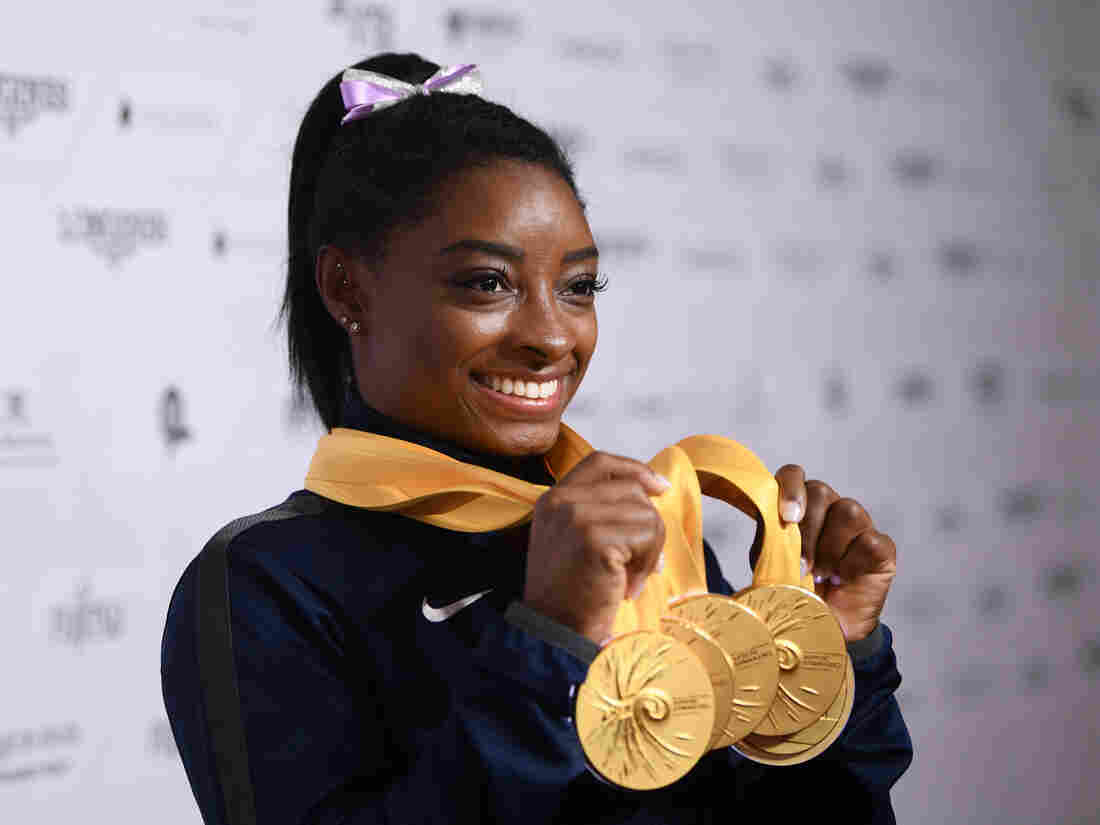 U.S. gymnast Simone Biles poses with her five gold medals at the 2019 World Championships in Stuttgart, Germany. With her wins, she becomes the most decorated gymnast ever at the world championships, with 25 total medals. Laurence Griffiths/Getty Images hide caption 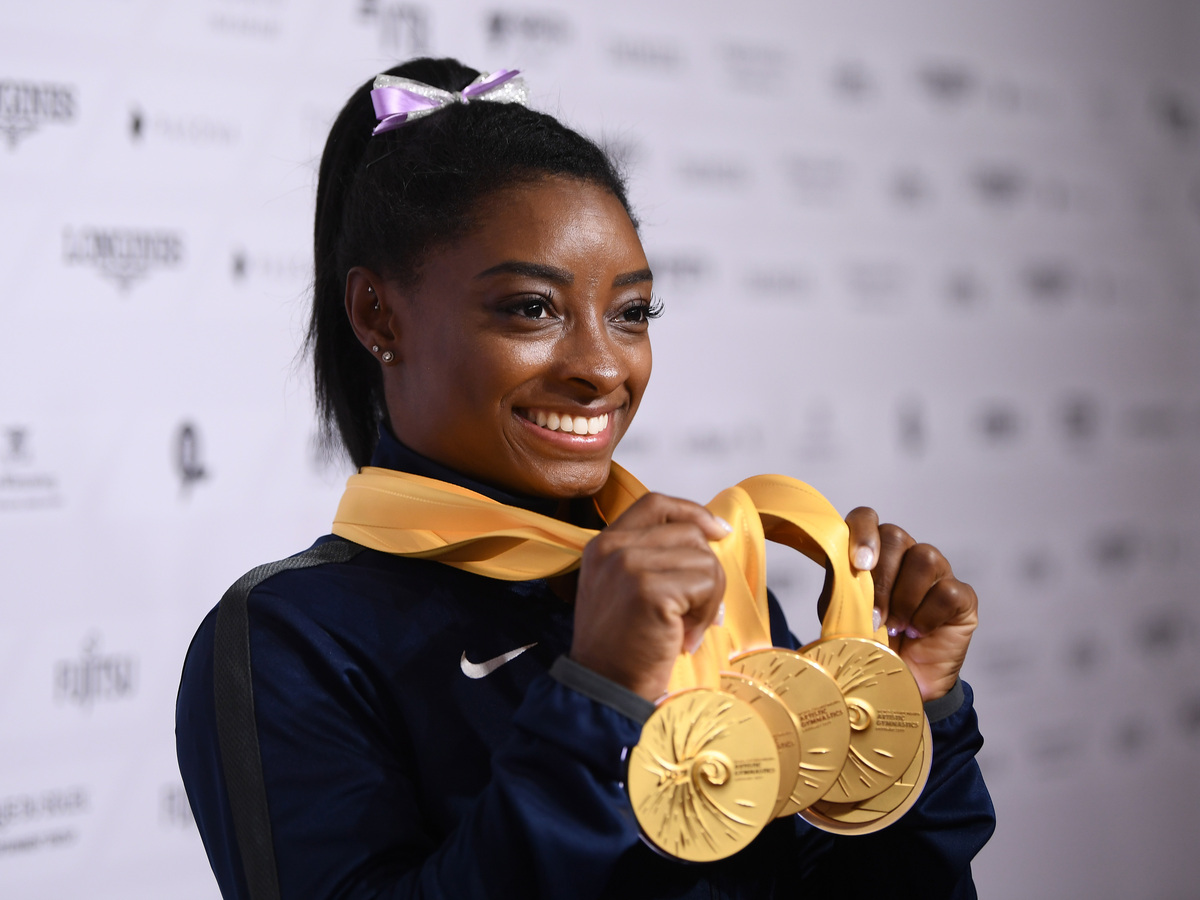 U.S. gymnast Simone Biles poses with her five gold medals at the 2019 World Championships in Stuttgart, Germany. With her wins, she becomes the most decorated gymnast ever at the world championships, with 25 total medals.

Simone Biles is the greatest gymnast of our time – or any time in history. She proved that Sunday at the World Championships, where she raked in her 24th and 25th world medals, both gold.

Biles, 22, took home five of the six golds to be won in Stuttgart, Germany, winning the top of the podium in team competition, all-around, and vault in addition to floor and beam. (On the uneven bars, she took fifth.)

A gold on the balance beam evaded Biles at the 2016 Olympics in Rio, and so she has her eyes on that prize next summer in Tokyo. The goal that appeared well within reach with her rock-solid performance on Sunday. She won the beam competition by more than half a point – even though she opted not to perform the difficult dismount that's named for her, a double twisting double back.

The dismount, called the Biles, became the subject of controversy in the days before the world championships.

FIG, the international governing body for gymnastics, decided earlier this month to award the dismount a difficulty rating just one tenth higher than the same move with one fewer twist. Many (including Biles herself) were critical of that decision, spurring FIG to release a statement in which it claimed the committee had made its decision in part out of concern for gymnasts' safety.

That rating led Biles to scrap the dismount on Sunday. "It's not worth the one-tenth (extra difficulty point). I'm sorry, it's just not," she said, according to The Associated Press.

But on the floor, Biles soared with another element named for her: a triple-twisting double back. As NBC's announcer intoned, Biles' floor routine was so packed with difficulty that she could have removed a twist from each tumbling pass and still won. Biles captured the event with a score of 15.133, a full point higher than her second-place U.S. teammate Sunisa Lee.

Biles beamed as the five golds adorned her neck.

And those 25 medals she's collected from the worlds? "It's older than my age, so I'm pretty thrilled with it," she said.