Accessibility links
Women Look To Close Inventor Gender Gap Women earn approximately half the PhD awarded in this country, but they account for only about 12 percent of patented inventions. Some are working to change that.

Women earn approximately half the PhD awarded in this country, but they account for only about 12 percent of patented inventions. Some are working to change that. 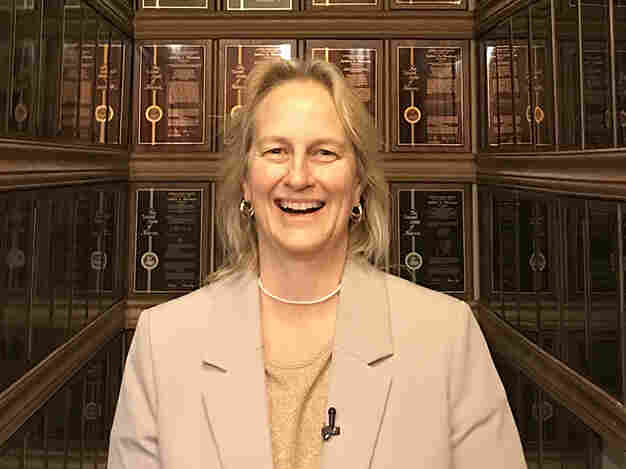 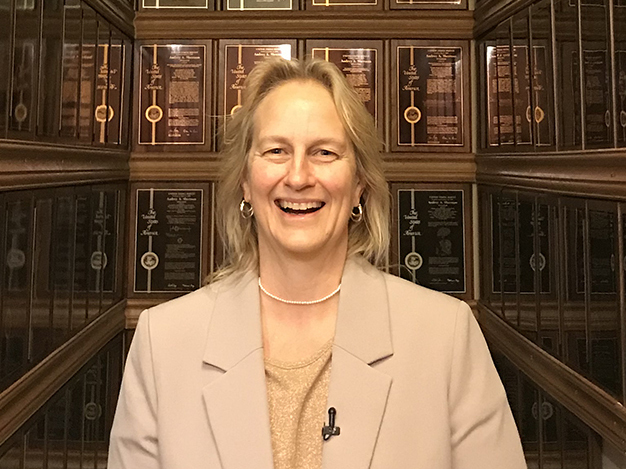 Even though about half of all Ph.D.s in the United States are awarded to women, only 12% of patent inventors are female. That's according to the latest statistics from the U.S. Patent Office, and Mercedes Meyer thinks she knows why that is.

MERCEDES MEYER: We are being categorized at a young age, and we are being domesticated into a mindset of girls don't do that. Girls don't invent.

PFEIFFER: Meyer is a lawyer, not an inventor. But she and some colleagues at the Intellectual Property Owners Association have written a roadmap for changing that statistic. NPR's Joe Palca has been exploring the minds and motivations of scientists and inventors as part of his series Joe's Big Idea. Today, he has this look at two inventors who are role models for what Meyer is trying to accomplish.

JOE PALCA, BYLINE: Audrey Sherman grew up in St. Paul, Minn. She got drawn into a life of invention when she was in high school. A scientist from the local company 3M came to talk to her class.

AUDREY SHERMAN: She said, I cook all day, and I drive a sports car.

PALCA: By cook all day, Sherman says the 3M representative meant she spent all day cooking molecules. And driving a sports car meant she was making big bucks doing it.

SHERMAN: And that was it. I was, like, I'm doing that (laughter).

PALCA: Later that year, a 3M recruiter came to the school looking for students interested in a summer internship. Sherman didn't make it into the official interview list, but she showed up in the library anyway where the recruiter had set up shop.

SHERMAN: He saw me sitting there, and he says, oh, I was just ready to leave, but come on up. Years later, he told the story of closing his briefcase and seeing this little girl on the edge of her seat just bouncing and bouncing and bouncing. And he knew he couldn't leave without talking to her. And that was me.

PALCA: Sherman and 3M were made for each other. Even before she graduated from college, she went to work there designing new kinds of tape.

PALCA: For some applications, she designed tape that stuck tighter. For others, she made tapes that peeled off easily. And along the way, she started amassing patents.

PALCA: That makes her fifth-most in the company.

SHERMAN: I'm going to try to go for number one.

PALCA: Another woman who found her way to the top is an inventor is Lisa Seacat DeLuca. She grew up in Helena, Mont. Her first brush with inventing was even earlier than Audrey Sherman's.

LISA SEACAT DELUCA: In second grade, our teacher had a challenge where she asked all of us to come up with an invention idea and create a prototype. And I was thinking, OK. What could I invent? And I hated when it would rain because in Montana, it gets really cold rain, and it's really windy. So I invented this umbrella that extended from my head all the way down to the ground. But my prototype was really cute. It was like a plate with a shower curtain taped around it.

PALCA: That invention never really took off, but it was a start. Seacat DeLuca left Montana to study computer science at Carnegie Mellon University in Pittsburgh. Her work caught the eye of IBM, and she got an internship that led to a job with the company as a software engineer. Inventing hadn't really crossed her mind until she noticed that her supervisor had been awarded a patent.

SEACAT DELUCA: I was, like, wow. This person I'm working for is a genius. He's an inventor. And I started walking around all my - you know, getting to know all my colleagues, and everyone had one. So then it became a - you know, that's amazing that this person's an inventor, too. I am going to be an inventor.

PALCA: Seacat DeLuca started thinking about the software she was designing and what bits of it were patentable. She now holds more than 500 patents. She says inventing is just a way of solving problems.

SEACAT DELUCA: As a young kid, you think about inventors, and you think about a lot of old, dead guys, right (laughter)? You think of these people like Edison that have made what life is what it is today, and it's hard to put yourself in their shoes and think of yourself as growing up to someday be an aspiring inventor. And so when I saw regular people being inventors, it just changed my whole perspective on what it meant to be an inventor.

PALCA: Seacat DeLuca doesn't say she's a successful inventor because she's a woman. But she agrees it would be great if there were more women inventors.

PALCA: For her part, Audrey Sherman says acknowledging that there is a problem with too few women inventors will help solve the problem.

SHERMAN: Raising the awareness is the first thing. First you say it, then you do it.

PALCA: Sherman and Seacat DeLuca both say if companies open the door to becoming an inventor to everyone, women are sure to walk through it.