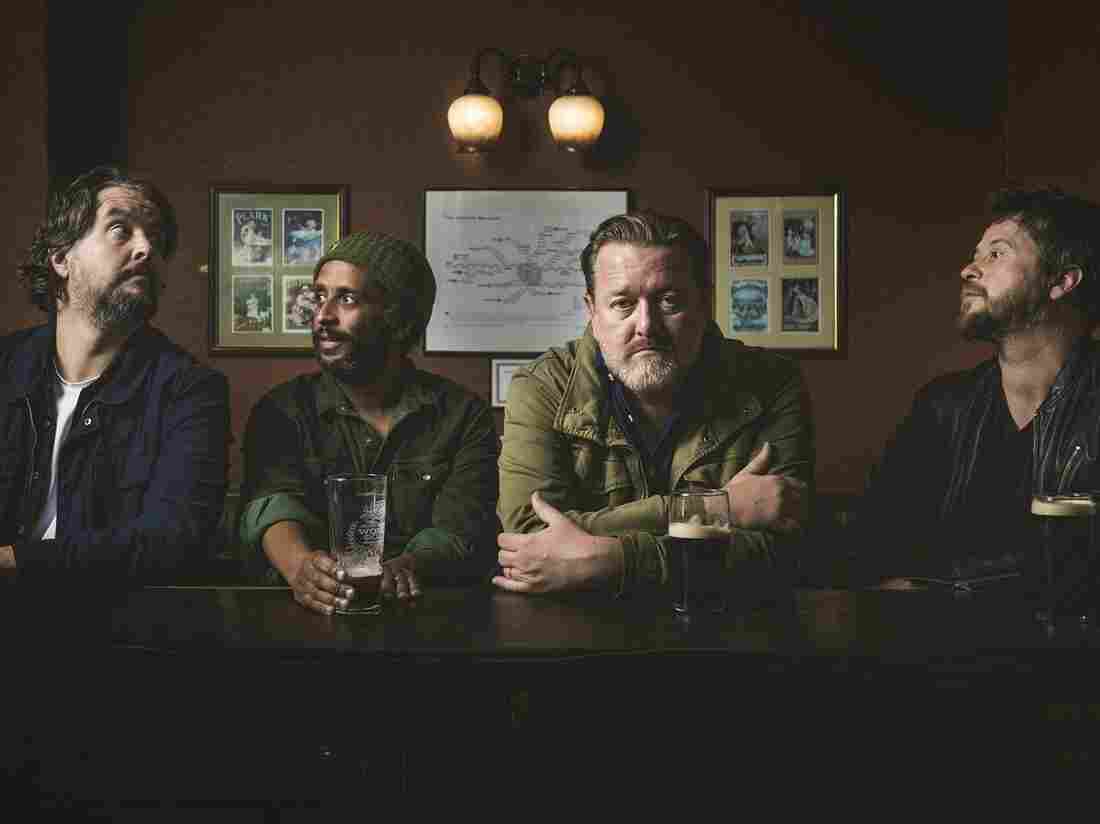 Elbow's eighth studio album, Giants of All Sizes, is out now. Peter Neill/Courtesy of the artist hide caption 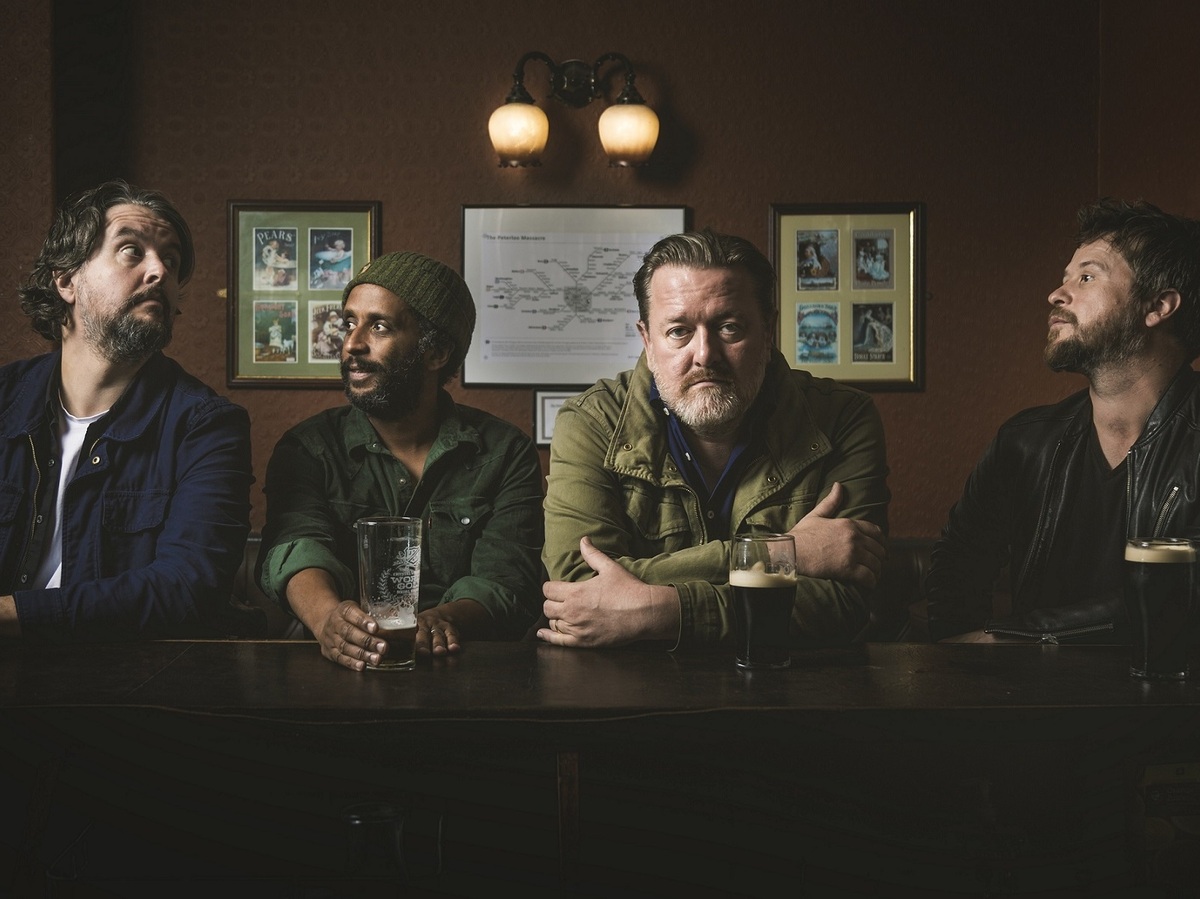 Elbow's eighth studio album, Giants of All Sizes, is out now.

Peter Neill/Courtesy of the artist

The Mercury Prize-winning band Elbow has just released its eighth studio album, Giants of All Sizes. It's an exploration of mourning in terms both personal and political, as lead singer and lyricist Guy Garvey grapples with the loss of his father alongside such tragedies as the bombing in the band's hometown of Manchester in 2017 and what Garvey calls the "absolute cultural disaster" of Brexit.

"The most damaging thing about wedge-issue politics is that people become entrenched in their opinions to the point where they can no longer debate," Garvey says. "We all feed ourselves the news we want to hear. So now we have a situation where both halves of the country think the other half [are] not just wrong, but thoroughly bad people."

England leaving the E.U. is the subject of Elbow's "Empires," in which Garvey sings, "Empires crumble all the time." He's not referring to the U.K. so much as the European Union at large.

"If we leave Brexit and don't suffer for it," Garvey explains, "Then Portugal, Italy, Greece and Spain will follow. And then the European experiment is over. That would be an empire crumbling."

In the emotional landscape of Giants of All Sizes, it's not all bleak. Garvey has previously described the record as having a huge-but-bruised heart and agrees that finding joy in simplicity is one of the main themes of the record, especially on "Weightless."

"I sing 'Weightless' to my son about my father," Garvey says. "That lyric is really simple. I couldn't expand or improve on it, so I just repeat the whole thing. It says, 'Hey, you look like me / So we look like him / And when the time came / Just as you are / He was weightless in my arms.'

"I simply mean that it was so easy to love him in the end, where it hadn't always been," Garvey continues. "You know, I think most people have a complicated relationship with at least one of their parents. But towards the end, in the tangle and the summing up of the man, he was a great bloke. And [my son's] arrival made dad's passing part of life rather than the end of it."

Elbow set out to "make a dark record full of angst, anger and mourning." At the end of the day, however, Garvey couldn't help but offer a note of hope at the end of it.

Giants of All Sizes is out now. Elbow will kick off its North American tour in January.