Accessibility links
Review: 'The Man Who Saw Everything,' By Deborah Levy Deborah Levy's new book considers themes of objectification, betrayal and focus, centered on a historian who goes to East Berlin and finds himself both the observer and the observed.

'The Man Who Saw Everything' Is An Eye-Opening Read

'The Man Who Saw Everything' Is An Eye-Opening Read 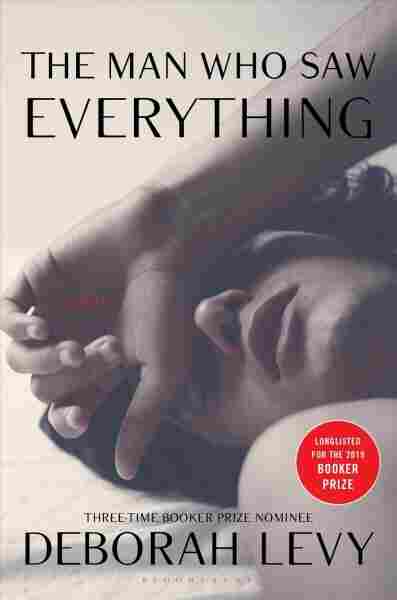 The Man Who Saw Everything

Title
The Man Who Saw Everything
Author
Deborah Levy

Deborah Levy is a risk-taker — in both her life and work. Her recent memoir, The Cost of Living, offered a gutsy take on finding her footing and voice in a world in which women are often relegated to supporting roles. With her new novel, The Man Who Saw Everything, she pulls off something even trickier, plunging us into a sometimes-confusing narrative that involves a man who actually sees nothing clearly. Her anti-hero, Saul Adler, is an addled British historian who blurs the boundaries between past and present, East and West, love and carelessness, reality and fantasy, life and death, and binary sexual orientations.

Levy, a two-time finalist for the Man Booker Prize for her novels Hot Milk and Swimming Home, writes slim books that, per ounce, pack a surprising caloric density — like pine nuts. This one spans nearly 30 years, beginning in September 1988, when 28-year-old Saul, waiting for his photographer girlfriend, Jennifer Moreau, is grazed by a car that fails to stop at the black-and-white striped zebra crossing on London's Abbey Road. He's about to head to East Berlin for academic research on cultural opposition to the rise of fascism in the 1930s, and wants to bring a re-creation of the famous 1969 album cover for his translator's Beatles-obsessed sister.

The first half of the novel is largely about Saul's time in East Germany, where he nurses his body and ego, the former bruised by the Abbey Road scrape, the latter by Jennifer's sideswipes and breakup. He falls in love with his translator, Walter Müller, whose manic, unhinged younger sister, a nurse called Luna, pounces on him as a ticket to freedom. Levy plants baffling anachronisms throughout, including a cellphone at the 1988 accident scene and Saul's repeated assertions that the Berlin Wall will soon be history.

Saul is not just an unreliable narrator, he's an unlikable one — a self-centered narcissist who carelessly upends others' lives. Against a backdrop in which surveillance and paranoia are rampant, Levy explores parallels between political and personal history, questions of trustworthiness, and the discrepancies between how we see ourselves and how we're seen by others.

Confused In Midlife? You're In Good Company With 'The Cost Of Living'

When Jennifer, echoing the beef with men that Levy wrote about in The Cost of Living, tells Saul "the main subject is not always you," he retorts that by constantly photographing him, "you have made me the main subject." Jennifer later explains: "you were so detached and absent, the only way I could reach you was with my camera."

We eventually learn more about Jennifer's view of Saul when he gatecrashes the opening of her first New York solo exhibit and sees his body parts "floating in space and time" in her enormous triptych, "A Man in Pieces" — which would have made an excellent title for this novel.

Themes of objectification, betrayal, and focus come into play throughout Levy's book, beginning with one of its epigraphs, from Susan Sontag's On Photography: "To photograph people is to violate them, by seeing them as they never see themselves, by having knowledge of them they can never have; it turns people into objects that can be symbolically possessed." Literature, of course, can do the same.

Walter, too, is always looking at Saul — which Saul attributes to his good looks, though he also suspects that Walter has been assigned to monitor him closely and report on his activities to the Stasi. During a weekend at the family's dacha with Luna, Walter — who hasn't told Luna about his affair with her brother — sees himself reflected in her green eyes "as if I had become a double self, which in a sense was right."

Levy's writing is playful, smart, and full of memorable lines.

I am loath to write about the second half of this novel lest I spoil its carefully calibrated revelations. Suffice it to say that Levy brilliantly clarifies why the book takes us back to East Germany on the cusp of its dissolution. She also satisfyingly reveals what all those earlier confusing inconsistencies were about, and elucidates Saul's fascination with a copper relief sculpture of an astronaut called "Man Overcomes Space and Time" that he sees atop a tall building as he's about to leave East Berlin.

Levy's writing is playful, smart, and full of memorable lines. A requested can of pineapple that Saul neglects to bring for his deprived hosts becomes a metaphor for his shameful thoughtlessness — and a funny running gag. An unhelpful librarian has "a voice that resembled two hundred kilometers of barbed wire." The sharp repartee between Jennifer and Saul includes a witty variant of a chicken and egg joke: "Why did I cross Abbey Road so many times?" he asks her. "To have sex with me of course," she answers.

This is a novel we learn to read as we proceed. Weepy when he first meets Walter, Saul comments, "Obviously, in his view, I was paddling in the shallow end of life's problems." We later learn that this is one of many statements that are not exactly true. Saul is a damaged man who's in way over his head, a man who comes to realize that "It was true that I had no idea how to endure being alive and everything that comes with it. Responsibility. Love. Death. Sex. Loneliness. History." The Man Who Saw Everthing is his eye-opener — and ours.