Accessibility links
Death Toll Rises From Typhoon Hagibis More than 50 people are dead in the aftermath of Typhoon Hagibis, which dropped extreme amounts of rain over the weekend and caused catastrophic flooding in residential areas. 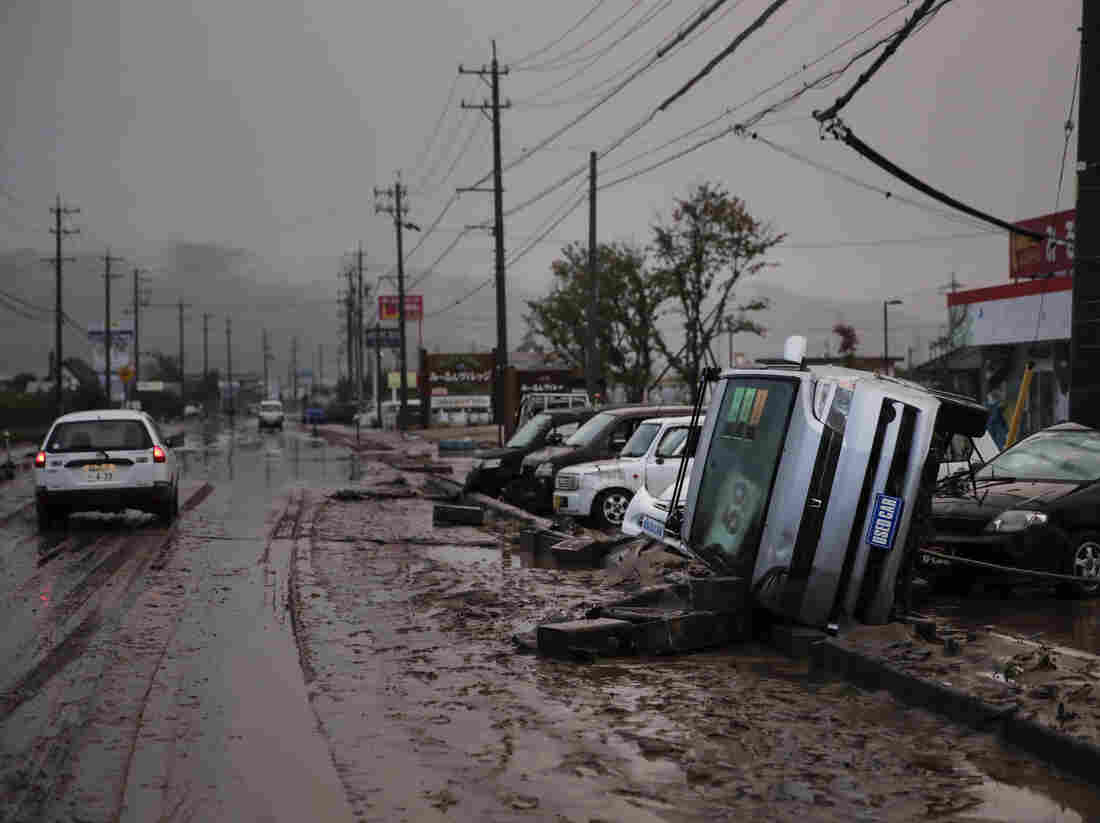 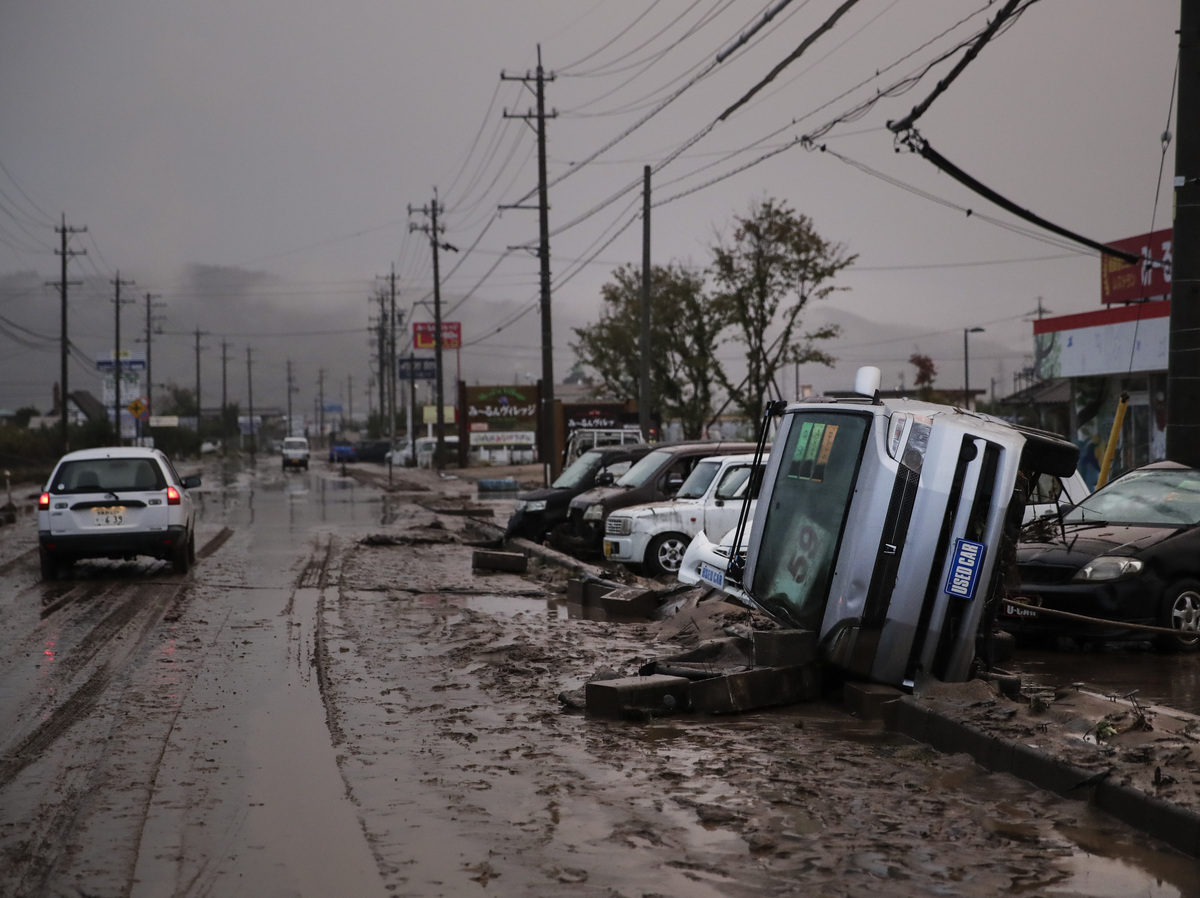 Typhoon Hagibis slammed into Japan over the weekend, dropping more than 35 inches of rain in some places and causing catastrophic flooding in communities in the region around Tokyo, as well as further inland.

Japanese public broadcaster NHK reports that the death toll from the storm is now at more than 50 people. That number could rise as the water continues to recede from residential areas, some of which flooded up to the roofs of houses after the storm caused rivers to jump their banks, breaking through levees and sending muddy water rushing into neighborhoods.

Nagano city in central Japan flooded after an embankment along the Chikuma river collapsed, NPR's Anthony Kuhn reports, and tens of thousands of military personnel were deployed to help rescue people who have been trapped by mud and water by raft and helicopter.

The typhoon is the most powerful to hit Japan since a record-setting storm that killed hundreds of people there in 1958.

Officials are warning that landslide risk is still high days after the storm made landfall. Saturated soil is unstable, and many of the hardest-hit areas are mountainous. At least one deadly landslide was reported by NHK outside Tokyo.

The mud from river flooding, and the ongoing threat of further mudslides, will make cleaning up from the storm a slog for residents who must hose down homes and businesses in order to assess the damage.

The ultimate cost of the storm won't be clear for weeks or months. But overall global costs from hurricane and typhoon damage have ballooned in recent years, driven by a combination of more frequent and severe storms, rising seas and global development along vulnerable coastlines.

In 2017, Atlantic hurricanes caused $230 billion in damage, mostly in the United States. Last year, typhoons in the Pacific caused record amounts of damage in Asian countries, topping $30 billion, according to the global reinsurance giant Munich Re.