Accessibility links
Kurds Turn To Syrian Regime Kurdish forces in northern Syria relied on American troops to help them maintain control of the region. Now, they are aligning themselves with Syrian forces that are backed by Russia. 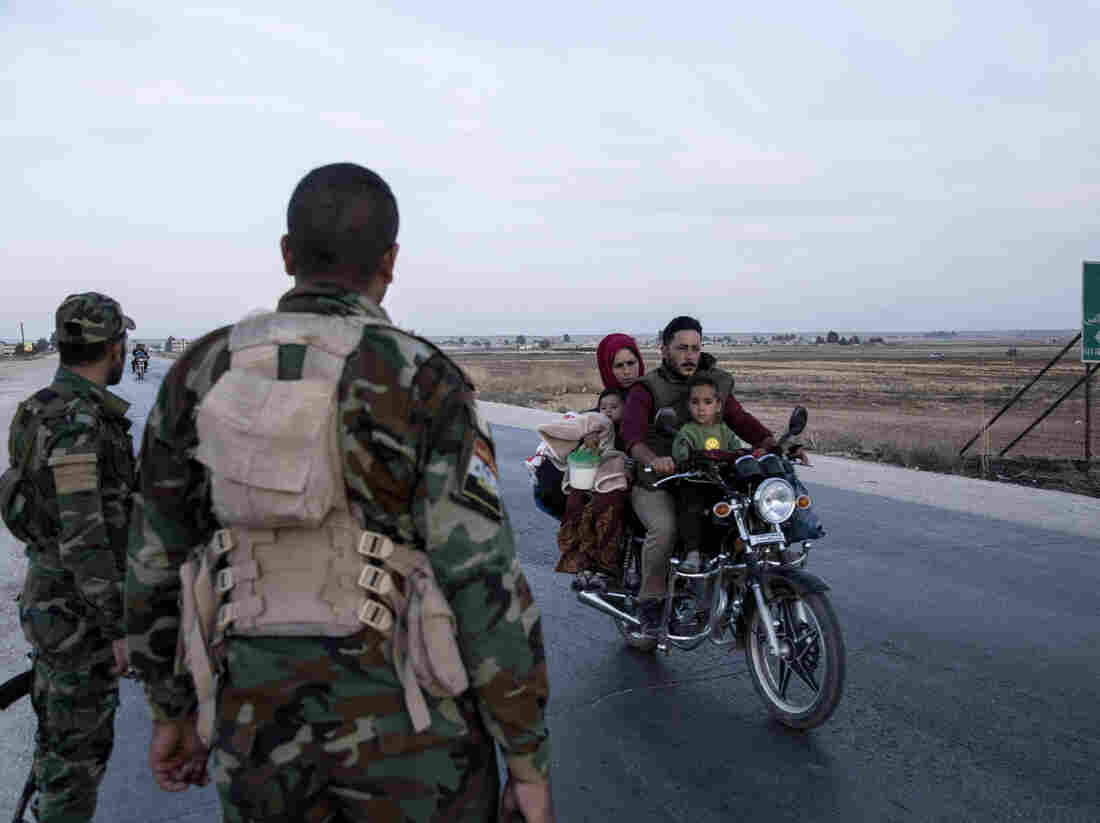 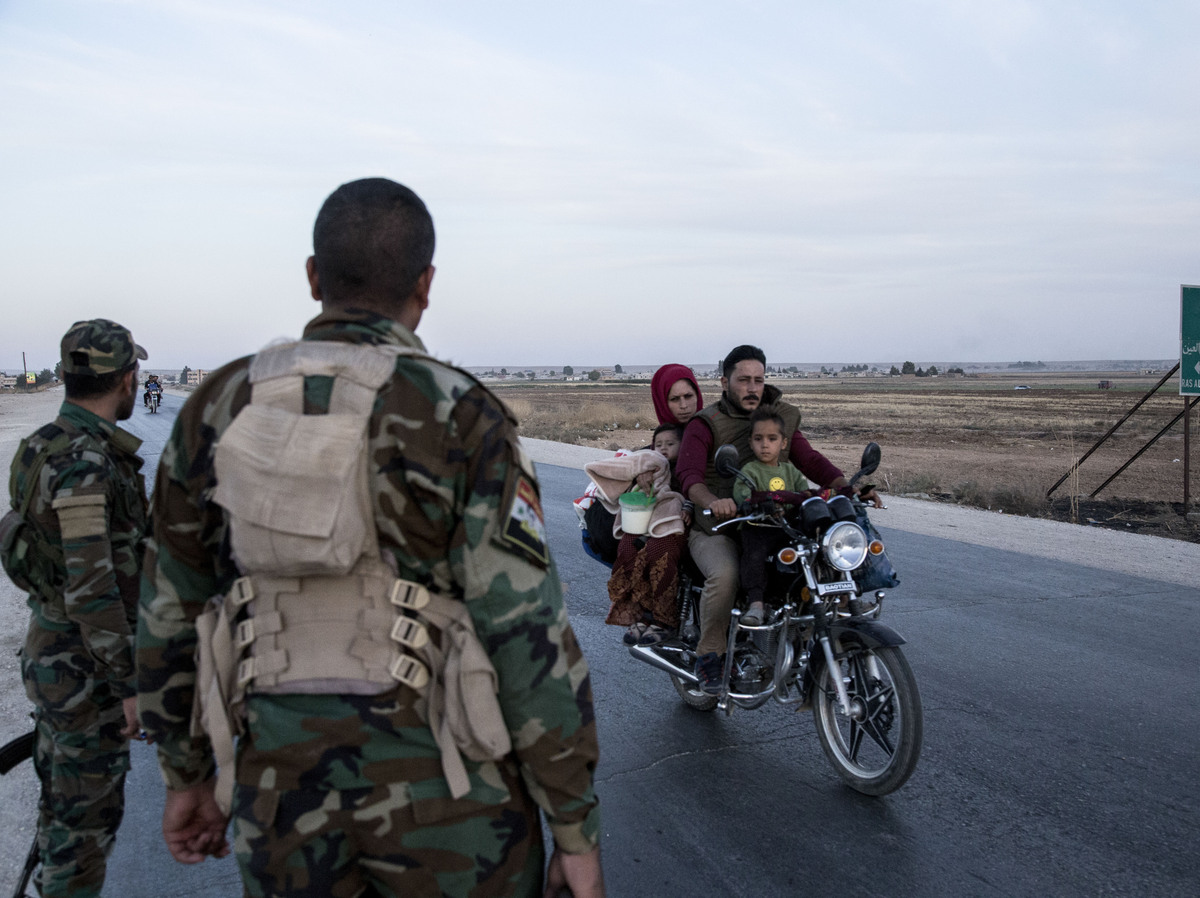 Syrian government troops on Monday moved into towns in northern Syrian formerly controlled by U.S.-backed Kurdish militants. That sets up a potential clash with Turkish forces.

Kurds in northern Syria have announced an abrupt change in alliances in the wake of President Trump's decision to withdraw U.S. forces from the area.

American soldiers had been supporting Kurdish fighters, as part of the U.S. military's operations against Islamic extremists in the region. But, with the U.S. already withdrawing, neighboring Turkey has launched an operation against Kurds in Syria, who they argue are terrorists.

Kurdish leaders responded by asking the Syrian regime for help, effectively pivoting away from an alliance with the U.S. and toward forces that are allied with Russia and Iran.

"It feels like a historic day," reports NPR's Daniel Estrin, who spent much of Monday in northern Syria before crossing the border into Iraq. "The Kurds found themselves in a tough situation. The Turks were coming in on them, and they realized they needed to make a deal with the Syrian regime to protect themselves."

Syrian government forces are moving quickly into northern towns that previously had been defended by U.S.-backed militants, according to the Syrian Observatory for Human Rights.

"It changes the terms of any fight that might be developing," reports NPR's Peter Kenyon from Turkey. "Russia and Iran are already Syria's most important allies. If it comes to clashes between Turkish and Syrian forces, will Russia come to Syria's defense?" 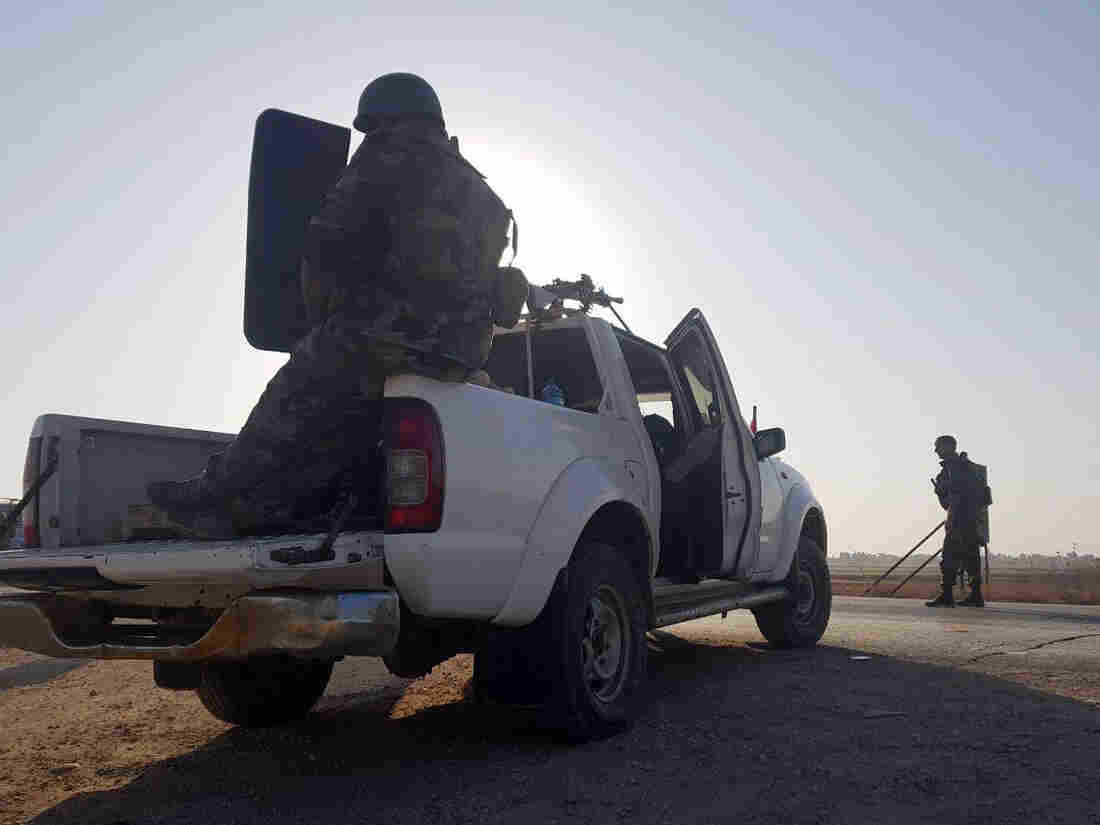 Syrian troops deployed in northern Syria, where they are now aligned with Kurdish forces that are concerned about a Turkish offensive. AP hide caption 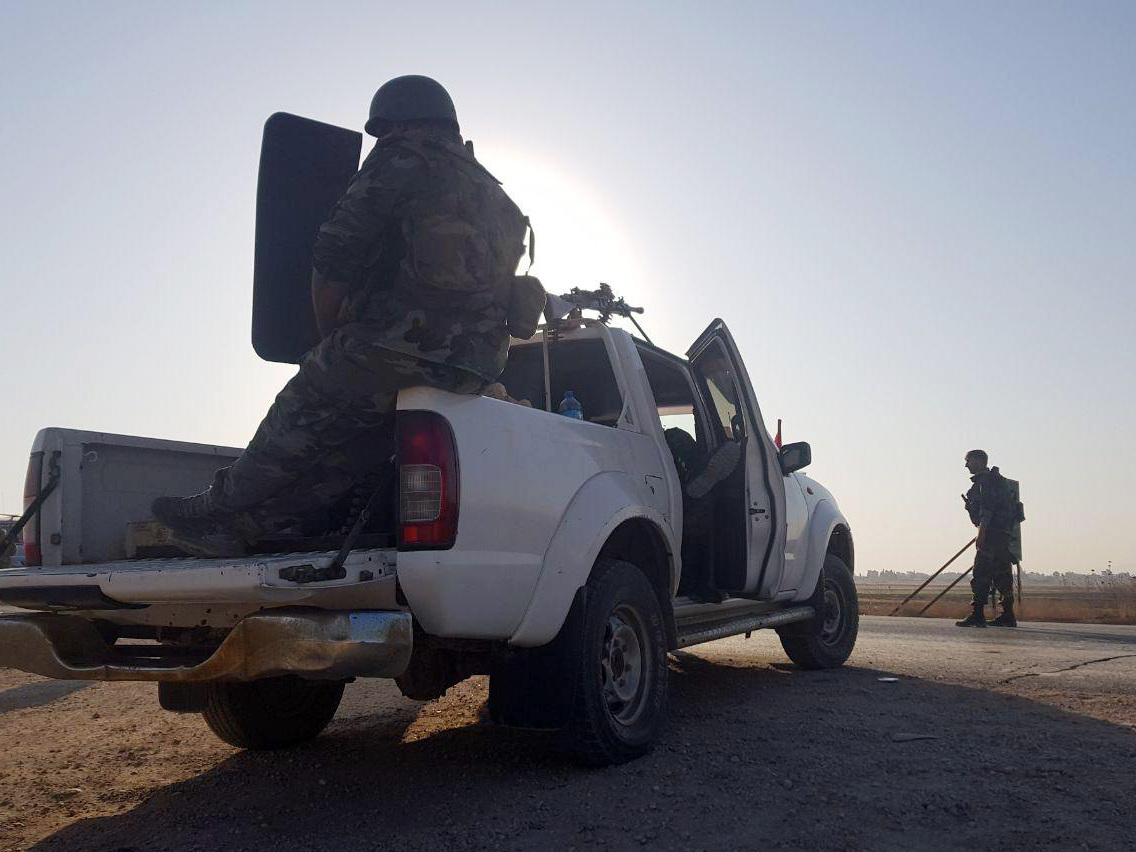 Syrian troops deployed in northern Syria, where they are now aligned with Kurdish forces that are concerned about a Turkish offensive.

Such clashes could strain the already-complex relationship between Russia and Turkey.

At a press conference on Monday, Iran's president, Hassan Rouhani, urged the Turkish government to reconsider its attacks on Kurdish forces. "We do not accept the method that they have chosen," he said, according to the Associated Press.

As Syrian troops moved into the area, some Kurdish soldiers reportedly left their posts, leading to the release of women and children who were being held for allegedly being related to ISIS fighters. It is unclear whether the security of other, higher-security detention centers in the region has been affected by the combined withdrawal of U.S. troops, the arrival of Syrian forces and the bombardment by the Turkish military.

A U.S. official told NPR's Daniel Estrin, and Syrian Democratic Forces confirmed, that Kurdish forces have relocated a few hundred ISIS prisoners away from the ongoing fighting. The prisoners were moved about 25 kilometers farther south, said the official, who spoke on condition of anonymity because he was not authorized to brief reporters on the ongoing conflict.

This comes as the Turkish military released a video of an empty ISIS prison in Tel Abyad, a Syrian border town Turkey has captured, and claimed Kurdish militants had freed the prisoners to fuel chaos.

Speaking at a meeting of the European Union's Foreign Affairs Council on Monday, French foreign affairs minister Jean Yves Le Drian expressed concern that the new alliances in the region could lead to a resurgence of ISIS, which had been significantly weakened by U.S.-backed Kurdish forces in recent years.

"We must not forget that we have been engaged in combat against [ISIS] since 2014, under American leadership with some 30 participating countries, many of them European," he noted.

Also on Monday, President Trump announced economic sanctions against Turkey, including a 50% tariff on steel. The president said in a long statement on Twitter, "I will soon be issuing an Executive Order authorizing the imposition of sanctions against current and former officials of the Government of Turkey and any persons contributing to Turkey's destabilizing actions in northeast Syria." The president also said he is putting on hold negotiations on a $100-billion trade deal with Turkey.

The escalating fighting and rapidly changing political landscape in the region has displaced tens of thousands of people, according to the United Nations, and is destabilizing humanitarian operations. "People are asking, 'Should I stay, or should I go?' " says Estrin.

The nongovernmental humanitarian group Mercy Corps says it is suspending its operations in northern Syria, where it has been providing food, water and other assistance to civilians since 2014.

"We just cannot effectively operate with the heavy shelling, roads closing, and the various and constantly changing armed actors in the areas where we are working," says Made Ferguson, the deputy country director for Mercy Corps.

A 19-year-old Kurdish barber in northern Syria told NPR that he is concerned that he and other young men could be jailed by the Syrian regime for failing to report for the Syrian military draft. Many Kurdish residents in northern Syria had hoped for more autonomous control of the region.

"There are a lot of questions about what this means for their autonomous region," Estrin explains. "For the last several years, the Kurds have run their own region. They have their own schools that teach Kurdish, symbols of their ethnicity, Kurdish on street signs. These are all things the Syrian regime used to oppress when they were ruling here, and now the Syrian regime is coming back."