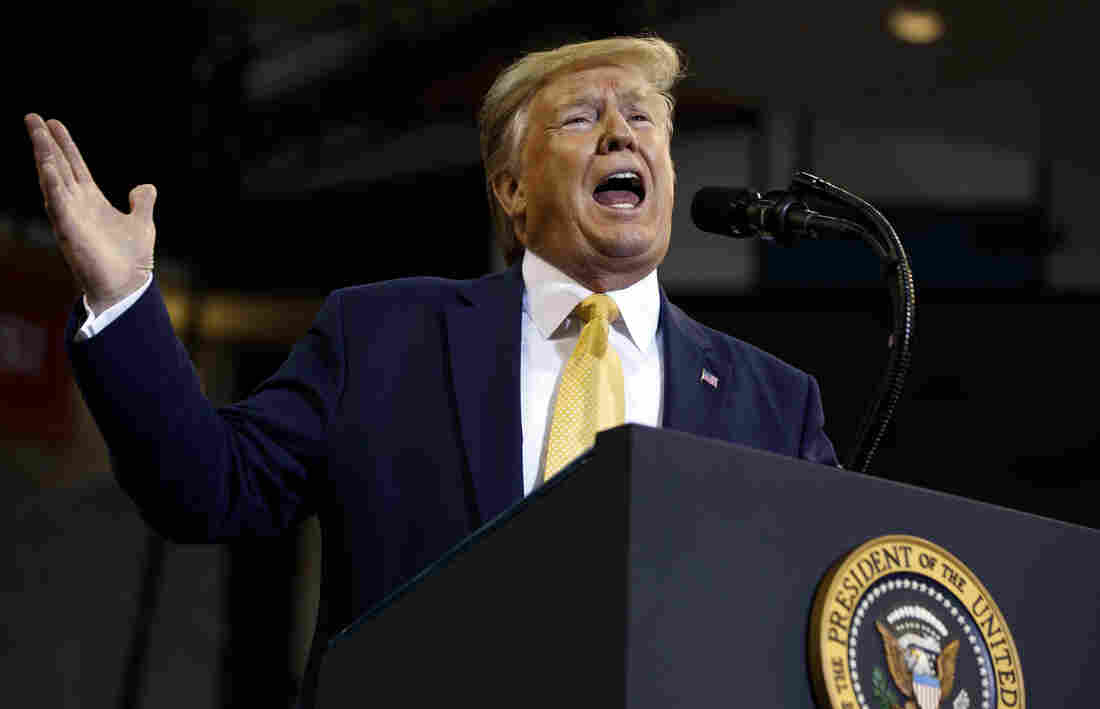 President Trump frequently criticizes the media at his campaign rallies like this one in Louisiana on Friday. His spokeswoman condemned a video that used a fake image of the president attacking opponents and the media. Evan Vucci/AP hide caption 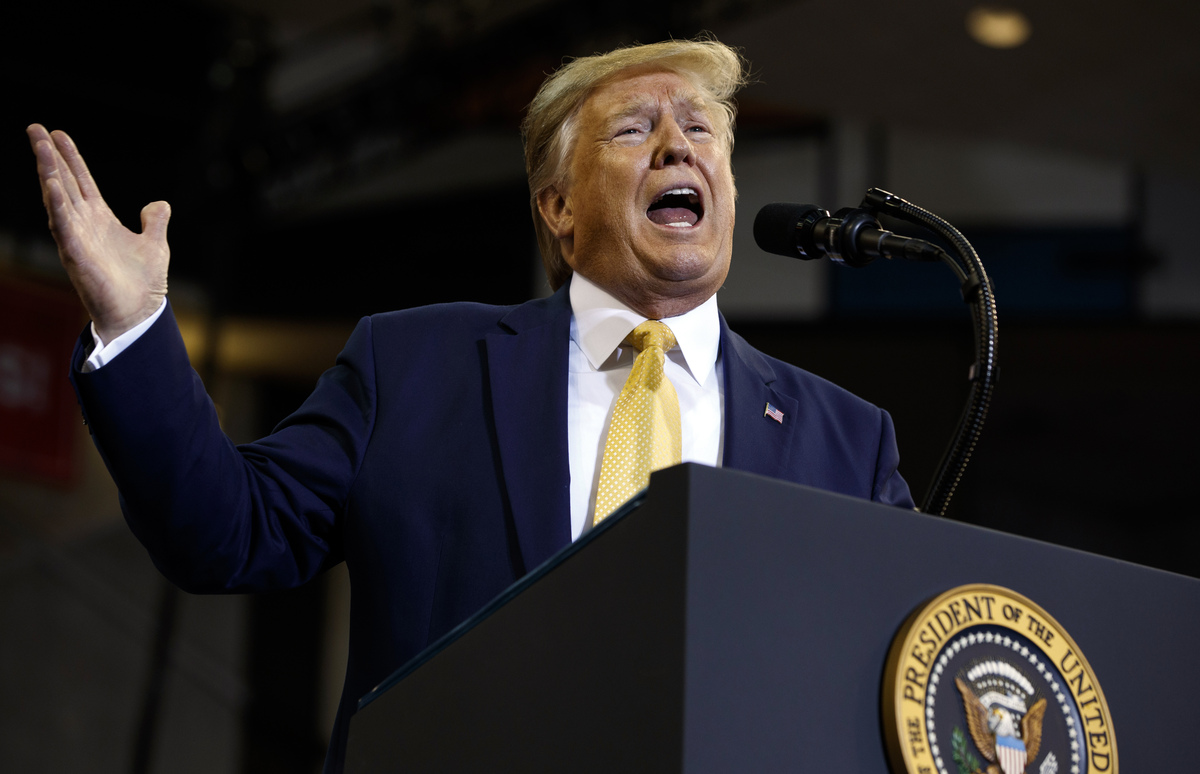 President Trump frequently criticizes the media at his campaign rallies like this one in Louisiana on Friday. His spokeswoman condemned a video that used a fake image of the president attacking opponents and the media.

A disturbing video depicting President Trump shooting, stabbing and setting on fire critics and the media was played at a conference held by a pro-Trump group at his Miami resort.

The video rampage was shown during a three-day conference held by American Priority at Trump's National Doral Miami, according to the organizers.

In the parody video, Trump's head is superimposed on the body of a man opening fire inside the "Church of Fake News," according to The New York Times, which first reported the playing of the video.

The churchgoers' faces have been edited to include several political critics, including the late Sen. John McCain, R-Ariz.; Bernie Sanders, I-Vt.; Rep. Maxine Waters, D-Calif.; and Hillary Clinton, as well as logos of various news organizations, including CNN, The Washington Post, Politico and NPR.

White House Press Secretary Stephanie Grisham said in a tweet Monday morning that the president had yet to see the video but that he condemns the contents based on reports. She said he would see it shortly. Trump has yet to respond directly.

Re: the video played over the weekend: The @POTUS @realDonaldTrump has not yet seen the video, he will see it shortly, but based upon everything he has heard, he strongly condemns this video.

According to the Times, the climactic ending of the bloody rampage involves the fake Trump driving a stake into the head of a person who has the CNN logo for a face. He then stands and smiles as he looks around.

The clip appears to be edited from a church massacre scene in the 2014 movie Kingsman: The Secret Service, the Times reported.

The White House Correspondents' Association called on Trump to denounce the video. And CNN said anything less than a strong denouncement would equate "to a tacit endorsement of violence and should not be tolerated by anyone."

"The WHCA is horrified by a video reportedly shown over the weekend at a political conference organized by the President's supporters at the Trump National Doral in Miami. All Americans should condemn this depiction of violence directed toward journalists and the President's political opponents," Jonathan Karl, president of the association, said in a statement. "We have previously told the President his rhetoric could incite violence. Now we call on him and everybody associated with this conference to denounce this video and affirm that violence has no place in our society."

Cindy McCain, John McCain's wife, tweeted her "outrage" and said the images violate "every norm our society expects from its leaders."

The video is similar to one that went viral in 2017 that depicted Trump body slamming CNN's logo during a wrestling match. That year, Trump also shared, then deleted, a Twitter post of a cartoon of a train running over a person with a CNN logo covering the person's head.

Trump has repeatedly attacked reporters at his campaign rallies and referred to members of the media as the "enemy of the people."

This month, Trump amped up his rhetoric against the media as coverage of the House Democrats' impeachment inquiry intensified. While Trump has long called the media "fake news," he has recently resurrected the phrase "the corrupt media."

An NPR analysis finds Trump's use of heated phrases including "lamestream media," "bullshit," "coup," "treason," "enemy of the people" and "corrupt media" jumped considerably beginning in March of this year. October is on pace to set a record.

The organizer of the conference, American Priority, confirmed in a statement that "an unauthorized video was shown in a side room" at the festival but that it was not approved or sanctioned by the group.

"AMPFest19 always has and always will condemn political violence," Alex Phillips, organizer of the event, said in the statement.

Phillips did not say how the video was able to be shown or who produced the video.