Accessibility links
How To Run For Office: Tips For A Winning Campaign You're motivated to make a change and run for office. But where do you even begin? NPR politics reporter Miles Parks explains how to navigate campaign fundraising, door-knocking, and building a "kitchen cabinet." 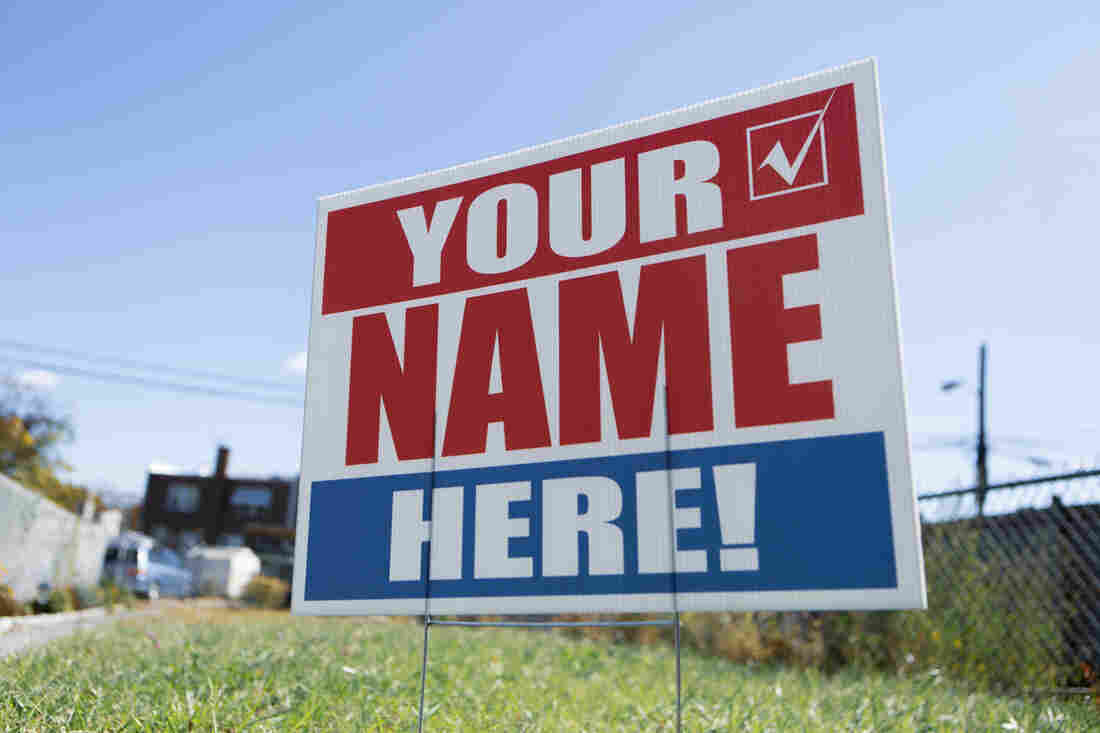 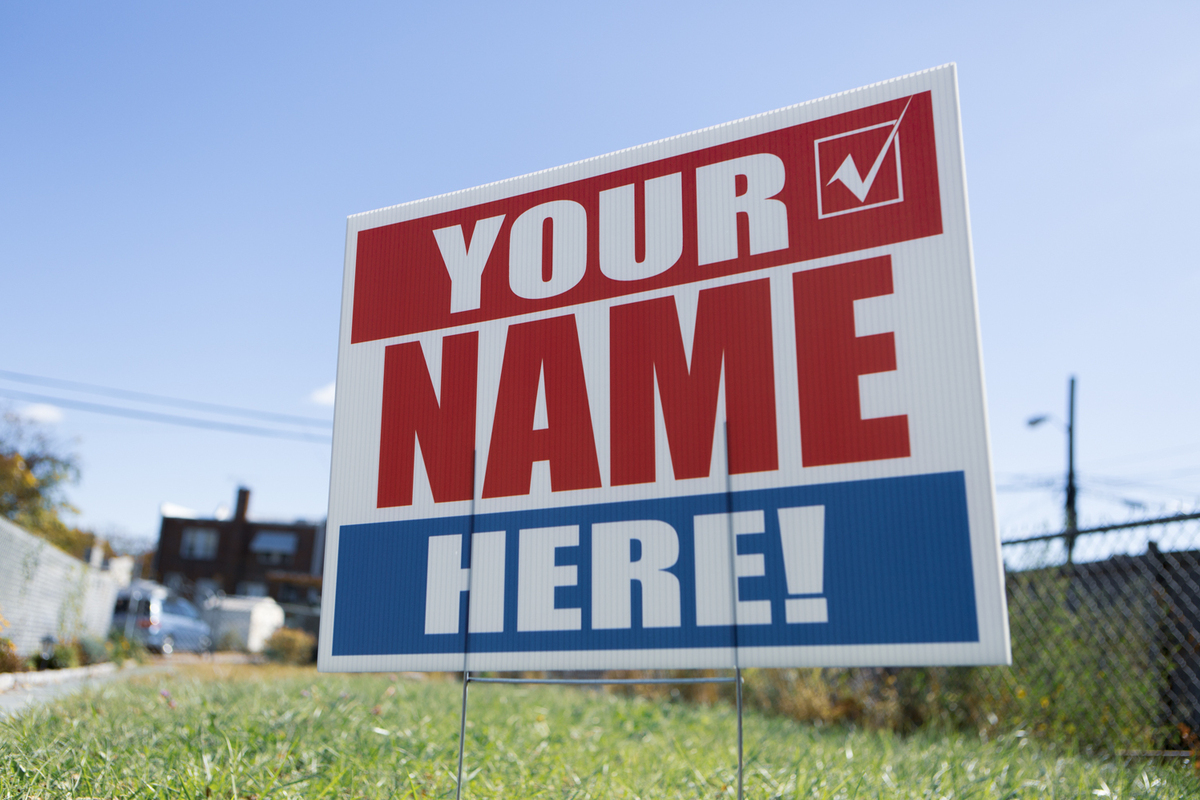 If you've ever thought about running for office — your town council or school board, the state legislature, even Congress, this guide is for you. We'll tell you where to start and how to navigate everything from campaign fundraising to building a "kitchen cabinet."

1. You don't have to know everything before you run. And you don't need to be rich.

What matters is that you care enough to run. That's according to former Massachusetts State Senator Marian Walsh, who wrote a book about how to win public office. She never lost an election throughout her three-decade political career.

"There will always be people in any arena who will know less and know more than you," Walsh says. "The question is, do I care enough? And am I willing to do more of both. More caring and more learning."

If you're running for local office, you're going to want to ask questions — to people who have run before, your supervisor of election, people who have done the job, even the person who currently holds the office. What was their day-to-day like? How big was their team? How much money did they raise? What did they do to campaign? Is the election a partisan race? Be a sponge.

A number of organizations like Veterans Campaign, Run For Something, The Campaign Workshop and American Majority also run campaign bootcamps across the country for people to learn the basics of running for elected office, so that's an option if you want a place to ask questions and meet people who could be resources.

3. Figure out your win number and your vote goal.

You're running to win, but that doesn't mean you don't need to get everyone to vote for you. You just need more votes than your competitor. How many votes is that?

Here's how to calculate it: Find the turnout numbers from the last few similar elections and average them. Then multiply that number by the number of registered voters in your jurisdiction. You'll want to aim for more than 50% of whatever that number is. Here's a worksheet, from the Conservative candidate training organization American Majority, you can use to calculate it.

You'll also need to figure out how to get on the ballot. This varies by jurisdiction, but a good place to start is your state's secretary of state website or your own county elections website. From there, you should be able to download the forms you need and find the deadlines. Don't miss your deadlines!

4. Build your own campaign staff and don't ever turn down help

Your team should be a mix of people who know you well and people who know campaigns well. Every race is different, but you'll probably want to find someone to manage money, a communications director and a volunteer coordinator. And every team needs a campaign manager.

After the big roles are filled, there are plenty of smaller tasks that need to be powered by humans: literature drops, phone calls, building and installing signs, knocking on doors, making food, etc. When people offer to help, give them a job.

Marian printed postcards that allowed people to write their contact information, and just check a box of what job they wanted. NationBuilder has a template for a similar system online.

5. Campaigns, even in this modern era, are won in person.

From door-knocking to big gatherings, a five-minute conversation goes a long way. When people see your name on the ballot — you want them to know who you are and what you stand for. Your campaign should keep track of every interaction with someone who might be interested in helping you or voting for you.

In larger districts, you won't be able to meet everyone. So focus on the people who are most likely to support you.

"You're not trying to get a shutout every single football game, you need to score more points than the opponent," says Matt Batzel, the National Executive Director of American Majority. "So the goal is to win the election by getting more votes than your opponent."

Go to your local elections office and request targeted info. It might cost money, but you should be able to get the party registration and addresses of registered voters in your district so you know where to campaign most efficiently.

In a lot of cases, fundraising is the difference between a winning and a losing campaign. You might not think you need that much money, but think through your expenses — from a website domain to a campaign office to stamps — and set a goal for how much you need to raise.

In general, people won't just offer you money, you're going to have to be the one to make the ask. But remember, you're not asking for money for yourself, you're asking for money to support change that you and the donor believe in. People often feel more connected to your campaign and motivated to help if they have a financial stake, even a small one.

"Campaigning is all about asking," says Bushra Amiwala, who serves on the Skokie School Board in Illinois. She is the youngest Muslim elected official in the U.S. "Once I believed in myself and my ability to serve, it became very easy to ask someone else to do it too."

Before you get started, remember to look up campaign finance laws for your state. How much you can raise? How much can an individual donate? How should you log your donations?

7. And finally, get out the vote before the election

This is really different depending on how your district votes. Whether it's in person on election day, or early, or by mail. The important thing is that you don't assume everyone you talked to is going to get out and vote for you — you have to ask them to.

(These takeaways are excerpted from the Life Kit podcast episode "How To Run For Office." For the full rundown, subscribe to Life Kit here or listen to the audio at the top of the page.)