Accessibility links
Fort Worth Officials Apologize After Atatiana Jefferson's Death Atatiana Jefferson, 28, was shot and killed in the confines of her own home by police officer Aaron Dean, who resigned Monday. Dean has been charged with murder. 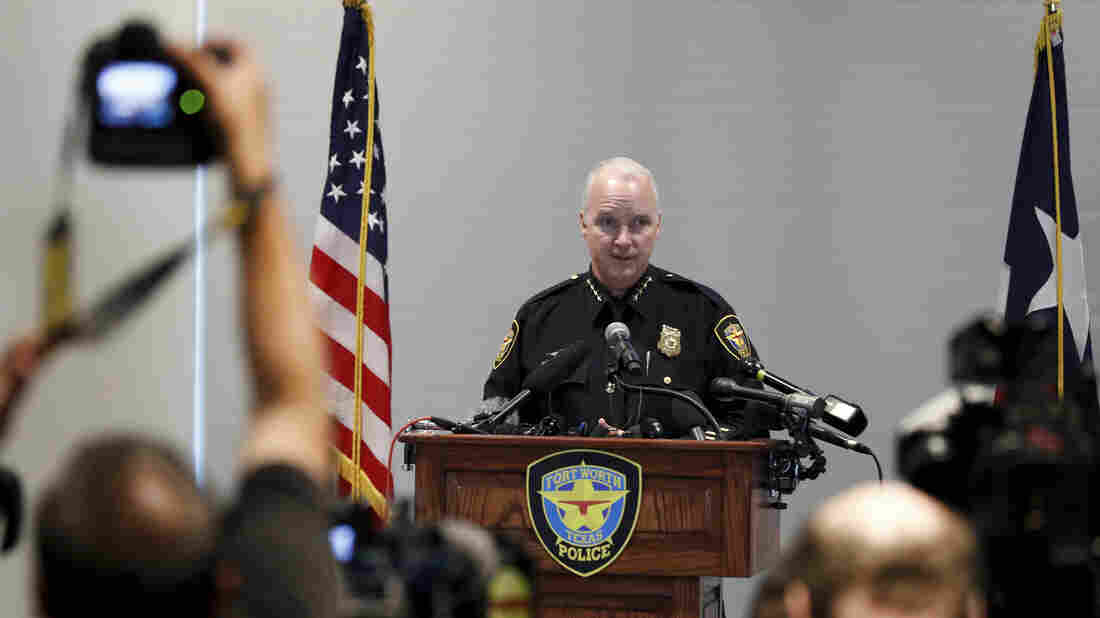 At a news conference on Tuesday regarding the death of Atatiana Jefferson, Fort Worth interim Police Chief Ed Kraus apologized to Jefferson's family and said the officer who shot her will be held responsible for his actions. Tony Gutierrez/AP hide caption 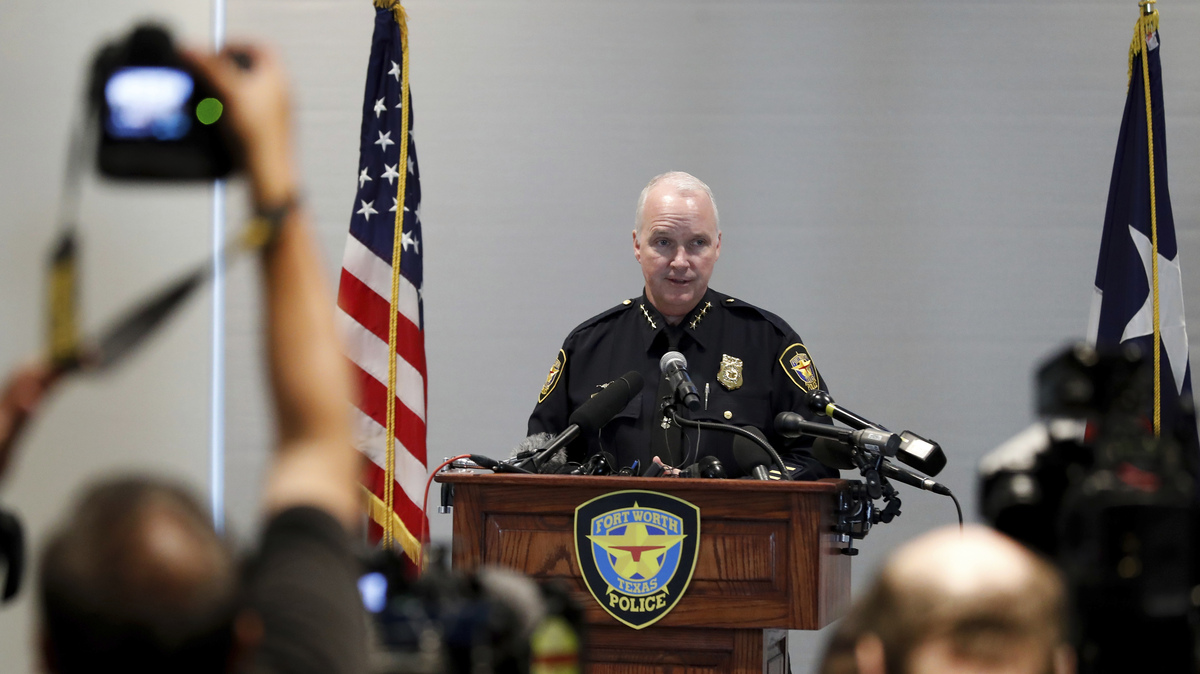 At a news conference on Tuesday regarding the death of Atatiana Jefferson, Fort Worth interim Police Chief Ed Kraus apologized to Jefferson's family and said the officer who shot her will be held responsible for his actions.

The interim chief of the Fort Worth Police Department apologized on Tuesday to the family of Atatiana Jefferson in the aftermath of her fatal shooting by a police officer while she was in her home.

"This incident has eroded the trust that we have built with our community and we must now work even harder to ensure that trust is restored," said Interim Police Chief Ed Kraus.

Aaron Dean, the officer who shot Jefferson, resigned from the department and has been charged with murder.

Kraus said that there is "absolutely no excuse" for the incident and that Dean will be held responsible for his actions.

He asked the Fort Worth community to not allow the incident to reflect poorly on the entire police department.

"The officers are hurting," he said. "They try hard every day to try to make this city better."

Jefferson, a 28-year-old black woman, was at her home playing video games with her 8-year-old nephew when police officers responded to an "open structure call" made by a neighbor early Saturday morning who noticed a front door open early in the middle, which he said was an unusual sight.

Body camera footage released by the police shows Dean, a white man, outside the home, looking into Jefferson's bedroom window with a flash light and shouting, "Put your hands up! Show me your hands!" before firing a single bullet that killed Jefferson.

According to an arrest warrant released on Tuesday, Jefferson's 8-year-old nephew heard suspicious noises in the backyard early Saturday morning. That prompted Jefferson to retrieve her handgun from her purse.

As she moved closer to the window of her bedroom, she had her gun pointed toward the window when Dean fatally shot her, according to the charging document.

It is unclear if Dean saw her weapon through the glass before he shot her.

Police have said that Jefferson had a right to arm herself if she felt threatened in her own home.

Kyev Tatum, a pastor and community activist who was on the scene shortly after the shooting, said holding a weapon in one's home should never be used to justify the use of deadly force.

"If you hear some noise in your backyard early in the morning when you're with your 8-year-old nephew, well of course anyone in their right mind is going to try to protect themselves and others, especially a child," Tatum said on Sunday, a day after the shooting.

Fort Worth Mayor Betsy Price told NPR that she empathizes with Jefferson's family and criticized the police officers involved for not following proper procedure. "Even the body cam footage, it's hard to see exactly what that officer saw," said Price. "But it's horrifying, as quick as he shot. He didn't identify himself as a police officer."

Taking a moment with the family of #AtatianaJefferson reminiscing on childhood memories. The 4 of them were called the “A-Team” b/c their names start with the letter A. They are grieving but they are fighting to. We have to keep it up. #itsonus pic.twitter.com/mqzij2U2vt

Jefferson's family is calling for an independent investigation so that the Fort Worth Police Department is not investigating itself. The mayor told NPR she disagrees with the reasoning and said that she trusts internal affairs to make the right decisions.

Dean has been released on bail ahead of his trial. The police chief has asked the Federal Bureau of Investigation to examine the deadly episode for possible civil rights violations.

The shooting instantly sparked fear and outrage in Texas' black communities. Many drew similarities from this incident to the death of Botham Jean, who was killed in his own apartment by Dallas police officer Amber Guyger. Earlier this month, Guyger was sentenced to 10 years in state prison.

A previous version of this story misspelled Ed Kraus' last name as Krause.