Accessibility links
What Monkeys Can Teach Us About Humans What makes the mind of a human different from that of other animals? Psychologist Laurie Santos says we can't know the answer to that question if we only study humans. This week, we turn to Laurie's work with monkeys to understand which parts of human behavior are distinct, and which we share with other species. 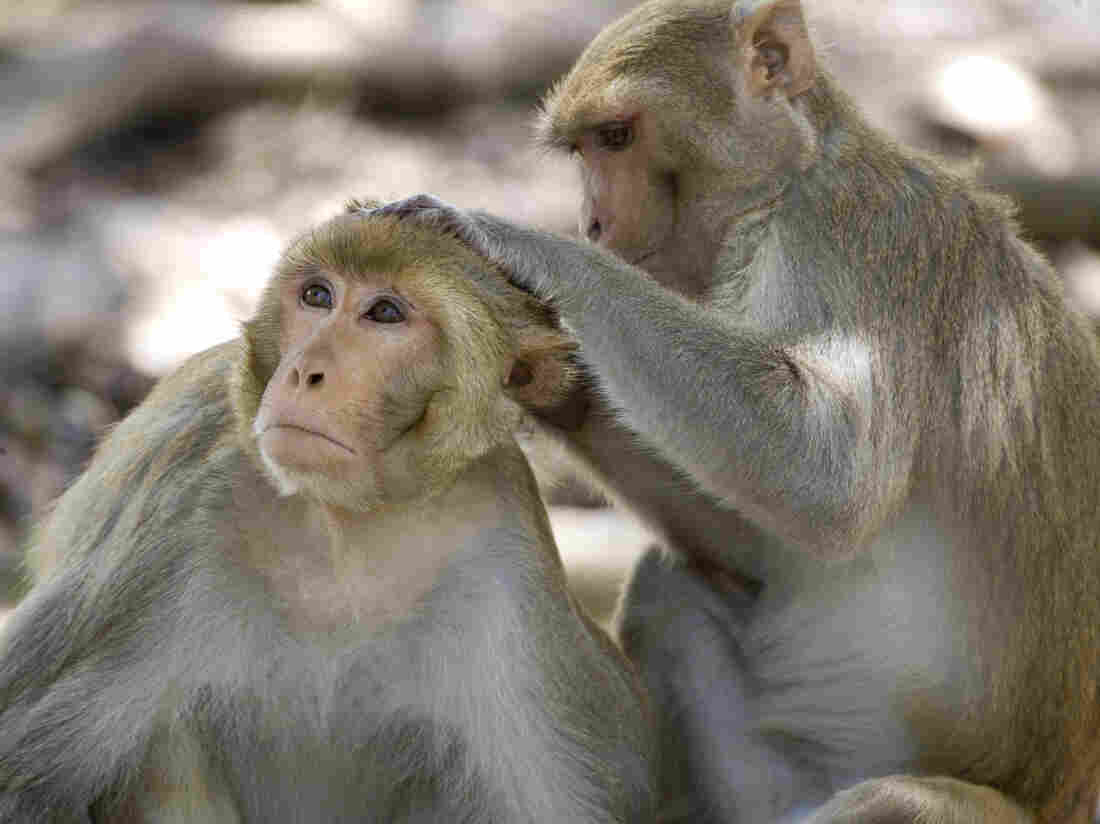 A rhesus macaque monkey grooms another on Cayo Santiago, off the eastern coast of Puerto Rico. Brennan Linsley/AP hide caption 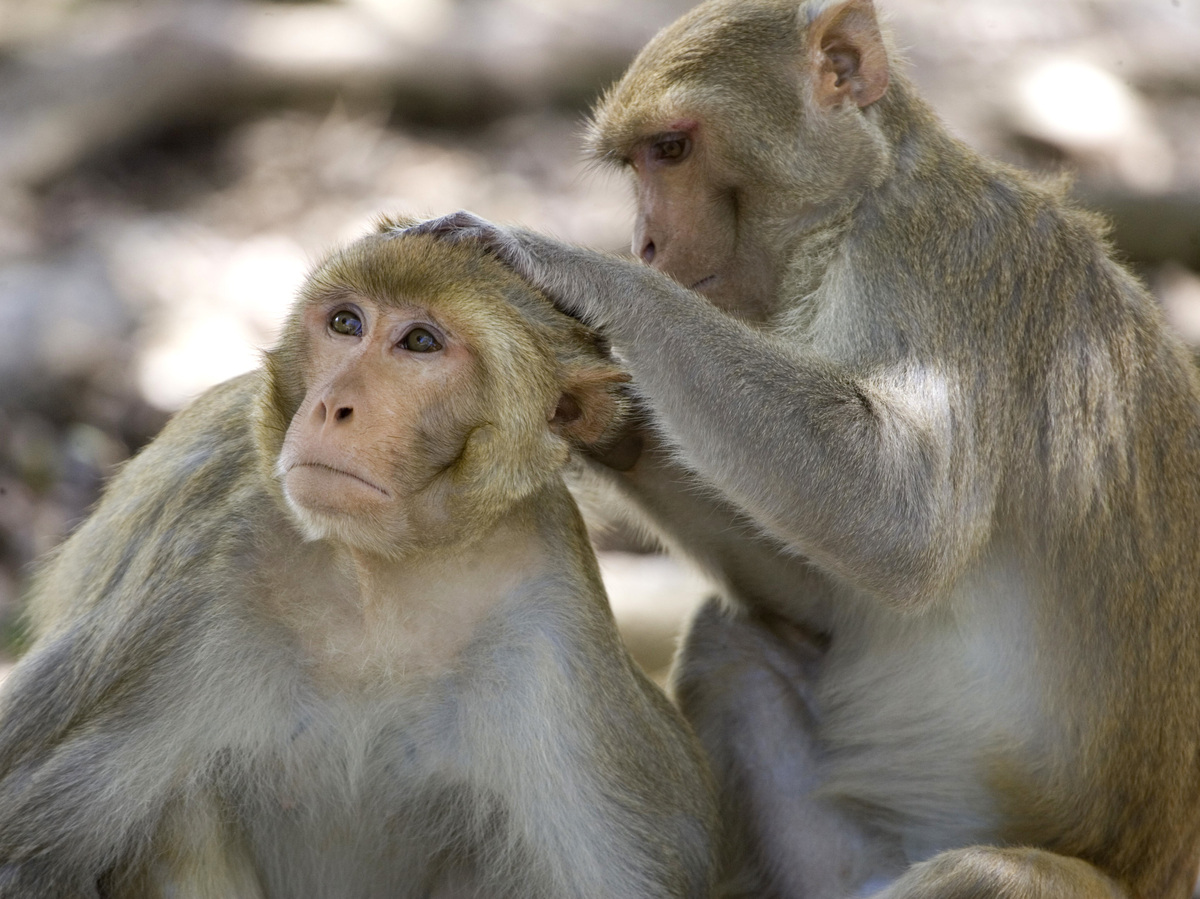 A rhesus macaque monkey grooms another on Cayo Santiago, off the eastern coast of Puerto Rico.

Some of Laurie Santos's most insightful research was sparked by an embarrassing incident. One day, monkeys — her research subjects — stole all the fruit she needed to run a study. She left the research site early for the day.

On the boat ride home from Cayo Santiago, the island where the monkeys lived, Santos reflected on the monkeys' mischief.

"It's not just that we're dumb researchers and they can outsmart us," she says. "They're specifically trying to steal from us when we're not aware of what they're doing."

Santos, a professor of psychology at Yale University, decided to study the monkeys' theft. She found that they selectively stole from the person who couldn't see them.

"In other words, they're rationally calculating whether or not someone could detect that they're about to do something dastardly," she says.

It was behavior befitting a human.

Over the years Santos has discovered other similarities in how humans and non-human primates act. She's also pinpointed important differences, helping us understand which capacities are unique to humans.

This comparison between humans and other animals, Santos says, is essential for making any claims that humans are unique.

"There's no way to study what makes humans special if you only study humans. You actually have to turn to all the other critters in the animal kingdom," she says.

This week on Hidden Brain, we learn what other animals can teach us about us.

"Spontaneous representations of small numbers of objects by rhesus macaques: Examinations of content and format" by Marc D. Hauser and Susan Carey in Cognitive Psychology

"Capuchin monkeys punish those who have more" by Kristin L. Leimgruber, Alexandra G. Rosati and Laurie R. Santos in Evolution and Human Behavior

"The Evolutionary Roots of Human Decision Making" by Laurie R. Santos and Alexandra G. Rosati in The Annual Review of Psychology