Accessibility links
3 Drug Companies Negotiating $18B Opioid Settlement A new study estimates that the opioid epidemic has cost the U.S. economy about $631 billion because of health care costs and the unrealized lifetime earnings of people who died from overdoses.

The drug distributors — Amerisource Bergen, McKesson and Cardinal Health — could pay as much as $18 billion over 18 years, according to The Wall Street Journal, which first reported the discussions.

Word of a possible settlement comes as the three companies and three others — drugmaker Teva Pharmaceutical, Walgreens and a small distributor called Henry Schein — are set to go to court next week in a landmark trial in Ohio.

With over 2,000 lawsuits filed across the country by governments and tens of billions of dollars at stake, details of a possible settlement are scant. As North Country Public Radio's Brian Mann reported:

"A source tells NPR the drug distributors Amerisource Bergen and McKesson have reached a tentative settlement with at least some state attorneys general, as has the drugmaker Teva. The Wall Street Journal, meanwhile, is reporting McKesson, Amerisource Bergen and Cardinal Health have reached a tentative national settlement. ... It remains unclear how these last-minute settlements might affect a federal trial set to begin Monday in Ohio."

That trial will be presided over by U.S. District Judge Dan Polster, who has been urging the parties to settle. 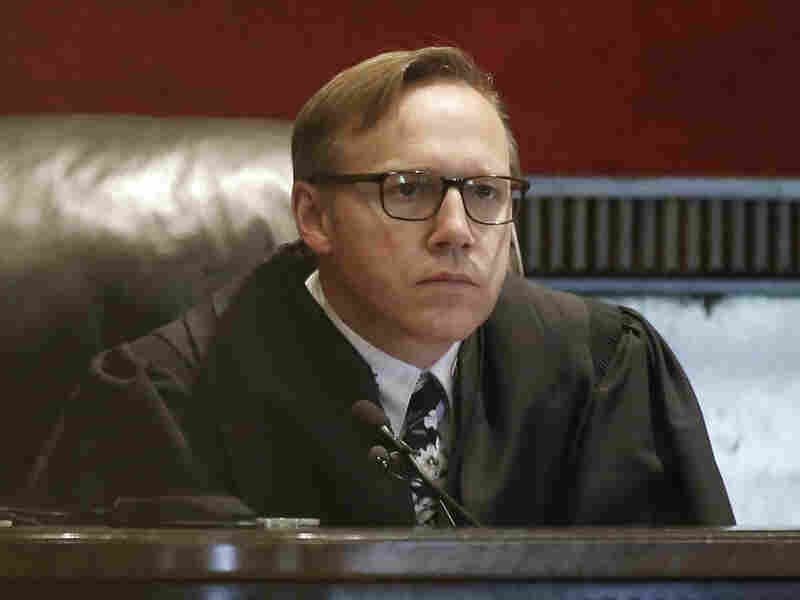 Judge Thad Balkman holds a hearing Tuesday on his final judgment in the opioid lawsuit against Johnson & Johnson by the state of Oklahoma. Sue Ogrocki/AP hide caption 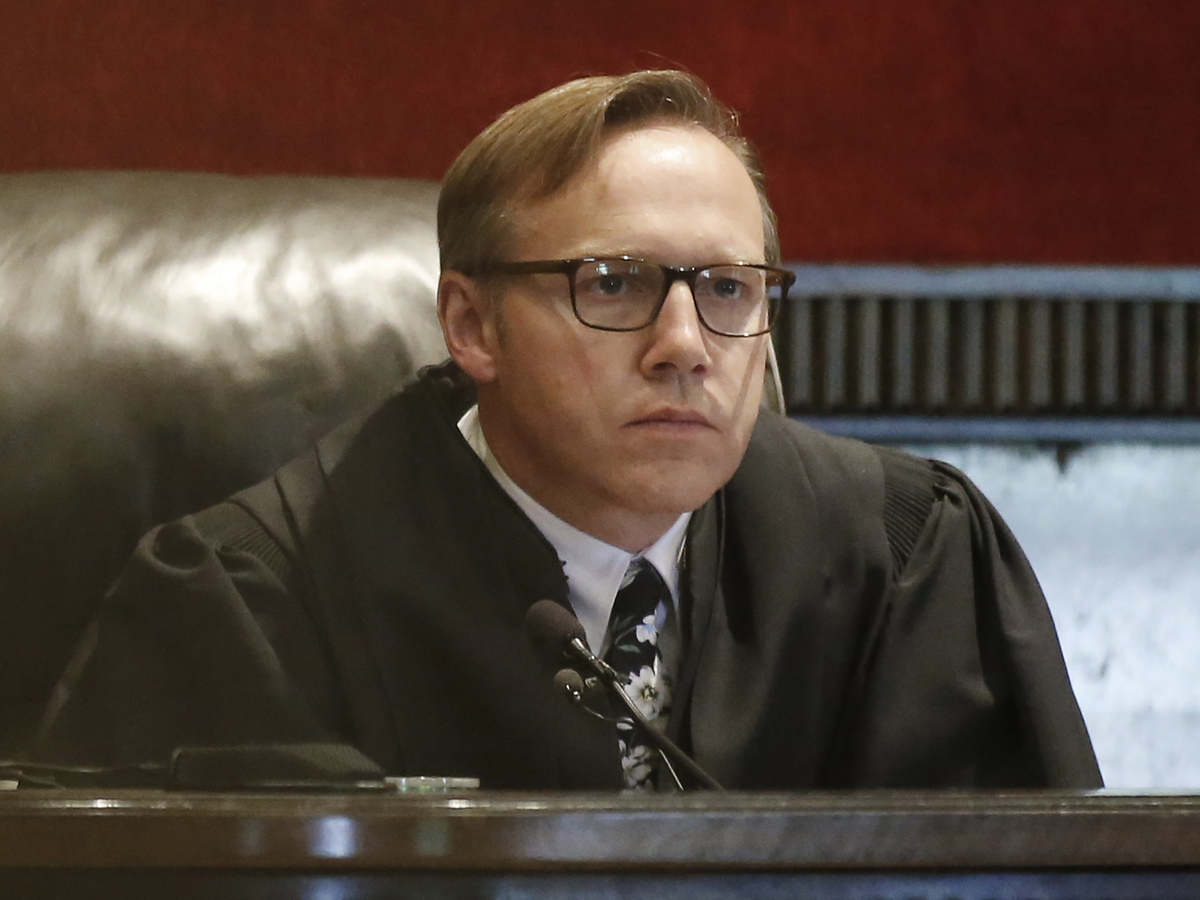 Judge Thad Balkman holds a hearing Tuesday on his final judgment in the opioid lawsuit against Johnson & Johnson by the state of Oklahoma.

In another legal development, a state judge in Oklahoma, Thad Balkman, is acknowledging a $107 million error in a recent verdict assigning responsibility for that state's opioid epidemic that has claimed more than 4,000 lives from 2007 to 2017.

In August, Balkman ruled that drugmaker Johnson & Johnson should pay $572 million for contributing to Oklahoma's opioid crisis after the state sued for $17 billion.

But the judge said his ruling included $107.6 million for addiction costs when he meant to order a penalty of $107,600.

"His announcement could mean the judgment will be cut. But it's unclear how much Johnson & Johnson will ultimately have to pay Oklahoma — the judge will rule on other legal objections to his verdict at a later date."

A new study by the Society of Actuaries estimates that the opioid epidemic has cost the U.S. economy about $631 billion over the past four years. The study finds that the unrealized lifetime earnings of those who died prematurely because of drug overdoses and health care costs associated with opioid use were the biggest drivers of the economic drag created by the opioid crisis.