Accessibility links
Rep. Alexandria Ocasio-Cortez To Endorse Bernie Sanders The two progressive congresswomen are part of "the squad" — a quartet of first-term Democratic women of color who are popular with the party's base but who are frequent targets of Democrats and Trump. 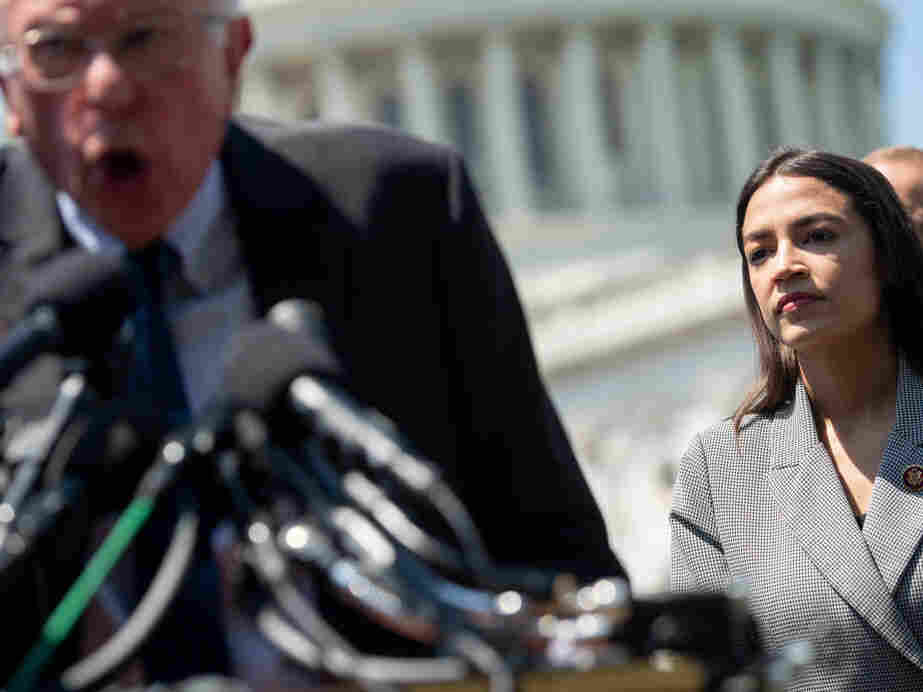 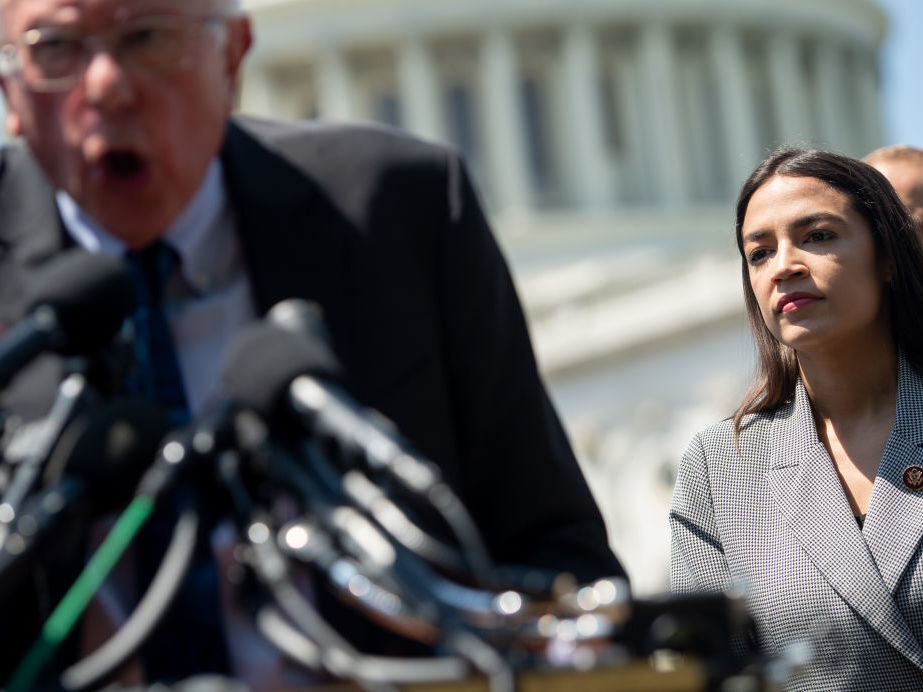 Rep. Alexandria Ocasio-Cortez of New York is set to endorse Sen. Bernie Sanders for president at a Saturday rally in Queens, N.Y., the campaign confirmed to NPR's Scott Detrow. It will be Sanders' first campaign event since he had a heart attack earlier this month.

Sanders teased the event during Tuesday's Democratic debate, saying there would be a "special guest" attending.

Ocasio-Cortez rose to fame last year after upsetting House Democratic Caucus Chairman Joe Crowley in the primary. The 30-year-old Ocasio-Cortez is a self-described Democratic socialist who shares several policy priorities with the 78-year-old Sanders, including "Medicare for All" and the Green New Deal.

She joins another member of "the squad" — as a quartet of first-term progressive women have come to be known on Capitol Hill — in backing Sanders. Rep. Ilhan Omar of Minnesota announced Tuesday evening she is also endorsing the senator from Vermont.

Ocasio-Cortez and Omar — along with Michigan Rep. Rashida Tlaib and Massachusetts Rep. Ayanna Pressley — have attracted attention since they arrived in Washington, both for their progressive stances and their historic elections. And they've also become targets of President Trump. This summer, Trump derided them on Twitter, suggesting they were anti-American and should "go back" to the "crime infested places from which they came." All four women of color are American citizens, and all but Omar were born in the U.S.

The congresswomen, who are popular with the party's liberal base, could provide a needed boost for Sanders. He's been passed in the polls by Sen. Elizabeth Warren, who also has an influential progressive following.

And after he had a heart attack two weeks ago, which resulted in two stents being inserted to address a blocked artery, there are new questions about his viability for office given both his health and age.

At Tuesday's debate, Sanders dismissed questions about his health, saying: "We are going to be mounting a vigorous campaign all over this country."

A previous photo caption in this story incorrectly called Bernie Sanders a Democrat. He is an independent who is seeking the Democratic presidential nomination.