Accessibility links
California scientists hope to breed climate resilient trees. When it comes to surviving the warming climate, scientists are finding that some plants and animals have an edge. The hope is that these "super adapters" can help preserve their species. 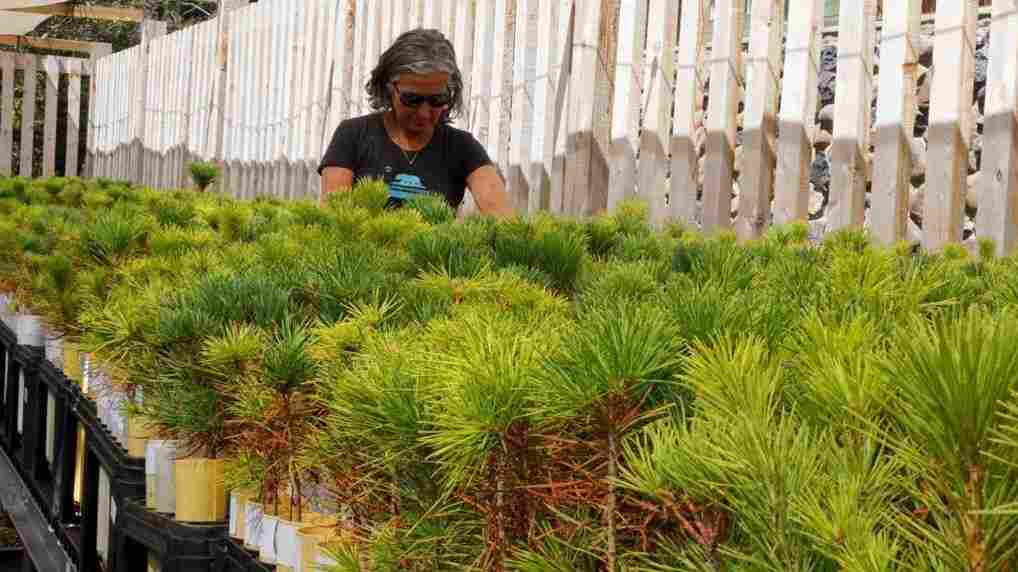 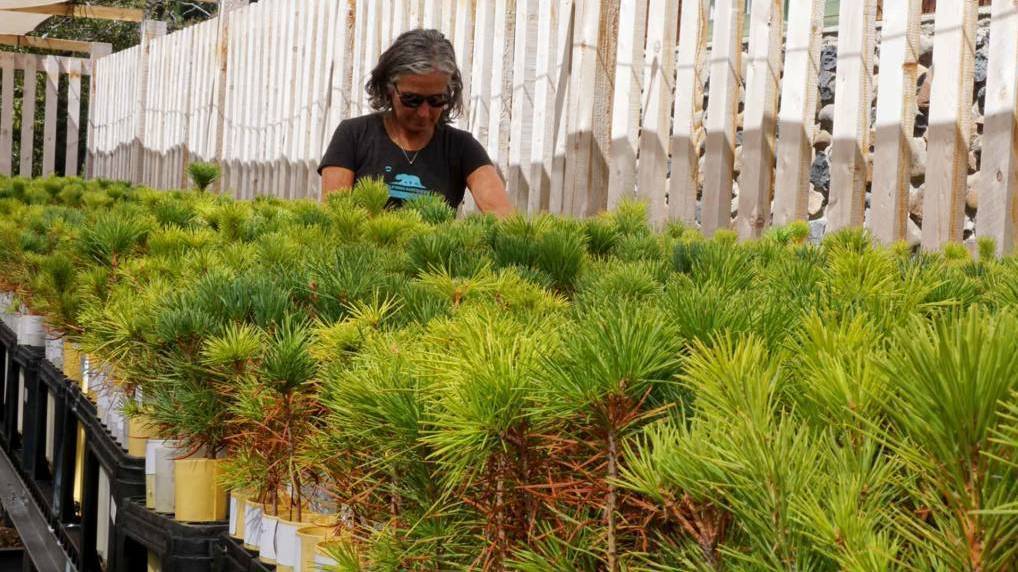 When California's historic five-year drought finally relented a few years ago the tally of dead trees in the Sierra Nevada was higher than almost anyone expected: 129 million. Most are still standing, the dry patches dotting the mountainsides.

But some trees did survive the test of heat and drought. Now, scientists are racing to collect them, and other species around the globe, in the hope that these "climate survivors" have a natural advantage that will allow them to better cope with a warming world.

When You Dream Of California, Does Water Come To Mind? It Should

When You Dream Of California, Does Water Come To Mind? It Should

On the north shore of Lake Tahoe, Patricia Maloney, a UC Davis forest and conservation biologist, hunts for these survivors. Most people focus on the dead trees, their brown pine needles obvious against the glittering blue of the lake. But Maloney tends not to notice them.

Maloney studies sugar pines, a tree John Muir once called the "king" of conifers. "They have these huge, beautiful cones," she says. "They're stunning trees."

The sugar pines on these slopes endured some of the worst water stress in the region. Winter snowpack melts fastest on south-facing slopes, leaving the trees with little soil moisture over the summer. That opens the door for the trees' tiny nemesis, which would deal the fatal blow. 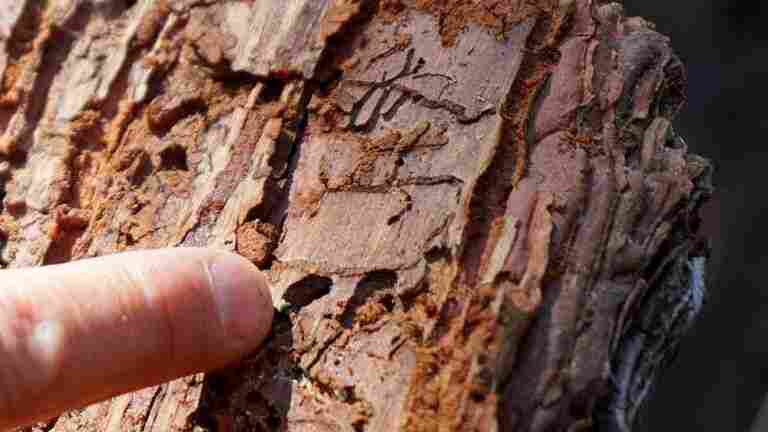 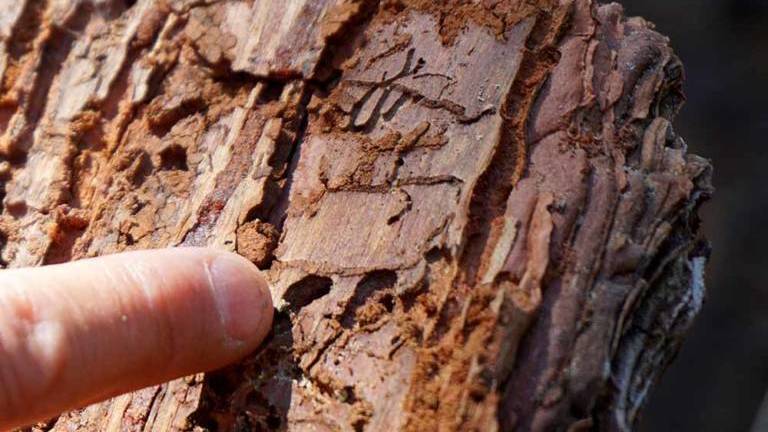 "Here you have some really good mountain pine beetle galleries," Maloney says, as she peels the bark off a dead sugar pine to show winding channels eaten into the wood. "Like little beetle highways."

Pine beetle outbreaks are a normal occurrence in the Sierra. As the beetles try to bore into the bark, pine trees can usually fight them off by spewing a sticky, gummy resin, entrapping the insects. But trees need water to make resin.

During the drought, "the tank ran dry, and they weren't able to mobilize any sort of resin," Maloney says.

Evolution is a tool that we can bring to bear in helping us get through this future.

But next to this dead tree, Maloney points to one towering above, the same exact species, that has healthy green pine needles. Somehow, it was able to fight the beetles off and survive the drought. As she's found more and more of these survivors, Maloney has studied them, trying to figure out their secret.

"What we found is that the ones that were green, like this one, were more water-use efficient than their dead counterparts," she says.

In other words, the survivors had an innate ability to do more with less.

Individual members of any species can vary dramatically, something tied to genetic differences. That diversity comes in handy when environmental conditions change.

The drought, heat and beetle outbreaks in recent years put extreme pressure on sugar pines, creating a natural experiment that weeded out all but the toughest.

Inside a greenhouse at her Tahoe City field station, Maloney shows off a sea of young green trees in their own containers. These 10,000 sugar pine seedlings grew from seeds Maloney and her team collected from 100 of the surviving sugar pines.

Over the next year, these young trees will be replanted around Lake Tahoe, both on national forest and private land. The hope is the trees, due to their genetics, will be better able to handle a warming climate, more extreme droughts and more frequent beetle outbreaks.

"These survivors matter," Maloney says. She plans to study the genetics of these trees as they grow, research that could help in other climate-threatened forests.

And Maloney's not alone in searching for species that can handle the warming climate. 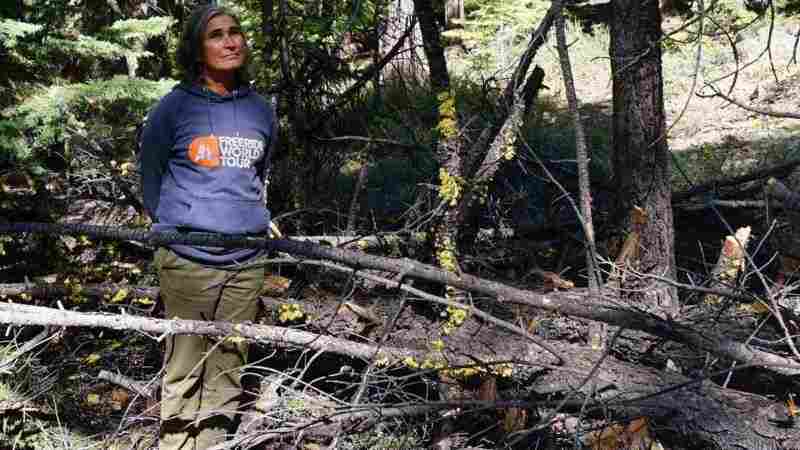 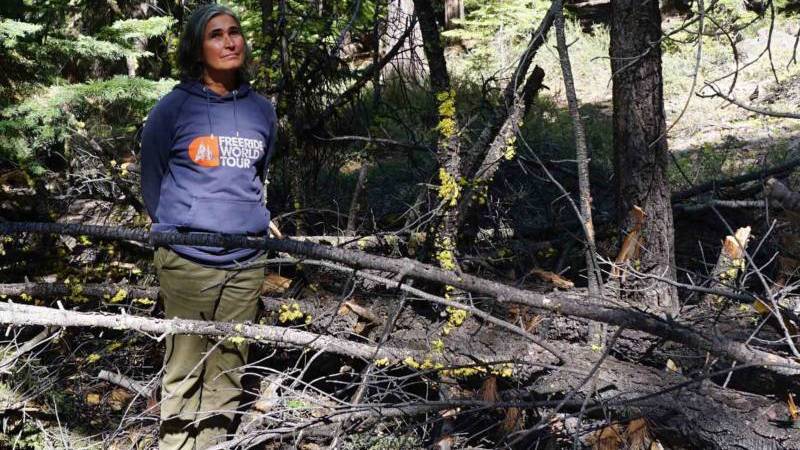 Patricia Maloney next to a dead sugar pine on Lake Tahoe.

"Evolution is a tool that we can bring to bear in helping us get through this future," says Steve Palumbi, a biology professor at Stanford University, who has been looking for coral that can handle heat.

Coral reefs are bleaching and dying as oceans warm, so Palumbi is growing surviving corals in the hope they can build new reefs full of "super corals." Reefs aren't just tourist attractions, he says. They're also biodiversity hotspots that protect coastlines from flooding by absorbing wave energy.

But beyond that, it gets trickier, given the rate the climate is changing.

"The question in the future is: When the environment changes and it changes really fast, can these populations keep up?" he asks. "How fast can they adapt? How much help will they give us in keeping those ecosystems going?"

Ultimately, Palumbi says, the best solution for these species is for humans to curb emissions of heat-trapping gases. In the meantime, scientists are trying to buy them a little more time.