Accessibility links
The War On Terrorism, Through The Eyes Of 3 Women At The CIA After the 2001 al-Qaida attacks, the CIA ramped up counterterrorism operations. This included a surge in young, female recruits. Three have written new books about their secretive work. 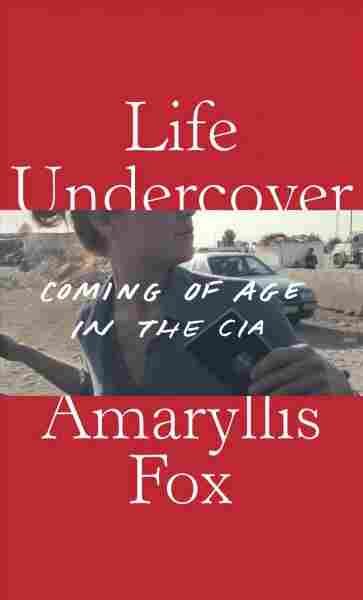 Amaryllis Fox was about to start her senior year in college when the Sept. 11 attacks hit in 2001. The next day, she drove from Washington to New York to see the smoldering rubble. Just a few years later, she was an undercover CIA officer meeting extremists.

"One of the things I think we all forget is how incredibly young so many of the intelligence officers really are," Fox said in an interview with NPR. Her new book, Life Undercover: Coming Of Age In The CIA, was published Tuesday.

Tracy Walder was a sorority sister at the University of Southern California and a news junkie who joined the CIA just weeks after graduation in 2000. The terror attacks the following year accelerated her training.

"To be completely honest with you, I had been placed in the counterterrorism center not because I was spectacular, but because I was young. So a lot of us newbies were placed in the counterterrorism center," Walder said. Her book, The Unexpected Spy: From The CIA To The FBI, My Secret Life Taking Down Some of the World's Most Notorious Terrorists, is set for release early next year.

These two women, along with a third, Nada Bakos, all have books that lay out in striking detail how they went about that secretive work in the years after al-Qaida struck.

Readers learn how to create an undercover identity as an art dealer. How to trade coded messages via a Starbucks gift card. And as Tracy Walder explains, it's not easy blending in when you're a young, blond American in the Middle East.

"Sometimes I would have to travel in the trunks of cars just because that was the way that it was. And I was going to stick out no matter what," she told NPR.

An infusion of new recruits

The war on terrorism marked a major shift for a spy agency long run by older white men who had specialized in Russia. After the 2001 attacks, the focus turned to radical Islam. The CIA scrambled to ramp up its counterterrorism operations, and this led to an infusion of new recruits, many of them women. 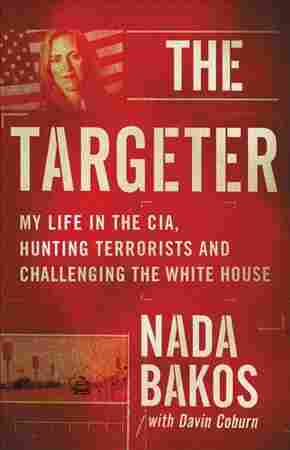 My Life in the CIA, Hunting Terrorists and Challenging the White House

by Nada Bakos and Davin Coburn

Title
The Targeter
Subtitle
My Life in the CIA, Hunting Terrorists and Challenging the White House
Author
Nada Bakos and Davin Coburn

Nada Bakos' book, published in June, is called The Targeter: My Life In The CIA, Hunting Terrorists And Challenging The White House. The title is also her job description.

Her mission was to learn everything possible about extremist Abu Musab al-Zarqawi, a leader of the Iraq insurgency that followed the U.S. invasion in 2003.

"You're looking for information that you can act on," she said. "You give it to whatever action arm that we have at the time, and in my case, quite often it was special forces."

Zarqawi was ultimately killed in a U.S. drone strike in 2006 in Iraq.

Amaryllis Fox writes about making her way through the congested streets of Karachi, Pakistan, for a clandestine meeting with extremists. She's trying to learn about a possible attack. They wanted to discuss U.S. drone strikes that are killing civilians.

"There are electric moments walking into meetings," she said. "There are moments of intense drama that we associate with the war on terror, with the spy world."

This spy world now includes women in more prominent positions than ever before. Last year, Gina Haspel became the CIA's first female director. Just below her, three of the agency's five directorates are now headed by women.

The three authors don't see a conspiracy. They see a distinct skill set that many women bring.

"There was a gradual awakening to the idea that some of the traits that we tend to associate with feminine characteristics — intuition, emotional intelligence and multitasking — these are things that make really excellent operations officers," Amaryllis Fox said.

These books are also filled with frustrations.

Nada Bakos was on a team looking into possible links between al-Qaida and Iraqi leader Saddam Hussein.

"We really didn't find a connection between Iraq and any larger international terrorist organization that would have really posed a threat to the United States," Bakos said.

That was not what President George W. Bush's administration said as it launched the war against Iraq.

"There were moments in my career when I just wanted to go out into the street and yell exactly everything that I told the policymakers that they aren't telling the public. I mean, it's incredibly frustrating," Bakos added.

Around the same time, Tracy Walder's team made poster-size graphics showing that Saddam Hussein likely did not have weapons of mass destruction. That material was sent to the White House, and it morphed into the poster that Secretary of State Colin Powell famously used at the United Nations to argue that Saddam did have such weapons. 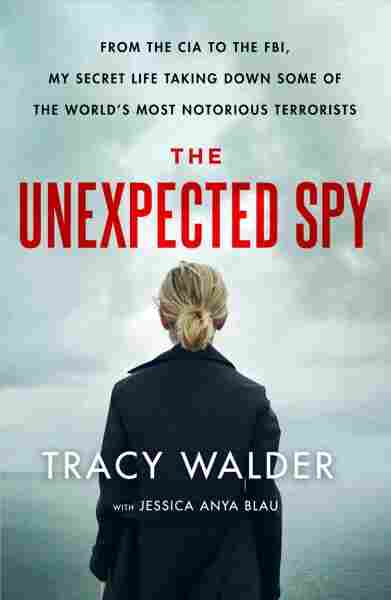 From the CIA to the FBI, My Secret Life Taking Down Some of the World's Most Notorious Terrorists

Title
The Unexpected Spy
Subtitle
From the CIA to the FBI, My Secret Life Taking Down Some of the World's Most Notorious Terrorists
Author
Tracy Walder and Jessica Anya Blau

"Obviously we were horrified," Walder said. "I do think part of that chart, along with the whole WMD case, was used sort of incorrectly as the impetus for the Iraq War."

Like all books by former CIA employees, these manuscripts had to be submitted to the agency for review.

Tracy Walder's book will include the blacked-out redactions made by the CIA. Nada Bakos filed a lawsuit against the CIA to get her book released. And the book by Amaryllis Fox recently caused a stir amid reports it had not been cleared for publication. But it was published as planned on Tuesday.

All three women left the agency by 2010 and have moved on with their lives.

Amaryllis Fox sometimes travels to Iraq to work with those scarred by violence. Nada Bakos is at a social media company in Seattle. Tracy Walder teaches a course called Spycraft at an all-girls school in Dallas. Some of her students have followed in her footsteps.

"Some of the girls I've had now work at State Department, the CIA, the FBI. They've gone to military colleges," she said.

In the compartmentalized world of the CIA, these three women say they've never met. If they ever do, they'll have a lot to talk about.