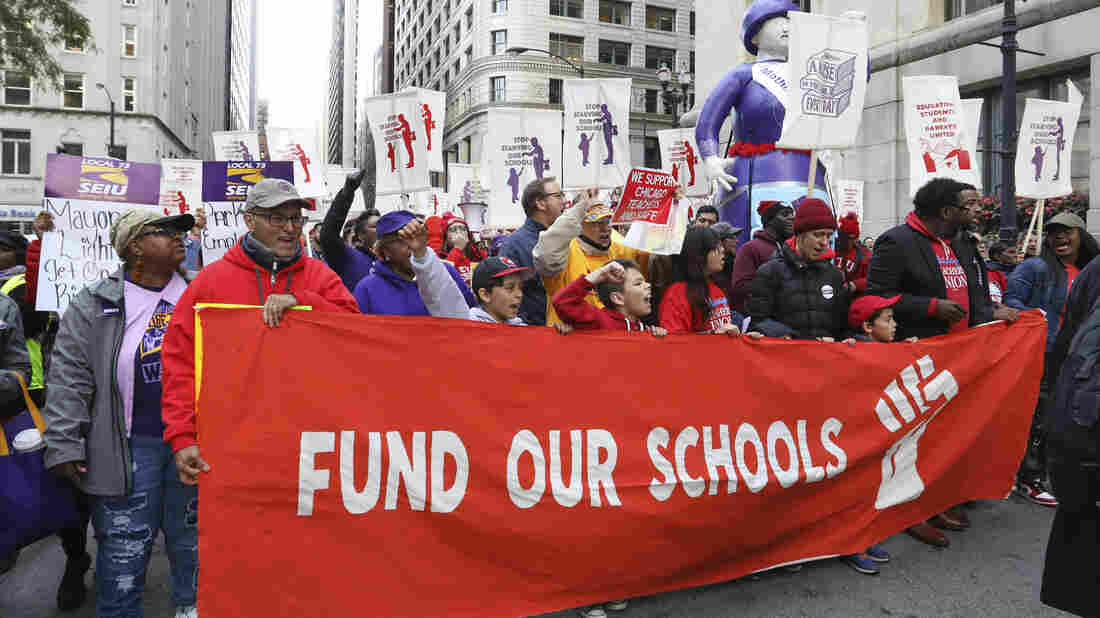 Teachers, staff and their supporters marched through downtown Chicago on Monday to show support for the teachers union. Teresa Crawford/AP hide caption 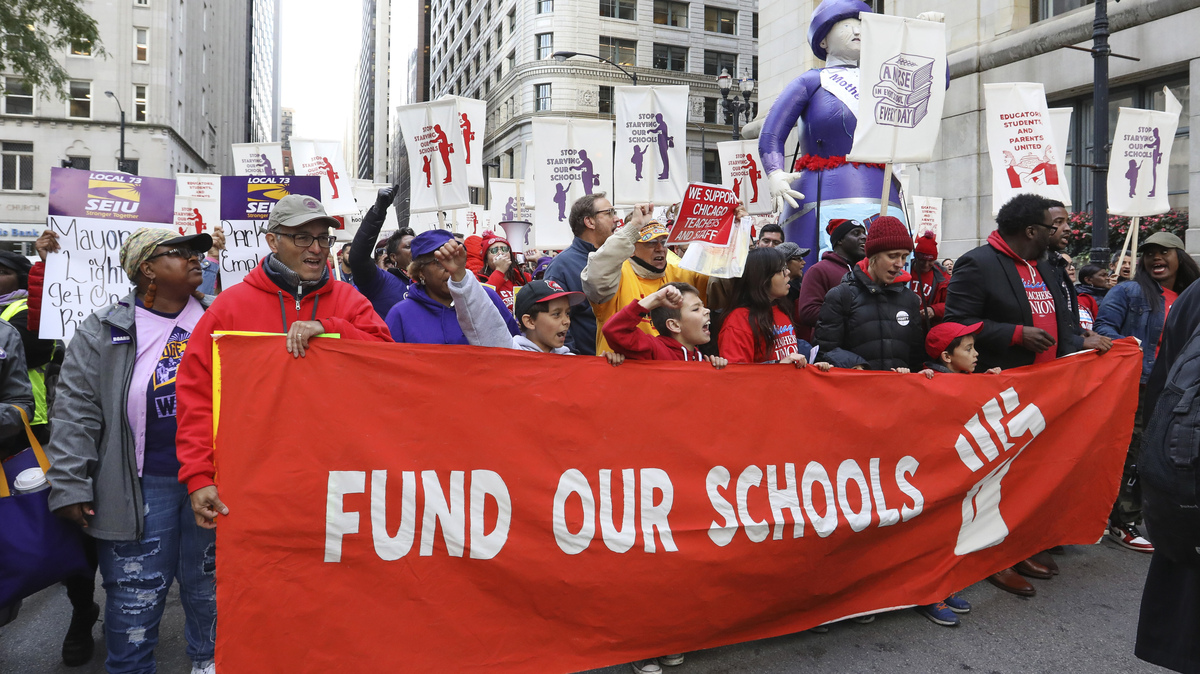 Teachers, staff and their supporters marched through downtown Chicago on Monday to show support for the teachers union.

Chicago Mayor Lori Lightfoot says classes in the city's public schools will be canceled Thursday for 299,000 children, in anticipation of an expected teacher strike.

The Chicago Teachers Union and Chicago Public Schools have been locked in a months-long contract dispute over higher pay, caps on class size and other issues. The union's delegates plan to meet Wednesday evening to vote on whether to move forward with the strike.

In a news conference Wednesday, Lightfoot said that she stands by the city's most recent offer, which she said would provide teachers a 16 percent raise over five years, among other proposed changes.

"We have tried to provide the best deal that is fiscally responsible, that's fair to teachers, fair to taxpayers," Lightfoot said. "Without question, the deal we put on the table is the best in the Chicago Teachers Union's history."

The teachers union said that the city's offer was paltry compared with what the union wants. Union leadership said Tuesday that some progress was being made, but that it was too late.

"This whole process is a day late and a dollar short," CTU President Jesse Sharkey said as he predicted a strike. "Things that happened yesterday and today should have happened a month ago."

According to the union, the contract fight is about more than pay. Its members cite the need for fully staffed schools, smaller class sizes and social justice programs as three of their main demands.

But Lightfoot said the union was being deceitful by publicly demanding those changes — and then also bringing up a host of other issues during negotiations.

"The union has told the public repeatedly that the two issues we need to solve are class size and staffing and we have met their needs," Lightfoot said. "But behind the scenes, they've continued to bring up additional bargaining issues that they say must be resolved before they can have a contract."

As an example, Lightfoot said teachers want to shorten the school day by 30 minutes in the morning — something she is not willing to agree to. "We will not cheat our children out of instructional time," she said.

The Chicago Teachers Union last went on strike in 2012, after its demands for job protection and smaller class sizes were not met.

At the national level, educators have been involved in a recent wave of strikes, including in early 2018, when West Virginia teachers walked out of classrooms for nine days. And in 2019, Oakland teachers formed a picket line after working without a contract since July 2017.

Sarah Karp covers education for WBEZ. Follow her on Twitter at @WBEZeducation and @sskedreporter. Paolo Zialcita is an intern on NPR's News Desk.