Accessibility links
Review: 'Zombieland: Double Tap' Taps Into Nostalgia The in-jokes and callbacks come at you faster than the zombies do in this agreeable return to the world of the 2009 horror-comedy.

'Zombieland: Double Tap' Taps Into Nostalgia For Its Predecessor

'Zombieland: Double Tap' Taps Into Nostalgia For Its Predecessor 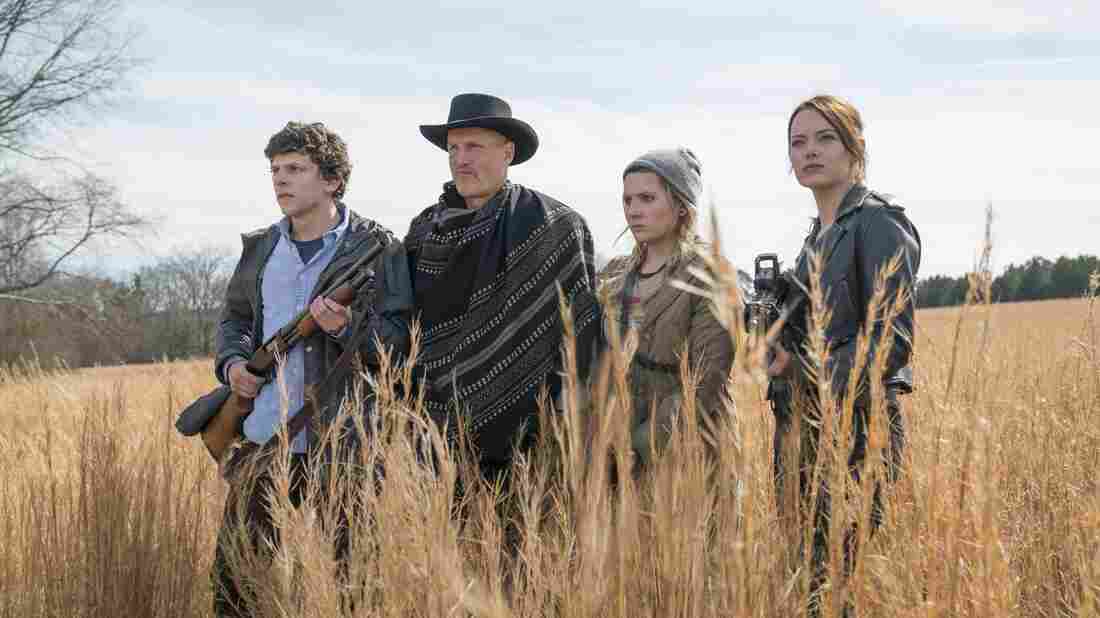 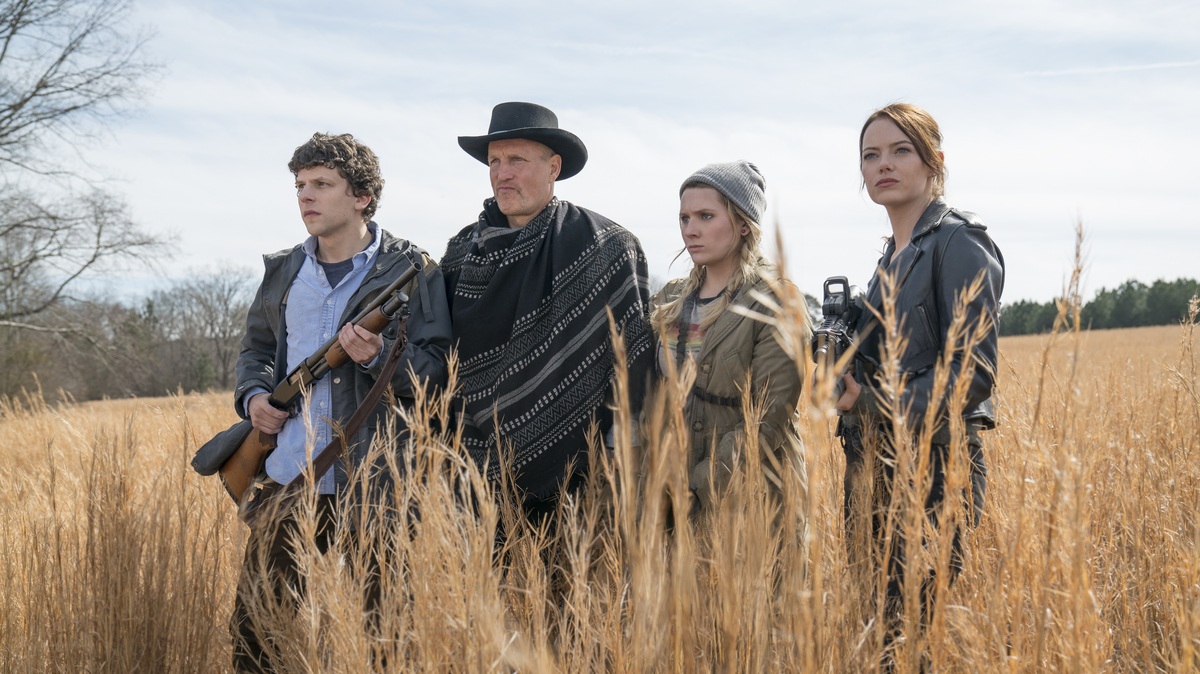 But I can now report that Zombieland: Double Tap is a real movie, or at least the Another 48 Hours of undead epics, one for which the entire creative team has reconvened. Director Ruben Fleischer and screenwriters Rhett Reese & Paul Wernick (assisted this time by David Callaham) have had much bigger hits in the intervening years with Venom and the Deadpool movies, respectively. Those pictures were more smug and less funny than Zombieland, but they share its caustic self-awareness and its ultraviolence. Double Tap is a second (or fifth) helping of the same, its episodic plot mere scaffolding from which to hang variations on the same jokes that worked 10 years ago, when the distance between the post-apocalyptic world and our own felt a lot more ... distant. But they're solid jokes, and like its Obama-era ancestor, Double Tap doesn't overstay. For all the snacked-on viscera and exploding brains this low-ambition, slightly-higher-return sequel asks you to stomach, its Muppety determination to please is even sort of sweet. As Eisenberg says in the opening voiceover: "We know you have a lot of choices in zombie entertainment, so thank you for picking us."

Less time seems to have passed in Z-land than in our world, but the creators remain uninterested in the big picture of how the plague began or how it has reordered the globe. We're not privy to any news our post-meltdown nuclear family of Columbus (Eisenberg), Wichita (Stone), Tallahasse (Harrelson), and Little Rock (Breslin) has not experienced firsthand. Columbus and Wichita are now in a cozy romantic relationship, and Little Rock has grown into late adolescence, with all the restlessness and craving for independence that that entrails — er, entails. (The real-life Breslin is 23 years old.) The foursome spends the first chapter of the movie living large in the vacant-but-fully intact White House because why not, which tells you how seriously the creators are taking their premise. But a Lincoln Bedroom marriage proposal from Columbus triggers Wichita's attachment issues and sends her and Little Rock packing, again. So the menfolk and the womenfolk find themselves once again wandering the earth in pairs, each duo picking up its own idiot.

The newbie who rates the most screen time is Zoey Deutch's Madison, a vapid, juicy-suit wearing mallrat whose characterization recalls an element of Zombieland that has aged poorly — namely, its suggestion that Columbus was on his way to becoming what we'd now call an incel before the plague struck. Deutch is a good comic actor, and she fully commits to playing the fool, but it's hard not to spend the movie waiting for the writers to let her have something. The film's other airheard, Avan Jogia's Berkeley, is a ponytailed troubadour who persuades the smitten Little Rock to accompany him to Babylon, a rumored pacifist commune that has remained inexplicably untouched by the zombie uprising. It would be in keeping with the film's gleeful embrace of stereotypes if it offered a late revelation that zombies were repelled by patchouli oil, for instance, but the writers never supply any explanation for Babylon's proof against the undead, hack or otherwise.

We do get a side-quest to Graceland, or what remains of it, where Harrelson's Tallahassee forges an alliance, as it were, with another flinty survivor in the person of Rosario Dawson, always a welcome comic presence.

What's touching about Double Tap is also what's exhausting about it: It has even more callbacks to its predecessor than it does to a much older, more substantial post-apocalyptic movie franchise. The new, harder-to-kill species of zombie Double Tap introduces is referred to as a T-800, for example. For readers who haven't had the benefit of a well-rounded liberal arts education with a concentration in the classics, that was the model number of the cyborg tactical infiltrator Arnold Schwarzenegger played in The Terminator 35 years ago and shall again in that film's imminent fifth sequel. So in the parlance of this movie, nut up for Zombieland: Triple Threat, coming 2029, probably. Aw. It's almost like a real franchise.