Accessibility links
Trump's Doral Golf Course To Host G-7 Summit In Miami The decision is sure to renew debate about President Trump's unprecedented decision to maintain ownership of the Trump Organization after taking the oath of office. 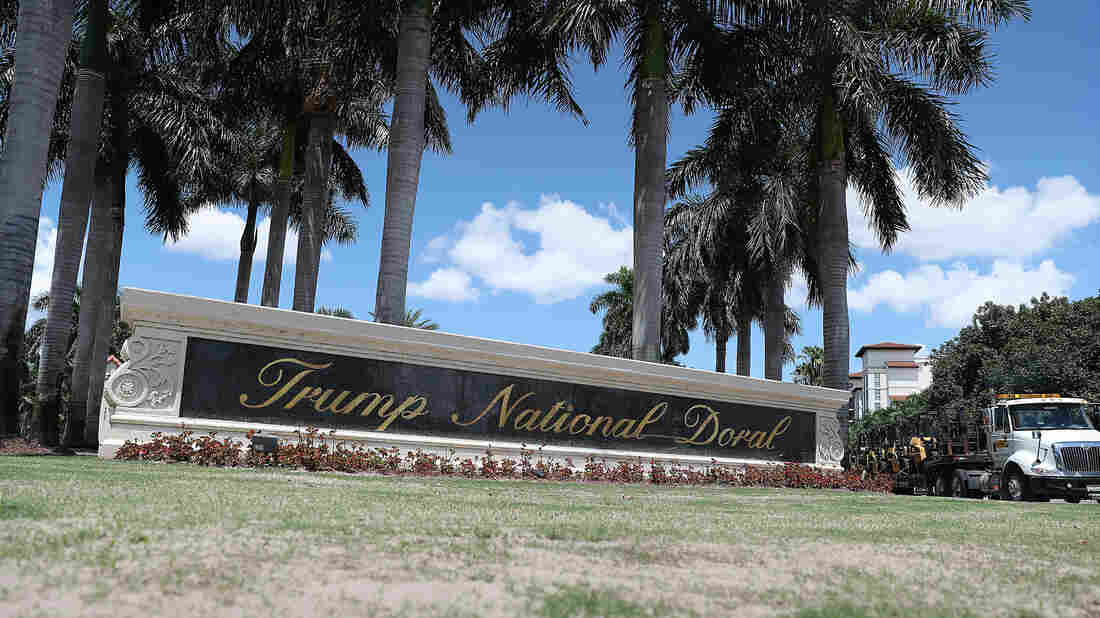 The entrance to the Trump National Doral golf resort just outside of Miami. President Trump's continued ownership and promotion of his resorts while serving in office has been controversial and is the subject of multiple investigations and lawsuits. Joe Raedle/Getty Images hide caption 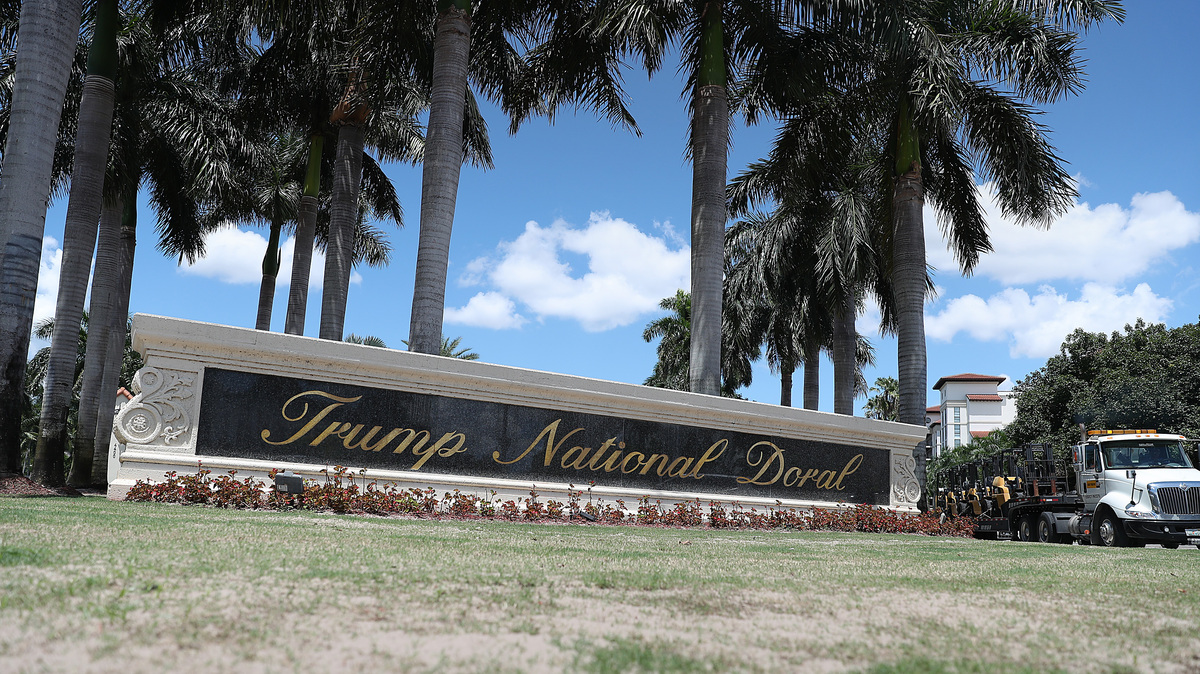 The entrance to the Trump National Doral golf resort just outside of Miami. President Trump's continued ownership and promotion of his resorts while serving in office has been controversial and is the subject of multiple investigations and lawsuits.

Next year's Group of Seven gathering of the leaders of the world's biggest economies will take place at President Trump's Doral golf resort outside of Miami, acting White House chief of staff Mick Mulvaney announced on Thursday.

"We used a lot of the same criteria used by past administrations," Mulvaney said. He later said it was almost as though the resort had been built for the event.

The Trump administration's decision to host the high-profile international summit at Doral is sure to stoke the ongoing controversy about Trump's decision to maintain his ownership of his businesses while serving as president.

"We know the environment we live in," Mulvaney said, adding that Trump was willing to take the scrutiny.

Mulvaney noted that Doral was Trump's suggestion that staff followed up on. He said "no" when asked whether it was better to avoid the appearance of self-dealing, pointing repeatedly to potential cost savings. He said he would not share documents on the decision-making process.

Trump made his interest in holding the summit at Doral known in August, while attending this year's gathering in Biarritz, France.

"We haven't found anything that could even come close to competing with it," Trump told reporters. He mentioned the resort's proximity to Miami International Airport, abundant parking and private cabanas to host each country's delegation. "It's got tremendous acreage, many hundreds of acres, so we can handle whatever happens."

According to Trump's financial disclosures, he earned $76 million in income from Doral in 2018. But in a sign of how the Trump brand has struggled since he became a political figure, that's a substantial drop from the nearly $116 million the resort earned for him in 2016.

Reaction from Democrats was swift and negative.

"The Administration's announcement that President Trump's Doral Miami resort will be the site of the next G7 summit is among the most brazen examples yet of the President's corruption," said House Judiciary Committee Chairman Jerrold Nadler, D-N.Y., in a statement. "He is exploiting his office and making official U.S. government decisions for his personal financial gain."

When asked whether it was appropriate to hold the international summit at Trump's property, Sen. Lisa Murkowski, R-Alaska, told reporters at the Capitol, "No."

While Trump stepped away from running the Trump Organization before becoming president, he never gave up his stake in his various businesses, which include golf clubs, hotels and office buildings around the world.

There are several lawsuits moving through the courts that allege Trump is violating the Emoluments Clause of the Constitution, which bans the president from accepting gifts and payments from foreign and state governments.

Noah Bookbinder — the executive director of Citizens for Responsibility and Ethics in Washington, which is one of the groups suing Trump over the emoluments issue — described the announcement as "unbelievable."

"Given the potential consequences the president is facing for abusing the presidency for his own gain, we would have thought he would steer clear of blatant corruption at least temporarily; instead he has doubled down on it," said Bookbinder.

Since Trump secured the GOP nomination in 2016, his properties have become favored places for Republicans to hold fundraising and political events. Federal Election Commission records indicate that Trump's reelection campaign, GOP committees and candidates have spent millions at Trump properties.

Mulvaney said on Thursday that he himself was initially skeptical of the idea but said the event would be "dramatically cheaper" if held at Doral. He said Trump had "made it very clear" that he would not profit from having the resort host the summit.