Accessibility links
Prominent Hong Kong Protest Leader Beaten By Unknown Assailants Jimmy Sham, who has taken an active part in organizing anti-government protests, was left bloodied and dazed after being attacked by a group of people reportedly wielding hammers. 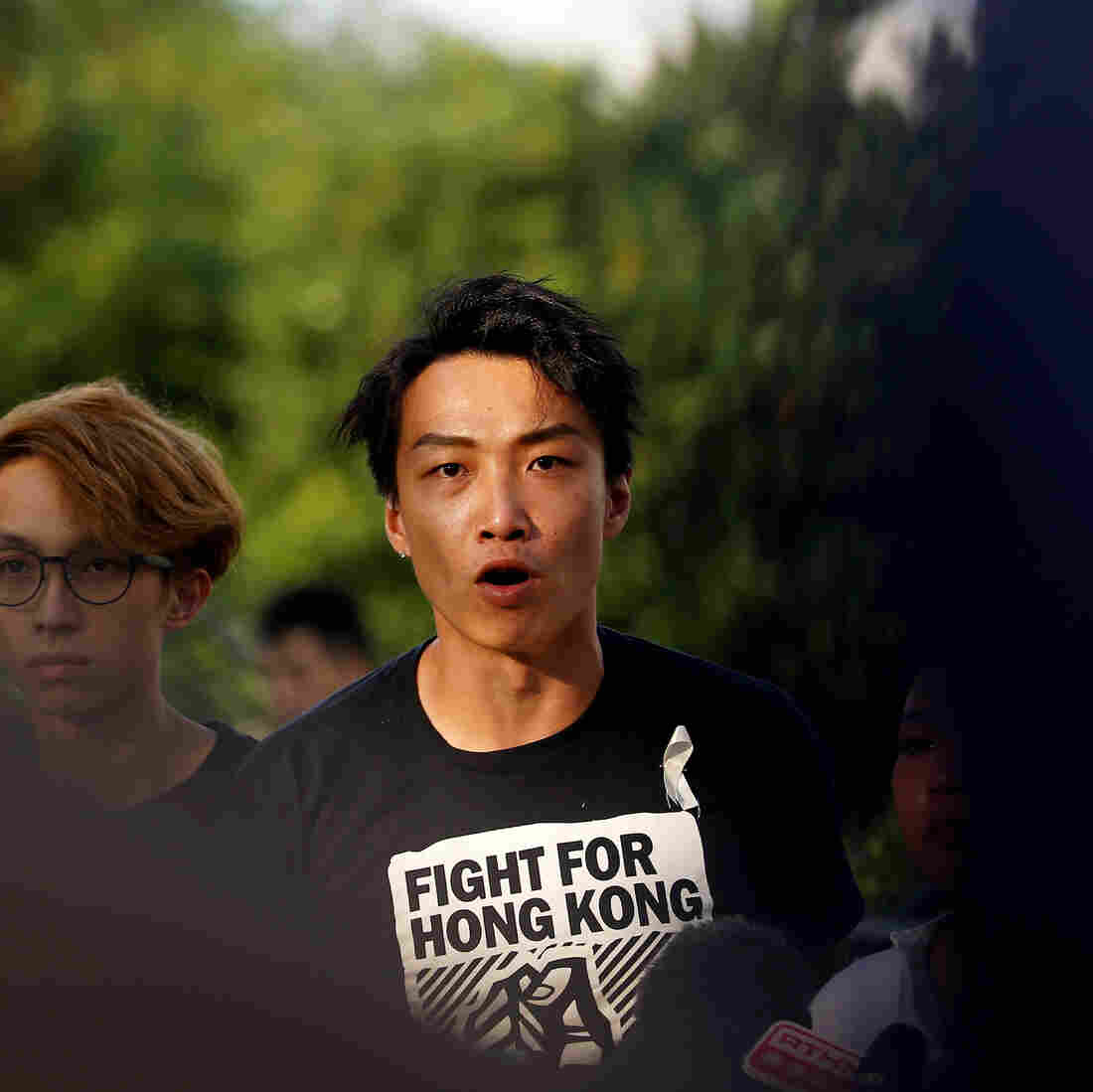 Jimmy Sham, seen speaking at a news conference in June, was left bloodied and dazed after being attacked by a group of people reportedly wielding hammers. Thomas Peter/Reuters hide caption 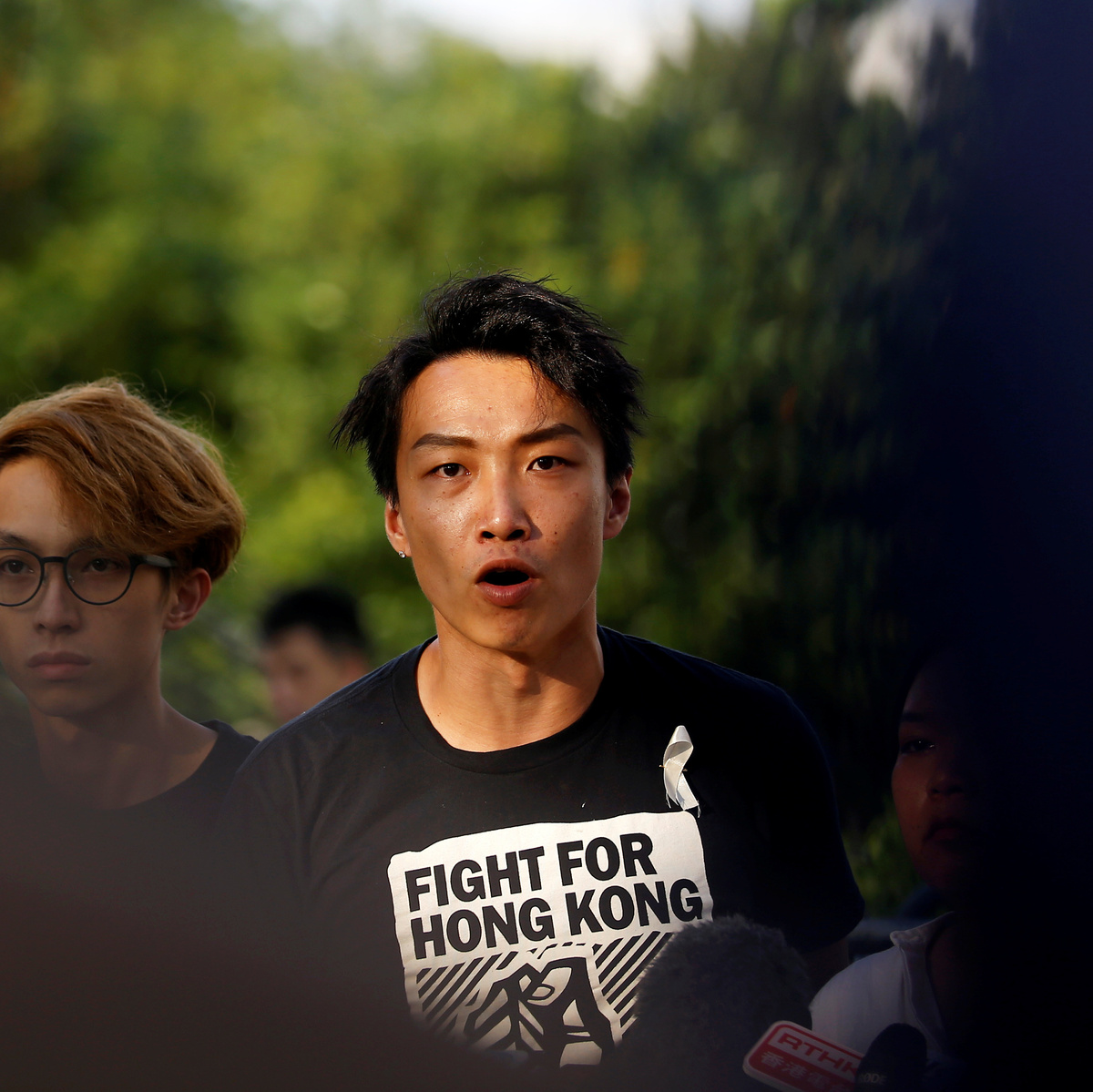 Jimmy Sham, seen speaking at a news conference in June, was left bloodied and dazed after being attacked by a group of people reportedly wielding hammers.

A brutal attack on one of Hong Kong's most prominent pro-democracy leaders, who was reportedly beaten with hammers by a group of unknown assailants, is being widely condemned by the territory's government, opposition lawmakers and Amnesty International.

Jimmy Sham, who leads the Civil Human Rights Front and has been actively involved in the months-long anti-government protest movement, was left bloodied and dazed after the attack Wednesday evening in Hong Kong's congested Mong Kok district.

⚠#Breaking at HKT 19:49 Jimmy Sham, convenor of the Civil Human Rights Front & candidate of District Council Election, was severely wounded by 4 masked persons with knives in Mongkok. Assailants reported to be of South Asian descent; many locals bore witness.#DemocracyForHK pic.twitter.com/DHJOdz8pEn

Police said Sham was bleeding from his arms and legs after four or five people intercepted him as he was en route to a CHRF meeting.

"During the attack, bystanders tried to save [Sham], but the assailants threatened them to stop them from doing so," Figo Chan, described as a colleague of Sham's, was quoted by the Hong Kong Free Press as saying.

"When Jimmy Sham was taken onto the ambulance, he told me: 'five demands, not one less,' " Chan said, referring to a slogan popular with pro-democracy protesters, who are pushing for greater freedom in the territory.

[Breaking News] The Civil Human Rights Front convenor, Jimmy Sham Tsz-kit, has just been attacked again! Jimmy Sham was on his way towards a meeting in Mong Kok and was attacked by around 4-5 people with hammers, causing bleeding head injuries....

Sham was taken to a hospital and by Thursday morning was seen in a wheelchair speaking with his lawyer, according to the South China Morning Post. In a post on his Facebook page, he said he had been given stitches and was in pain, but that he was buoyed by the protesters' cause and by the love he had been shown while in the hospital.

"The authorities must promptly conduct an investigation into this horrifying attack, bring all those responsible to justice and send a clear message that targeting activists will have consequences," Amnesty International said in a statement. "Anything less would send a chilling signal that such attacks are tolerated by the authorities."

The attack is reminiscent of incidents in July in which some three dozen people were wounded when groups of white-shirted men lashed out at pro-democracy protesters across the city, punching and pummeling them with clubs, before fading away.

Although the assailants who descended on Sham remain unknown, protesters and pro-democracy lawmakers were quick to suggest a tie to the government, which has sought for months to quell the demonstrations — many of which have been peaceful, though others have turned violent and led to clashes between police and mostly young activists.

The CHRF, Sham's group, said in a statement: "It is not hard to link this incident to a spreading political terror in order to threaten and inhibit the legitimate exercise of natural and legal rights."

Speaking to fellow lawmakers in Hong Kong's legislature on Thursday, Claudia Mo, a prominent member of the chamber's pan-democracy camp, said she and her colleagues "can't help feeling that this entire thing is part of a plan to shed blood at Hong Kong's peaceful protests."