Accessibility links
StoryCorps: He Traded Single Life To Be Foster 'Pop' To More Than 50 Kids Guy Bryant has fostered dozens of children over the past 12 years. At StoryCorps, he told one of his foster kids that he wants them to pass on what they've learned from him. 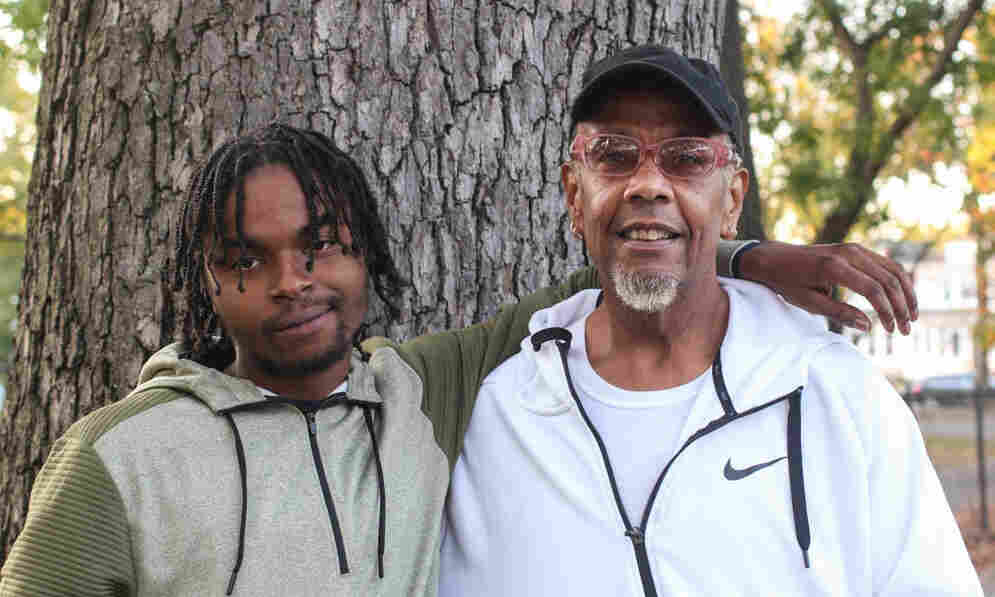 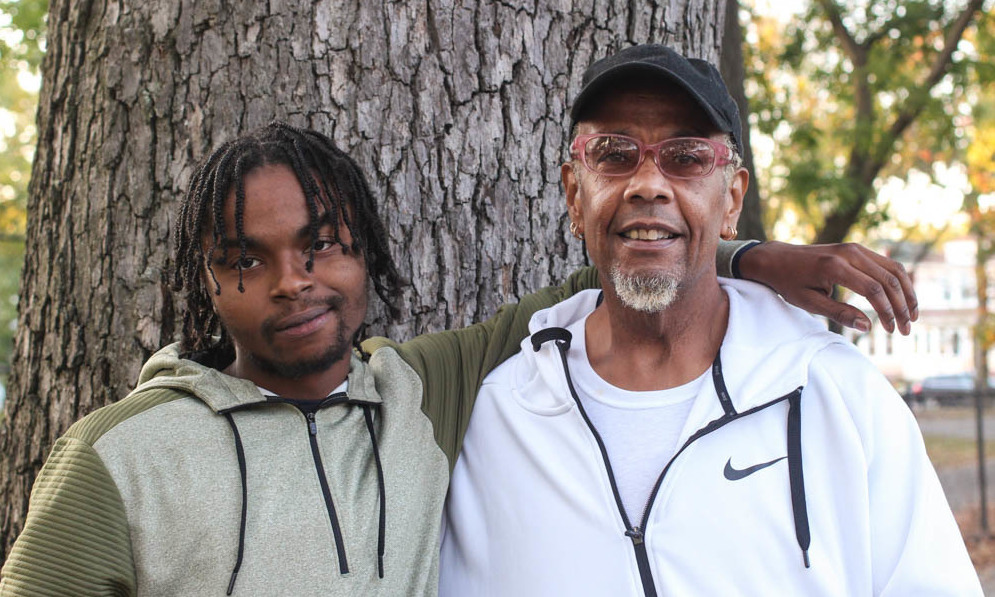 Before Guy Bryant (right) took Romario Vassell (left) into foster care, Vassell had been living in a homeless shelter.

Guy Bryant never intended to be a father figure. But over the past 12 years, he's housed more than 50 foster kids in his Brooklyn apartment.

For decades, Bryant, 61, worked with teens aging out of New York's child welfare system. His job was to find services that would make the transition to living on their own easier. But he felt that what he could accomplish at the New York City Administration for Children's Services office wasn't enough. So in 2007, he decided to become a foster parent.

In a StoryCorps interview last month, Bryant told Romario Vassell, 21, one of his foster children, that agreeing to care for him "was definitely one of the best decisions I made in foster care."

Bryant told Vassell that he was nervous when he took in his first foster child.

"I lived alone at that point, and he was a kid that nobody wanted to take because of his behaviors. He got in a fight and he appeared at my house," Bryant said.

Bryant says his family thought he was out of his mind for making such a big lifestyle change. His ex-wife also wondered how Bryant would adjust.

"I don't know about this," Bryant recalled her telling him. "You just so set in your ways."

2 Dads And Their Experience With Foster Fatherhood

A Second Chance For A Father And Foster Son

Bryant had been Vassell's assigned case worker when they met. Bryant suggested that Vassell, then a disheveled 18-year-old, consider foster care as an option to get out of the homeless shelter where he was staying.

At first, Vassell was hesitant. "I didn't know how foster care was. I've heard crazy stories," he said.

They agreed he would stay with Bryant.

Bryant hasn't looked back on his decision to become a foster parent. "You know, every time I turned around there was a kid who needed a place to stay," he said. "I felt like, it's so simple. If you have the space in your home and heart, you just do it. You don't really think about it."

At one point, Bryant said he had nine kids living with him so he moved to a bigger place.

The kids who've moved out of Bryant's place still have their keys to his place, he said. The kids he has fostered often return on Sundays for a meal together that Bryant cooks.

Since living with Bryant, Vassell now feels like he has a support network. "If I feel down and like I'm cornered, I have someone I can reach out to and talk to," he said. "And that's what I really love."

Bryant told Vassell, "Whatever you've learned from me I want you to teach it to someone else. Because that's what's important to me."

Bryant wants to simply be remembered that he was "Pop" to his kids, he said. "That says it all to me. That I can be somebody's Pop without being biologically connected to them."

"Well, you know you're mine," Vassell told Bryant.