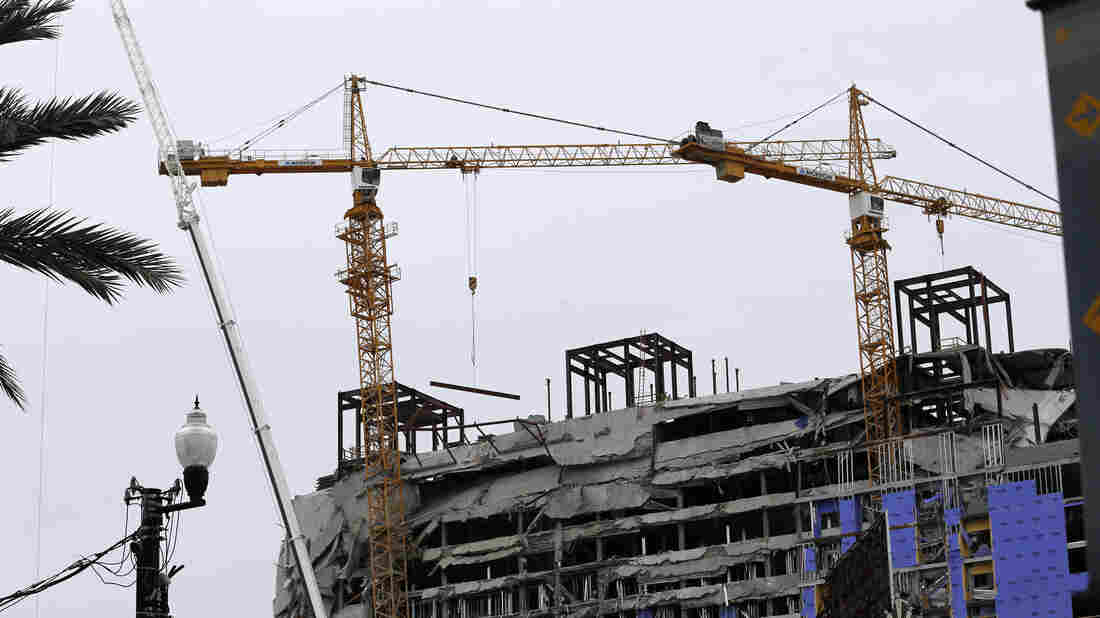 The two unstable cranes at the Hard Rock Hotel collapse site will be brought down by a controlled explosion. Gerald Herbert/AP hide caption 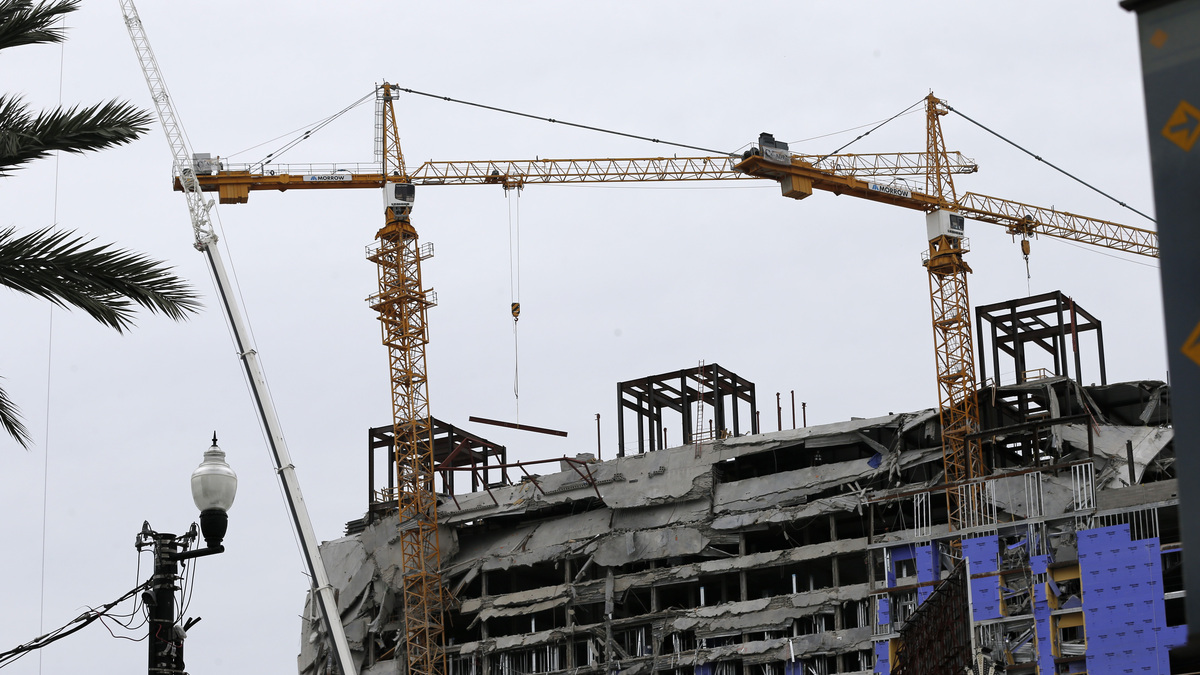 The two unstable cranes at the Hard Rock Hotel collapse site will be brought down by a controlled explosion.

Following the partial collapse of a Hard Rock Hotel construction site in New Orleans last weekend, city officials are preparing to stage a controlled explosion that will bring down two badly damaged cranes towering over the city. The detonation is planned for Saturday close to midday, according to authorities.

The collapse killed three workers and left more than 20 others injured last Saturday. A video released by WWL-TV shows bystanders fleeing the scene as one side of the building topples to the ground, covering the street in debris and dust.

BREAKING: CBS News confirms “8 or 9 patients” following partial collapse of construction site at Hard Rock Hotel in New Orleans.
•3 are in critical, others are referred to as “walking wounds”
•No fatalities
pic.twitter.com/awUfokkZPH

Louisiana Gov. John Bel Edwards said the formation of Tropical Storm Nestor influenced officials' decision to move forward with a controlled demolition, owing to the gusty winds it will bring to the area.

"There is a probability that we're going to have elevated winds regardless, and winds that pose a particular danger with respect to the cranes that remain in place over here at the site of the Hard Rock Hotel," Edwards told reporters. "We have concerns about how the weather may impact the operation here and the stability of the two cranes." 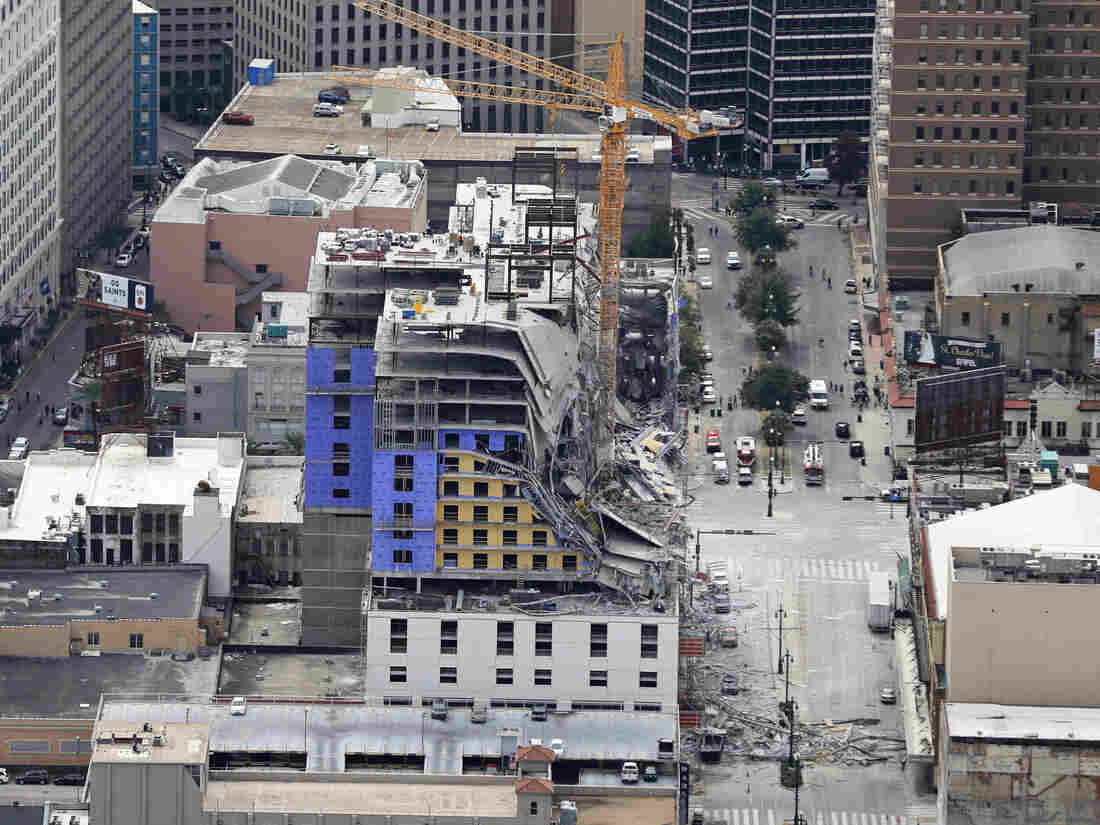 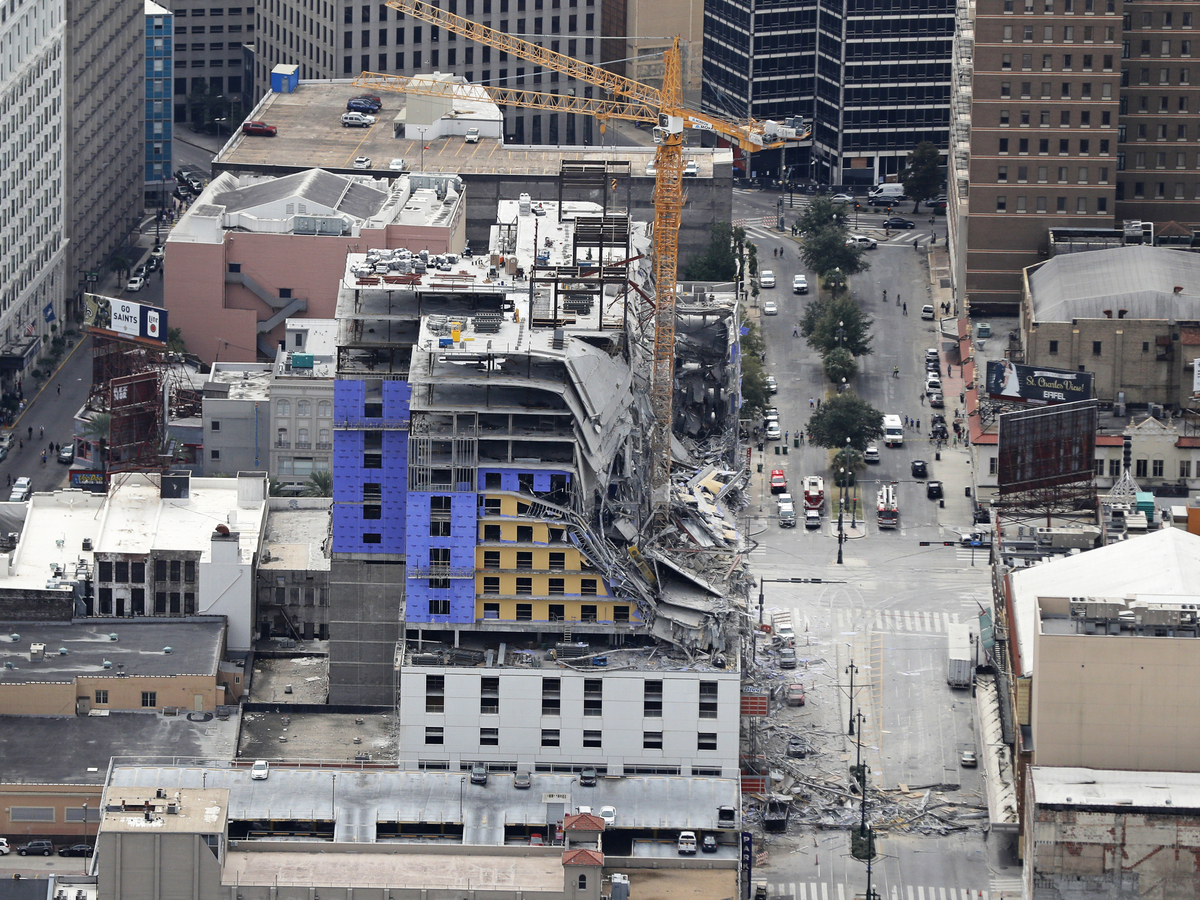 The collapse site seen from the air.

Tropical Storm Nestor is not expected to pass over New Orleans, but the city's mayor, LaToya Cantrell, issued a declaration of emergency because of the storm's winds and the hotel's collapse.

Fire Chief Tim McConnell described the city's plan to destroy the cranes, which will involve the use of "small explosives that will damage in a very methodical way that will bring the cranes down in an exact location." If all goes as planned, the explosion will look like it's "melting," according to McConnell.

The cranes, one standing about 270 feet tall and the other about 300 feet, are not stable. McConnell said the towers moved several inches overnight.

The city spent the days following the collapse evaluating the stability of the cranes and searching for an individual who remained missing in the wreckage. On Wednesday evening, the city decided to switch from rescue mode to recovery mode, after evidence indicated the missing person had not survived.

A temporary evacuation zone surrounds the area around the hotel, displacing residents and businesses. The city's Health Department is making resources, including mental health counseling, available to those impacted by the collapse.

In anticipation of the explosion, the city is removing vehicles from the area and shutting off gas service to mitigate hazards.

The Occupational Safety and Health Administration will investigate the cause of the collapse, which remains unknown. Citadel Builders LLC, the contractor hired to build the hotel, said it will cooperate and aid in any investigations.