Accessibility links
PG&E CEO Says California Could See More Power Outages For 10 Years PG&E is under fire for its management of last week's planned power outages that left about 800,000 customers in the dark. CEO Bill Johnson admits the company was ill-prepared for the operation. 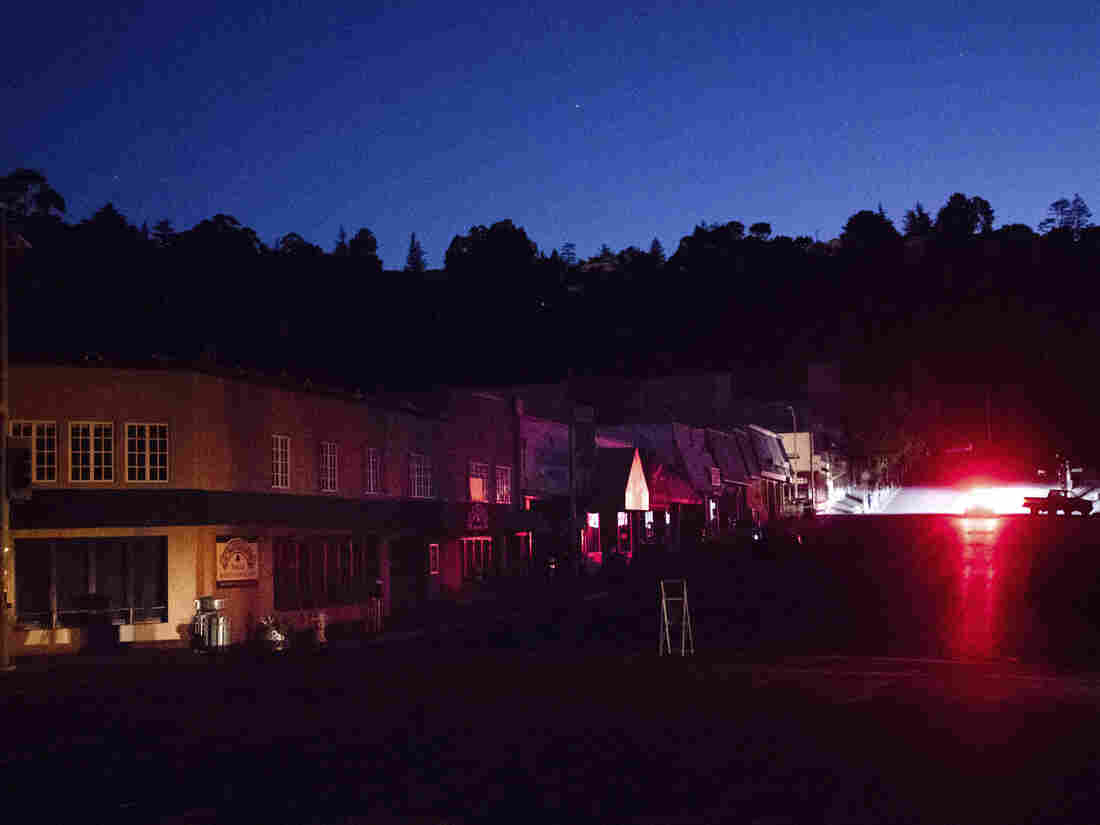 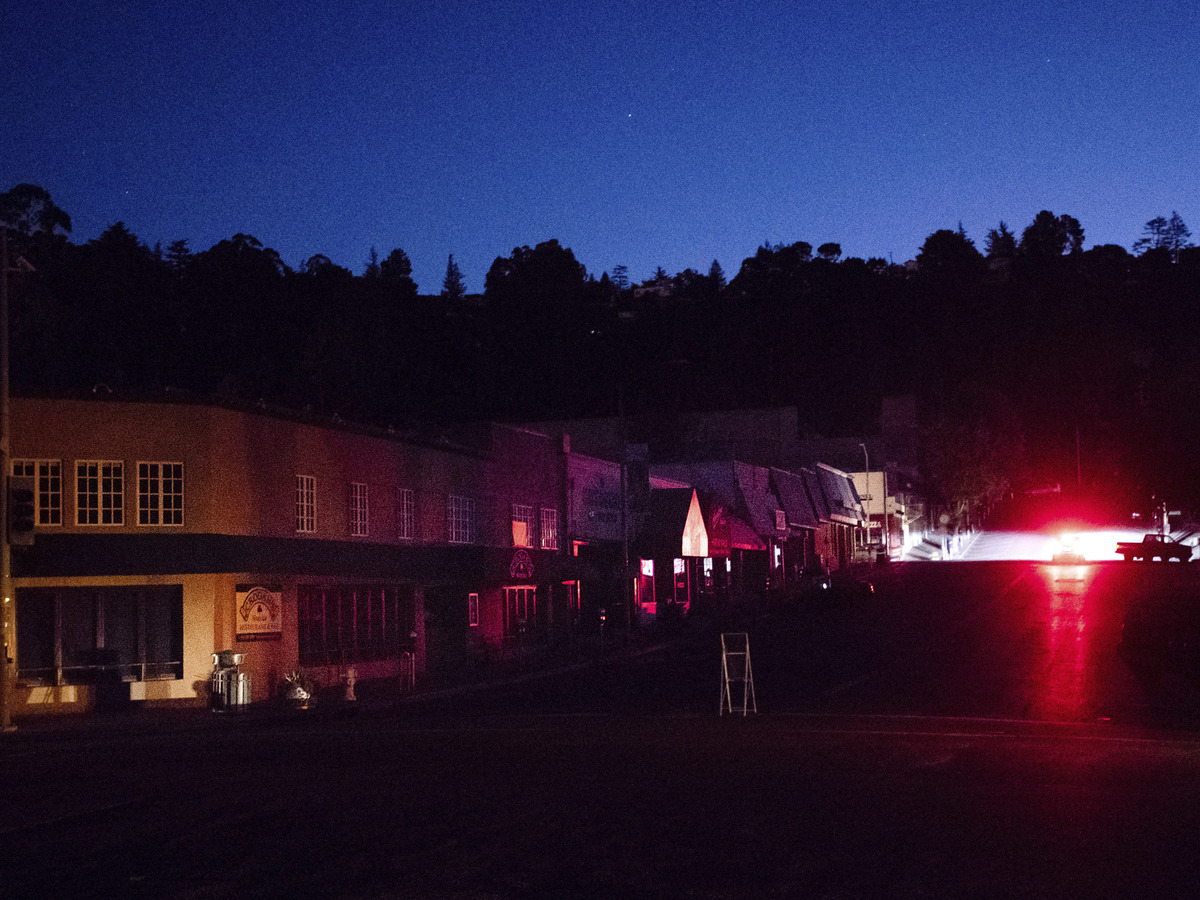 A car drives through a darkened Montclair Village in Oakland, Calif., after Pacific Gas & Electric shut down power last week to prevent wildfires.

The CEO of Pacific Gas & Electric Corp. told California energy regulators that the state will likely see blackouts for another 10 years like the one imposed last week that left as many as 800,000 customers without power.

The revelation by corporation CEO Bill Johnson came Friday at a California Public Utilities Commission meeting at which he said his company is trying to reduce the chances of wildfires by trimming more trees and using technology to target smaller areas of the grid when fire dangers require power outages.

But Johnson said it could take 10 years before such outages are "really ratcheted down significantly."

PG&E has come near universal criticism for its lack of planning in shutting off power and its failure to adequately handle customers' questions while the outages lasted. PUC president Marybel Batjer blasted utility officials saying, "what we saw play out by PG&E last week cannot be repeated."

During the blackouts, Johnson admitted that his company had not been prepared for the impact of the outages, including the crashing of the utility's website and call centers being overwhelmed with customers' concerns.

But Johnson still maintains that the outages, which the company calls Public Safety Power Shutoff events, were necessary to ensure safety in the face of seasonally high winds that can damage power lines and lead to wildfires.

"We recognize the hardship that the recent PSPS event caused for millions of people and want to continue working with all key shareholders to lessen this burden going forward," Johnson wrote in a letter to the PUC prior to the hearing. "At the same time, we ask our customers, their families, and our local and state leaders to keep in mind that statistic that matters most: there were no catastrophic wildfires."

The utility estimates that each customer household represents about three people, so that the power outages left roughly 2 million people in the dark.

In the hearing, Johnson tried to separate PG&E's rationale for the power outages from the company's execution.

"Making the right decision on safety is not the same as executing that decision well," Johnson said. "PG&E has to be better prepared than it was this time."

Last week California Gov. Gavin Newsom said the utility's management of the outages "was unacceptable." He called PG&E to issue rebates of $100 for residential customers and $250 credits to small businesses affected by the outages.

Johnson said PG&E is studying the request, but is concerned about setting a precedent.