Accessibility links
Review: 'Modern Love' With Anne Hathaway, Dev Patel and Andrew Scott Amazon's adaptation of the "Modern Love" column from the New York Times boasts a big, interesting cast. The stories, on the other hand, aren't so great.

'Modern Love' Is An Uneven Tour Of New York Romance

'Modern Love' Is An Uneven Tour Of New York Romance 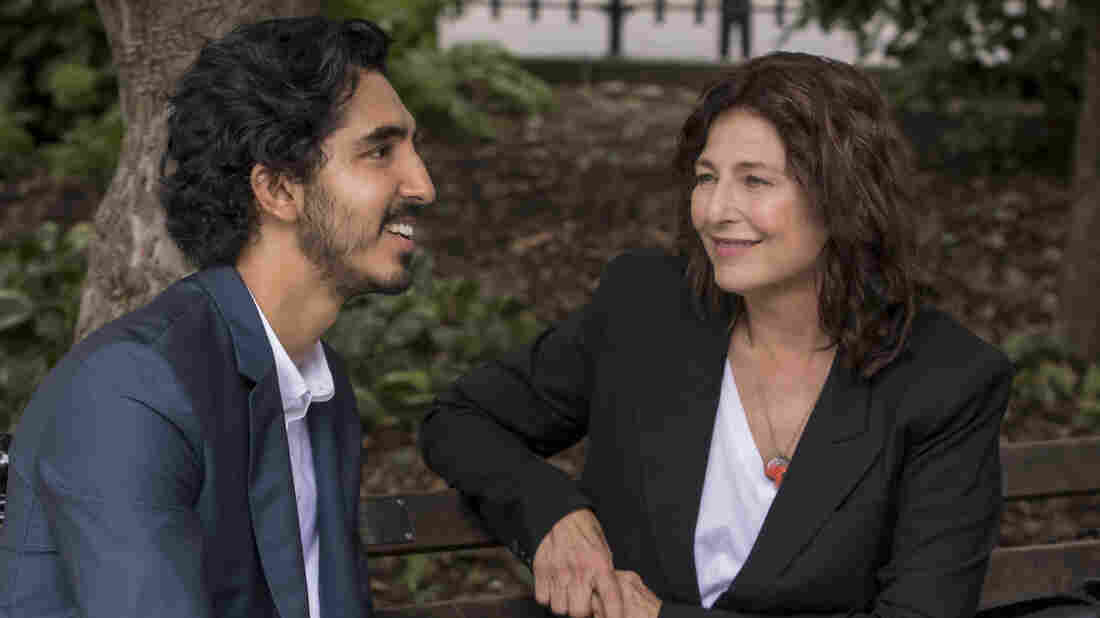 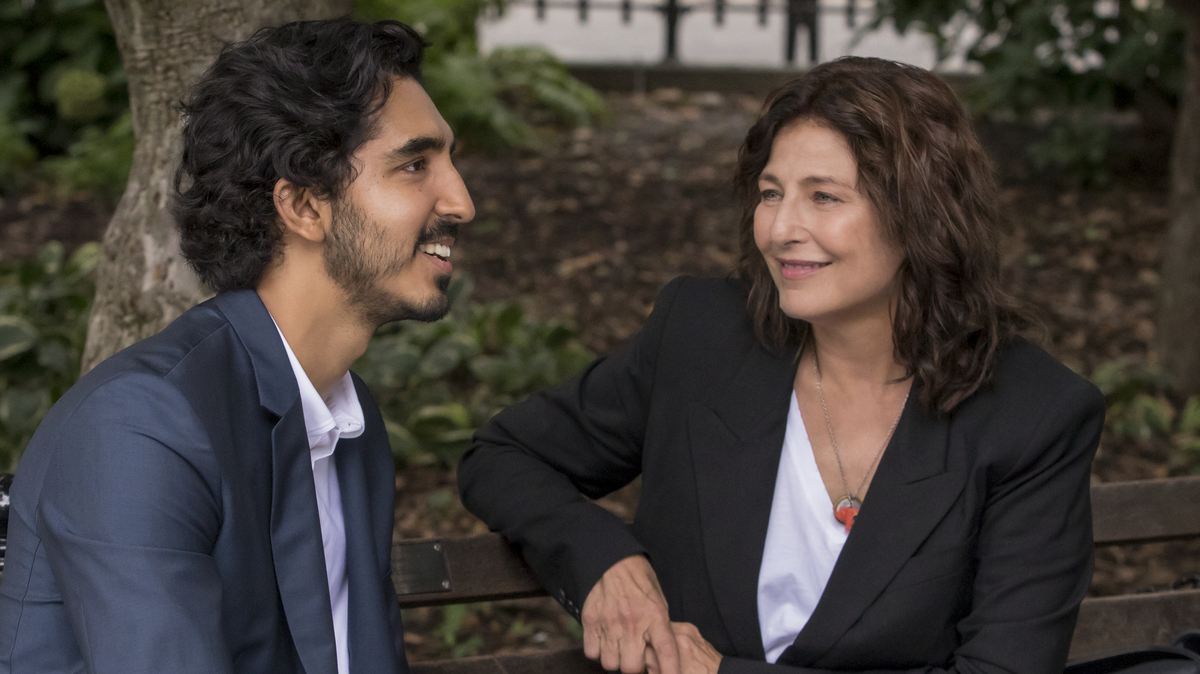 Dev Patel and Catherine Keener star in one episode of Amazon's Modern Love.

It is both a positive and negative attribute of the anthology series that it tends to be uneven. Black Mirror is, the new Twilight Zone was, Room 104 is. And now, Amazon is presenting an eight-episode series based on the loved, hated, and love-to-hated New York Times column Modern Love. Created by John Carney, who directed Once and Sing Street, it is — of course — uneven.

The column has a cozy (or is it irritating?) tendency to build itself around a hook, a little lesson about How Love Works. Each of these episodes is based on an existing column, and shares that tendency to tie itself up a little too neatly, as a New York tale with an indie-music, coffee-shop gentility. The first episode, "When The Doorman Is Your Main Man," finds a young woman (Cristin Milioti) relying on her kindly doorman (Laurentiu Possa) to help her cope with her dating life and then her unexpected pregnancy. Another, "Rallying To Keep The Game Alive," tracks a couple (Tina Fey and John Slattery) discovering that tennis can serve as a bond as their marriage weathers midlife stresses. "Love works this way," each episode suggests as it tucks you into its pretty and friendly New York City like a wool blanket.

Carney is a curious choice to head up this series, because Once and Sing Street are both about ideas of love that are much less neat. In fact, perhaps surprisingly, the neatness and the lesson-learning of Modern Love are what often makes the series seem slight. You would expect, maybe, a Carney take on a romantic anthology to be about less obvious angles than the fact that older people on their second marriages can still fall meaningfully in love, or that the last thing you want is to find yourself with regrets.

'Transparent' Goes Out On A Musical Note

Where Modern Love gets most of its shine is from its cast. In addition to all those mentioned above, it also features Anne Hathaway, Andrew Scott (yes, that's Hot Priest to you Fleabag people), Andy Garcia, James Saito, Jane Alexander, Catherine Keener, Dev Patel, and many others. It is definitively a good idea for Tina Fey and John Slattery to play a New York married couple; that is a gift. That their story isn't all that compelling doesn't mean it's not worth watching, simply to see them interact.

And while the stories often feel pat, there are some interesting experiments to be found here. Hathaway plays a woman who isn't sure how to tell potential dates she's bipolar, and the way music and fantasy sequences are deployed turn out to be a pretty effective method of demonstrating how completely different she feels like she is, depending on what her brain is doing. (It's probably also the story that feels the least like the rest.)

Some episodes are more true to their source material than others. An essay by Dan Savage about the very complicated open adoption of his son becomes the episode starring Andrew Scott and Brandon Kyle Goodman as a gay couple who adopt from a homeless woman (Olivia Cooke). Where Savage's piece is full of frustration and uncertainty about the child's relationship with his birth mother, the episode is mostly about a worrying father-to-be learning to embrace the uncertainty of a quirky homeless person's existence. It's a reductive take on the story, and not at all true to either this particular real-life tale or Savage's general posture as a writer.

It's not easy to tell a romantic story in a half-hour, which is the approximate length of these episodes (within, say, five minutes). You have to establish two people (sometimes more), set the stage, create a problem, and create some resolution to that problem — in a third of the length of a feature film. And anthologies are, in general, a good thing, in that they allow for people to try things: combinations of actors, formal experiments, directing strategies, and so forth. But Modern Love really feels like it would have benefited from less tidiness, less ponderousness — maybe even, dare I say, a little less New York Times-iness. Where it wants to be whimsical it comes across as cloying, and where it wants to speak to something common to multiple stories of (mostly white, mostly affluent) New York love, the emotions almost feel franchised.

Like the Modern Love column itself, the series does have its pleasures and its truths. But — again, like the column — there's a little less there than meets the eye.