Accessibility links
Parliament Votes To Delay Vote On Johnson's Breakthrough Brexit Plan In compliance with the Letwin Amendment, approved 322 to 306 on Saturday, a reluctant Prime Minister Boris Johnson sent a letter to the EU requesting an extension to the Oct. 31 no-deal deadline. 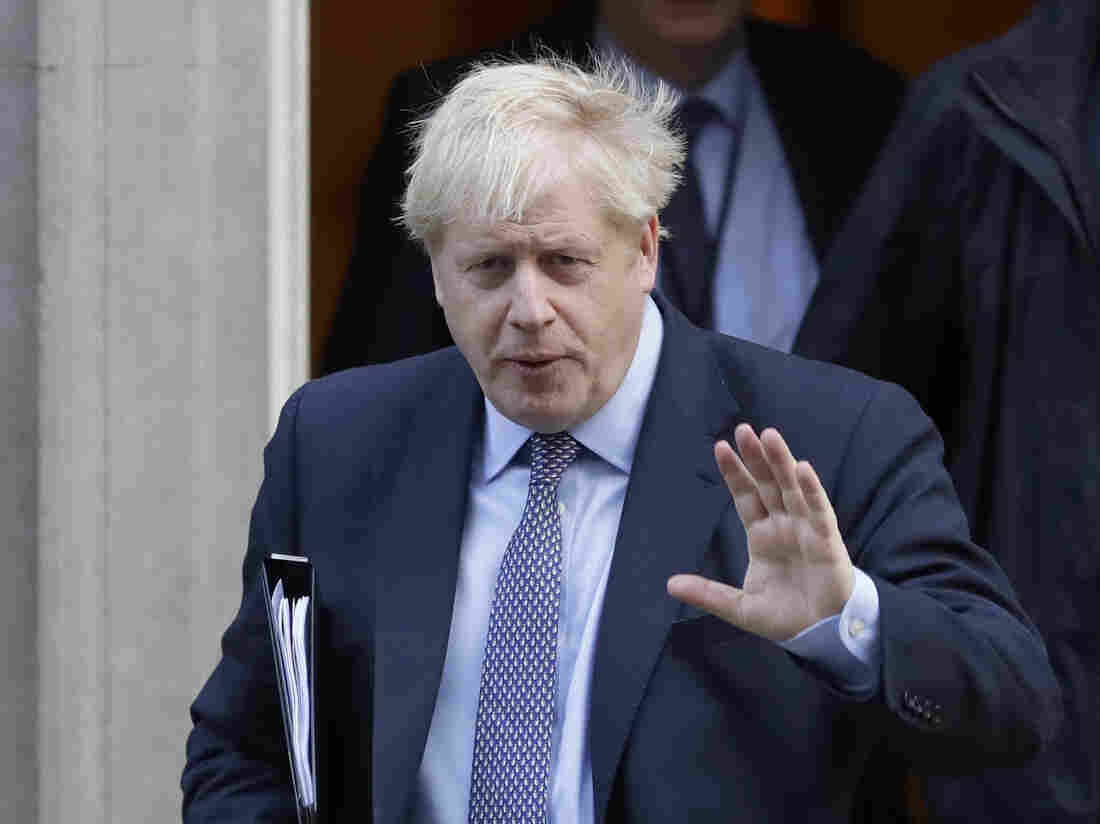 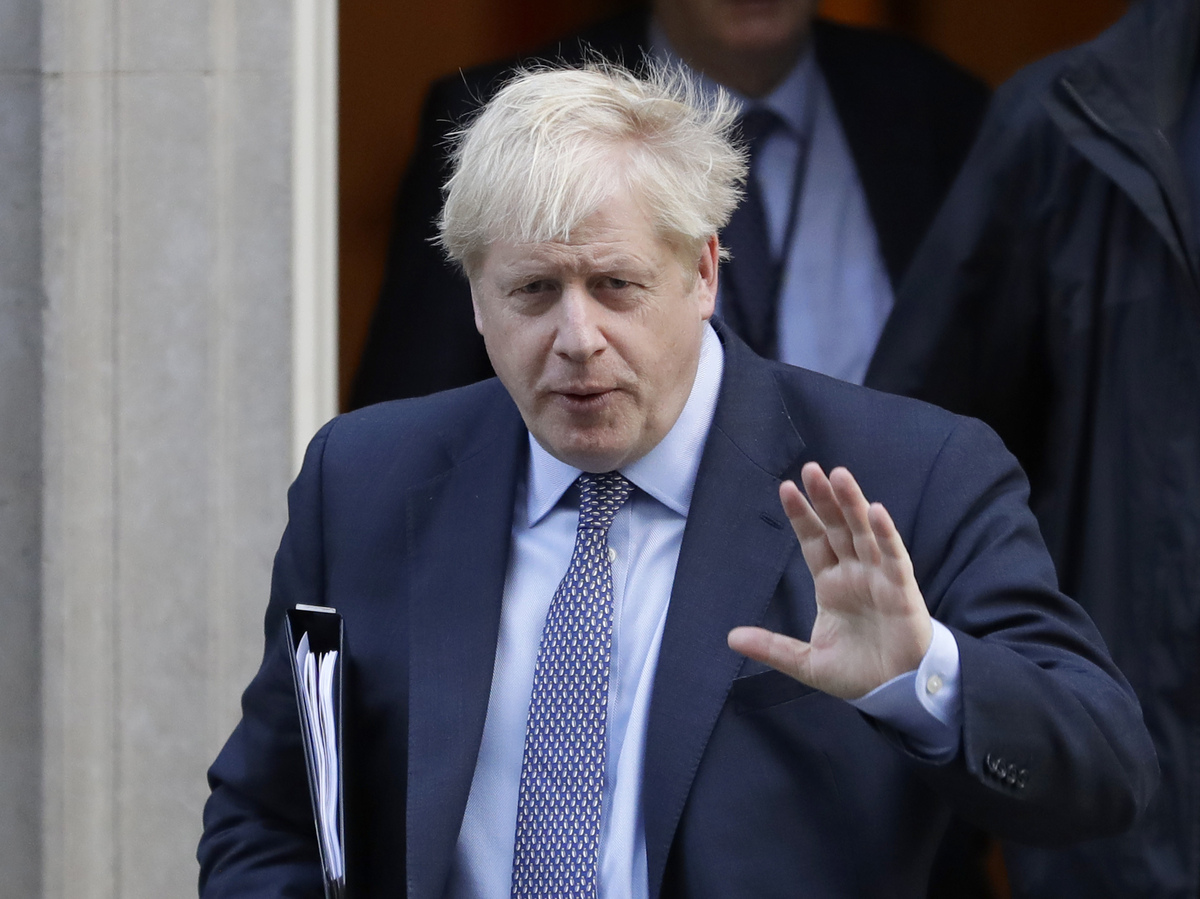 British Prime Minister Boris Johnson leaves No. 10 Downing St. to go to the Houses of Parliament in London on Saturday.

The British Parliament delayed a vote on a Brexit deal by three months Saturday, another defeat for Prime Minister Boris Johnson amid what had appeared to have been a breakthrough in negotiations between the European Union and the United Kingdom.

As demonstrators marched through the streets of London calling for a second referendum, Parliament met for a rare Saturday session to vote on Johnson's new agreement. The session was supposed to be a straight up-and-down vote, but an amendment put forth by former Conservative Oliver Letwin and approved by Parliament delayed the vote by three months.

The amendment puts the brakes on an immediate vote on Johnson's plan, instead requiring Parliament to pass the legislation needed to implement his plan before the vote. This opens up the possibility of the plan being altered in the three-month span, with continued debate and amendments that would not have been possible with an immediate up-and-down vote.

Although Johnson has said he would rather be "dead in a ditch" than seek a Brexit extension, he appeared to begrudgingly follow through with the approved amendment on Saturday in a series of conflicting letters to European Union leaders.

Johnson sent an unsigned letter to the EU requesting an extension of the Brexit deadline. European Council President Donald Tusk tweeted, "The extension request has just arrived. I will now start consulting EU leaders on how to react."

But that letter was reportedly accompanied by a separate, signed letter expressing his disagreement with an extension. In the second letter, Johnson wrote to Tusk that "a further extension would damage the interests of the UK and our EU partners, and the relationship between us."

Tusk and the heads of state and government will have to approve the delay request unanimously. They will meet Sunday morning to discuss Saturday's vote in Britain.

In early September, Queen Elizabeth II granted Johnson's request to suspend Parliament for five weeks after it refused to hold a snap election, limiting the body's ability to intervene and stop a no-deal Brexit. That move was later declared illegal by the U.K. Supreme Court, furthering the tension and resentment in Parliament.

Before Saturday's vote, Johnson appealed to the unity of a country that has been divided on the issue for three years and a Parliament that voted down former Prime Minister Theresa May's deal three times.

"Now is the time for this great House of Commons to come together and bring the country together today, as I believe people at home are hoping and expecting," Johnson said.

His Conservative Party does not have a majority, which required him to reach across the aisle on Saturday to opposition lawmakers in the Independence and Labor parties. Although Johnson did have some momentum on his side after the deal was announced, the Letwin Amendment was approved 322 to 306. 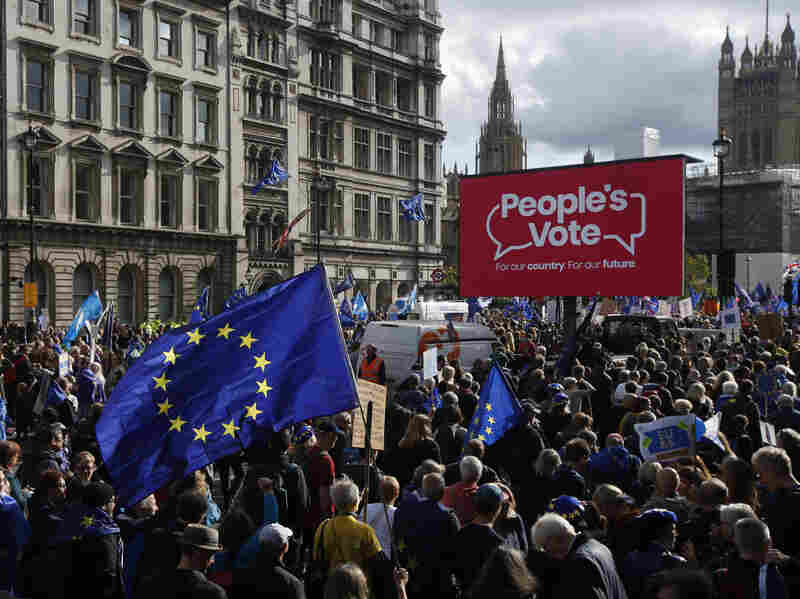 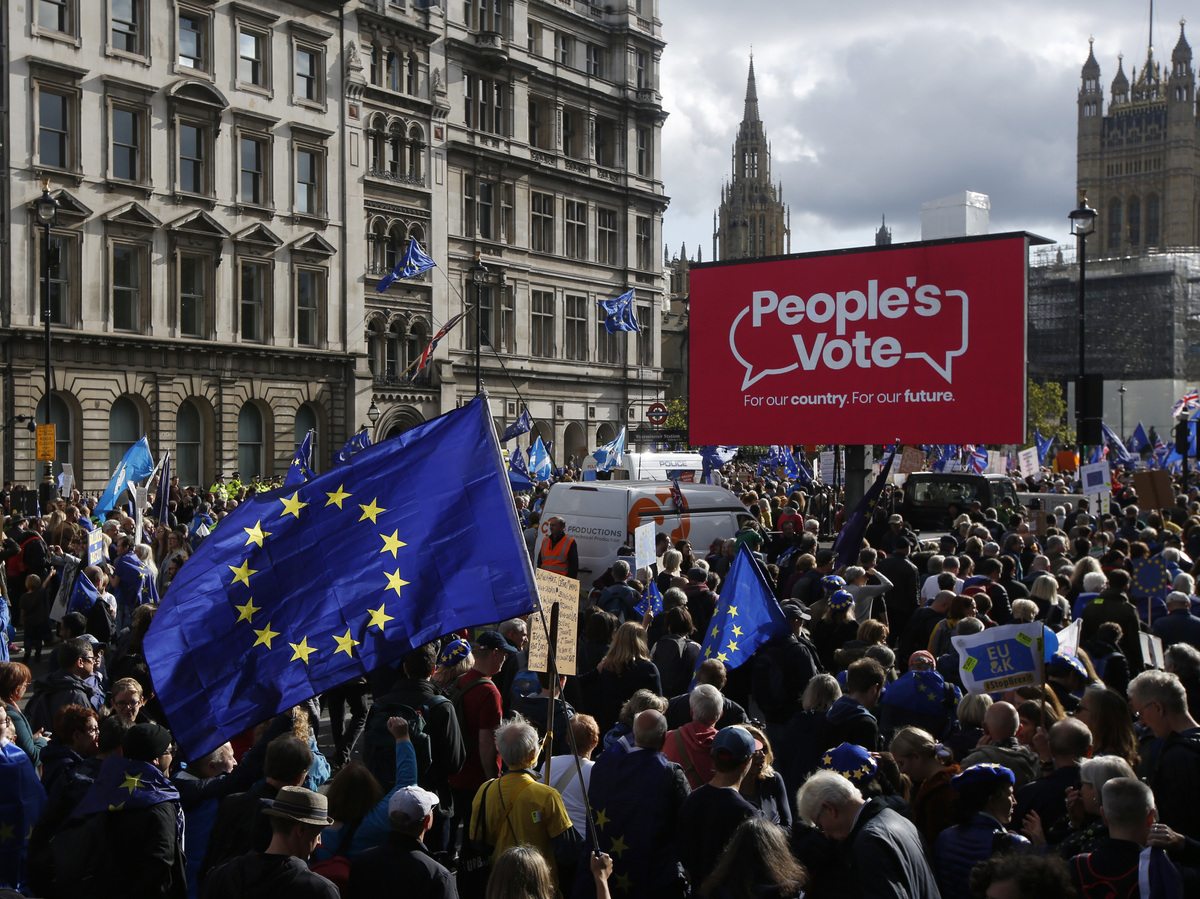 Demonstrators hold European Union flags and banners during a People's Vote march in London on Saturday.

Johnson's plan had the approval of European Commission President Jean-Claude Juncker, who called it a "fair and balanced agreement" that avoided the "need for any kind of prolongation," in a joint press conference on Thursday.

"I think the deal is different in that he got some concessions out of the European Union, so that the U.K. would not always be stuck in a long-term customs relationship with the EU," Langfitt said. "People were afraid that could last forever."

"The other difference is that Prime Minister Johnson is much more charismatic and much more persuasive than Theresa May was."

The protests outside of the House of Commons could not be ignored Saturday, highlighting the divide of opinion over the country's relationship with the EU and over how the original Brexit referendum in 2016 was handled.

"Frankly, there's Brexit fatigue here. People are tired of this, and there's also a concern that if they don't get this done, they'll crash out of the EU."

Of great discussion regarding the implementation of Brexit is the status of a customs border between the Irish Republic and Northern Ireland.

Should that happen, President Tusk will consult all 27 Heads of State & Govt on whether or not we will grant one. Extension can only be granted by unanimity. #Brexit

Alexander Tuerk (@tuerk_alexander) is an intern at Here & Now.