Accessibility links
Alexandria Ocasio-Cortez Endorses Bernie Sanders In an interview with NPR, the congresswoman said her decision to endorse Sanders is part of a movement that is "far larger than a presidential campaign." 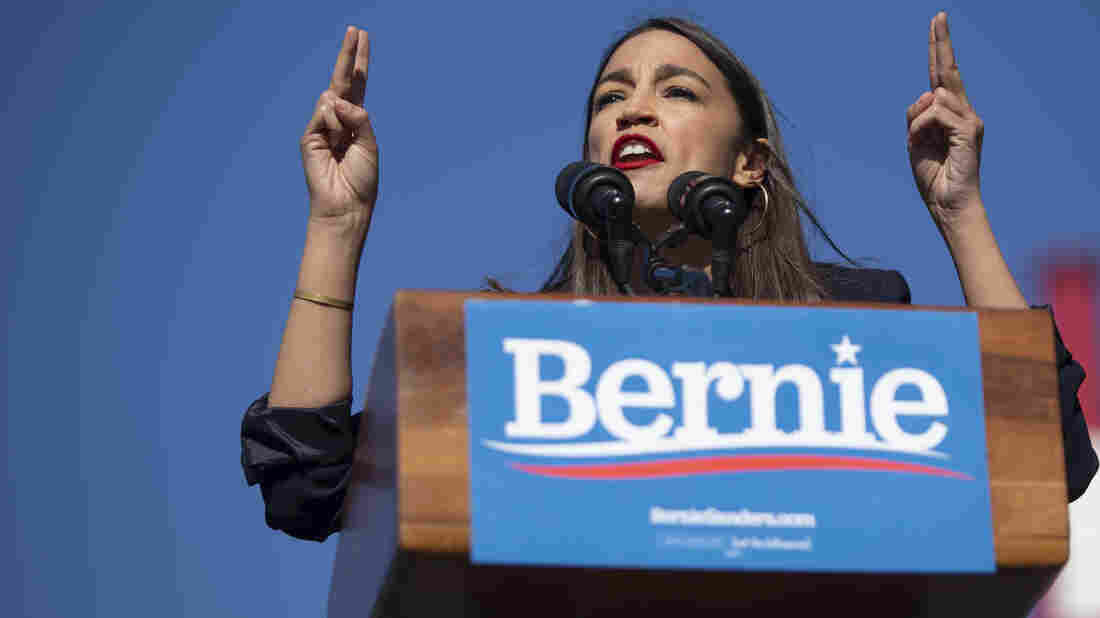 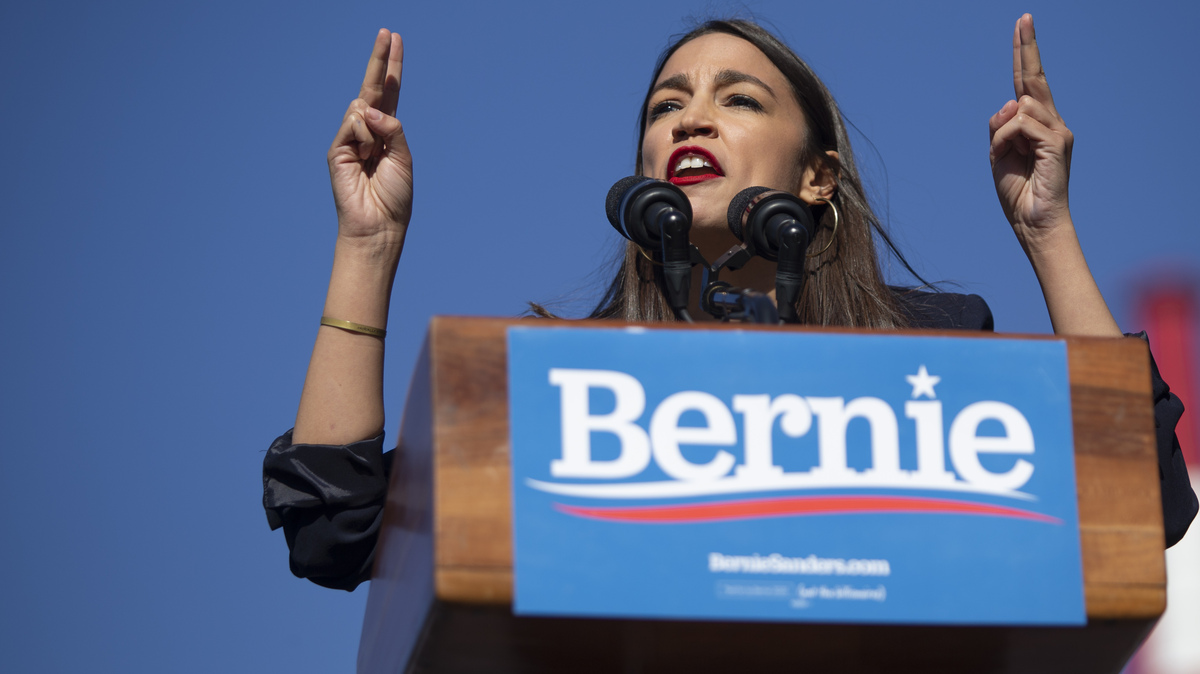 Addressing an estimated crowd of more than 25,000 supporters, Ocasio-Cortez said she was proud to join the Vermont senator in bringing "a working-class revolution to the ballot box of the United States of America."

Sanders, who was holding his first campaign event since having a heart attack earlier this month, told the crowd, "I am back." He called Ocasio-Cortez an inspiration to young people across the country "who now understand the importance of political participation and standing up for justice."

The endorsement from Ocasio-Cortez comes at a pivotal time for the Sanders campaign. While Sanders raised more money than any other candidate in the Democratic primary field last quarter, he has struggled to gain traction in polls. Sanders now trails former Vice President Joe Biden and Massachusetts Sen. Elizabeth Warren in most polls.

Even before Sanders' heart attack, "the conventional wisdom was that the Democratic primary was essentially winnowing down to a two-person contest between Joe Biden and Elizabeth Warren," NPR's Asma Khalid recently reported.

In an effort to energize the campaign, Ocasio-Cortez emphasized her personal story at Saturday's rally and said she is supporting Sanders because he fought for progressive policies, even when they were not politically popular.

The two politicians — who both describe themselves as Democratic socialists and both support "Medicare for All" and the Green New Deal — spoke with NPR's Michel Martin following the event.

Sanders, who had two stents inserted in his heart to clear a blocked artery, said he is "feeling great."

Ocasio-Cortez said calling Sanders when he was in the hospital after his heart attack was a "gut check" moment for her.

"I feel decided," Ocasio-Cortez said. "It would be dishonest of me not to let folks know how I feel about this race."

When asked why she chose to support Sanders over Warren, a progressive female candidate, Ocasio-Cortez said her decision was less about the gender of the candidate and more about "feminist values in the campaign."

"For me, this is not about 'Why not any other candidate?' " Ocasio-Cortez said. "The fact that [Sanders] has been fighting for these issues for so long struck me in a very personal way."

Earlier this week, Rep. Ilhan Omar of Minnesota also announced her endorsement of Sanders. Ocasio-Cortez and Omar make up one half of "the squad," a group of four first-term congresswomen who have attracted attention for their progressive politics — and for President Trump's racist tweets about them.

As for whether an endorsement from Ocasio-Cortez, who represents a district that voted overwhelmingly for Hillary Clinton in 2016, would move the needle in a general election, Sanders said, "it's not just Alexandria's district — it's what she is fighting for."

"If you look at the ideas that she is fighting for, it will resonate in every state in this country," Sanders said, citing her support for progressive policies on climate change and health care and an increase to the minimum wage.

Sanders also said he believes his campaign does not have to choose between persuading undecided voters on the issues and energizing his existing supporters on the far left.

"It's all of that and more," he said, adding that "virtually every credibly national poll" currently has him defeating President Trump in a general election.

Sanders does have an edge on Trump in polls, and a September NPR/PBS NewsHour/Marist poll found that his favorability rating among Democrats had increased to 66%. But when looking at the broader electorate, the poll found that just 38% of the electorate had a positive view of him, with 55% of voters saying they have an unfavorable view.

Ocasio-Cortez told NPR that she is encouraged by Sanders' polling and added that her "passion as an organizer is in talking to people who don't vote."

"One of the things that's so important about what Senator Sanders is talking about, and what this campaign is about, is that it's far larger than a presidential campaign," said Ocasio-Cortez. "This is about creating a mass movement."