Accessibility links
Paris Zoo's New Attraction Is 'The Blob,' A Smart, Brainless Slime Mold Is it an animal? A type of fungi? No, it's "the blob." The amorphous "slime mold" may not have a nervous system, but it's the star of a new exhibit at the Paris zoo. 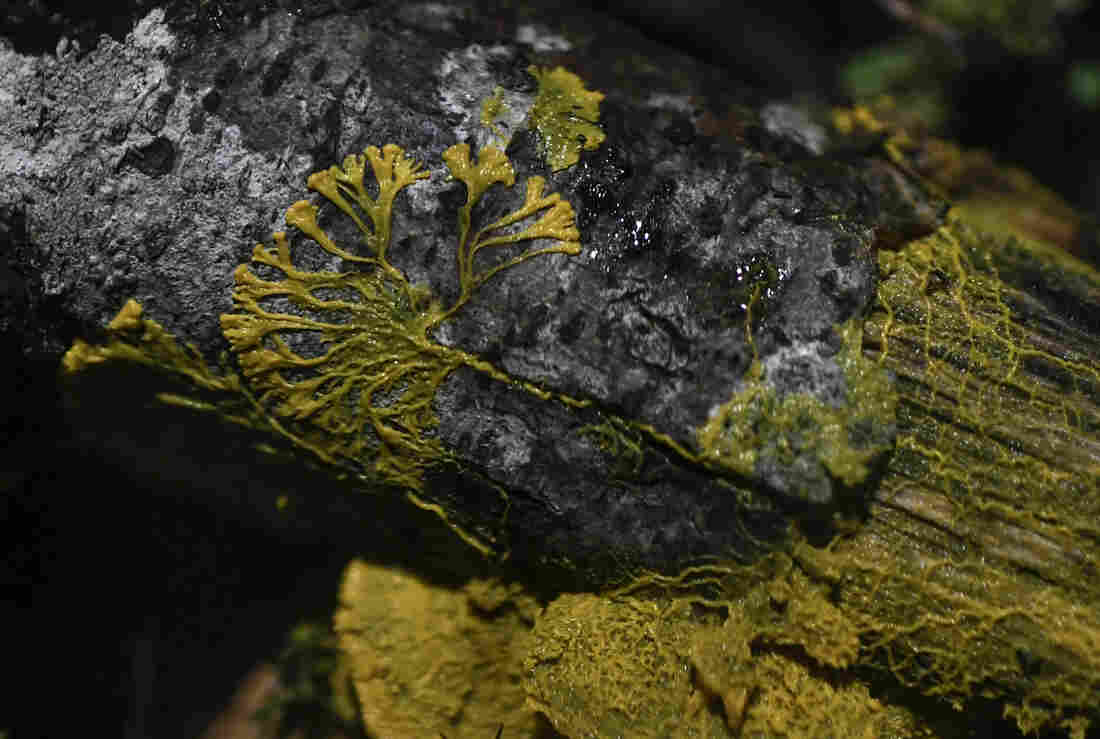 The Paris Zoological Park is home to Physarum polycephalum, better known as "the blob," a unicellular organism capable of learning despite its lack of neurons. Stephane De Sakutin/AFP via Getty Images hide caption 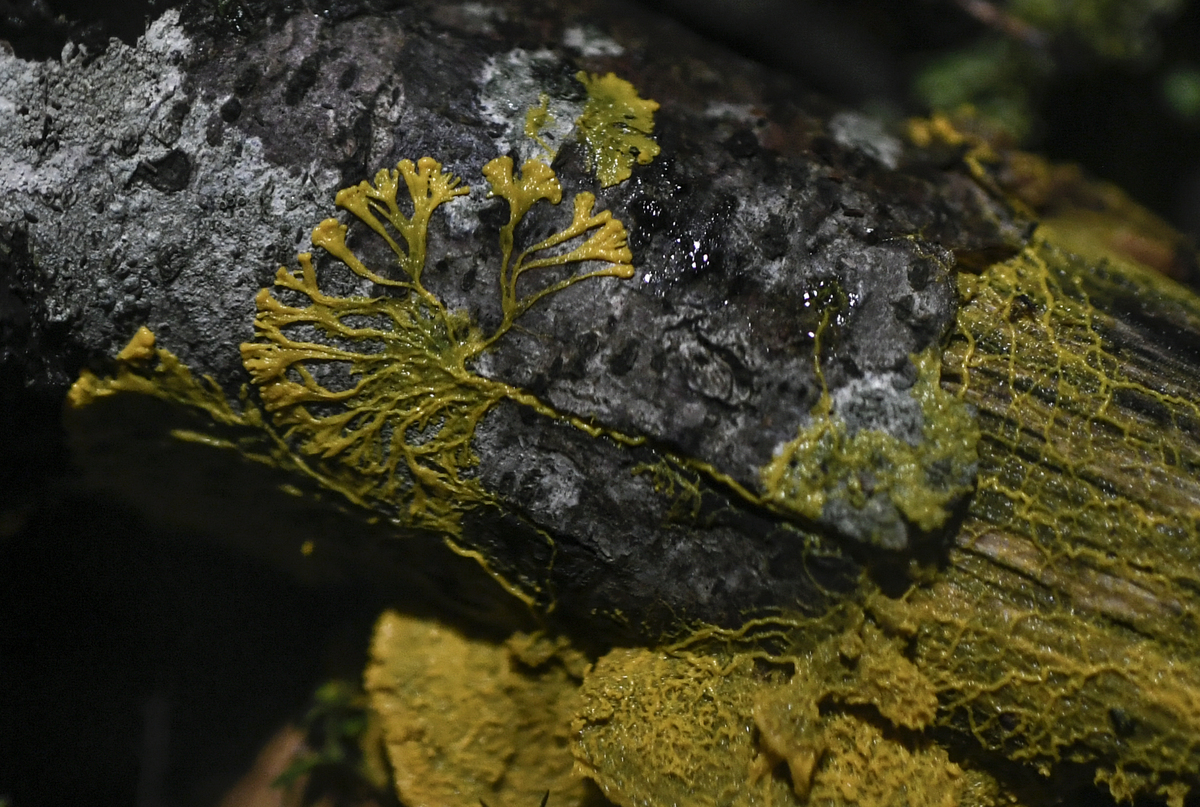 The Paris Zoological Park is home to Physarum polycephalum, better known as "the blob," a unicellular organism capable of learning despite its lack of neurons.

A brainless, bright-yellow organism that can solve mazes and heal itself is making its debut at a Paris zoo this weekend.

At least so far, "the blob" is more benevolent than the ravenous star of its 1950s sci-fi film classic namesake.

Time-lapsed videos of the blob show a slimy organism rapidly multiplying in size. How fast exactly? The blob can sprint about four centimeters per hour, according to the Paris Zoological Park

The blob is neither animal, nor plant. And although Physarum polycephalum — Latin for "many-headed slime" — is classified as a type of slime mold, scientists now consider the creature unrelated to fungi.

This species has been around for as many as 1 billion years, but its mysterious nature has attracted new fame thanks to the unveiling on Saturday of an exhibit dedicated to the single-cell organism at the Paris zoo.

Despite having no mouth or stomach, the blob can detect and digest food. Oats, in particular, are a blob delicacy. It also boasts more than 700 different sexual types, a reproductive strategy to prevent the organisms from mating with each other.

The slime mold, which lacks a nervous system, is capable of advanced decision-making, learning and long-term memory storage, according to Audrey Dussutour, who studies unicellular organisms with the French National Center for Scientific Research.

"It can find its way through a maze, it can construct efficient transport networks, sometimes better than us, actually," Dussutour said in an interview with NPR's Weekend Edition.

In one remarkable experiment published in Science, researchers in Japan found that a slime mold managed to configure itself into a near-replica of the meticulously designed Tokyo rail system when introduced with an oat-flake model of Tokyo and its surrounding metropolis.

The Microbial Eve: Our Oldest Ancestors Were Single-Celled Organisms

Cut the blob into two, and it can regenerate itself within two minutes, according to the zoo.

Through fusion, two blobs with the same genetic makeup can merge into one organism, and share their respective knowledge.

Its enemies include light, drought, salt and caffeine. But, Dussutour said, "If you train a slime mold to ignore caffeine for example, it can transfer this knowledge to another clone."

NPR's Will Jarvis and Melissa Gray produced and edited the audio version of the story.