Accessibility links
President Trump Drops Plan To Host G-7 At His Miami Resort Blaming "Media & Democrat Crazed and Irrational Hostility" as the reason for his reversal, the president said he will consider other sites for next year's meeting of international leaders. 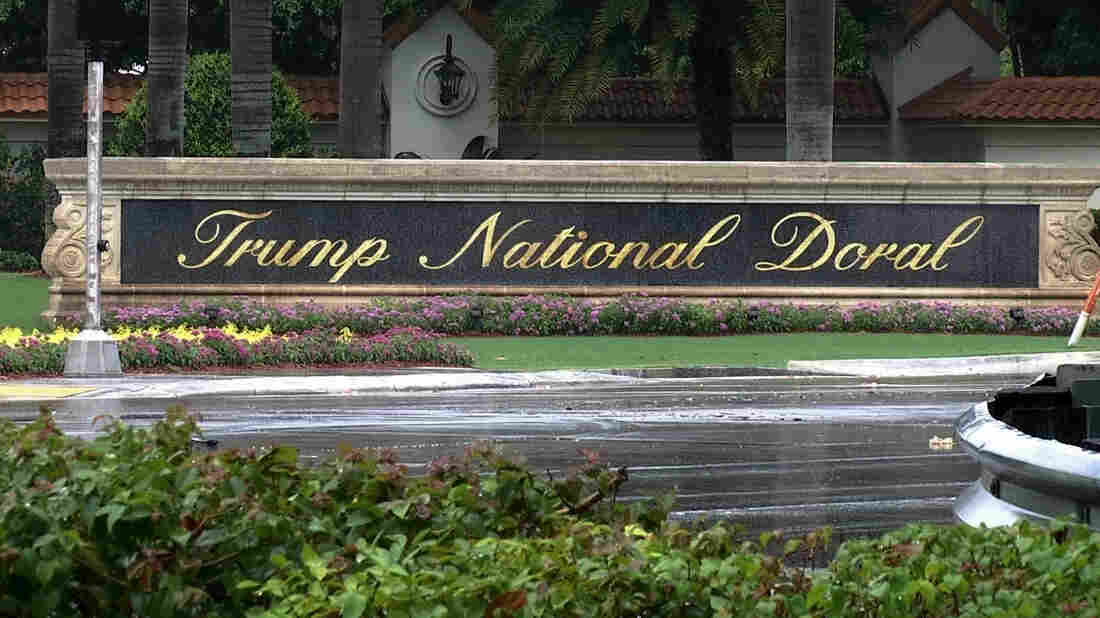 On Saturday, President Trump abandoned his plan to host the next G-7 summit at his golf resort in Doral, Fla. Alex Sanz/AP hide caption 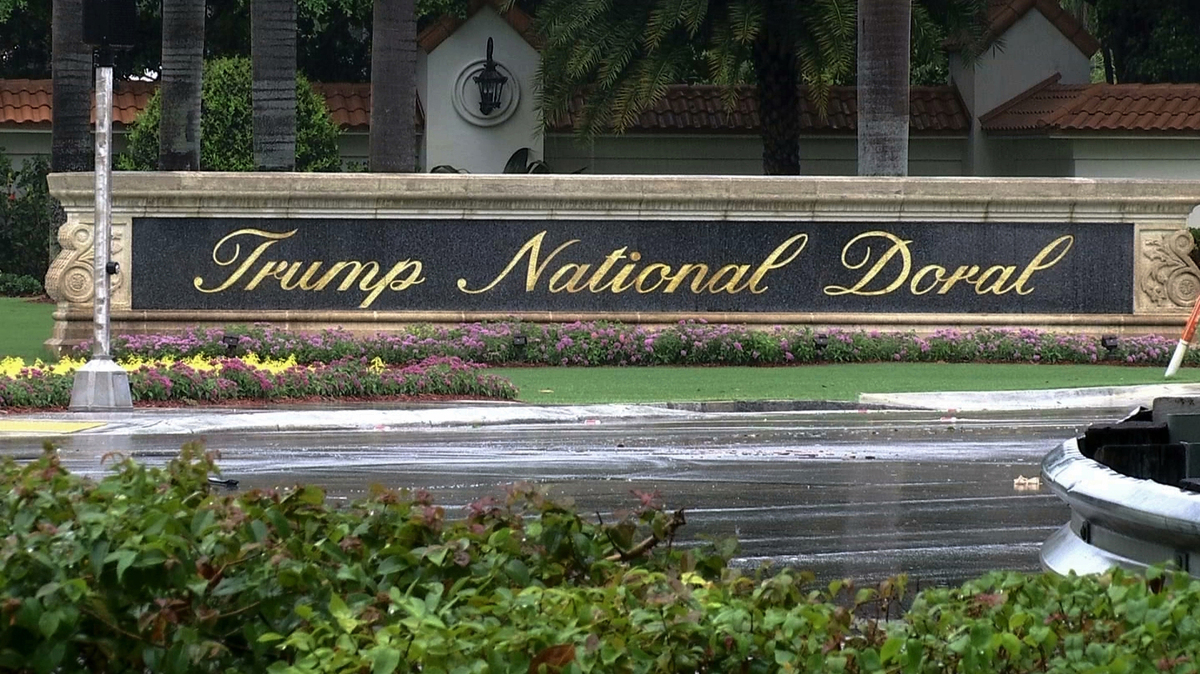 On Saturday, President Trump abandoned his plan to host the next G-7 summit at his golf resort in Doral, Fla.

President Trump announced that he's dropping his plan to host next year's G-7 meeting of the leaders of the world's biggest economies at his Miami-area golf club.

In a series of late-night tweets on Saturday, Trump blamed the reversal on what he described as "Media & Democrat Crazed and Irrational Hostility," following bipartisan claims that he's exploiting his presidency for personal profit.

"I announced that I would be willing to do it at NO PROFIT or, if legally permissible, at ZERO COST to the USA," the president tweeted. "[B]ased on both Media & Democrat Crazed and Irrational Hostility, we will no longer consider Trump National Doral, Miami, as the Host Site for the G-7 in 2020."

He again touted his resort's "grand" acreage, ample rooms and proximity to Miami International Airport as features that would make it an ideal venue to host international leaders.

Trump said his administration "will begin the search for another site, including the possibility of Camp David, immediately."

Acting White House Chief of Staff Mick Mulvaney had announced on Thursday that Trump National Doral would be the site of the 2020 summit. The selection revived accusations about Trump's ability to use his office for financial gain and claims that he has violated the Constitution by collecting payments from foreign governments going to businesses he owns.

Speaking on Fox News Sunday, Mulvaney said Trump "was honestly surprised at the level of pushback" against his selection of Doral. "At the end of the day, he still considers himself to be in the hospitality business."

Since the early days of his presidency, Trump has faced multiple ongoing lawsuits alleging that he is violating the Constitution's Emoluments Clause, which prohibits a sitting president from accepting payments from foreign governments.

Noah Bookbinder, the executive director of Citizens for Responsibility and Ethics in Washington, one of the groups suing Trump over the emoluments issue, said Trump's Saturday announcement was "a bow to reality but does not change how astonishing it was that a president ever thought this was appropriate or that it was something he could get away with."

Democratic House leaders had planned a vote as early as this week to rebuke Trump over the decision. They had also planned investigations into the selection process and suggested they would prevent government money from being spent at Trump properties. A number of Republicans in Congress had also voiced concerns with the Doral choice.

Rep. Jim Banks, R-Ind., told NPR's Lulu Garcia-Navarro on Sunday that he was "glad" the president reversed course on Doral.

"The distraction that it created I think alone shows that the president ... probably made a very wise decision to retreat from holding it at one of his properties," he said on Weekend Edition Sunday, "to hold it somewhere else where it will be far more productive."

On Saturday, an hour before Trump canceled the Doral plan, Democratic presidential candidate Joe Biden issued a rebuke on Twitter.

"Hosting the G7 at Trump's hotel? A president should never be able to use the office for personal gain," the former vice president wrote.

During Thursday's press briefing, Mulvaney dismissed the possibility of returning to Camp David to hold the gathering, describing it as "too small" and "too remote."

"I understand the folks who participated in it hated it and thought it was a miserable place to have the G-7," he said.