Accessibility links
Boeing 737 Max Crash Victim's Family Pushes To Keep The Planes From Flying The death of Samya Stumo in an Ethiopian Airlines crash stirred her parents to take action against regulators and Boeing. Victims' families want regulators to order a complete review of the 737 Max. 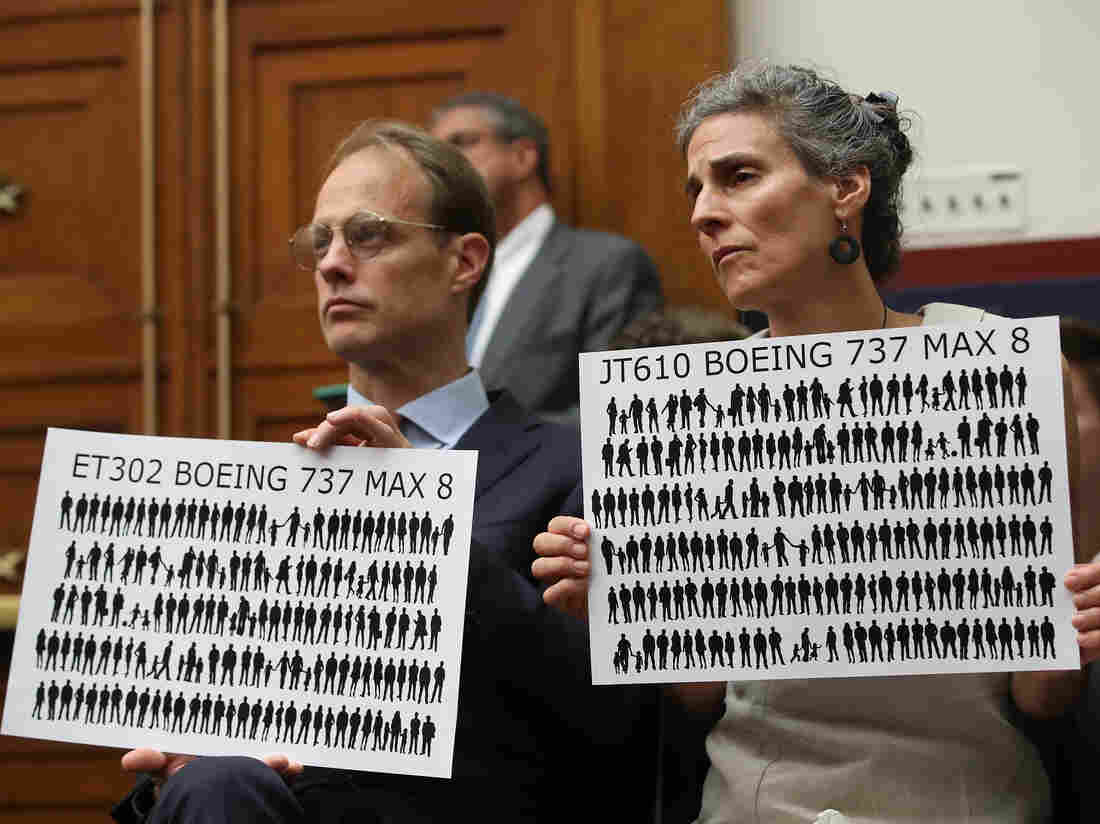 Michael Stumo and his wife Nadia Milleron, whose daughter was killed in the Ethiopian Airlines Flight crash, attend a House committee hearing June 19. They and other victims' families have been a driving force in the campaign to keep the Boeing 737 Max grounded. Mark Wilson/Getty Images hide caption 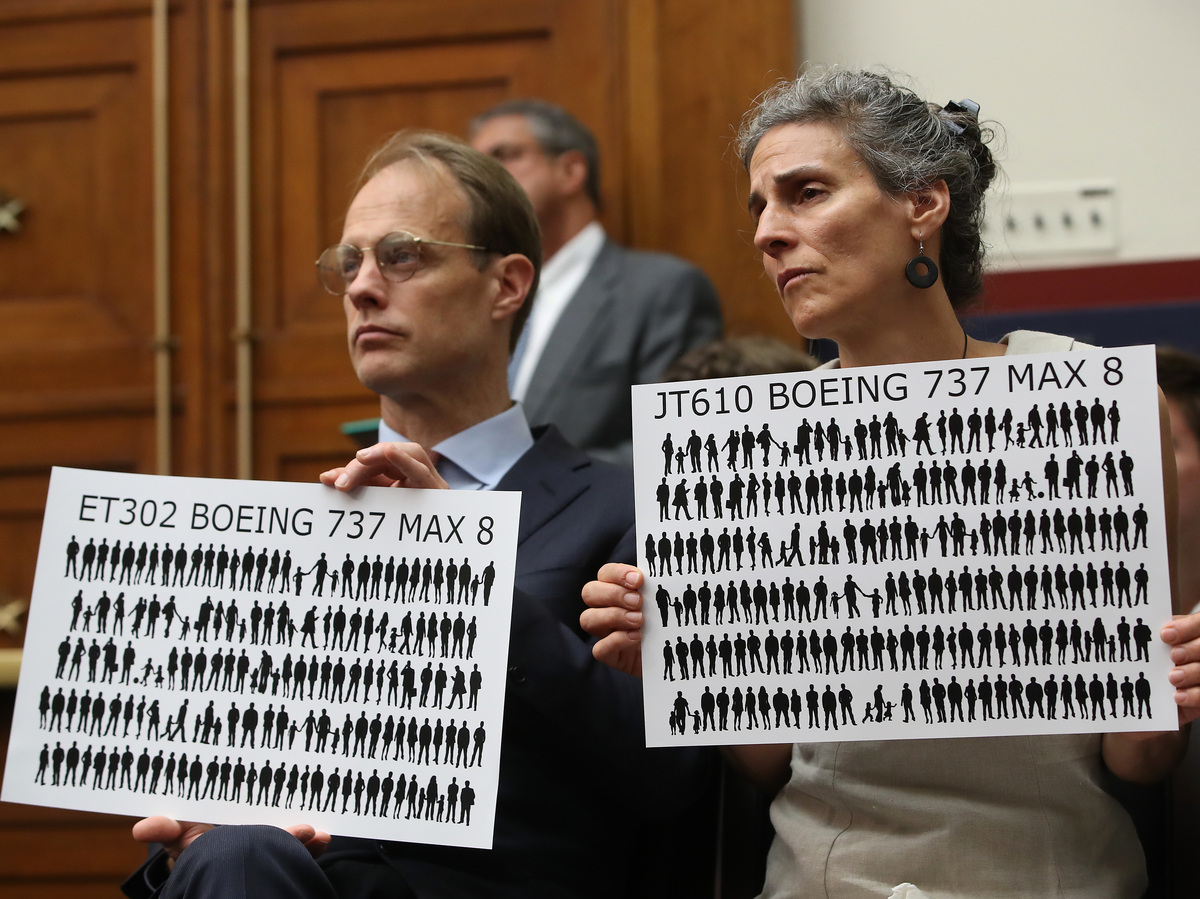 Michael Stumo and his wife Nadia Milleron, whose daughter was killed in the Ethiopian Airlines Flight crash, attend a House committee hearing June 19. They and other victims' families have been a driving force in the campaign to keep the Boeing 737 Max grounded.

The last time Samya Stumo's family heard from her, she had sent a text letting them know she was about to board an Ethiopian Airlines flight from Addis Ababa to Nairobi. She would write again when she got there, she promised.

But the 24-year-old from western Massachusetts was among 157 people who were killed when the flight crashed last March.

For her family, it was the start of a painful, grief-choked odyssey that has turned them and dozens of other families into reluctant activists, taking on federal regulators and Boeing over the crashes of two 737 Max airplanes.

For Family Of A Lion Air Crash Victim, 'The Happiness Is Gone'

"We're traumatized. We don't want to be doing this," says Michael Stumo, Samya's father. "But we want to avoid a third crash. If someone had been more active after [the first crash] in Indonesia, maybe this crash wouldn't have happened."

The flight Samya Stumo had boarded crashed in a remote part of Ethiopia on March 10, killing all on board. It was the second air disaster involving a Boeing 737 Max in less than five months, coming after the October 2018 crash of Lion Air Flight 610 in Indonesia.

Both crashed right after takeoff, when the noses of the planes went into steep dives, making it difficult for the pilots to control the aircraft. After the second crash, regulators took the plane out of service to figure out what had happened, and the 737 Max has been grounded ever since.

Investigators have zeroed in on flaws in a software program designed to stabilize the plane, and Boeing says it has redesigned the program to make it easier for pilots to use.

The company has also said it hopes to have the plane back in the air by the end of this year.

But the Stumo family and other victims' relatives say that's too soon, and they've become a driving force in the campaign to keep the plane out of the air. They testified on Capitol Hill in July and met with Transportation Secretary Elaine Chao in September. 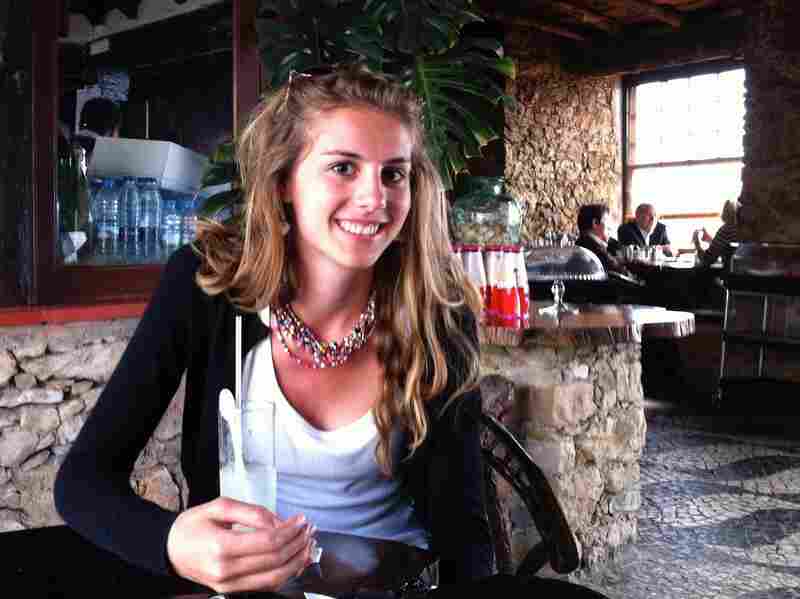 Samya Stumo was killed in the crash of Ethiopian Airlines Flight 302. "If someone had been more active after the first crash in Indonesia, maybe this crash wouldn't have happened," says her father, Michael Stumo. Stumo Family via Getty Images hide caption 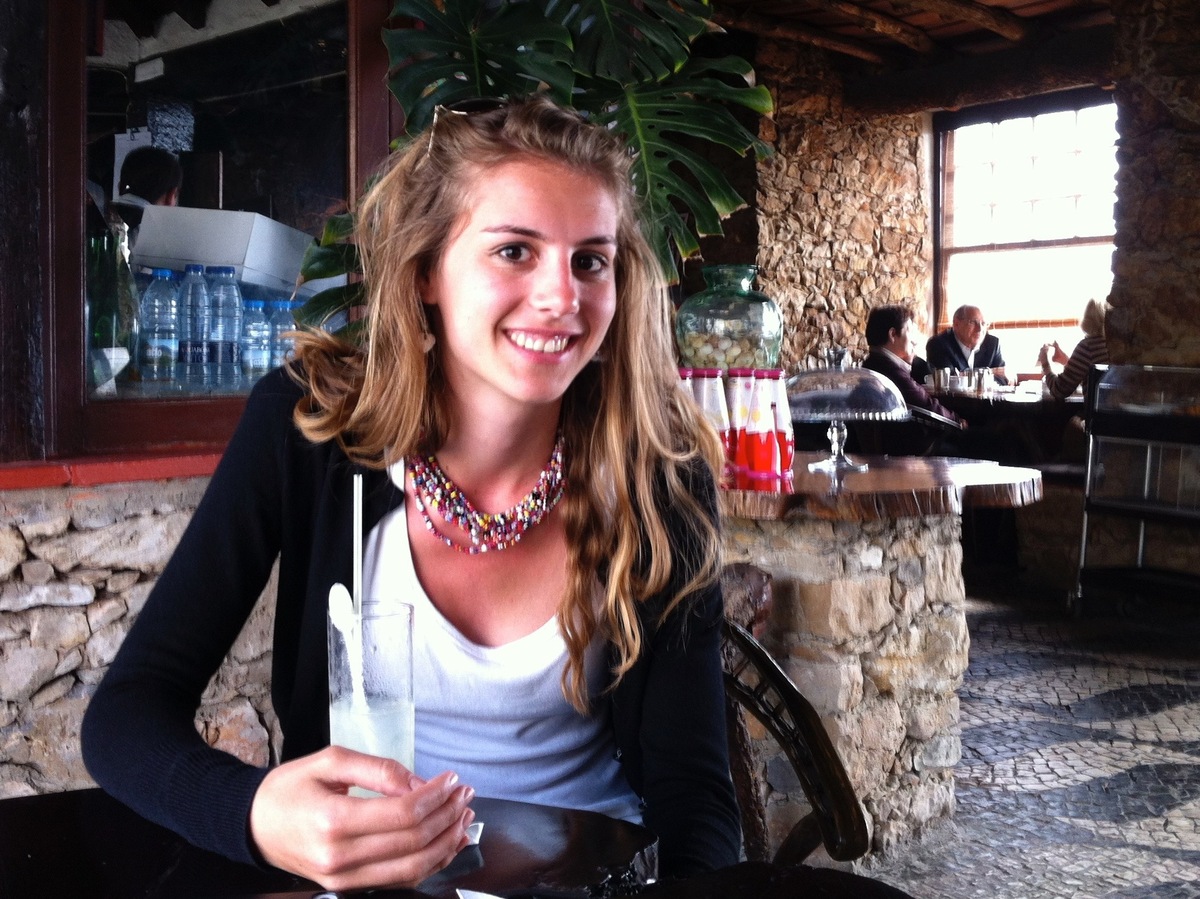 Samya Stumo was killed in the crash of Ethiopian Airlines Flight 302. "If someone had been more active after the first crash in Indonesia, maybe this crash wouldn't have happened," says her father, Michael Stumo.

The 737 Max is a dramatically redesigned version of a plane that first began flying a half century ago, says Robert Clifford, lead counsel for the families, who have sued Boeing.

"We're talking about Kitty Hawk versus going to the moon, in terms of all the technologies and issues of flight safety," he says. "The 737 of today, it looks nothing like and is nothing like the 737 of old."

The families are seeking damages form the aircraft maker, but they also want regulators to order a complete recertification of the plane, a kind of soup-to-nuts examination of its design.

Such a move would be an enormous financial challenge for Boeing, which stands to lose market share the longer the 737 Max is out of service.

"It is a very expensive decision and it adds hundreds of millions of dollars and years to the process. So it's not a decision that's made lightly," says Peter Goelz, former managing director of the National Transportation Safety Board.

Aviation consultant Richard Aboulafia says it's also not clear that a complete recertification is really needed because investigators already have a pretty good idea what caused the planes to crash.

"The mistakes are pretty clear. ... I don't see how this is at all a dangerous plane once those changes are made," he says.

Boeing says it's working to correct the problems and still hopes to have the plane flying again by year end. In a statement to NPR, the company said:

"We extend our deepest condolences to the families and loved ones of all those on board the Ethiopian Airlines Flight 302 and Lion Air 610. We're continuing to collaborate with regulators on the process they laid out for certifying the 737 Max software and training updates and for safely returning the airline to service."

But the Stumo family and others say they have little confidence in either Boeing or the Federal Aviation Administration, which only grounded the 737 Max after other regulators around the world had done so.

The death of Samya Stumo, who worked for a Washington-based non-governmental organization, has left her family numb with grief. Her parents lost another child to cancer 20 years ago, and they've had to cope with the fact that their family is smaller and thinner than it used to be, Stumo says.

The possibility that the 737 Max could be flying again soon has stirred them into action.

Months after the two tragedies, there hasn't been enough accountability for what happened, Michael Stumo says.