Accessibility links
Immigration Hard-Liners Fight For Cuccinelli To Be Next DHS Secretary White House staffers have told President Trump he can't choose two immigration hard-liners for a top job because of federal vacancy rules, according to two people familiar with the conversations. 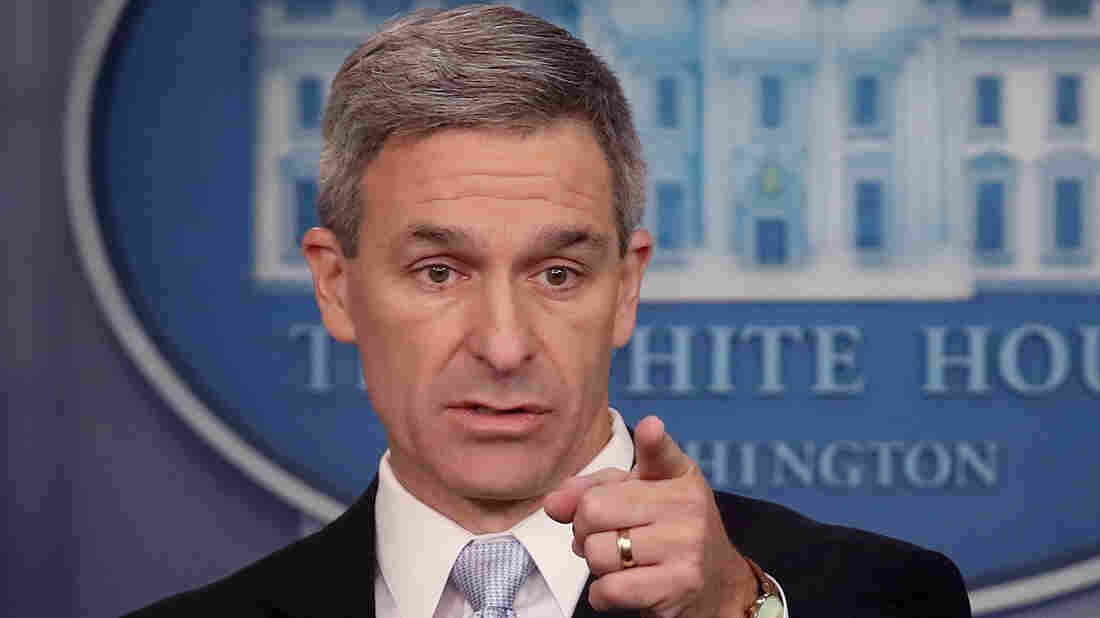 Acting Director of U.S. Citizenship and Immigration Services Ken Cuccinelli speaks about immigration policy at the White House on Aug. 12. Immigration hard-liners are pushing for him to be the next secretary of homeland security. Win McNamee/Getty Images hide caption 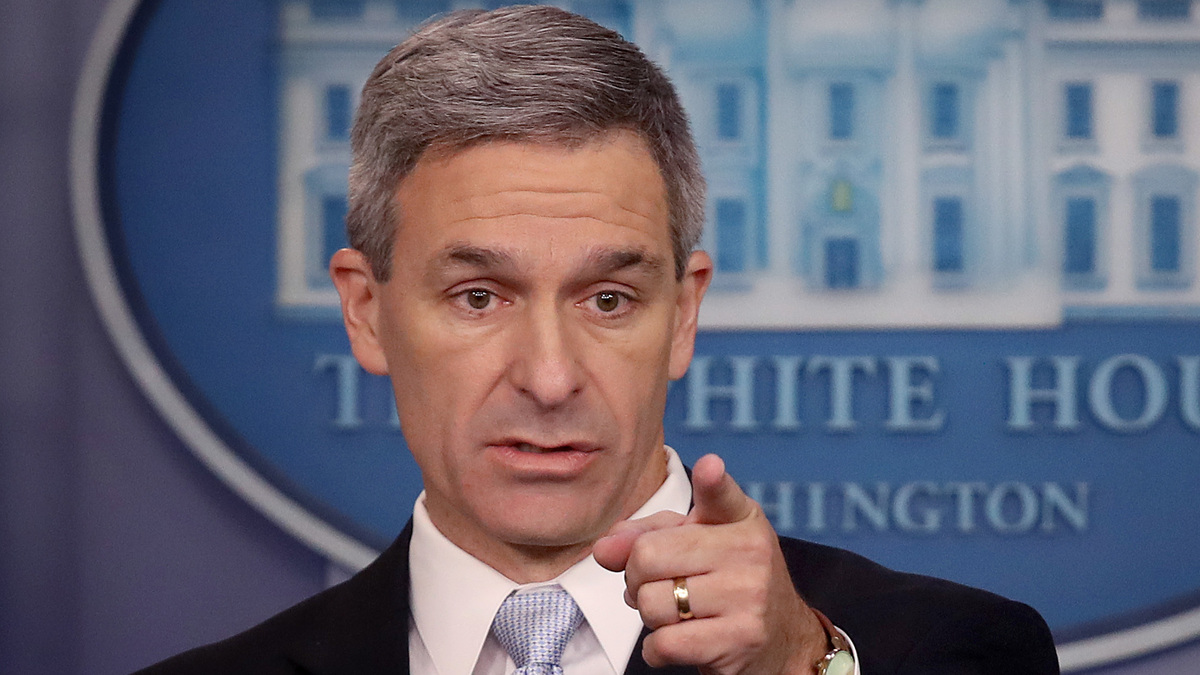 Acting Director of U.S. Citizenship and Immigration Services Ken Cuccinelli speaks about immigration policy at the White House on Aug. 12. Immigration hard-liners are pushing for him to be the next secretary of homeland security.

Immigration hard-liners inside and outside the White House are fighting to keep Ken Cuccinelli and Mark Morgan in the running for the top job at the Department of Homeland Security after their candidacies hit a snag.

White House staffers have told President Trump that Cuccinelli and Morgan — both viewed as tough on immigration issues — are ineligible to become acting DHS secretary because of technicalities in federal vacancy laws, according to two people familiar with the conversations. Cuccinelli is the acting director of U.S. Citizenship and Immigration Services, and Morgan is the acting commissioner of U.S. Customs and Border Protection.

Sean Doocey, the White House director of presidential personnel, told Trump that he had to pick from a small group of eligible individuals — including Chad Wolf, a top DHS official nominated as the department's undersecretary.

But the hard-liners have argued that there are alternative ways to work around the law to accommodate their preferred candidates. "It's more of giving the boss bad advice," a White House official not authorized to discuss the matter told NPR, referring to Doocey's guidance. "This is the last thing we need."

Trump announced two weeks ago that acting Homeland Security Secretary Kevin McAleenan was leaving his post, the latest turnover at the top of the department responsible for protecting U.S. borders.

At the time, Trump said he would announce McAleenan's replacement the following week. That set off a wave of jockeying as various factions inside the White House pushed for candidates who support their agendas.

Cuccinelli is favored by hard-liners in part because of his efforts to make it harder for immigrants to obtain legal permanent residency by denying green cards to those who use or are likely to use government benefits, including Medicaid and food stamps. Morgan has been on the front lines of recent efforts to curtail immigration at the border.

Advocates for more immigration restrictions who work inside and outside the White House argue that picking someone like Wolf would continue a pattern of installing DHS leaders who do not support the president's tough immigration agenda. The news was first reported by Politico.

Wolf served as chief of staff to then-DHS Secretary Kirstjen Nielsen, who was ousted when Trump said he wanted to pursue "a tougher direction" on immigration. Wolf also worked as a lobbyist on H-1B employment visas, another program that Trump has opposed.

But another senior administration official defended Wolf, insisting he was committed to Trump's agenda. The official, who was not authorized to speak publicly about the matter, says Wolf helped oversee the department's policies and international agreements that have led to a drop in migrants crossing the southern border.

Trump has made tough immigration policy a forefront of his presidency. He wants to build a wall on the southern border with Mexico. He imposed a travel ban on people from several majority-Muslim countries. He has targeted "sanctuary cities" that protect immigrants who are in the country illegally. And he began prosecuting people who cross the border illegally under what's known as a "zero tolerance" policy.

"This is going to be a vital part of his reelection effort," said Dan Stein, president of the Federation for American Immigration Reform, a group close to the administration that advocates for immigration restrictions. "To pick an appointee that is tone-deaf to that priority is politically shortsighted and not savvy."

Trump has often said he prefers to fill Cabinet positions with acting secretaries rather than sending his candidates through the Senate confirmation process, explaining it gives him greater flexibility.

This will be Trump's fifth DHS secretary, largely because his relationship soured as border numbers fluctuated. The White House official said it's time to install someone who is philosophically aligned with the president on his signature issue.

"It's got to be someone on board with the program," the White House official said.