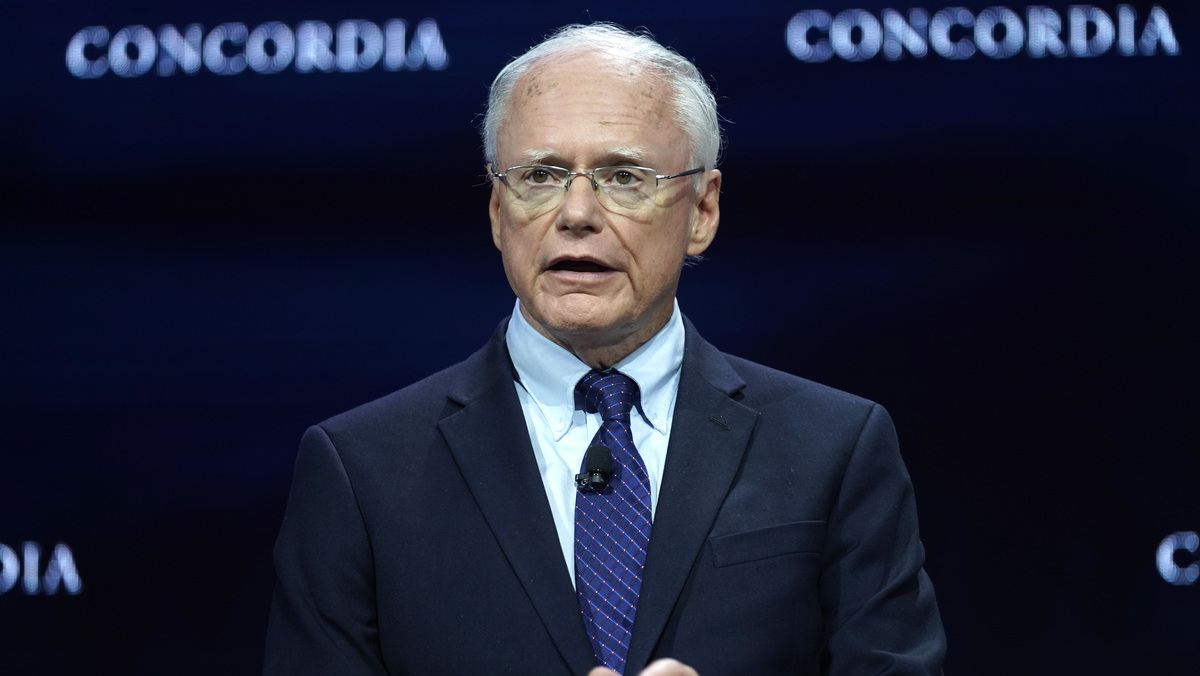 Ambassador James Jeffrey, the U.S. special envoy for Syria engagement, told senators Tuesday that the Turkish military offensive had led to hundreds of deaths among the Kurdish-led militias in Syria.

That military offensive, which followed President Trump's decision to abruptly withdraw troops from northern Syria, may have also led to a war crime.

"We would say that Turkish-supported Syrian opposition forces who were under general Turkish command in at least one instance did commit a war crime, and we have reached out to Turkey to demand an explanation," Jeffrey told the Senate Foreign Relations Committee.

Highlighting the sudden nature of the president's choice earlier this month to withdraw troops, the ambassador acknowledged that he had not been told in advance about the decision.

In addition, Jeffrey shed light about the chaotic results of the first days of fighting during the Turkish military offensive.

He said that the mostly-Kurdish militias in Syria that the United States had been allied with had suffered deaths in the "low hundreds" before a tenuous ceasefire was agreed to.

And the special envoy acknowledged that "dozens" of ISIS fighters had escaped during the fighting. He also said that at this point the United States did not know where these fighters had gone, and had no plan to recapture them.

The president's abrupt decision to order a withdrawal of troops in northern Syria has set off a flood of refugees from that country into neighboring Iraq. U.S. forces could also be observed withdrawing from Syria into Iraq on Monday.

A Turkey military operation targeting Kurdish forces began after President Trump announced he was withdrawing U.S. troops from northeast Syria. Trump's decision came after a phone call with the president of Turkey.

Supporters of the Kurds, an ethnic minority residing primarily in areas of Turkey, Iraq, Syria and Iran, believe that the U.S. withdrawal is a betrayal. One Syrian Kurdish leader warned that mass killings by Turkish forces could be next.

"We have always been promised by the United States, by U.S. officials that [we would] not be subjected to genocide. ... We only want them to keep their promises," Ilham Ahmed, a president of the Syrian Democratic Council, said through an interpreter during a news conference with U.S. lawmakers Monday evening. "Turkey is attacking us currently and we are subjected to ethnic cleansing."

Trump Says Republicans Need To 'Get Tougher And Fight' On Impeachment

Some of the Senate's most vocal Republican Trump critics on this issue are on the Senate Foreign Relations Committee, where they grilled the U.S. special envoy to Syria Tuesday afternoon.

Sen. Mitt Romney pressed Jeffrey on why the decision to withdrawn had been done so suddenly.

"Would it not have been preferable and desirable for us to have negotiated a posture with Turkey and our Kurdish allies such that we did not have the casualties which have resulted from Turkey coming in, in a heavy way, and bombing and killing our allies?" Romney asked.

And Sen. Bob Menendez, the top Democrat on the committee, said that the withdrawal sent the wrong message.

"It's a hell of a way to send a global message that, in fact, don't fight for the U.S. because when they're finished with you, they'll let you die on the battlefield," Menendez said.

Under tough questioning from lawmakers, Jeffrey emphasized that the administration is using economic and diplomatic efforts to try and improve the current situation.

Jeffrey will also testify Wednesday before the House Foreign Affairs Committee in a hearing titled "The Betrayal of our Syrian Kurdish Partners: How Will American Foreign Policy and Leadership Recover?"

The withdrawal has sent lawmakers scrambling to react. One of the few tools that members of Congress have with regard to foreign policy is the drafting and enactment of sanctions. Multiple groups of bipartisan lawmakers in the House and Senate are writing sanctions now to punish what they see as Turkey's bad behavior.

"This is an unusual issue in the sense it has brought the Congress together. ... There is wide and deep appreciation and bipartisan support for not abandoning [Kurdish military forces]," Graham said Monday evening.

Graham is currently working with Democratic Sen. Chris Van Hollen to pass a legislative package that would sanction the Turkish economy and impose penalties on the Turkish government's leadership.

Their proposal was moved directly to the Senate floor through a legislative procedure and could be brought up for a vote later this week.

"We're all in this together, pushing hard," Van Hollen told reporters Monday evening.

He cautioned in a floor speech Tuesday morning against "developing a reflex to use sanctions as our tool of first, last and only resort in implementing our foreign policy."

However, McConnell did say that he was planning to introduce a symbolic resolution urging Trump to rethink inviting President Recep Tayyip Erdogan to the White House and calling for an ongoing troop presence in Syria.

House lawmakers are also considering bringing up both a Turkey sanctions bill and a bill recognizing the Armenian genocide. Congress has previously debated whether to label what happened in 1915 — the period when roughly 1.5 million Armenians were killed — as "genocide." The Turkish government has historically strongly opposed this recognition and is expected to oppose both efforts.

The United Nations has estimated that at least 160,000 civilians have been displaced by the fighting in northeastern Syria. Despite a tenuous and temporary cease-fire announced late last week — one that Turkish officials referred to as an operational "pause" — aid officials are preparing plans to host up to 50,000 refugees who may seek to cross the border from Syria into Iraq.

NPR's Jane Arraf and Susan Davis contributed to this report.