Listen · 2:11 2:11
Exxon Is On Trial, Accused Of Misleading Investors About Risks Of Climate Change 2:11 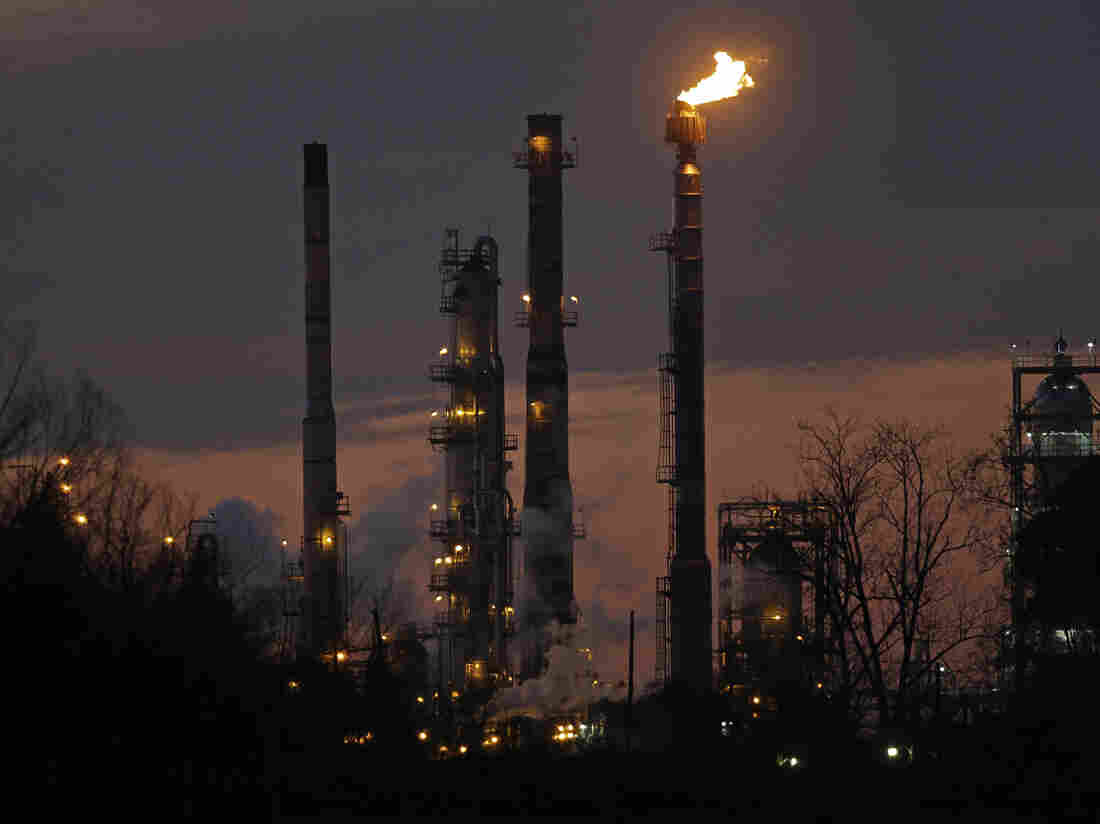 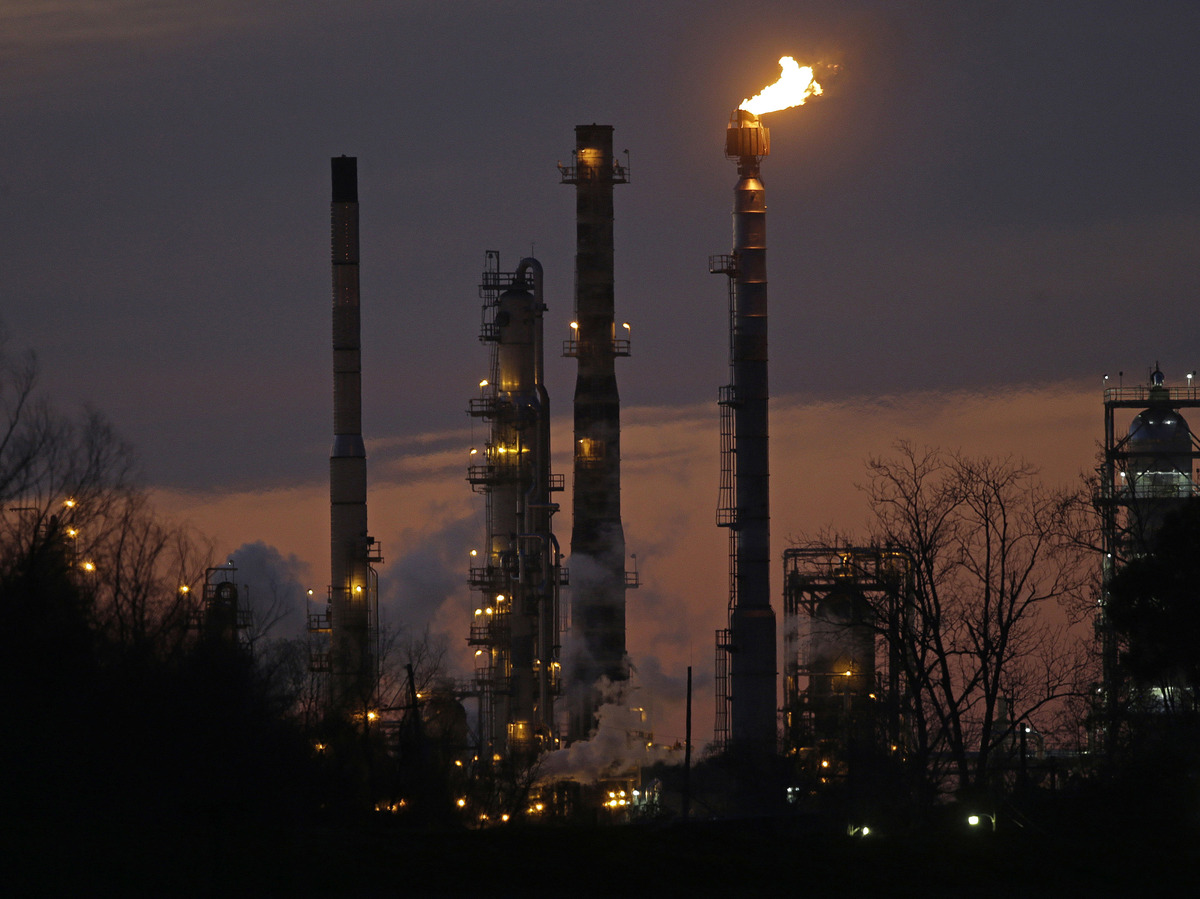 New York's attorney general is suing Exxon Mobil, accusing the company of defrauding shareholders. Above, an Exxon refinery in St. Bernard Parish, La., is seen in 2015.

In only the second climate change trial in the U.S., Exxon Mobil goes to court Tuesday accused of defrauding shareholders and the public. New York's attorney general brought the suit, which alleges that the oil giant misrepresented how carbon regulation would affect the company's financial outlook.

The case goes back to 2015, when stories by InsideClimate News and the Los Angeles Times found that while Exxon's scientists were inwardly researching climate change to plan its operations, the company was outwardly casting doubt on global warming.

Those reports spurred investigations in New York and Massachusetts, which may file its own suit. "There's nothing wrong with advocating for your own company. What you're not allowed to do is commit fraud," then-New York Attorney General Eric Schneiderman told PBS NewsHour.

The case is before the New York state Supreme Court in Manhattan and is being prosecuted by Letitia James, who was elected state attorney general last year.

New York argues that Exxon used two different ways to calculate carbon costs and wasn't clear when it was using one or the other.

"Exxon provided false and misleading assurances that it is effectively managing the economic risks posed to its business by the increasingly stringent policies and regulations that it expects governments to adopt to address climate change," the state wrote in a complaint last year.

"Instead of managing those risks in the manner it represented to investors," it says, "Exxon employed internal practices that were inconsistent with its representations, were undisclosed to investors, and exposed the company to greater risk from climate change regulation than investors were led to believe."

The lawsuit claims that this had the effect of making Exxon's assets appear more secure than they really were, which in turn affected its share price and defrauded investors.

That would be a violation of a New York statute known as the Martin Act, which grants the state's attorney general the authority to pursue investigations and actions against those it suspects of securities fraud. It's the same law that has been used by previous attorneys general in the state to bring charges against big financial firms.

"There's not a general law, for better or worse, against lying in general, but there is a law against lying to shareholders," says Michael Gerrard, a professor at Columbia Law School and director of the Sabin Center for Climate Change Law.

He says one focus in the case will be Exxon's investment in the carbon-intensive Canadian oil sands, a project that some investors worried won't make financial sense under tougher climate regulations.

While the details get a little wonky, the case could have big consequences.

"This is the first case on alleged securities fraud about climate change ever to go to trial," Gerrard says. "Many others have tried to bring such cases, but this is the first one that has gotten this far."

He notes that Exxon fought for years to prevent the case from reaching trial.

Exxon says the lawsuit is politically motivated and driven by anti-fossil fuel activists. The company says it was honest with shareholders about how it calculated carbon costs.

Massachusetts Attorney General Maura Healey sent a letter to Exxon on Oct. 10 stating her intent to pursue an action against the company for violations of the Massachusetts Consumer Protection Act. Bloomberg first reported the letter last week.

Meanwhile, Exxon Mobil and other oil companies face a growing number of lawsuits that seek financial help in coping with climate-driven floods, drought and heat.

The New York case may ease the path for those other cases. Because New York's Martin Act allows for broad pretrial discovery, Exxon had to turn over hundreds of thousands of pages of documents to the attorney general's office, "and their complaint reflects that level of detail," Gerrard says.

The case goes before Justice Barry Ostrager, who has limited the trial to three weeks and said he'll issue a decision within a month after that. It could feature one very prominent witness: Rex Tillerson, who was chief executive of Exxon before becoming secretary of state in the Trump administration.