Accessibility links
Marvel To Launch Superhero Podcasts On SiriusXM And Pandora A Marvel deal with SiriusXM and Pandora marks a deeper investment by the companies to claim a stake in the growing realm of podcasting, now on pace to become a $1 billion industry.

It's Superhero Time On Podcasts: Star-Lord And Black Widow To Step Up To The Mic

It's Superhero Time On Podcasts: Star-Lord And Black Widow To Step Up To The Mic 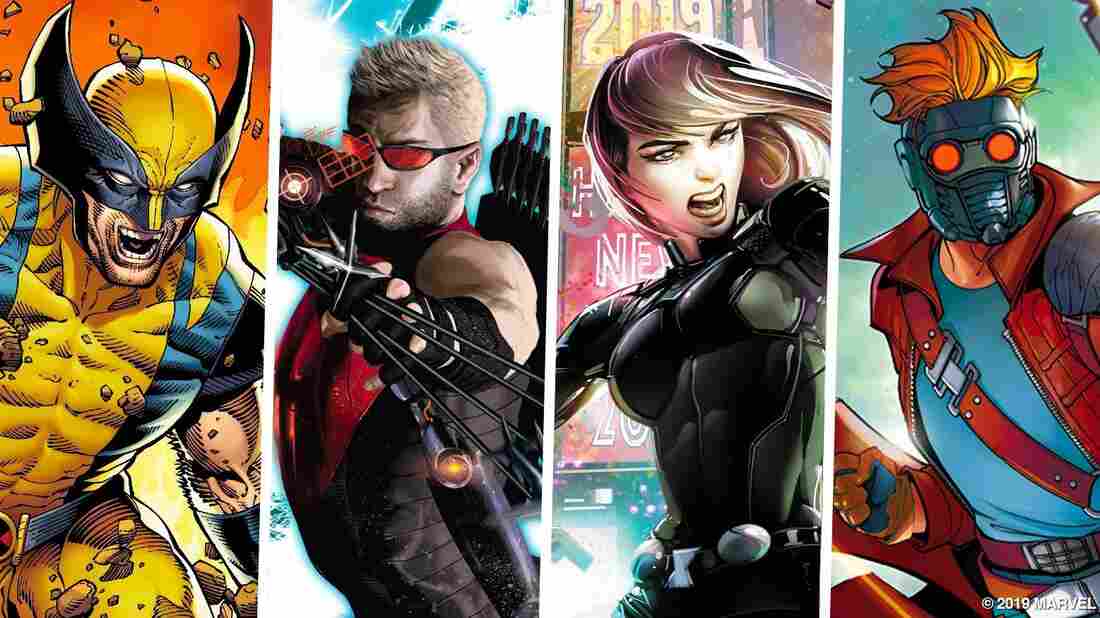 Four of the planned scripted programs — 10 episodes each — will be based around the iconic characters of Wolverine, Hawkeye, Black Widow, and Star-Lord. A fifth series will feature all four banding together. Marvel Entertainment hide caption 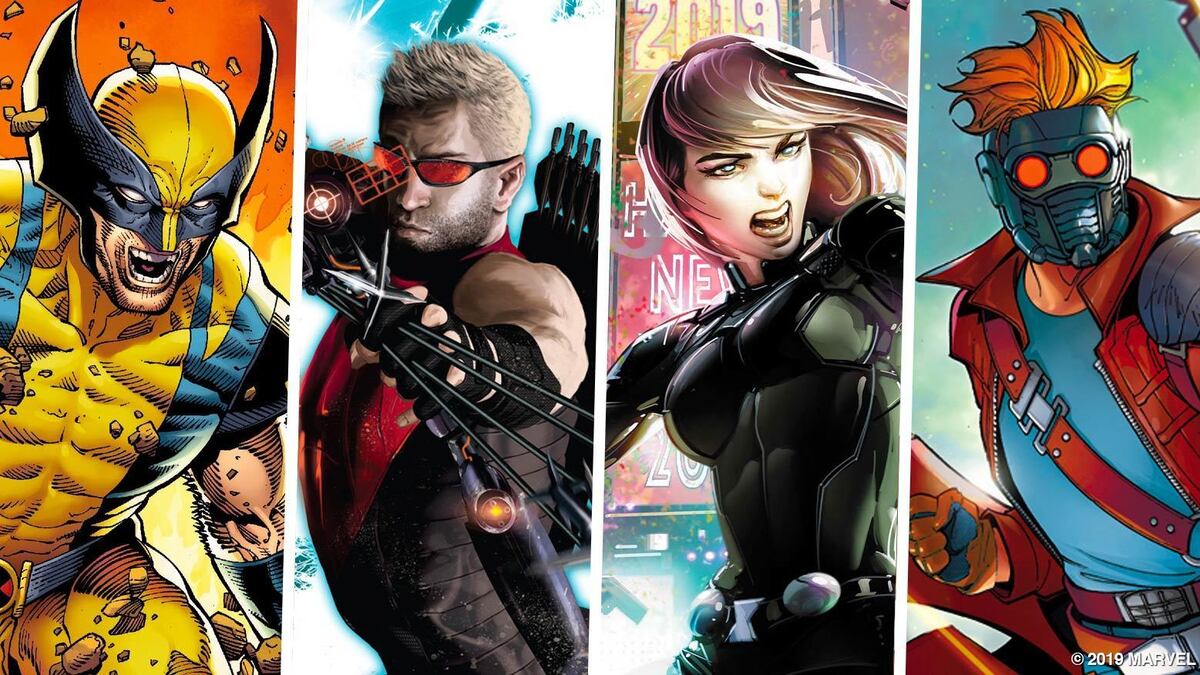 Four of the planned scripted programs — 10 episodes each — will be based around the iconic characters of Wolverine, Hawkeye, Black Widow, and Star-Lord. A fifth series will feature all four banding together.

A podcast hosted by Groot would easily become repetitive – "I am Groot. I am Groot. I am Groot?" and all that – but Marvel is betting fans of Star-Lord, Black Widow, Hawkeye and Wolverine are eager to hear about their life or universe-saving-missions on a weekly basis.

The Walt Disney-owned company announced Tuesday it's joining forces with SiriusXM and Pandora to launch a series of superhero-based shows in 2020.

"Powerful stories are read, seen, and heard — and we believe audio is the next natural step to bring the Marvel Universe to fans around the world," said Dan Buckley, president of Marvel Entertainment, in a statement.

While it's not the first foray into the modern audio format for the comic book/entertainment studio juggernaut, it is the podcasting origin story for SiriusXM, which acquired Pandora in February and has not attempted any projects on this scale.

The multiyear deal includes both scripted and unscripted series as well as themed live events. Four of the planned scripted programs — 10 episodes each — will be based around the iconic characters of Wolverine, Star-Lord, Hawkeye and Black Widow. A fifth series will feature all four banding together on some unspecified adventure. Meanwhile, the unscripted podcasts will delve into popular Marvel franchises and will sometimes feature celebrities.

Marvel has been collaborating with Stitcher to produce and distribute programs based on Wolverine as well as a Marvels miniseries.

The latest deal marks a deeper investment by Marvel and the streaming services to claim a stake in the audio-storytelling space, which is growing exponentially. Podcasting revenues are on pace to become $1 billion industry in the U.S. by 2021, according to a study by PricewaterhouseCoopers. And Fortune reports that the industry is worth $7.3 billion in China, where three of Marvel's Avengers films ranked among the top 10 all time opening movies. (Avengers: Infinity War took the No. 1 spot, raking in more than $200 million in its opening weekend.)

Tuna Amobi, a senior media and entertainment analyst at CFRA who follows SiriusXM, said the endeavor is part of the company's strategy to start making money off of Pandora, since it finalized control over the company earlier this year.

"This is one of those deals where all companies feel it's a win-win," Amobi said.

"The expertise and track record that Marvel brings to the table in terms of their franchises is an opportunity for [SiriusXM and Pandora] to experiment and target a broader audience," he added.

The acquisition of content creators by streaming service platforms has sparked a dramatic jump in podcast audience numbers, researchers say. The 2019 annual survey by Edison Research and Triton Digital shows an explosive increase in listeners across all age ranges following Spotify's acquisition of Gimlet Media and Anchor earlier this year.

According to the new report, for the first time ever more than half of people 12 and older in the U.S. have listened to at least one podcast.

Citing the impressive growth in what is still a nascent market, Abomi said it was only a matter of time before SiriusXM would attempt to make inroads into the podcast sphere.

"It's a format that appeals to a younger demographic and makes it highly coveted," he said.