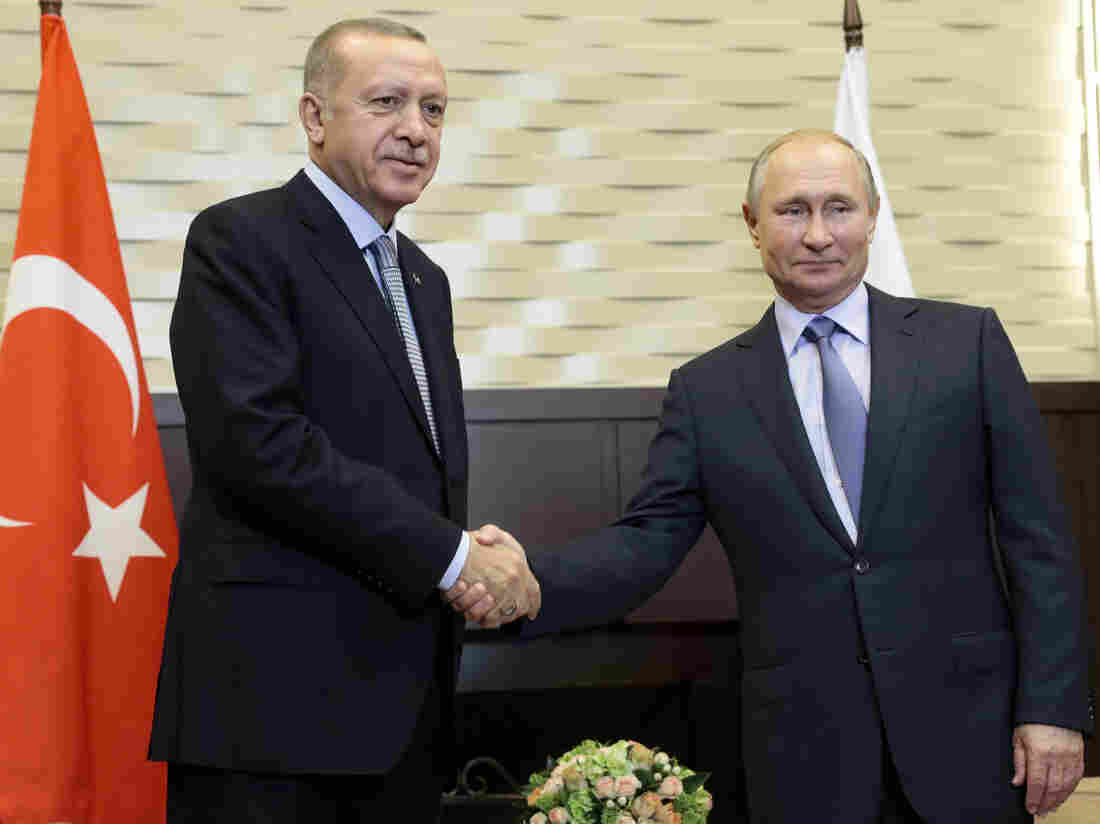 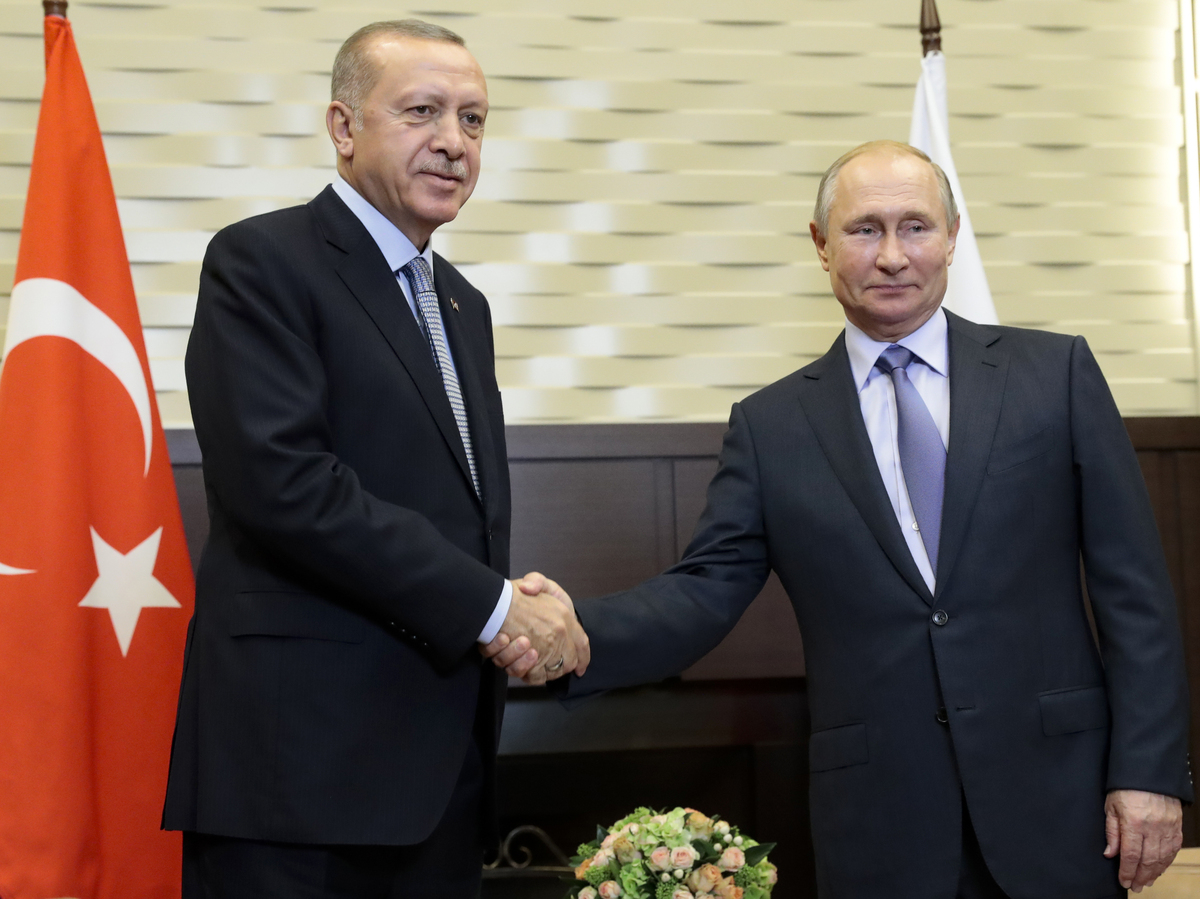 The leaders of Russia and Turkey agreed Tuesday after more than five hours of talks on how to jointly patrol parts of Syria that until recently were controlled by Kurdish forces.

Russian President Vladimir Putin and President Recep Tayyip Erdogan of Turkey signed a 10-point memorandum at the Black Sea resort of Sochi that is set to go into effect at midday Wednesday local time.

Under the deal, Russian military police and Syrian border guards will first facilitate the withdrawal of Syrian Kurdish forces from the Turkish border. Russians and Turks will then jointly patrol the area now occupied by the Turkish military. Russian military police and border guards from Syria will cross the over the Syrian side of the border with Turkey. At that point, the two forces will "facilitate the removal of YPG elements and their weapons," according to the memorandum.

The Kurdish YPG fighters, the key U.S. allies in the fight against ISIS, will have to retreat roughly 20 miles from the Turkish-declared security zone in Northern Syria. The pullback is expected to last about six days, the memorandum said. Once it's completed, Russia and Turkey will jointly patrol that zone.

As NPR's Jane Arraf reports, the deal brokered by Turkey and Russia allows for Turkish-Russian patrols outside the zone previously brokered by the U.S. while giving the Kurds an extra 150 hours to withdraw from the area. It also calls for Kurdish fighters to withdraw from Manbij and Tal Rifat, which are outside the immediate conflict area. The U.S.-brokered deal, put into place after Turkey began bombarding Kurdish facilities, is set to expire late Tuesday.

On Tuesday afternoon, Katie Waldman, a spokeswoman for Vice President Mike Pence, said in a statement that Pence received notice from a top commander of the Kurdish-led Syrian Democratic Forces "notifying him that all SDF forces have withdrawn from the relevant area of operations."

The new Russia-Turkey agreement is widely seen as a victory for Russia and represents a swift shift in control of the northern territories in Syria. Russians are replacing U.S. troops that patrolled this area of war-torn Syria for years. The dramatic change began when the White House announced earlier this month that Turkey was moving ahead with a "long-planned operation into Northern Syria," adding it won't "be involved with the operation." That decision effectively abandoned America's Kurdish allies. Turkey views the YPG as terrorists.

As NPR's previously reported, the U.S. decision led to a hasty change in alliances: Kurdish troops struck an alliance with the Syrian regime, which is backed by both Russia and Iran. The move to withdraw U.S. forces has angered lawmakers from both sides of the aisle on Capitol Hill.

On Tuesday afternoon, senators on the Foreign Relations Committee heard testimony from two Trump administration officials, including James Jeffrey, the U.S. envoy for Syria. He is expected to appear before a House panel on Wednesday.