Accessibility links
Trump Says Syria Cease-Fire Now Permanent, Lifts Turkey Sanctions President Trump defended his decision to pull some U.S. troops from Syria, arguing that it is time for the U.S. to end its involvement in Middle East conflicts. 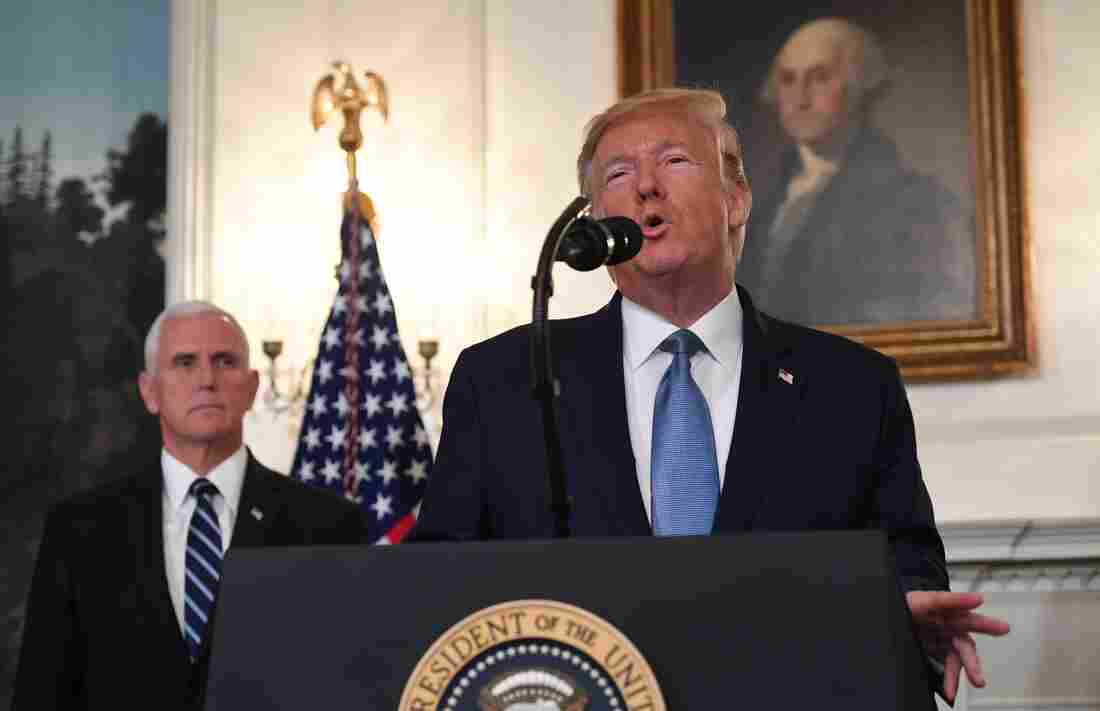 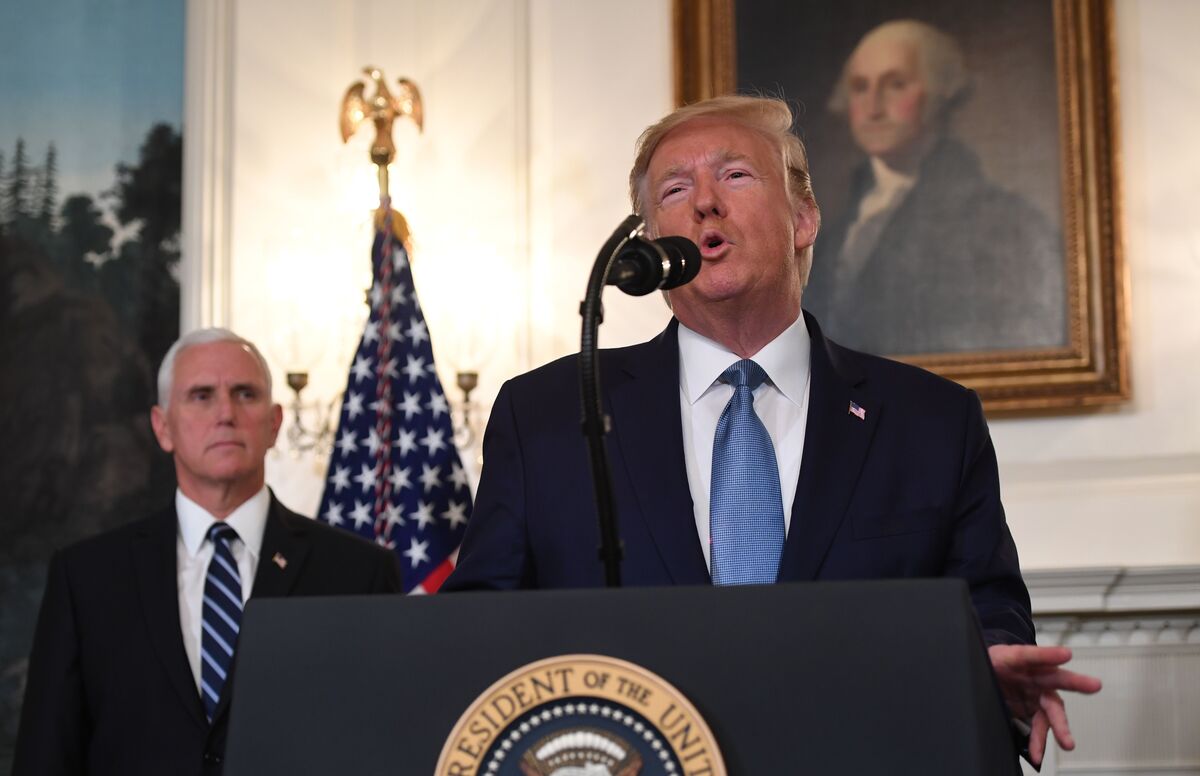 President Trump speaks about Syria in the Diplomatic Reception Room at the White House on Wednesday as Vice President Pence listens.

President Trump says he is lifting sanctions on Turkey after the country agreed to what he called a permanent cease-fire in northern Syria, ending Turkey's military offensive that began after the U.S. pulled troops from the area.

Trump argued that his decision to remove U.S. forces — criticized by U.S. Republican and Democratic lawmakers alike — helped to bring the deal to fruition.

"This was an outcome created by us, the United States, and nobody else, no other nation," he said. "We're willing to take blame and we're also willing to take credit; this is something they've been trying to do for many, many decades."

While Trump took credit for the cease-fire, he seemed to acknowledge that the peace might not hold. "You would define the word 'permanent' in that part of the world as somewhat questionable," he said.

If Turkey does not live up to its obligations to protect religious and ethnic minorities, Trump warned, the sanctions would be reimposed.

Trump abruptly announced on Oct. 6 that U.S. troops would withdraw from northern Syria. Lawmakers accused him of abandoning Kurdish forces, who were key allies in the U.S. fight against ISIS. Turkey argues that the Kurdish fighters are terrorists.

Trump used his remarks to push back against that criticism.

"The people that I watched and read giving me and the United States advice, were the people that I had been watching and reading for many years," he said. "They are the ones that got us into the Middle East mess, but never had the vision or the courage to get us out; they just talked."

Still, some U.S. troops will remain in Syria to protect oil fields. Trump did not provide any details on the number of service members who would stay or how they would keep the oil secure.

The announcement of the permanent cease-fire comes after a deal was reached on Tuesday between Russian President Vladimir Putin and Turkish President Recep Tayyip Erdogan. The agreement calls for the withdrawal of Syrian Kurdish forces from the Turkish border and then joint military patrols of the area now occupied by the Kurdish military.

While he did not directly address the agreement between Turkey and Russia, Trump did say that he welcomed help from other countries.

"We want other nations to get involved," Trump said.

The official also said that it would be up to Turkey to recapture any ISIS fighters that escaped because of the incursion. Ambassador James Jeffrey, the U.S. special envoy for Syria engagement, told lawmakers on Tuesday that "dozens" of these fighters were on the run now because of the fighting.

As NPR's Brakkton Booker reports, the Turkey-Russia agreement is widely seen as a victory for Russian influence in the region. Russian forces will replace U.S. troops who had patrolled these areas.

The move to rescind sanctions on Turkey is already getting pushback from some lawmakers.

"It's unthinkable that Turkey would not suffer consequences for malevolent behavior which was contrary to the interests of the United States and our friends," Romney tweeted.