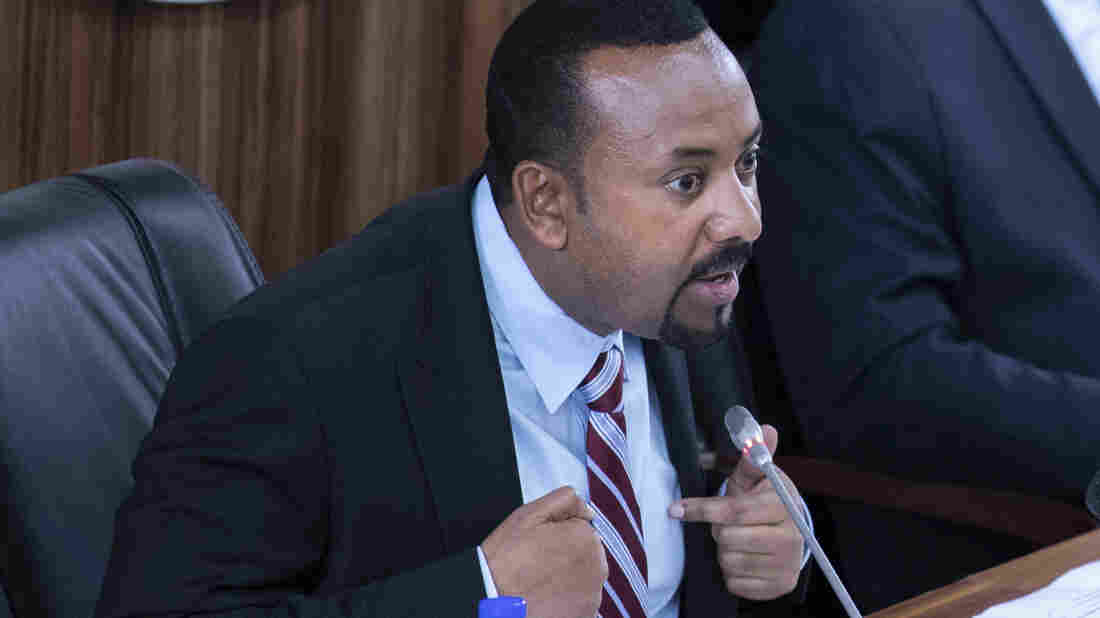 Ethiopian Prime Minister Abiy Ahmed, seen addressing lawmakers Tuesday, won a Nobel Peace Prize less than two weeks ago — but he now appears embroiled in a standoff with the activist who helped bring down the regime before him. Mulugeta Ayene/AP hide caption 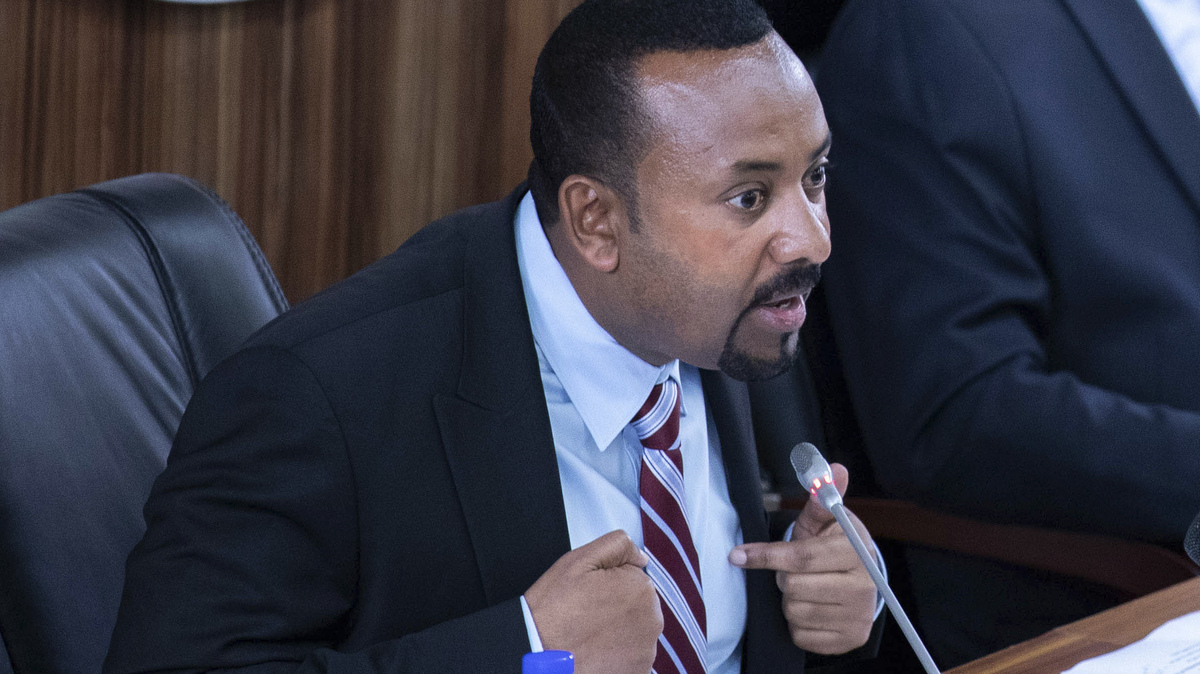 Ethiopian Prime Minister Abiy Ahmed, seen addressing lawmakers Tuesday, won a Nobel Peace Prize less than two weeks ago — but he now appears embroiled in a standoff with the activist who helped bring down the regime before him.

Less than two weeks after Abiy Ahmed won the Nobel Peace Prize and earned plaudits across the world, the Ethiopian prime minister has found himself embroiled in an escalating standoff with a prominent activist back at home.

Hundreds of Jawar Mohammed's supporters gathered Wednesday outside Mohammed's house in Addis Ababa after the media mogul and advocate for the Oromo ethnic group claimed he was targeted by a conspiracy involving government agents.

"It appears the plan was to move my protection away while I was asleep," Jawar told NPR over the phone on Wednesday. He said a group of police officers showed up at his house after midnight and sought to dismiss his security detail without offering a replacement or alerting Jawar.

He said that his security detail ultimately rebuffed the officers — but that he was so alarmed that he decided to post a plea to his 1.75 million followers on Facebook. In a lengthy post detailing the confrontation, he alleged that "the plan was to remove my security and unleash civilian attackers and claim it was a mob attack."

Jawar said he does not know who was behind the police action, telling NPR that "everyone keeps claiming some higher authority made the decision." In a statement read on national television, the government denied any effort to arrest or to harm Jawar. 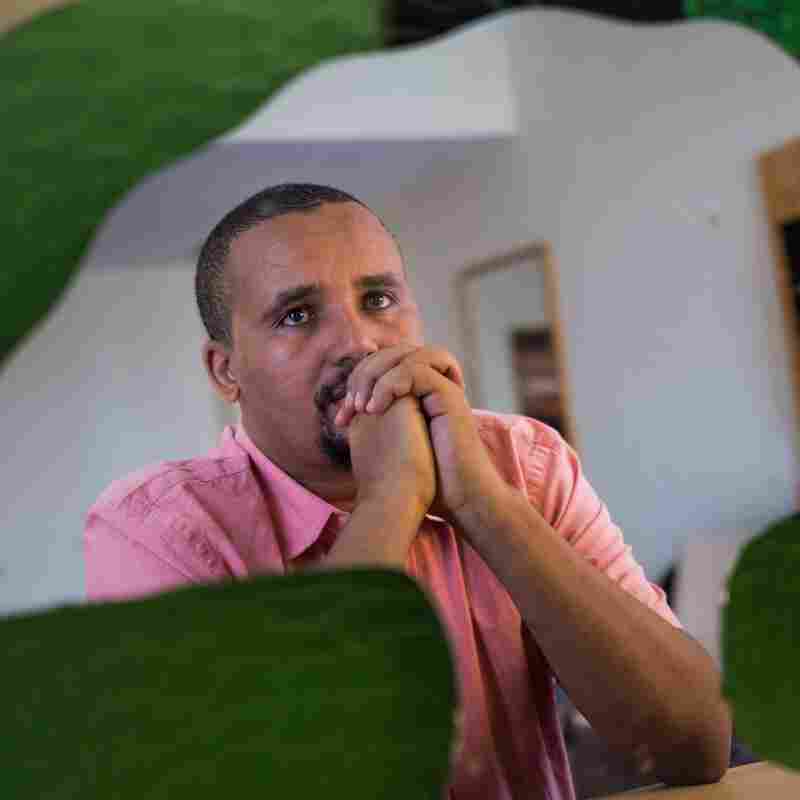 Activist Jawar Mohammed founded a media network and has accrued a sizable following. Hundreds of his supporters turned out Wednesday to express their support. Maheder Haileselassie Tadese/AFP/Getty Images hide caption 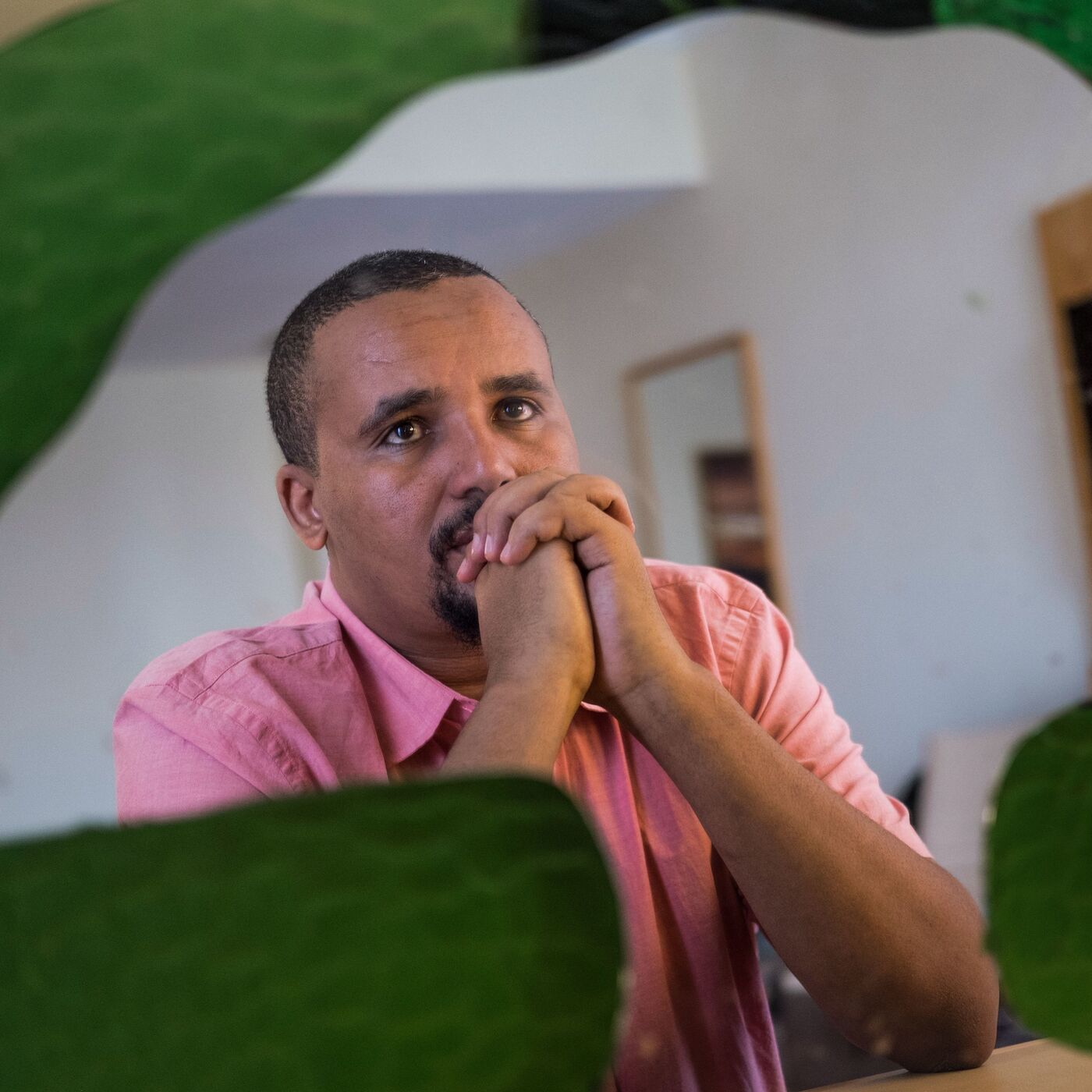 Activist Jawar Mohammed founded a media network and has accrued a sizable following. Hundreds of his supporters turned out Wednesday to express their support.

The government's denial has done little to dissuade the activist's supporters from taking to the streets. By Wednesday morning, big rallies of demonstrators had gathered outside his house and elsewhere across Oromia, the region where the capital, Addis Ababa, is located.

In skirmishes on the city's outskirts Wednesday, at least 20 young men were wounded and one killed, according to Reuters.

The controversial activist gained a considerable following as a champion of the Oromo, Ethiopia's largest ethnic group, in widespread protests against the minority-led authoritarian regime that ruled Ethiopia for nearly three decades. From his base in Minnesota, he broadcast salvos against the ruling party on his Oromo-centric media network. And by the time Jawar, who holds a U.S. passport, returned to Ethiopia last year, the regime had given way to the reform-minded government of Abiy, the country's first Oromo prime minister.

The vast democratic change that has taken place under Abiy's premiership, coupled with his move to end a long-running border war with Eritrea, earned him the Nobel Peace Prize this month.

That's not to say Abiy and Jawar have been on the same page, exactly.

Jawar has pushed for some controversial measures — including making Afaan Oromoo the working language of the Ethiopian government and giving the region of Oromia control of Addis Ababa. Critics have accused him of fomenting ethnic divisions that have led to serious violence, displacing hundreds of thousands of Ethiopians.

And though Abiy has for the most part been tolerant of Jawar — removing his designation as a terrorist and welcoming him back to Ethiopia — their relations have soured recently over disputes about the future of Ethiopia's ethnic federalism. In a speech to parliament on Tuesday, Abiy issued a thinly veiled warning to Jawar, saying that if he undermined the country's peace, the government would "take measures."

Some fear that a deepening feud in Ethiopia would further destabilize a central government already weakened by the assassination of Abiy's top defense official and multiple attempts against the prime minister himself.

Jawar, in his phone call Wednesday with NPR, said his tenuous coalition with Abiy is "being tested" as the premier moves "further to the right, denouncing ethnic politics."

Jawar's own supporters made clear where they stand by burning copies of Abiy's book during their protests, according to the BBC.

"Will it break apart completely? Time will tell," Jawar said. "But I think it's under greater strain at this point."

"I want it to be known," he added, "that no amount of threat will force me to leave the country."