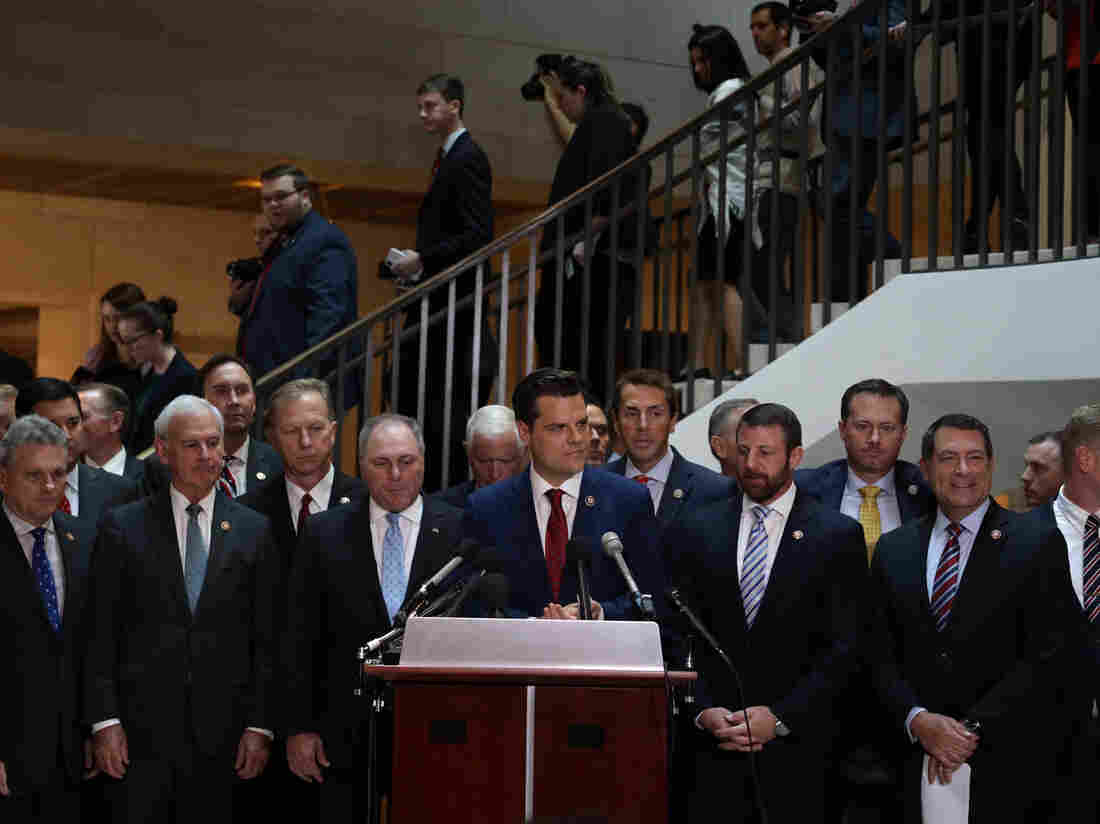 Flanked by about two dozen House Republicans, U.S. Rep. Matt Gaetz, R-Fla., argues that all GOP lawmakers should have access to closed-door depositions in the impeachment inquiry. Committee rules dictate that only those on the panels conducting the probe can attend. Alex Wong/Getty Images hide caption 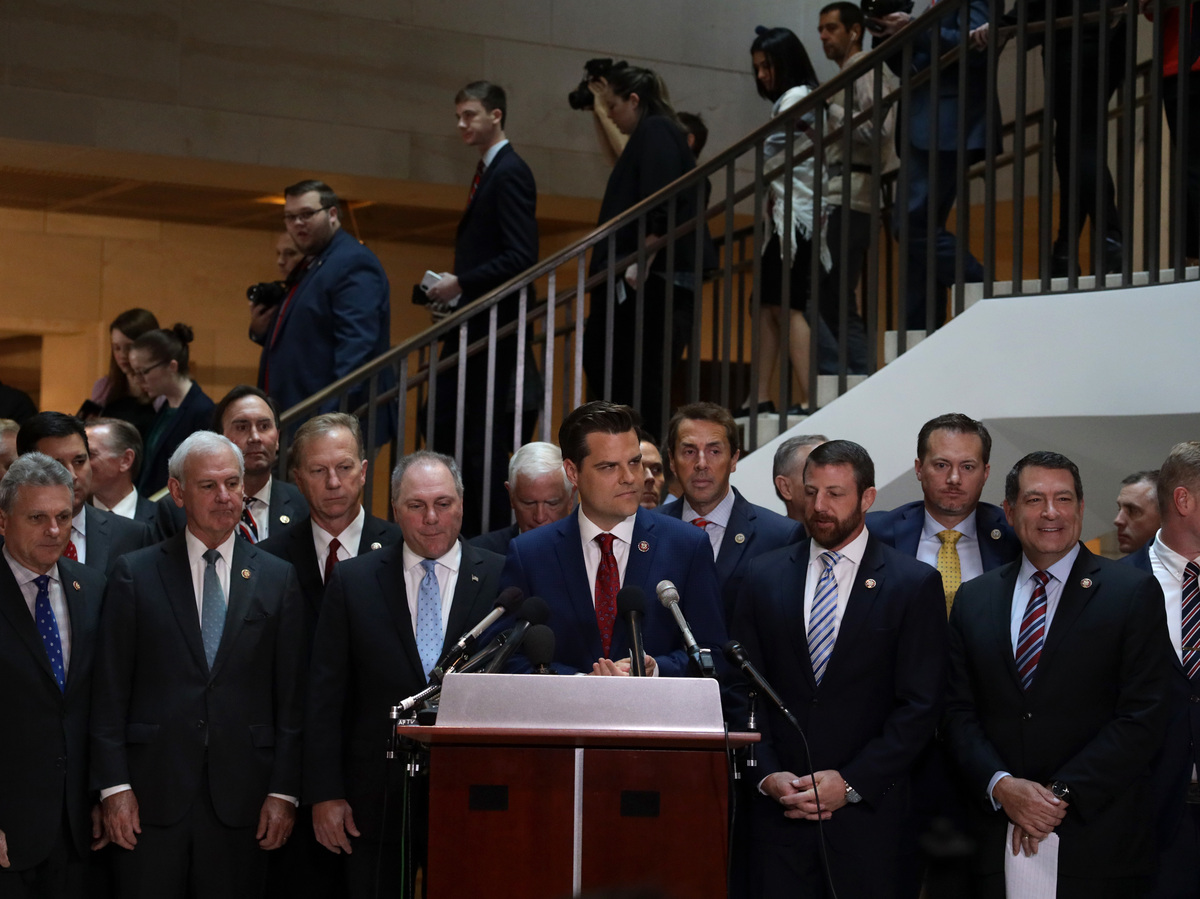 Flanked by about two dozen House Republicans, U.S. Rep. Matt Gaetz, R-Fla., argues that all GOP lawmakers should have access to closed-door depositions in the impeachment inquiry. Committee rules dictate that only those on the panels conducting the probe can attend.

Republican members of Congress disrupted the closed-door proceedings of the House impeachment inquiry, preventing a Pentagon official from giving her testimony.

Arguing that the inquiry's interviews should not be held behind closed doors, GOP lawmakers entered the secure area in the Capitol Wednesday where witnesses are typically questioned.

"Behind those doors, they intend to overturn the results of an American presidential election," said Florida Rep. Matt Gaetz, a Republican ally of the president. "We're going to try to go in there ... on behalf of the millions of Americans that we represent that want to see this Congress working for them, and not obsessed with attacking a president who we believe has not done anything to deserve impeachment."

Democratic lawmakers have argued that the initial interviews of the investigation must be done in private to prevent witnesses from coordinating testimony.

"As the investigation proceeds, and at a time that it will not jeopardize investigative equities, we will make the interview transcripts public," House Intelligence Committee Chairman Adam Schiff said in a letter to colleagues last week.

Schiff also promised public hearings would be coming in the future "so that the full Congress and the American people can hear their testimony firsthand."

This was not enough to mollify the group of GOP lawmakers. On Wednesday morning, led by Gaetz, approximately two dozen lawmakers attempted to enter the rooms in the Capitol where Deputy Assistant Secretary of Defense Laura Cooper was scheduled to be interviewed.

The effort proved disruptive to the day's proceedings. Cooper's testimony was delayed for several hours, but eventually resumed Wednesday afternoon when those GOP lawmakers not permitted to attend left the area.

The area is designated as secure — classified materials and witness testimony is discussed there and only lawmakers and a small number of staff are allowed entry.

Rep. Ted Lieu, a Democrat, said that Republican lawmakers tried to enter with their cellphones, which is a violation of the rules for the secure information facility and a breach of national security protocols. Lieu said that the Republican effort to enter the secure area without authorization was an "attack on the investigation."

"They're freaked out. They're trying to stop this investigation; they don't want to hear from witness Cooper today," Lieu said.

The GOP effort follows testimony of William Taylor, a career diplomat who told the committees that President Trump had pushed a parallel foreign policy effort to leverage U.S. aid to Ukraine for a commitment from the government to conduct investigations that would boost his domestic political campaign.

An earlier version of this story stated that the lawmakers who disrupted proceedings are not members of the committees overseeing the impeachment inquiry. Some of them are.