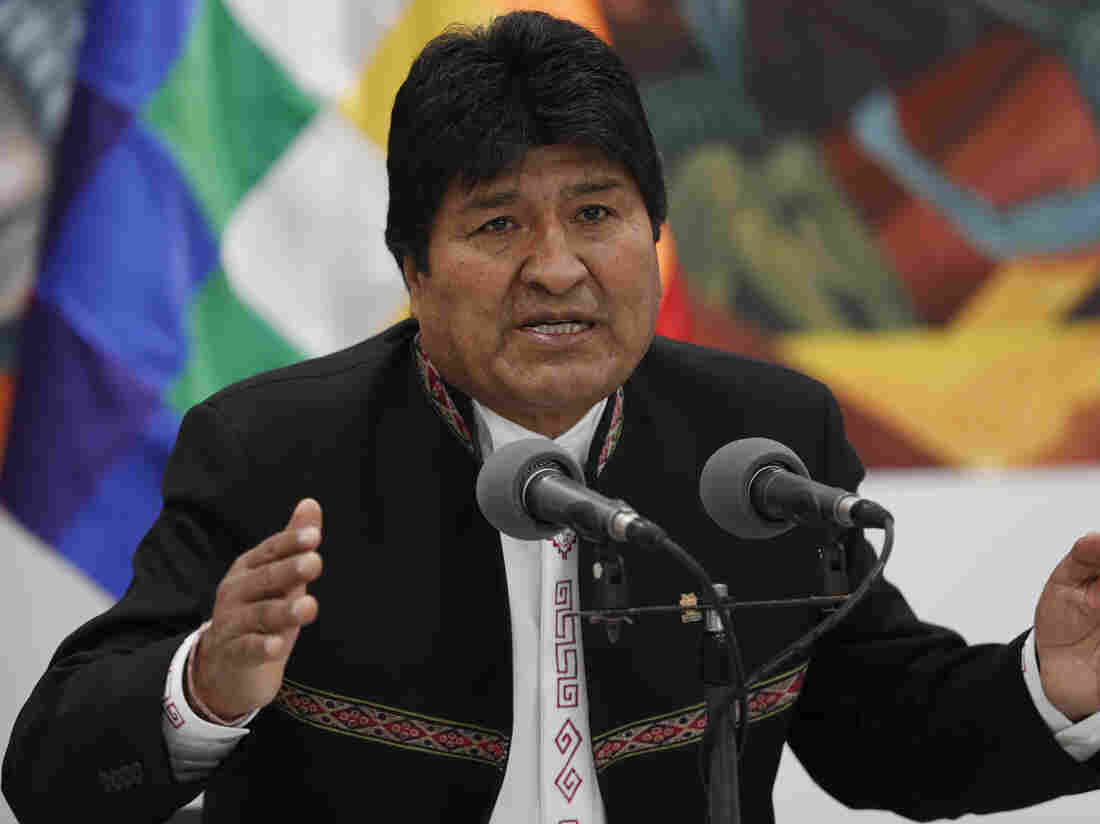 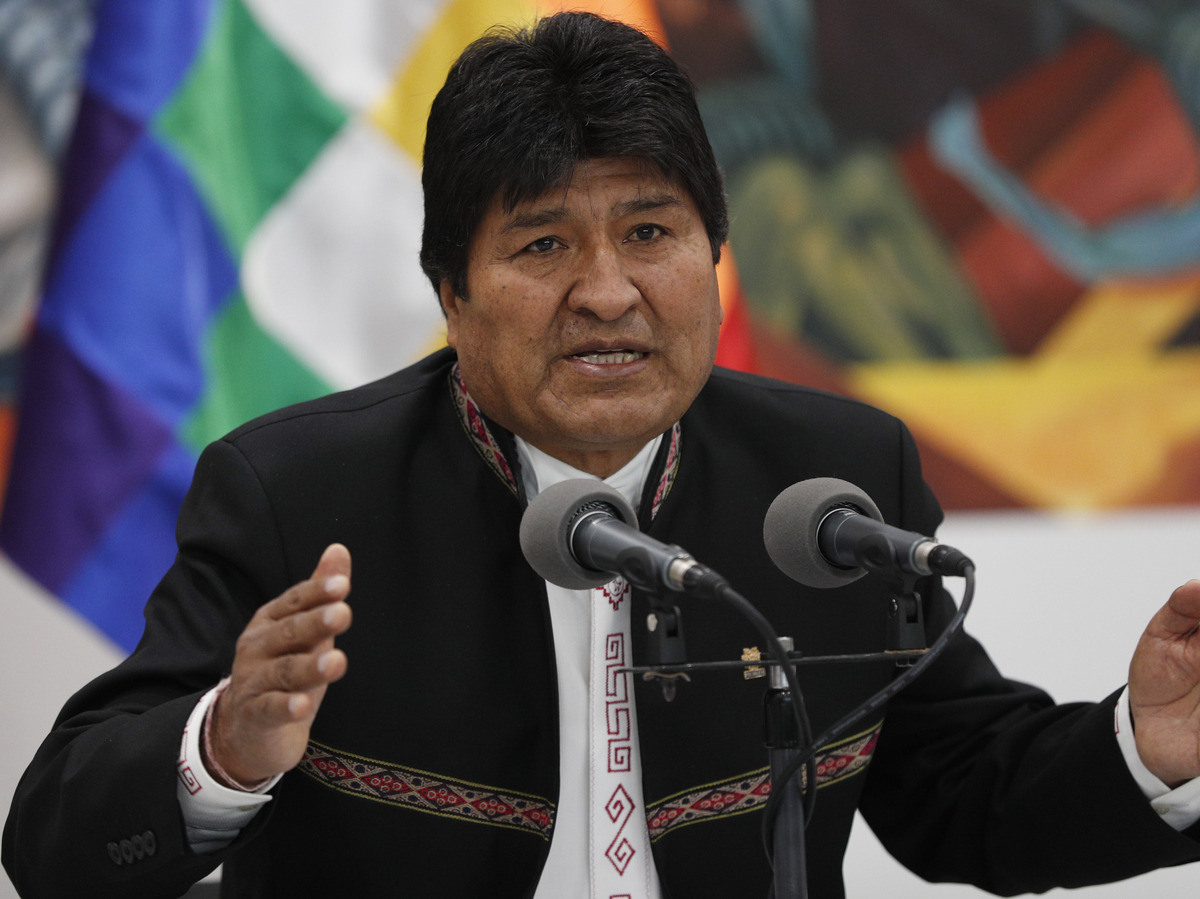 Bolivia's President Evo Morales speaks during a news conference at the presidential palace in La Paz, Bolivia, on Wednesday.

Bolivia's President Evo Morales looked set to win reelection without a runoff, declaring outright victory as he pushed back against critics who dispute the results, accusing them of trying to stage a coup.

Preliminary results released after Sunday's vote suggested that Morales would face a runoff election with his main rival, former President Carlos Mesa. But as the counting has continued, Morales' lead has mounted.

That has led to accusations of fraud by his opponents and protests across the country, including riots in six of Bolivia's nine regions and the capital, La Paz, where police fired tear gas at demonstrators, according to The Associated Press. 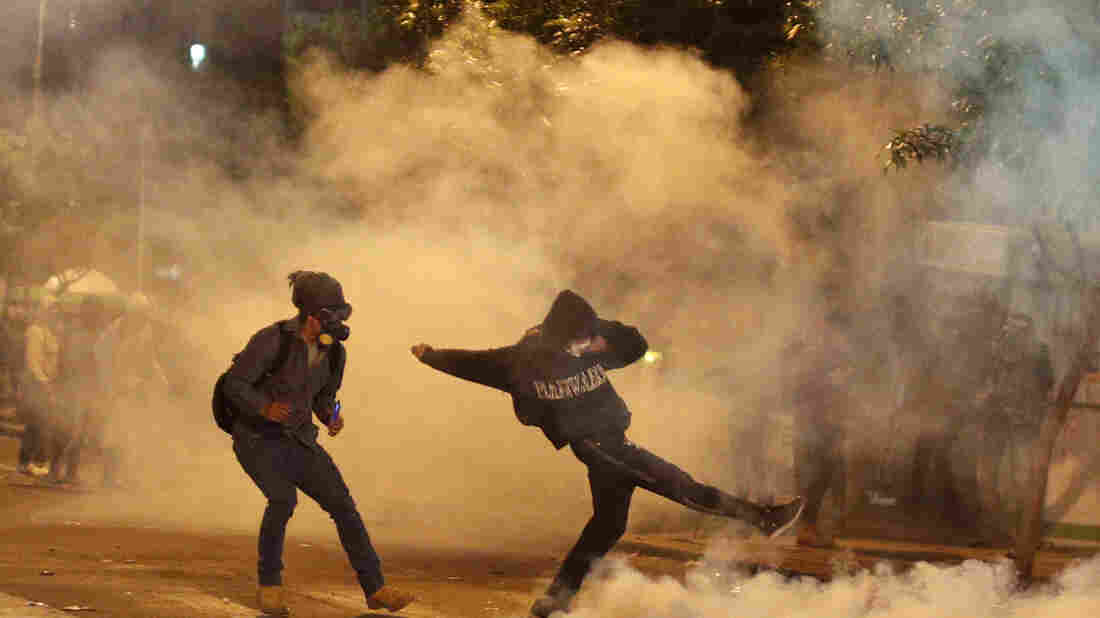 Protesters stand amid tear gas fired by police during a protest against the reelection of President Evo Morales outside the top electoral court in La Paz, on Wednesday. Juan Karita/AP hide caption 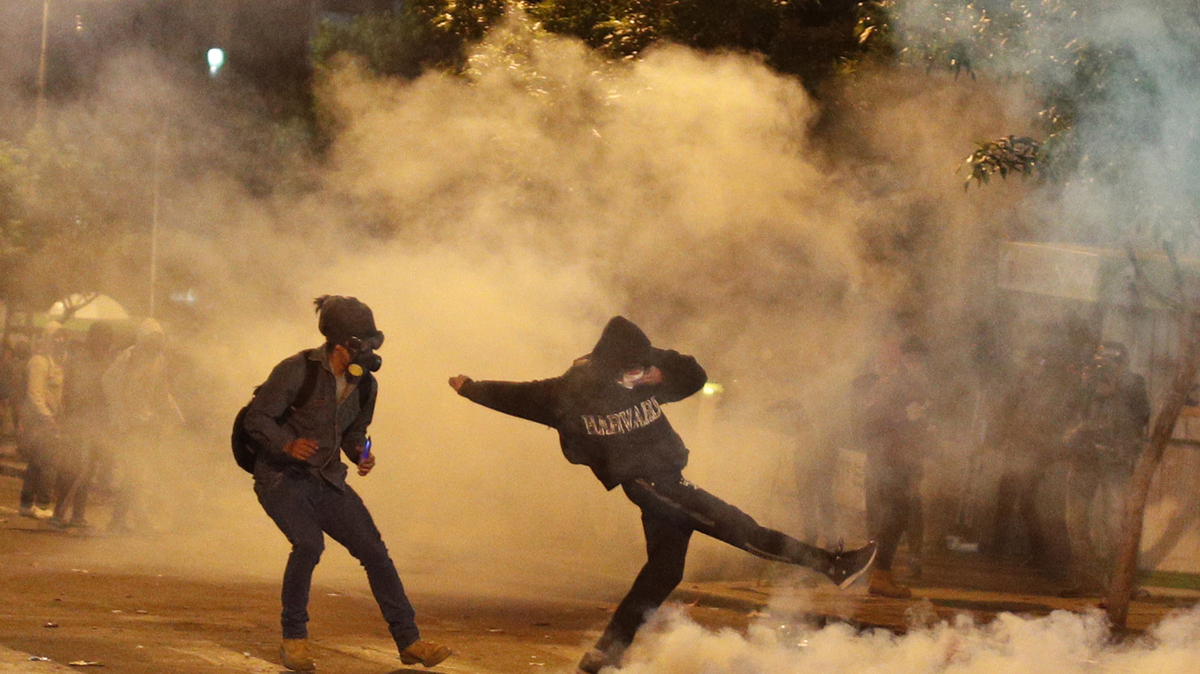 Protesters stand amid tear gas fired by police during a protest against the reelection of President Evo Morales outside the top electoral court in La Paz, on Wednesday.

In a national television address on Wednesday, Morales lashed out at his opponents, declaring that "a coup d'etat is under way."

"The right wing prepared the coup with international support," he said.

The leftist leader did not elaborate on where the international support was coming from, but he has frequently railed against what he says is U.S. imperialism.

In the latest count, the former coca farmer and union leader who became the country's first indigenous leader, leads Mesa by just over 10 percentage points – the cutoff threshold to avoid a runoff. Most of the remaining 2% of ballots to be counted are from rural areas said to favor Morales.

But delays in the counting and a gap in reporting that was followed by a sudden uptick in the vote for Morales has led to suspicions.

The Organization of American States cited the "drastic" and inexplicable shift in the vote as possibly fraudulent and said a run-off should be held no matter the final tally of the first round. The U.S., Brazil and the European Union have also expressed concern over the vote.

"I think you will see pretty strong response from the whole hemisphere, not just the U.S.," Kozak said during a House hearing, according to the AP.

After preliminary results were announced Sunday, Mesa, Morales' predecessor, celebrated "an unquestionable triumph" thinking that he'd made it to a second round.

But on Wednesday, Mesa claimed the ballot counting was a "gigantic fraud."

"If there is anyone who breaks the constitutional order it is Evo Morales," he said.

Since first taking office in 2006, Morales has presided over an improving economy in the impoverished Bolivia, which has seen a strong 4% average growth in GDP, largely from exports of natural gas and metals, such as zinc and gold. However, those exports have trailed off in recent years and corruption remains a major problem.

The country's constitution limits the presidency to two terms, but Morales has won permission from the Constitutional Court to stay in office until 2025.

Bolivia has seven million eligible voters. All seats in the country's bicameral legislature were also on Sunday's ballot.