Accessibility links
Canada's Justin Trudeau Rejects Coalition In Favor Of Minority Government The prime minister, whose Liberals lost their parliamentary majority in Monday's vote, says he will lead a minority government. Trudeau vowed to continue his policies despite the election setback. 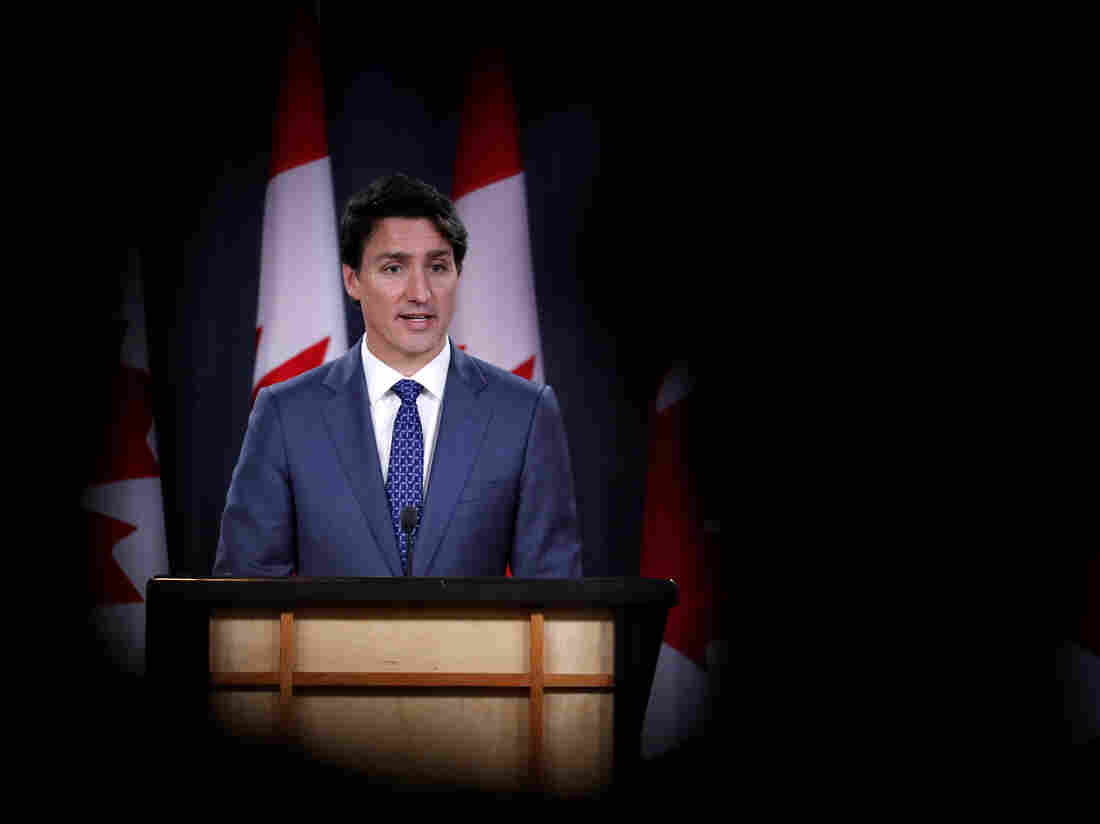 Canada's Prime Minister Justin Trudeau speaks to the news media in Ottawa on Wednesday for the first time since winning a minority government in the federal election. Stephane Mahe/Reuters hide caption 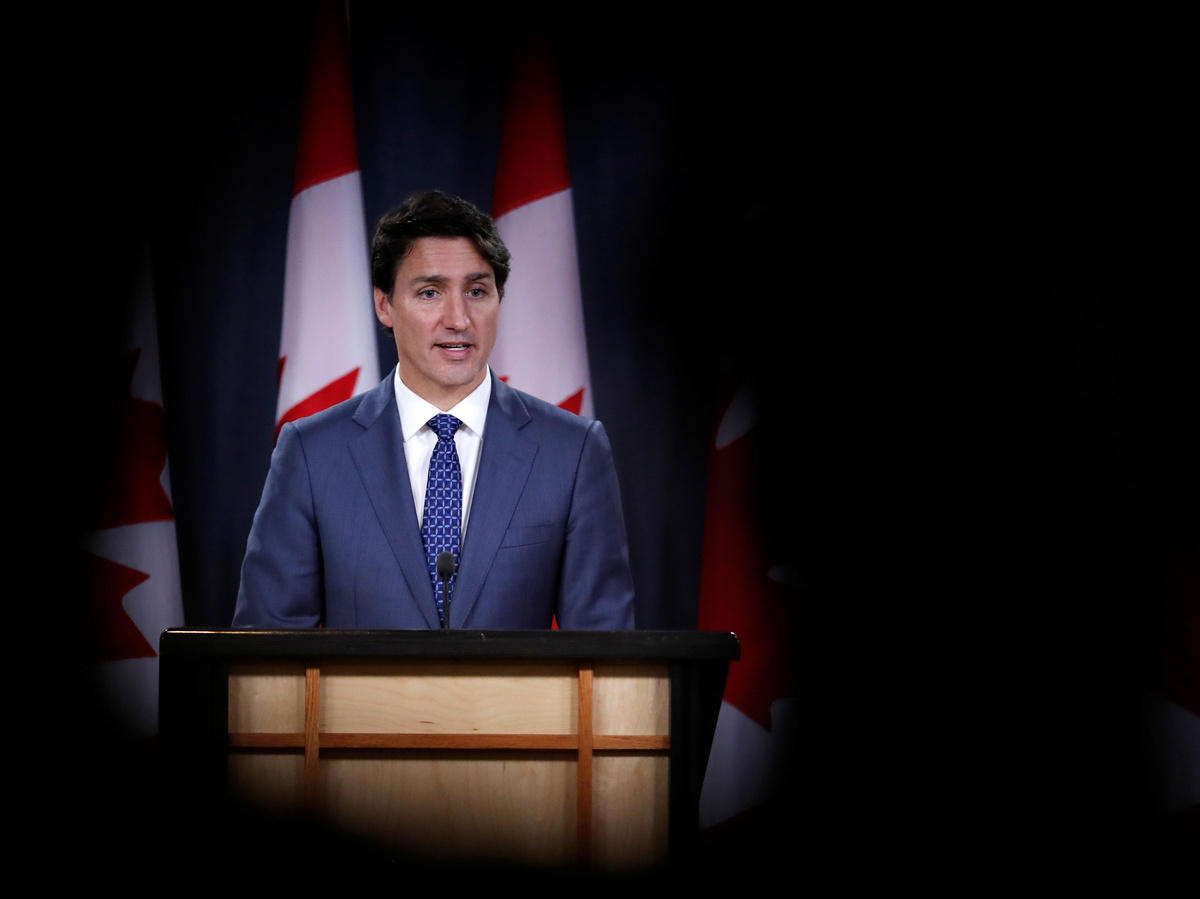 Canada's Prime Minister Justin Trudeau speaks to the news media in Ottawa on Wednesday for the first time since winning a minority government in the federal election.

Canada's Prime Minister Justin Trudeau says he will carry on with his progressive agenda despite the rebuke voters delivered in a national election this week that robbed his Liberal Party of its parliamentary majority.

Saying he hoped to move beyond the "divisive and challenging" campaign, Trudeau ruled out a coalition, saying he would instead govern from a minority position while working with other parties. He also pledged a tax cut for the middle class as "the very first thing" his new administration would put forward.

In Monday's election, the Liberals lost 20 seats, leaving them 13 short of an absolute majority in the 338-member Parliament. The main opposition Conservatives won 121 seats, with Bloc Québécois and the New Democratic Party splitting the bulk of the remaining seats.

"I think Canadians sent a clear message across the election of multiple parties that affordability and the fight against climate change are really clear priorities that they want this Parliament to work on," the prime minister said Wednesday in his first news conference since the election.

"They also sent a clear message that they expect us as government to work with the other parties on these issues that matter to them, and that's exactly what we're going to do," he said.

Even so, Trudeau, who said he would unveil his new Cabinet on Nov. 20, promised to move ahead with the Trans Mountain pipeline expansion, something the New Democrats and the Greens oppose but that Alberta — where the Liberals failed to win any seats — desperately wants.

The election results reflected a growing political divide between Canada's eastern and western provinces. Although it won fewer seats in Parliament than the Liberals, the Conservative Party received more votes overall.

The $5.5 billion 620-mile pipeline has attracted strong opposition from environmentalists and some indigenous groups, but it would give the western province, which has the world's third-largest oil reserves, direct access to Asian markets, bypassing U.S. refineries that now process 99% of its crude.