Accessibility links
Wildfire Burns Thousands Of Acres In Sonoma And LA Counties, Calif. In Sonoma County, 16,000 acres have been consumed by the Kincade Fire. In Los Angeles County, a fire near Agua Dulce has burned 5,000 acres. No cause has been announced for either blaze.

Wildfires Burn Thousands Of Acres In Northern And Southern California

Wildfires Burn Thousands Of Acres In Northern And Southern California 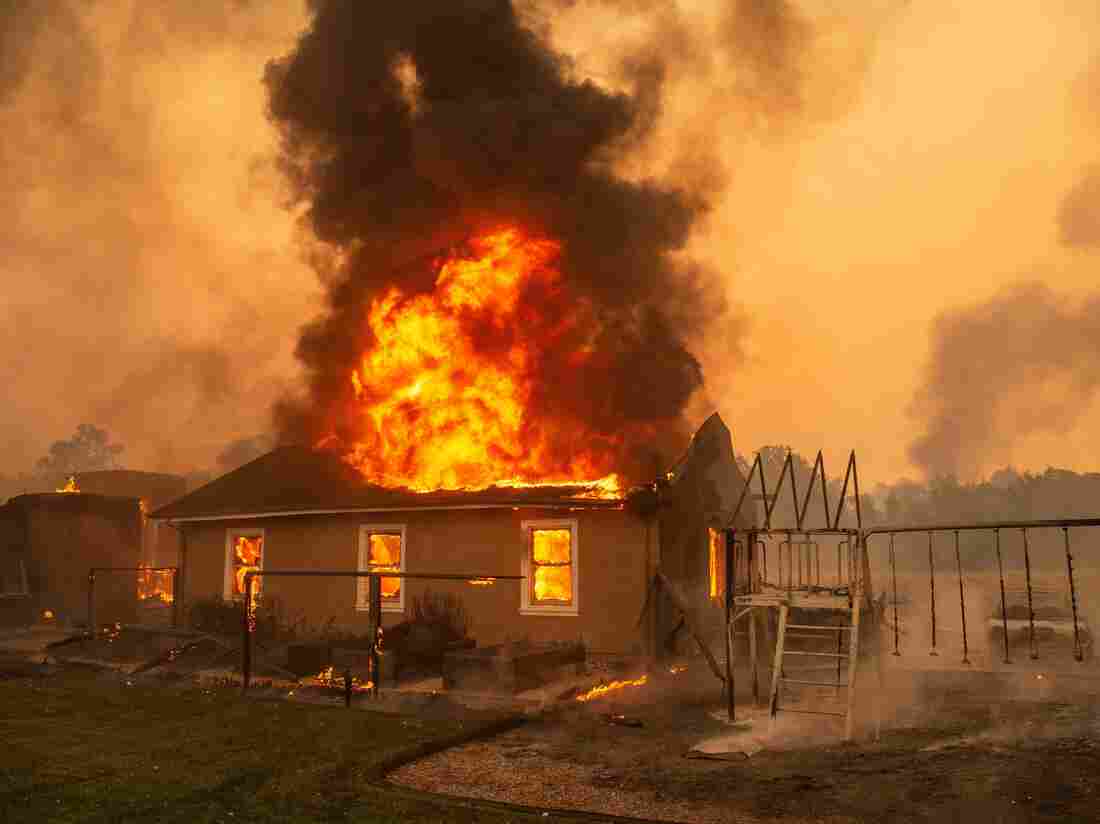 A home burns at a vineyard during the Kincade fire near Geyserville, Calif., on Thursday. Josh Edelson/AFP via Getty Images hide caption 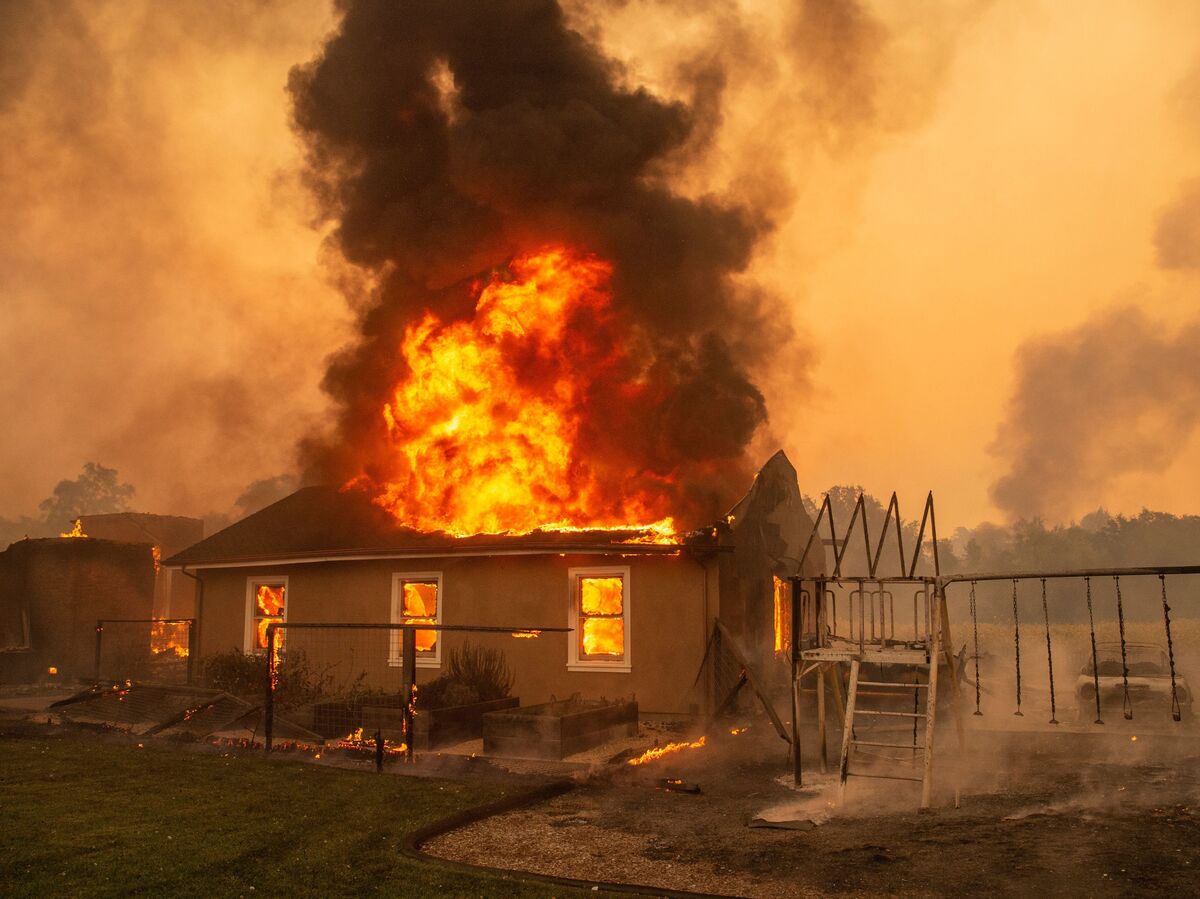 A home burns at a vineyard during the Kincade fire near Geyserville, Calif., on Thursday.

Northern California is grappling with a new threat: the Kincade Fire. It has already burned through more than 16,000 acres in Sonoma County.

Pacific Gas & Electric Corp. has told regulators that part of a transmission tower broke near the Kincaid fire at about the time the blaze started. The utility had shut down power to its distribution lines in the area because of fire danger if those lines were knocked down. PG&E says weather predictions didn't reach the level that would have triggered a shutdown of the transmission lines.

The town of Geyserville has been evacuated as the fire moves west.

"That fire got extremely big really quickly, and was very visible from a significant part of Sonoma County," said Paul Lowenthal, assistant fire marshal in Santa Rosa, as KQED's Raquel Maria Dillon reports. "Departments like Santa Rosa were flooded with 911 calls even though the fire was nowhere near the city limits."

Cal Fire issued its highest alert, a Red Flag Warning, for most of northern California and parts of southern California until late Thursday or early Friday, due to high winds and dry conditions.

PG&E, the electric company, shut off power in a number of locations in the state; the outage affected about 28,000 customers in Sonoma County.

The fire could imperil a number of wineries, including the Francis Ford Coppola Winery, which tweeted on Wednesday that it was closed: "The winery is not currently in danger, but we're without power and Geyserville is under evacuation orders."

Strong winds are forecast to die down in the coming hours, but may pick up again this weekend.

The utility is struggling through a bankruptcy reorganization as it faces billions in liability for back to back, historically deadly fire seasons including the Camp Fire, the state's deadliest blaze.