Accessibility links
Census Bureau To Hire Noncitizens For 2020 Jobs As Translators, Enumerators The federal government plans to hire eligible noncitizens as census translators and door knockers if it can't recruit U.S. citizens with needed language skills, continuing a practice from 2010.

Census Bureau Confirms Noncitizens To Be Hired For 2020 After Uncertainty

Census Bureau Confirms Noncitizens To Be Hired For 2020 After Uncertainty 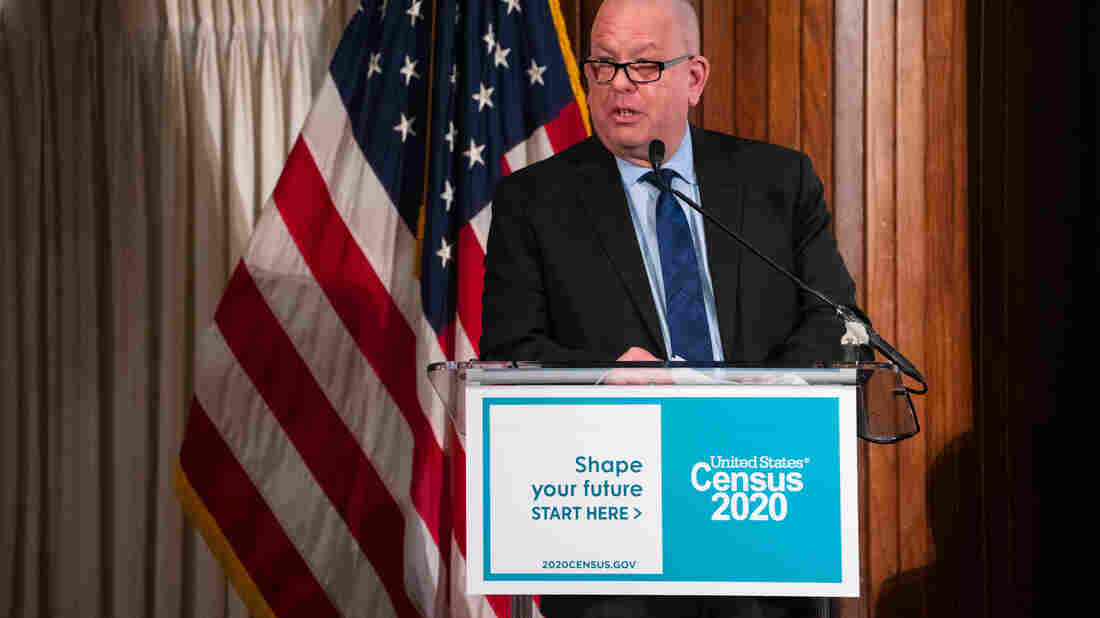 Tim Olson, the Census Bureau's associate director for field operations, says the bureau is trying to recruit job applicants who speak the languages of the neighborhoods where 2020 census workers will be collecting information. Amr Alfiky/NPR hide caption 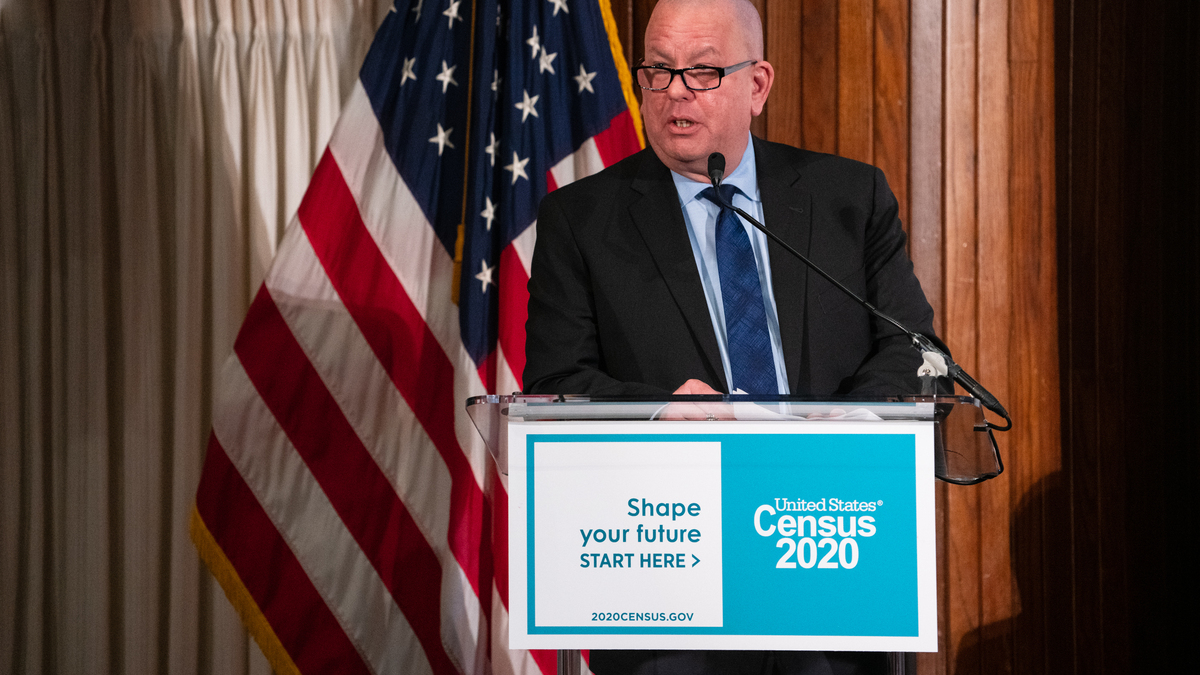 Tim Olson, the Census Bureau's associate director for field operations, says the bureau is trying to recruit job applicants who speak the languages of the neighborhoods where 2020 census workers will be collecting information.

The federal government is widening its recruiting efforts for 2020 census jobs to include certain noncitizens for their non-English language skills, a Census Bureau official announced this week.

In general, Congress does not allow government agencies to hire noncitizens using federal tax dollars, and the Commerce Department, which oversees the bureau, prioritizes U.S. citizens when filling positions. But if a citizen with needed language skills cannot be hired, there are some exceptions that allow for the temporary employment of green card holders applying to become U.S. citizens, refugees or people granted asylum who have declared plans to become green card holders and later citizens, and people born in American Samoa.

"We will employ that flexibility," Tim Olson, the bureau's associate director for field operations, said Tuesday, "and be able to hire noncitizens that are legally entitled to work in the U.S. for language purposes if in fact we do not have a citizen available in our pool."

For the last U.S. census in 2010, the bureau hired close to 3,500 noncitizens with appropriate work visas, who made up less than a half-percent of more than 857,000 temporary workers, according to the agency's internal review of its recruiting and hiring efforts.

A Half Million 2020 Census Jobs: Will They Be Filled In Time?

Olson made the announcement in response to a question from NPR during a news conference in Phoenix, where the bureau launched a national campaign to recruit 2.7 million job applicants to fill a half million jobs by next spring.

The announcement comes close to two years after The Washington Post reported that Census Bureau staff were informed during an internal meeting that noncitizens would not be hired for the 2020 census. The report generated concerns among census advocates who highlighted the challenge of finding workers during low unemployment.

Ron Jarmin, the bureau's deputy director who was then serving as its acting director, later told NPR, that staffers may have "misinterpreted something that was said in a meeting about the laws on the books." The bureau's public information office has been emphasizing that "there is not a ban" on hiring noncitizens.

Still, the bureau's outreach materials — including a "Frequently Asked Questions" page on the official 2020 census website — currently say only U.S. citizens can work for the national head count.

But in a written statement to NPR, the bureau confirmed that eligible noncitizens could be hired as translators or as enumerators, who will go door-to-door to interview people in households who don't fill out a census form themselves by late spring.

These census workers are expected to play important roles in the federal government's strategy for making sure all U.S. households are included in the once-a-decade, constitutionally mandated count of every person living in the country.

The results are used to determine each state's share of congressional seats and Electoral College votes and to redraw voting districts. They also guide how an estimated $880 billion in federal spending is divvied up every year for schools, roads and other public services.

People who do not speak English fluently are among the groups the bureau is devoting extra attention to in order to ensure a complete count. Federal law prohibits the bureau from releasing information identifying individuals until 72 years after it's collected, but the bureau's research shows that people who are not proficient in English are more likely than those who are to be concerned that their census responses could be used against them.

"We need people that speak the languages of the neighborhoods that they're going to work in," Olson said during Tuesday's news conference.

Terry Ao Minnis, senior director of the census program at Asian Americans Advancing Justice - AAJC, said that she was "pleased" to see the bureau acknowledging that hiring census workers of different language abilities is "essential" to a successful count.

"With the high-level of distrust in the government, it is crucial that census takers in communities of color are both culturally and linguistically competent to communicate within our communities," Minnis said in an email.

The heated legal battle over the citizenship question the Trump administration failed to add to 2020 census forms has heightened concerns that many noncitizens have been scared away from participating in the count, let alone considering applying to be a census worker.

So far, the bureau has not hired any noncitizens for the 2020 census.

Some census advocates are anxious for the bureau to take more action in making sure its workers are competent in reaching all kinds of households, regardless of language abilities.

"The Bureau needs to do more than repeat talking points and demonstrate to its partners and stakeholders that it is employing and training that workforce in 2020," Arturo Vargas, CEO of the National Association of Latino Elected and Appointed Officials Educational Fund, said in a written statement.

The bureau says about a fifth of the approximately 900,000 job applicants who have applied for 2020 census jobs are bilingual. In total, they speak more than 400 languages and dialects.

"It's a good start. But we've got a ways to go," Olson, the bureau's head of field operations, said. "If people are bilingual, please, please, please consider applying for these jobs."