Accessibility links
StoryCorps: 50 Years Later, Former Classmates Remember Integration Eli Brown, who's black, and Natalie Guice Adams, who's white, were classmates when their Louisiana school integrated 50 years ago. "Our lives were so intertwined, but so separate," Adams said.

Listen · 3:06 3:06
Their School Integrated But Racial Divisions Remained: 'We Missed Knowing Each Other' 3:06 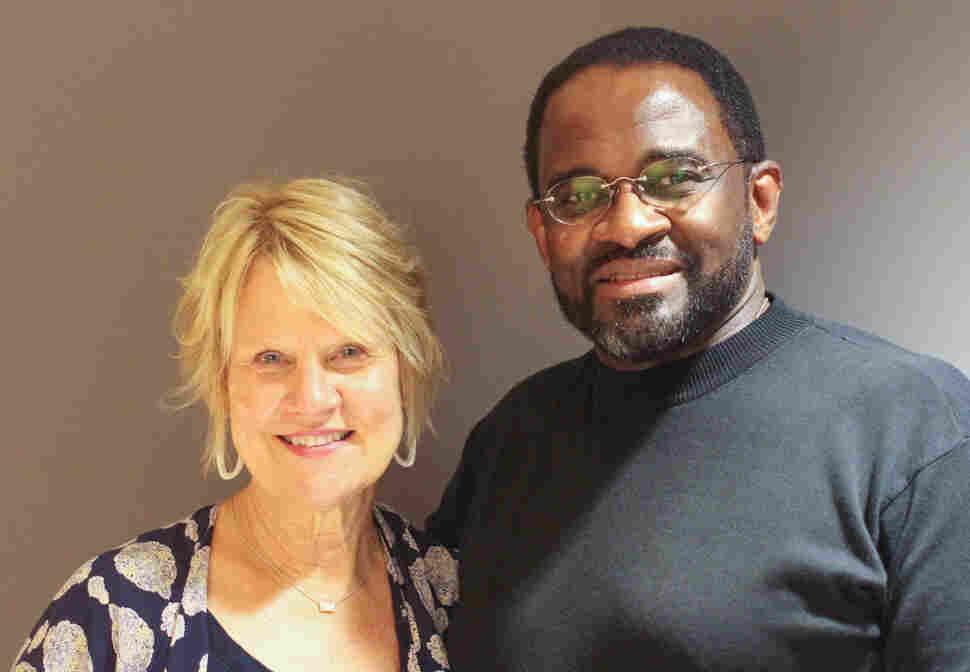 Former classmates Natalie Guice Adams and Eli Brown reconnected at StoryCorps, in Birmingham, Ala., earlier this month, where they talked about their school integrating for the first time. Emilyn Sosa for StoryCorps hide caption 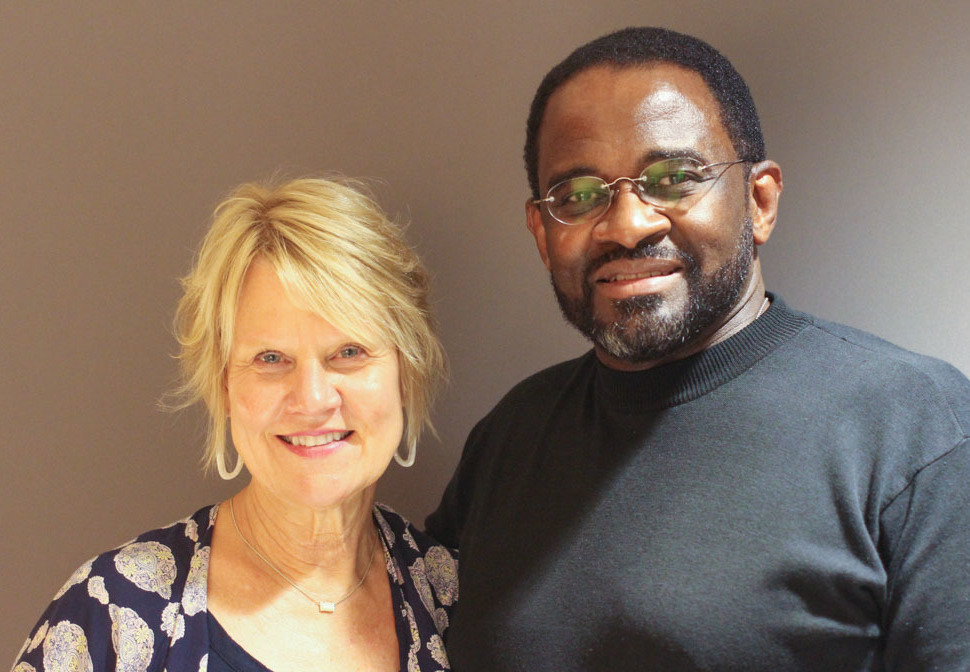 Former classmates Natalie Guice Adams and Eli Brown reconnected at StoryCorps, in Birmingham, Ala., earlier this month, where they talked about their school integrating for the first time.

Eli Brown and Natalie Guice Adams first met as third-grade classmates, when their school in Winnsboro, La., integrated in fall of 1970. Although they would share a similar academic trajectory, Brown and Adams lived very separate experiences.

"I feel like we missed knowing each other," Brown, a 56-year-old African American man, told Adams, a 57-year-old white woman, during a StoryCorps conversation recorded earlier this month.

When Brown's parents told him that he would soon attend a school with white children, he didn't understand why the white students might not like him.

Next week marks 50 years since the Supreme Court ordered schools across the South to desegregate immediately.

Alexander v. Holmes, a little-known but milestone 1969 case, overruled Brown v. Board of Education II's language calling to end segregation with "all deliberate speed," which many schools had resisted for 15 years.

Starting third grade was a big adjustment for Brown.

"The first day, it's sort of a blur," Brown told Adams. "You have to realize, we left our school and came to your school. I can remember seeing new, white faces. Finding the cafeteria, finding the boys' restroom."

But both clearly remember being co-editors of the fourth grade newspaper together.

"I did think I was the smartest person in class," Adams said. "But I realized that you were gonna give me a run for my money."

"To this day, I've never wanted to lose," Brown said. "You know, I was thinking about valedictorian when I was [in] ninth grade. But I knew who would stand in the way of me doing that — it was gonna be you."

Brown and Adams would eventually graduate as co-valedictorians.

Adams recalled when Brown was elected in high school as the vice president of the Louisiana State Beta Club, an academic organization for top performing students.

When he was running for the position, Brown had ribbons that said "Vote for Eli Brown."

One day, when Brown and his father attended a State Beta Club convention, Brown says they found one of his ribbons in a urinal in the men's restroom.

"I remember my dad getting a big roll of tissue around his hand, going into that urinal and getting that out," Brown recalled. "And I said, 'Dad, what are you doing?' He says, 'Nobody pees on this name.' That was the pride he instilled in us."

"You never let your guard down, ever," Adams told Brown. "And our lives were so intertwined in school, but so separate. Like, I have no idea if you had friends. We had segregated dances — I don't even know if you guys had dances."

Brown says that although white and black students had their own segregated dances outside of school, there were no school-wide dances. "We were told that they didn't want shoes on the gym floor," he said. "But we knew why."

Both Adams and Brown were named "Most Likely To Succeed" at their high school. But even that honor was racially segregated.

Brown says he remembers being upset by that distinction.

"When I looked at that yearbook, it hurt to see that everything was black and white," he said. "I just wish some adult could have said, 'No. We're not doing this.' "

Still, 65 years after the Brown v. Board decision, black and Latino students continue to attend heavily segregated schools across the U.S.

Brown now works as an OBGYN in Birmingham and Adams is a professor at the University of Alabama.

Before their conversation this month, the former classmates had only seen each other once since graduating, at their 20th high school reunion in 2000.

"After we graduated, that was it," Adams said.

"To sit here and talk to you in this way, I never thought I would ever do this," Brown told Adams. "But, your name, and, you know, what we went through, is never far from me."