Accessibility links
As Ukraine Affair Grows, So Do Questions Over Giuliani's Potential Legal Problem President Trump deputized Rudy Giuliani to run what has been described as a shadow foreign policy aimed at pressuring Ukraine. Could he be in legal danger himself? 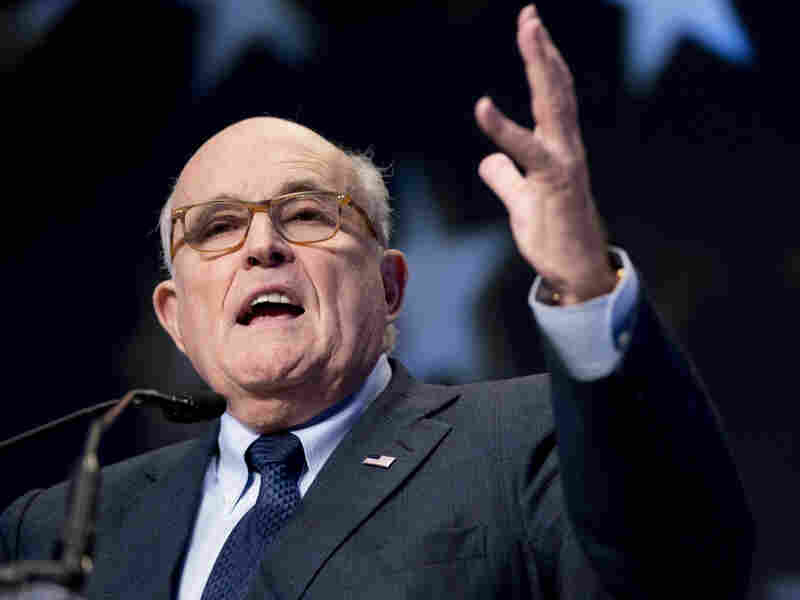 Rudy Giuliani addressed the Iran Freedom Convention for Human Rights and Democracy in Washington in 2018. More recently, he has curtailed some of his public appearances. Andrew Harnik/AP hide caption 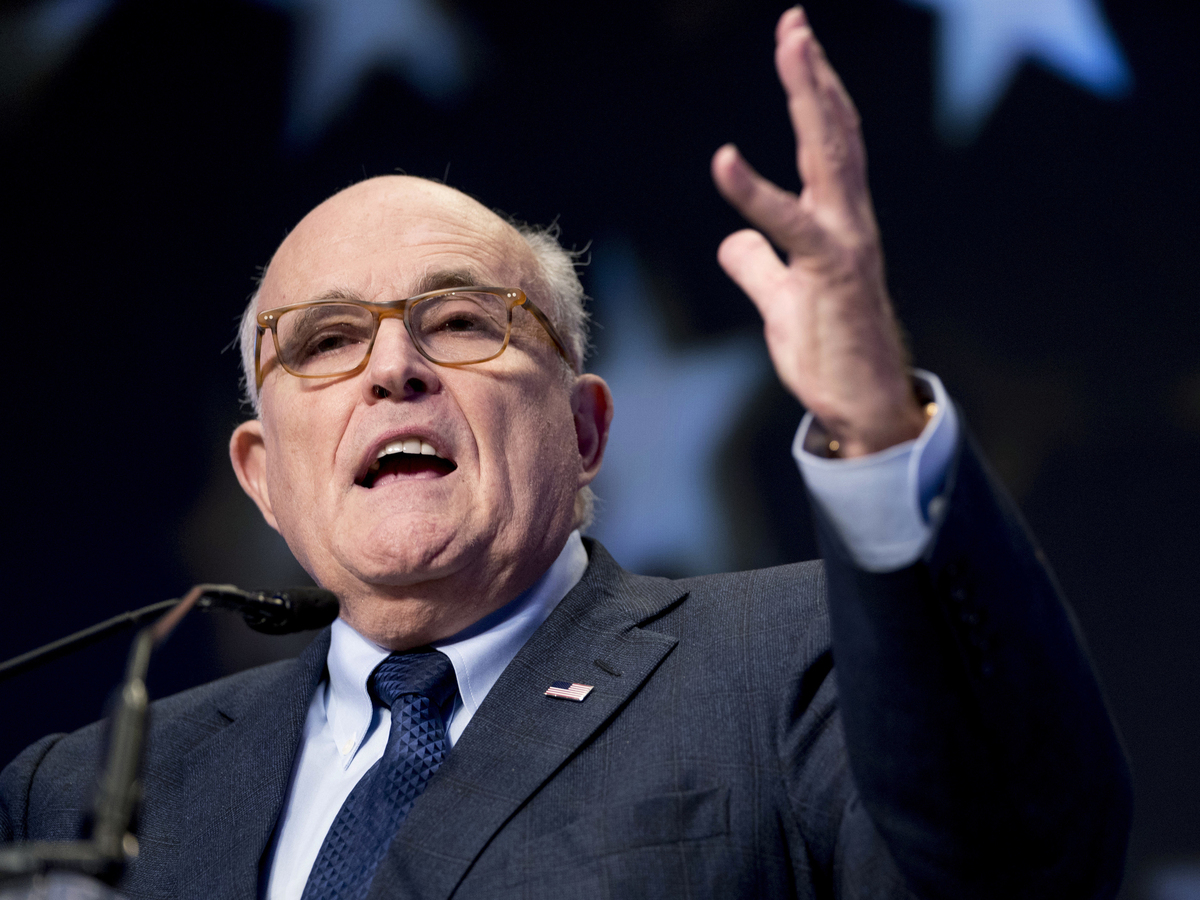 Rudy Giuliani addressed the Iran Freedom Convention for Human Rights and Democracy in Washington in 2018. More recently, he has curtailed some of his public appearances.

Once a fixture on cable channels and Sunday news shows, President Trump's personal attorney, Rudy Giuliani, has all but disappeared since two of his associates were arrested this month on campaign finance charges.

The former New York City mayor's sudden reticence may have been spurred by a concern about his own potential legal peril as his dealings reportedly come under scrutiny by federal investigators.

There is ample reason for Giuliani to be worried, legal experts tell NPR. They point to a range of activities in which Giuliani has engaged over the years that may be of interest to investigators.

The most recent of these, of course, is tied to Ukraine and Giuliani's connections to two recently indicted associates, Lev Parnas and Igor Fruman.

The indictment recounts an alleged scheme by Parnas and Fruman to get the then-U.S. ambassador to Ukraine, Marie Yovanovitch, removed from her post. The indictment also says the pair was pursuing this goal at the behest of a Ukrainian official.

While nothing in the indictment implicates Giuliani, he too was pushing for Yovanovitch's dismissal. House investigators have reviewed material filed by an anonymous State Department whistleblower that Democrats have called "propaganda" about Yovanovitch that was sent to the State Department by Giuliani.

Investigators are busy digging into the case.

Former Rep. Pete Sessions, R-Texas, who was approached by Parnas and Fruman when he was a congressman as part of their alleged scheme, is complying with a grand jury subpoena for documents about what he knows about the matter.

One lawyer said that this suggests prosecutors working for the U.S. Attorney's Office for the Southern District of New York believe there could be much more to learn.

"What that tells me is that there is a broad-ranging investigation into all sorts of potential wrongdoing by Giuliani, by the Ukrainian businesspeople," said Joshua Ian Rosenstein, an attorney with the firm Sandler Reiff Lamb Rosenstein & Birkenstock.

"It's unclear where that investigation is going to go at this point, how broad it is at this point and exactly what the focus is."

But, he added, it does indicate that the Justice Department "it taking this seriously."

The Ukraine portfolio and beyond 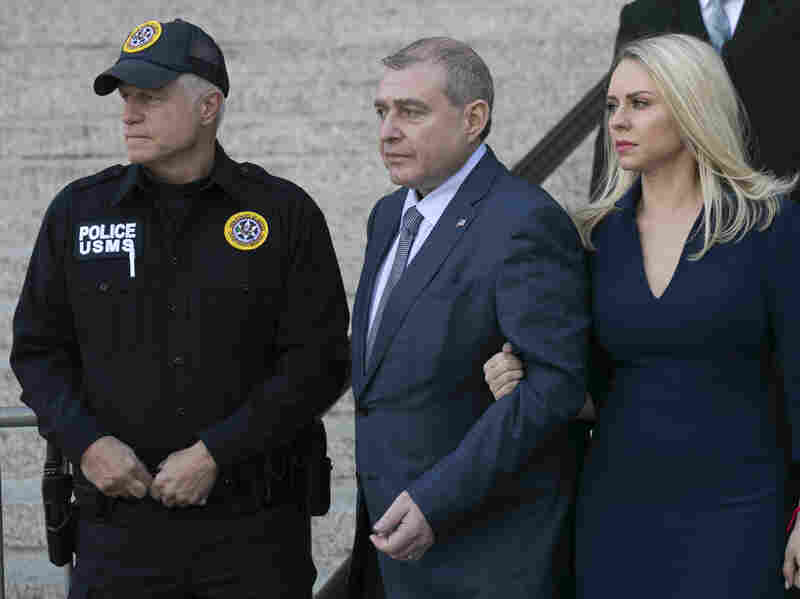 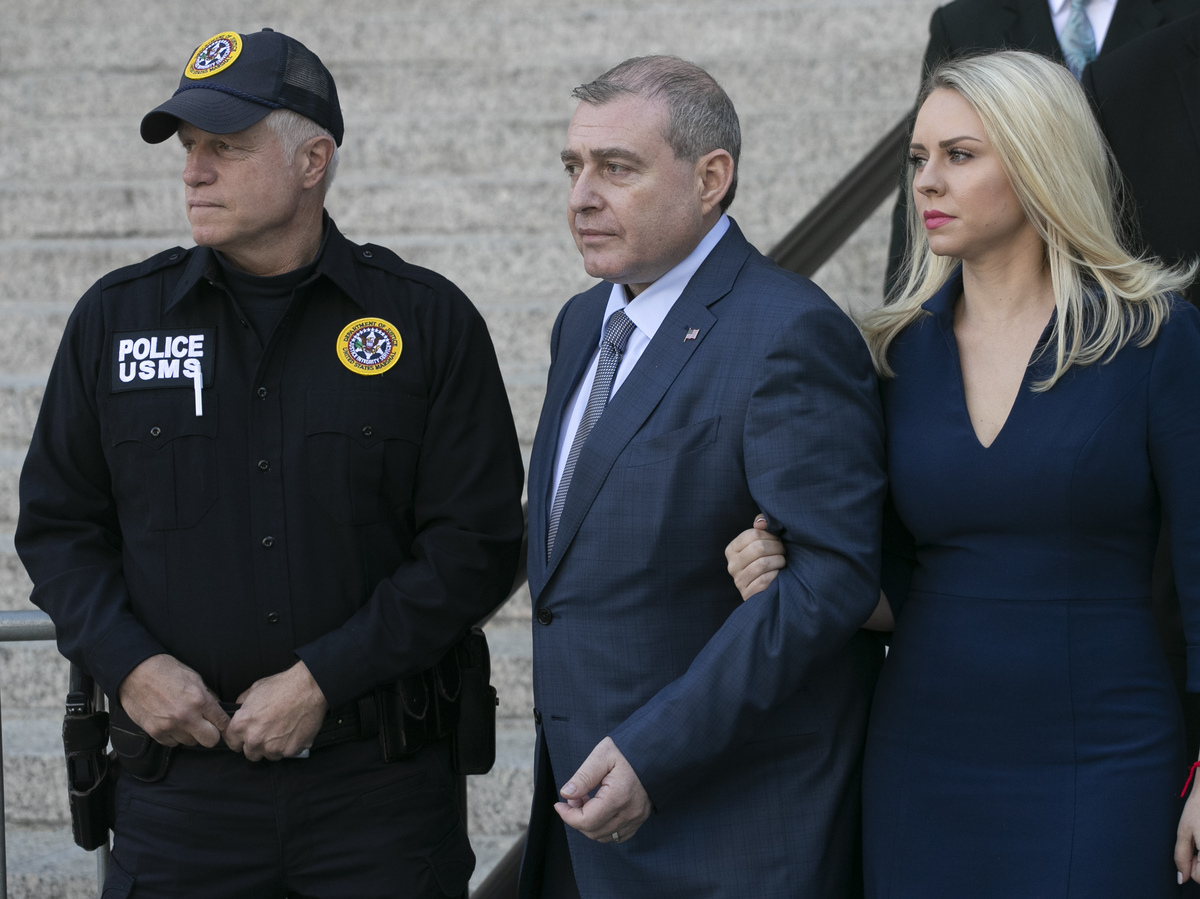 Giuliani enlisted Parnas' and Fruman's help to dig up dirt in Ukraine on the family of former Vice President Joe Biden and conspiracy theories tied to the 2016 election. Parnas has told NPR that he helped translate and arrange interviews for Giuliani with former Ukrainian officials.

Giuliani also has business connections with the pair.

All of those sinews are of potential interest to investigators.

And with an indictment hanging over Parnas and Fruman, former prosecutors say those two are under pressure to cooperate and spill whatever they may know about Giuliani, including their conversations with him and any directions he might have given them.

Ukraine aside, questions have also been raised about other Giuliani activities that — from the outside — look at lot like foreign lobbying, experts say.

Foreign lobbying is regulated by the Foreign Agents Registration Act, or FARA. It requires that individuals who are doing political or public relations work on behalf of a foreign entity disclose that fact to the Justice Department.

In Giuliani's case, questions have been raised about positions he has advocated on issues related to Turkey that align with Ankara's interests.

Giuliani reportedly pushed Trump to extradite a Turkish cleric, Fethullah Gulen, who lives in exile in Pennsylvania. The Turkish government for years has been pressuring the U.S. to hand over Gulen, whom Ankara blames for the failed 2016 coup against President Recep Tayyip Erdogan.

Giuliani also reportedly used an Oval Office meeting with Trump to argue for a prisoner swap with Turkey. The swap would have involved sending back to Turkey a Turkish-Iranian gold trader named Reza Zarrab, who was indicted in New York.

Zarrab, who had ties to Erdogan, ultimately pleaded guilty, cooperated with prosecutors and provided testimony implicating the Turkish president in a massive corruption scheme.

Giuliani's ties to an Iranian dissident group known as the MEK has also raised eyebrows. The group was listed by the State Department as a foreign terrorist organization before being removed from the list in 2012.

For years, Giuliani has made speeches on the group's behalf and has been paid for his efforts.

For foreign-advocacy experts, those speeches could qualify as lobbying.

Giuliani told NPR that the Justice Department has never contacted him about his activities and whether they fall under the rubric of foreign lobbying.

Former Attorney General Michael Mukasey, who also has delivered speeches for years on behalf of the MEK, recently registered with the department's FARA Unit.

Giuliani said his activities are different from Mukasey's.

Giuliani added that he was not contacting U.S. officials with a specific request and therefore he is not required to register. But FARA experts says that's an incorrect reading of the law.

"That itself is a fundamental misunderstanding of what FARA requires," said attorney Rosenstein, who specializes in advocacy law.

"Making speeches on behalf of a foreign political party within the United States where those speeches are aimed at influencing the views of the U.S. public or the U.S. media, with reference to the national or political interests of that party, falls squarely within the ambit of regulated conduct under FARA."

The Justice Department has put a recent emphasis on FARA enforcement, particularly in the wake of the Russia investigation.

It has had mixed success, however, in court.

One high-profile setback came in September when former Obama White House counsel Greg Craig was found not guilty of making false statements to the Justice Department about work he did for the Ukrainian government.