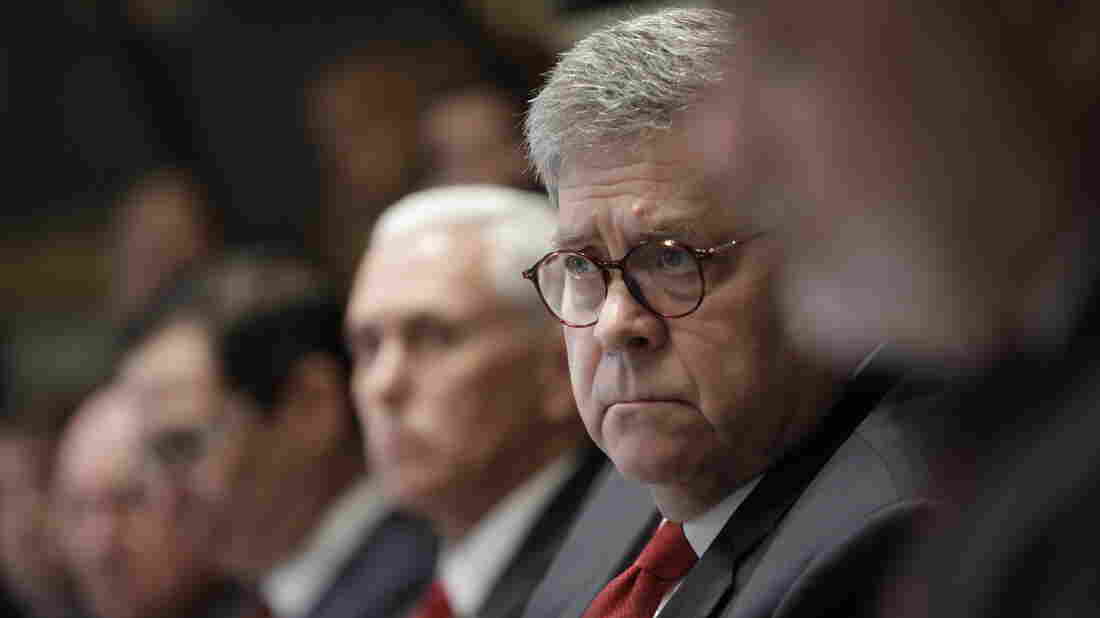 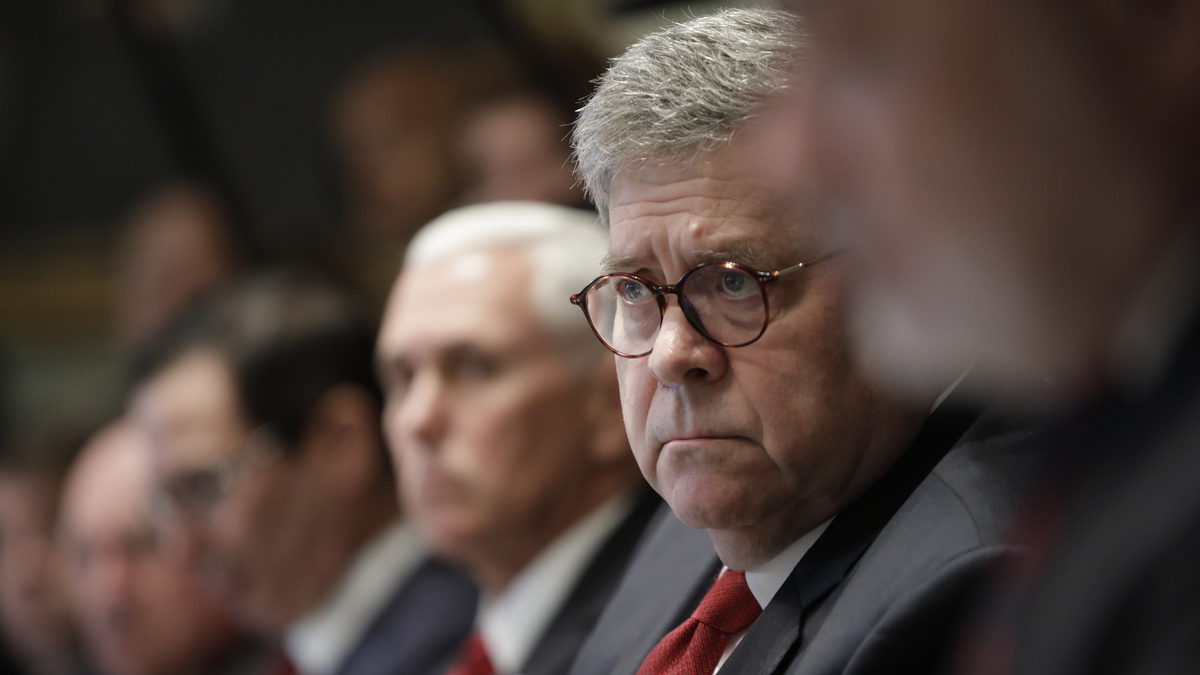 The Justice Department's review of the origins of the Russia probe has become a criminal investigation, a source familiar with the matter confirmed to NPR.

It is unclear what prompted the shift from an administrative review to a formal criminal investigation, when the change took place or what potential crime is under investigation.

The change drew immediate criticism from Democrats, who have accused Attorney General William Barr of turning the Justice Department into a political weapon for President Trump.

"These reports, if true, raise profound new concerns that the Department of Justice under Attorney General William Barr has lost its independence and become a vehicle for President Trump's political revenge," said the Democratic chairmen of the House Judiciary and Intelligence committees, Reps. Jerry Nadler of New York and Adam Schiff of California.

"If the Department of Justice may be used as a tool of political retribution or to help the president with a political narrative for the next election, the rule of law will suffer new and irreparable damage," they said.

Barr tapped the U.S. attorney for Connecticut, John Durham, in May to lead the review. It wasn't immediately clear whether Durham has impaneled a grand jury or what crime may be suspected.

Barr told Congress earlier this year that he wants to understand how and why investigators made the decisions they did in 2016, when the FBI began to investigate what it later verified was a broad campaign of "active measures" by Russia targeting the U.S. presidential election.

Former special counsel Robert Mueller later documented that interference in hundreds of pages of court documents and in his final report. Thirty-four individuals, including 25 Russian nationals, as well as three Russian entities, were indicted in the investigation.

Mueller's report documented many connections between Trump's campaign in 2016 and the Russian interference but did not establish a conspiracy to throw the election.

The investigation also documented a number of episodes following the inauguration of possible obstruction of justice, but Mueller did not make a charging decision one way or the other because of Justice Department policy that a sitting president cannot be indicted.

Barr, however, concluded that the evidence did not establish that the president obstructed justice.

Black eye for the FBI

At the same time, a number of embarrassing subplots for the FBI and the Justice Department drew intense criticism from Trump and his supporters, who sought to fault investigators and undermine the basis for the Russia investigation.

A key special agent and a top lawyer mocked Trump in text messages on their official government phones during the time they were carrying on an extramarital affair. They were removed, as were other insiders suspected of political bias.

The director and deputy director of the FBI also were removed in the midst of a broader months-long political war over federal law enforcement.

Barr, who became attorney general in this context, told Congress that he wanted to understand why there had been what he called "spying" on Trump's campaign in 2016 and why neither the candidate nor his top aides were briefed by the FBI about its discoveries about Russian interference.

Trump and Republicans also have pressed Barr to look into a number of other chapters from the imbroglio, including the FBI's use of confidential human sources; conspiracy theories involving the 2016 cyberattack on the Democratic National Committee; Hillary Clinton and others.

It isn't clear what Durham is or isn't investigating or whether he has identified criminal activity.

But the Justice Department said in a letter to Congress in June that the Durham review was "broad in scope and multifaceted, and is intended to illuminate open questions regarding the activities of U.S. and foreign intelligence services as well as non-governmental organizations and individuals."

But the escalation of Durham's inquiry into a criminal case is politically important to Republicans, who call the Russia investigation the work of "biased" conspirators within a "deep state" who abused their powers out of political animus toward Trump and his campaign.

The top Republican on the House Judiciary Committee, Doug Collins of Georgia, welcomed the decision to upgrade the Durham probe to a criminal investigation.

"The special counsel's multi-million dollar investigation concluded that no Americans conspired with Russia in 2016," Collins said.

"As a result of the empty accusations about this president and what the inspector general found to be political bias at the top tiers of the FBI, Americans have unanswered questions about how the Russia investigation began."

Connection to the Ukraine affair

The Durham investigation also has become politically important to the White House's defense of its actions in the Ukraine affair.

Acting chief of staff Mick Mulvaney and other allies of Trump have said it was wholly appropriate for Trump to ask Ukraine's president and other heads of state for help with U.S. investigations that could uncover wrongdoing.

Mulvaney cited Durham's ongoing work and the need to answer what Mulvaney called lingering questions as one explanation for why Trump had asked the Ukrainians for investigations.

Trump or Barr also have asked the Italian, British and Australian governments to cooperate.

Democrats now pursuing an impeachment inquiry into the president argue that he abused his office in threatening to withhold engagement and military assistance from Ukraine unless it agreed to launch investigations Trump thought might help him in the 2020 election.