Accessibility links
Stream Lizzo And Ariana Grande's Version Of 'Good As Hell' Pop juggernaut Ariana Grande joins the fun in this remix of the unstoppable 2016 song, with her own demand to be treated right. 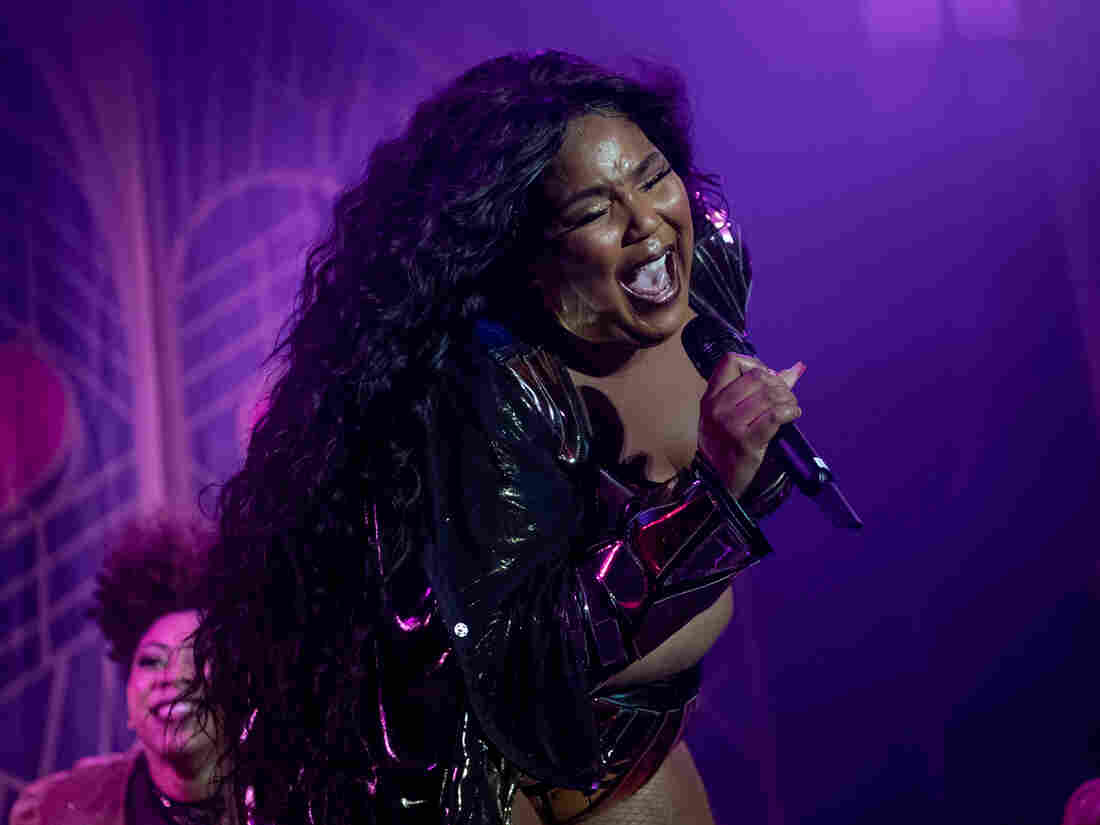 Back in the before-times, a pop star would release a single and it'd climb the charts, hit a peak position and begin a slow descent into oblivion. The whole process might take a few months, and then it'd be on to the next single.

But Lizzo's "Truth Hurts" has experienced a different trajectory entirely: It bubbled up for about a year and a half before taking off earlier this year, and now it sits at No. 1 on the Billboard Hot 100 for a seventh (nonconsecutive) week. So it only makes sense that, when it came time for something new, Lizzo — whose breakthrough album, Cuz I Love You, came out earlier this year — would opt to reinvigorate a single even older than "Truth Hurts."

That'd be 2016's unstoppable, wonderful "Good As Hell," which now has its very own 2019 remix thanks to an assist from another pop juggernaut: Ariana Grande, who joins the fun with her own demand to be treated right. ("He better know my worth," she sings, adding, "There's so much that I deserve.")

Don't be surprised to see Grande's presence inspire a much-deserved renaissance for "Good As Hell." And, hey, if that works, Lizzo's catalog doesn't end there: She's got two more albums (2013's Lizzobangers and 2015's Big Grrrl Small World), just waiting for their own overdue turn at the top of the charts.