Accessibility links
Book Review: Prince Memoir, 'The Beautiful Ones,' Brings To Life A Vision In One's Mind You won't get a full picture of Prince from this book, but it does manage to pierce through some of the mystery the renowned artist purposely cultivated around and about himself. 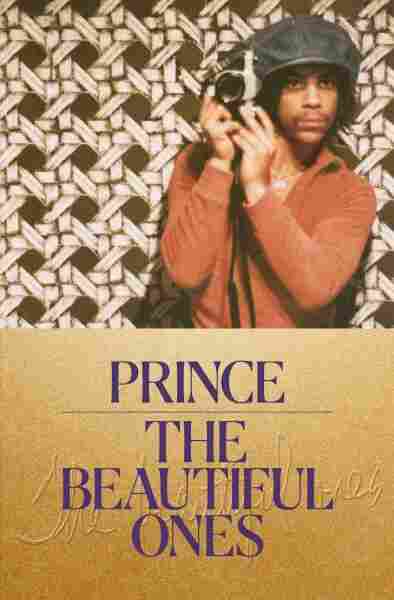 by Prince and Dan Piepenbring

Title
The Beautiful Ones
Author
Prince and Dan Piepenbring

I'm a longtime Prince fan. I would listen to his raunchy songs with the sound turned down low so my parents couldn't hear, because even before I understood a lot of the double entendre in his lyrics, I sensed they — and he — were naughty. And, of course, my parents confirmed.

Prince was also perspicacious and artistically brilliant and mischievous and shrewd and all the many other superlatives that have been bestowed on him over the years.

Still, I wasn't sure what to expect from The Beautiful Ones. Before I had the book in hand, I read an excerpt of its introduction in The New Yorker, which detailed the origin of the book. I wondered how anyone could publish a book Prince wanted to write about himself if Prince, himself, was no longer with us to write the book? How Sway?! 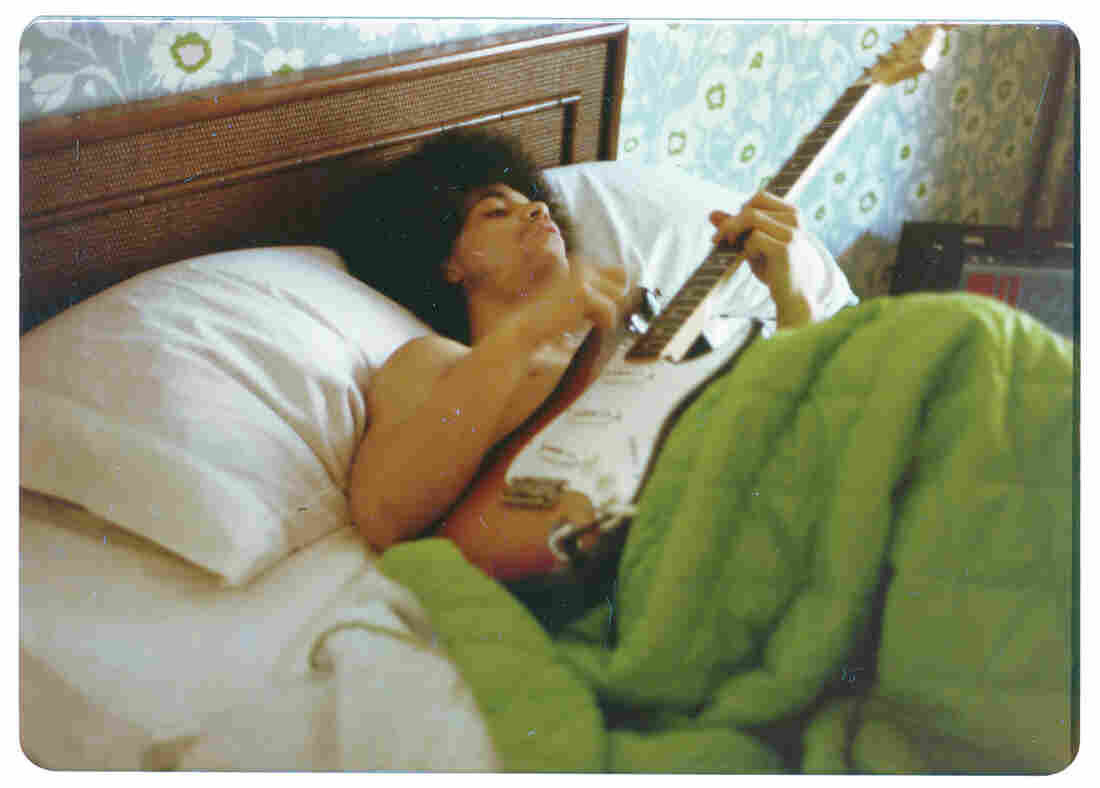 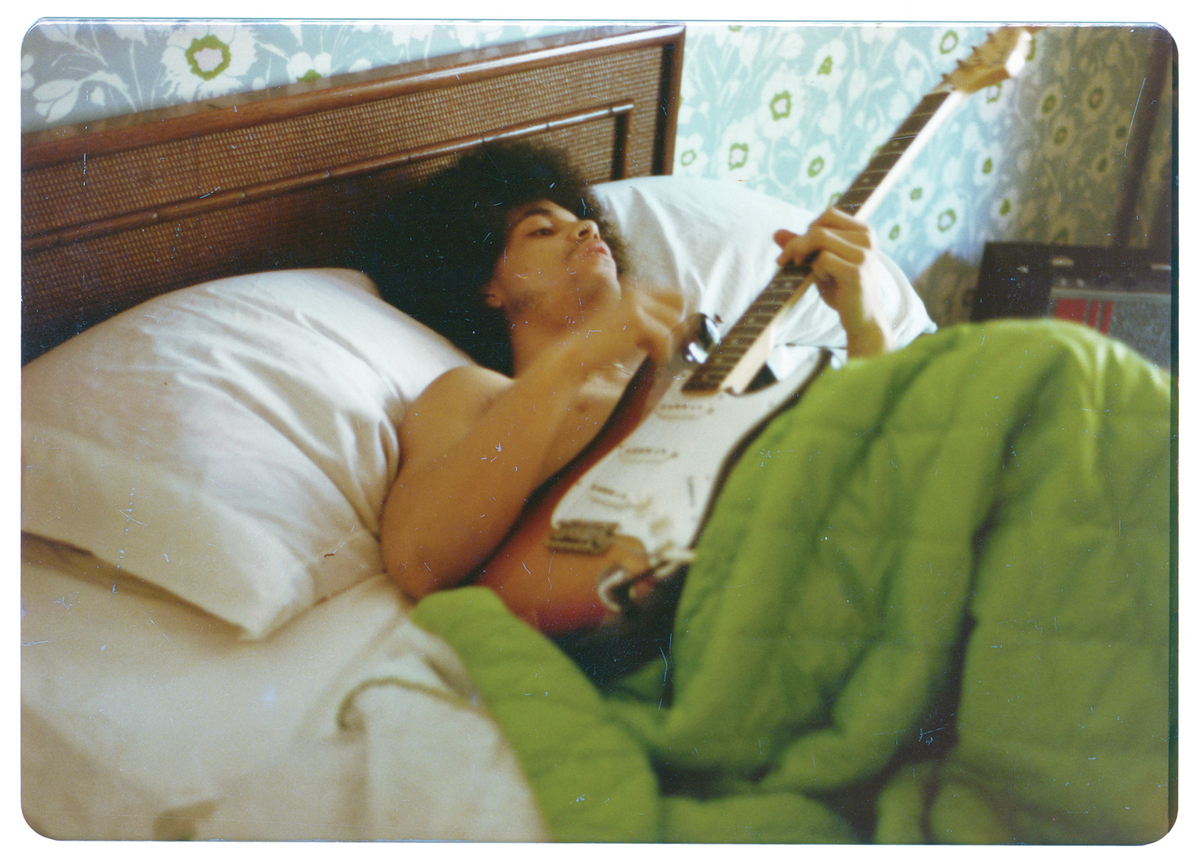 Prince plays a guitar in bed at his new home on France Avenue, April 1978.

But Prince died in 2016 without a will (this still shocks me) and, since he didn't write down explicitly what he wanted done with his estate, others had to make their best guess. One of those decisions included finishing this memoir.

Hear Prince's Acoustic 'I Feel For You' Demo, Fresh From The Vault

The introduction sets the stage, as it were, by explaining how writer Dan Piepenbring — an editor for The Paris Review who was not yet 30 or a published author at the time — got pulled into the project. As I read his words I jealously thought "this lucky so-and-so, imagine your first published book is a collaboration with Prince Rogers Nelson?!"

Everything Piepenbring shares about being a fan chosen to work with one of his idols resonates with me: Be cool. Cool, cool, cool, cool. I mean, this is Prince we're talking about, dude oozed cool, so you needed to be cool, too. But not too cool. Try not to say or do the wrong, stupid thing, but also try to prove you have the talent for the gig, and gah! somehow you still say and do the wrong, stupid thing. When Piepenbring sweeps his phone off a conference room table because Prince glanced at it and wondered if he was recording their conversation, I laughed. That's right, just throw the whole phone away. 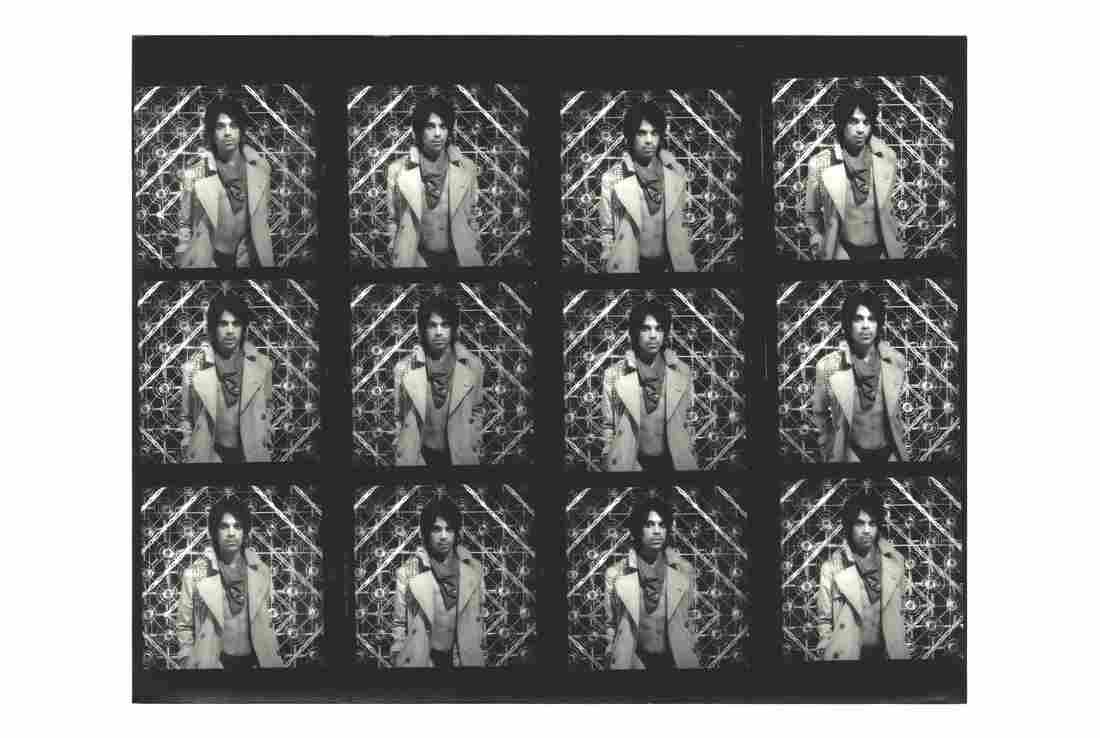 Allen Beaulieu photographed Prince and his band for the 1980 Dirty Mind album; these are some of the outtakes. Prince told Beaulieu that he wanted to appear on a bed on the album cover. It was Beaulieu's idea to buy a worn-out box spring from a junkyard and photograph Prince in front of the springs. Allen Beaulieu/Penguin Random House, LLC hide caption 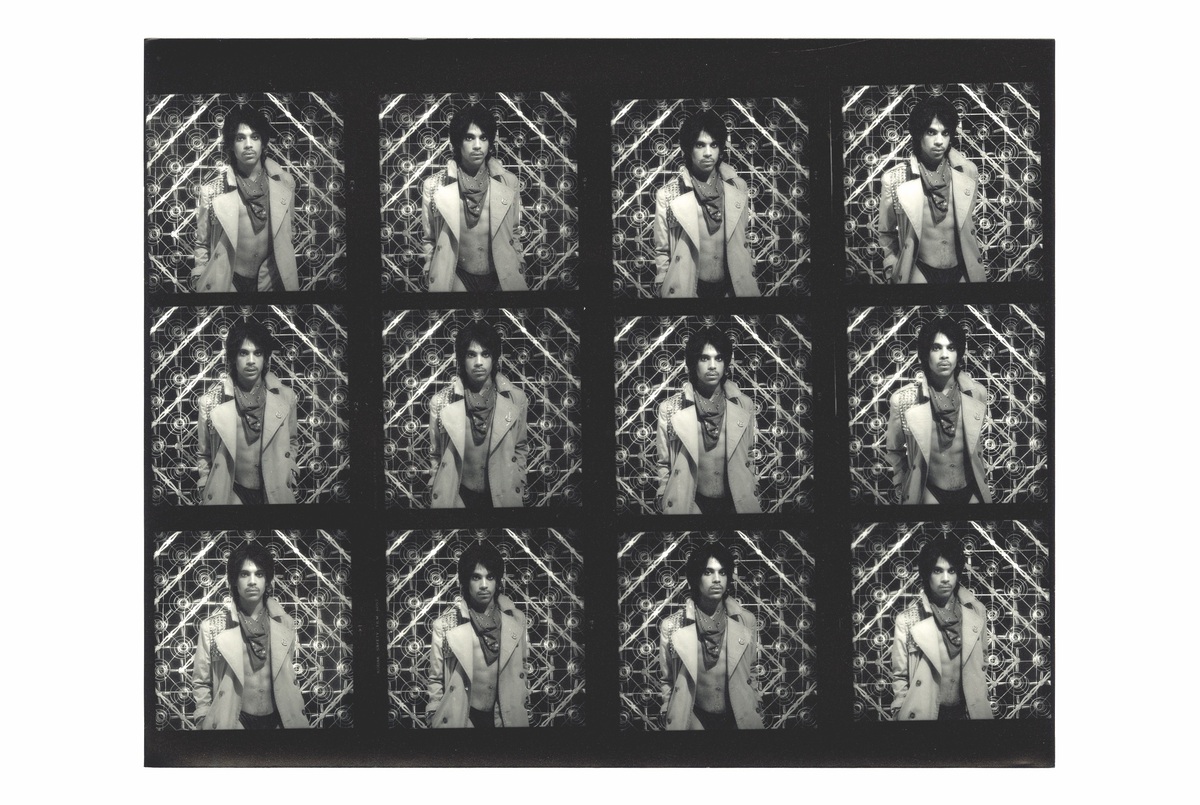 Allen Beaulieu photographed Prince and his band for the 1980 Dirty Mind album; these are some of the outtakes. Prince told Beaulieu that he wanted to appear on a bed on the album cover. It was Beaulieu's idea to buy a worn-out box spring from a junkyard and photograph Prince in front of the springs.

But Piepenbring doesn't just want to write this memoir with Prince, he wants to do it right (whatever "right" is, Prince always colored way outside of the purple lines). Once Prince dies and the book project lives on, Piepenbring also wants to do right by his idol.

Prince's mandate(s) for the book was that it "be a handbook for the brilliant community," "a radical call for collective ownership, for black creativity," a book about freedom.

"Try to create," he told Piepenbring. "I want to tell people to create. Just start by creating your day. Then create your life."

That's a whole lot of things. But then, so was Prince.

This means we get a memoir that is written by Prince, literally. Handwritten pages he had shared with Piepenbring make up Part 1, taking us from his first memory — his mother's eyes — through the early days of his career. We learn about his epileptic seizures, his first kiss, his relationship with his parents, their relationship with each other, his adolescent years, and how Prince saw himself and his place in the world. Some of it's sad, some funny (there's a story about him tap dancing with no music for 28 1/2 minutes at a school talent show) and all of it pierces through some of the mystery Prince purposely cultivated around and about himself. Of course, even he admitted that he still had to brush his own teeth, like the rest of us.

We also get a memoir that is carefully curated by Piepenbring, who writes that he was able to go through Paisley Park, room-by-room, sorting through Prince's life. He describes choosing items "that communicated some intimacy; that shed a new light on his family and his art; that demonstrated his creative process, and, as he desired, would make his readers want to create, too."

Part of what he found anchors the next section of the memoir: a scrapbook Prince kept while making his first album, For You. It's like a 1977 version of Instagram. Photos of him, of his friends, his notes, drawings, song lyrics. The whimsy and playfulness in the pages made me realize that Prince maybe wasn't a tortured artist in those early days, as I had imagined. It looked like he had a ball.

The last section's handwritten synopsis of what later became Purple Rain required a couple of readings. I've seen the movie so many times I had to shake free of what ended up on the screen in order to really take in what Prince had initially envisioned.

The Beautiful Ones doesn't paint a perfect picture. It's not definitive. It can't be, it shouldn't be and, thankfully, it doesn't try to be. We'll never know what it might have been if Prince had lived. But it's a good start. Now, it's up to us to take what's there and make something out of it for ourselves, creating, just as Prince wanted. That's what I'm doing, anyway. It's time we all reach out for something new.