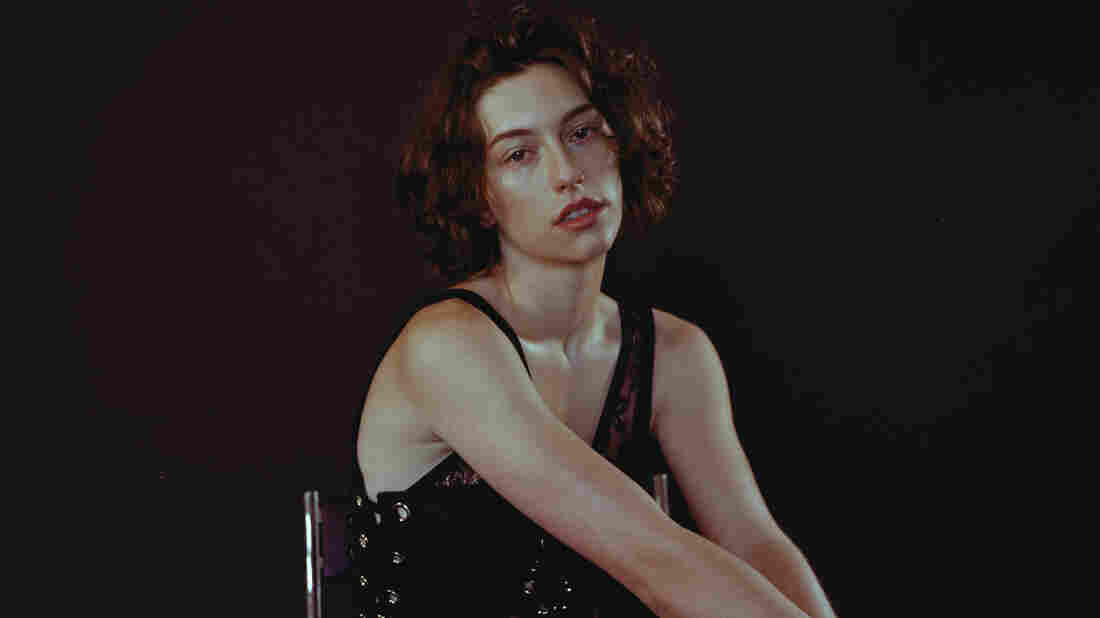 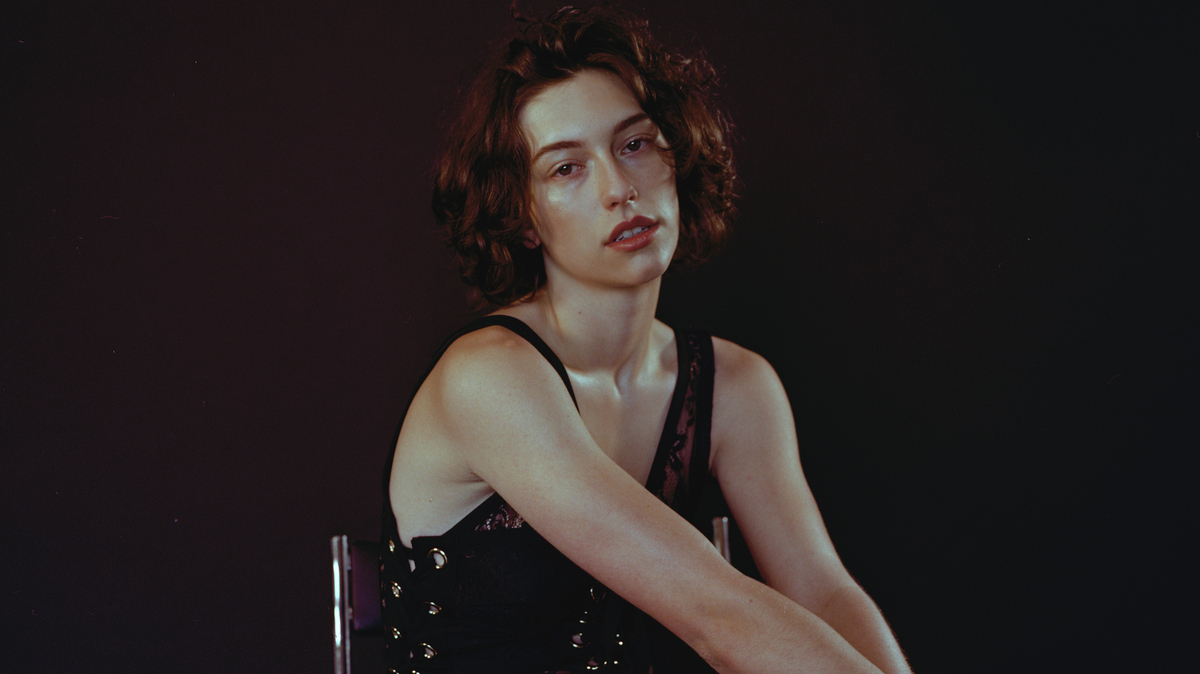 Vince M. Aung/Courtesy of the artist

"It was really important to me to write about what happened," Mikaela Straus, the musician known as King Princess, says, referencing being thrust into a career that she wasn't as prepared for as she'd imagined.

Straus' debut single, "1950," dropped in February 2018 with little-to-no promotion from her label. "They were like 'We're just going to put it out and see what happens,' " she says. What happened is that people listened — the first week after its release, "1950" reached a million streams. After that, the pace increased by almost a million streams a day.

The aftermath of that breakout became the inspiration for her first full-length record, Cheap Queen, which she wrote and produced in full and released this past Friday. Aside from going on tour and posing for photo shoots, things she had never done before, Straus says she was "asked to be public."

At the time she wrote "1950," during a stint in college, Straus had been fielding meetings with record labels for almost half her life, but that didn't mean she was necessarily ready for the spotlight. In fact, she's most used to working behind the scenes.

Straus grew up in Williamsburg, Brooklyn, splitting time between her parents' places — one of which was her dad's recording studio, Mission Sound.

"It was really cool to grow up with my toys being recording equipment," Straus says."I think for a kid, it's really magical to be around that many buttons and lights and pieces of gear."

With her dad at the console, Straus began recording when she was little, a working relationship that continued as she grew older and started to take music more seriously. "It was cool because I could be like 'I'm going to record a f****** crazy guitar solo' and he'd be like 'Yeah, here's the right amp for that,' " she says.

As King Princess, Straus was the first signee of Mark Ronson's Zelig Records, an imprint of Columbia Records. Her stage name, she says, is "a dichotomy. It's two things [that are] meant to be different, smashed into the same person."

That describes both the person and the music she makes.

When Straus says she was "asked to be public," a lot of the misgivings she had in the midst of her accelerating fame stemmed from concerns of the privacy of her romantic life. It's ironic that the song that put her in this bind addresses the same fears.

"I wrote ['1950'] with the idea of unrequited love and how queer people, even when you're allowed to be romantic with people in public — even when there's not an imminent safety threat — there's still this repercussive trauma from our history that bleeds into how we treat each other in public spaces," she says.

Straus was inspired by those contradictions — love, its presence or absence, its ability to be expressed or not — after reading The Price of Salt by Patricia Highsmith.

"I was so compelled by the story," Straus says. "It popped into my head that 'playing 1950' could be a metaphor for unrequited love."

This time around, requited love and its dissolution are central themes on King Princess' new release. "It's a full-heartbreak record," she says. "Full heartbreak, honey! Start to finish."

Straus wrote 40 songs over the last year, cataloguing her experience navigating the music industry as well as "a catastrophic break-up," although originally many of the tracks were love notes rather than anthems for heartache.

"Homegirl," for instance, is about "this feeling of being gay and, regardless of whether you're comfortable with it or not, the way that the world perceives queer love in public can be brutal," Straus explains. "Men can be really nasty and disrespectful. I think writing that song was really cathartic. It's sad, but there is a moment of empowerment within it where I realize and recognize that regardless of how I'm going to be treated in public with you by men, I'm not going to act that way towards you."

"If you think I'm going to act like those boys," she sings on the track, "I'd never."

The role of "Homegirl" in the King Princess discography epitomizes what this artist means to an increasingly vocal community of people who hunger for music that adequately expresses their experiences.

"I wasn't going to put [it] on the record originally," Straus says. "But I went on Twitter and there were all these angry gay kids being like 'Justice for "Homegirl"!' I was so incredibly flattered and so moved by the fact that this was a song I played on tour, for two tours, and then stopped playing, and there were kids who liked it so much they were out here petitioning on Twitter.

"People are trying to understand [queer music] as though it's a subgenre within the music community, like people are setting out to make queer art. It's like, 'No, honey,' " Straus says. "When something is your identity, if you're writing in a way that is authentic, then that identity is embedded within the music. There is no choice. There is no separation ... you can't remove that part of yourself.

"I've noticed," she continues, "And what I'm so proud of about this record is that, when I listen back, I feel like my gender queerness is just woven into the tapestry of the music. It's not about my gender queerness, it just is. It is. It is a part of me. When I write, the words I chose — literally down to the words I chose to describe things — reflect that identity."

"I hope that people start to see identity in music as just a fact. It makes it seem like straight music is the norm, and I'm bored. I'm bored of that."

Cheap Queen is out now on Zelig Records.

NPR's Denise Guerra and Ned Wharton produced and edited the audio version of this story.