Accessibility links
Giving Schools — And Students — The Tools They Need In The Fight To Save The Planet A recent conference on climate change focused on the ways teachers, scientists and activists can help the next generation shape a comprehensive approach to the fight against global warming. 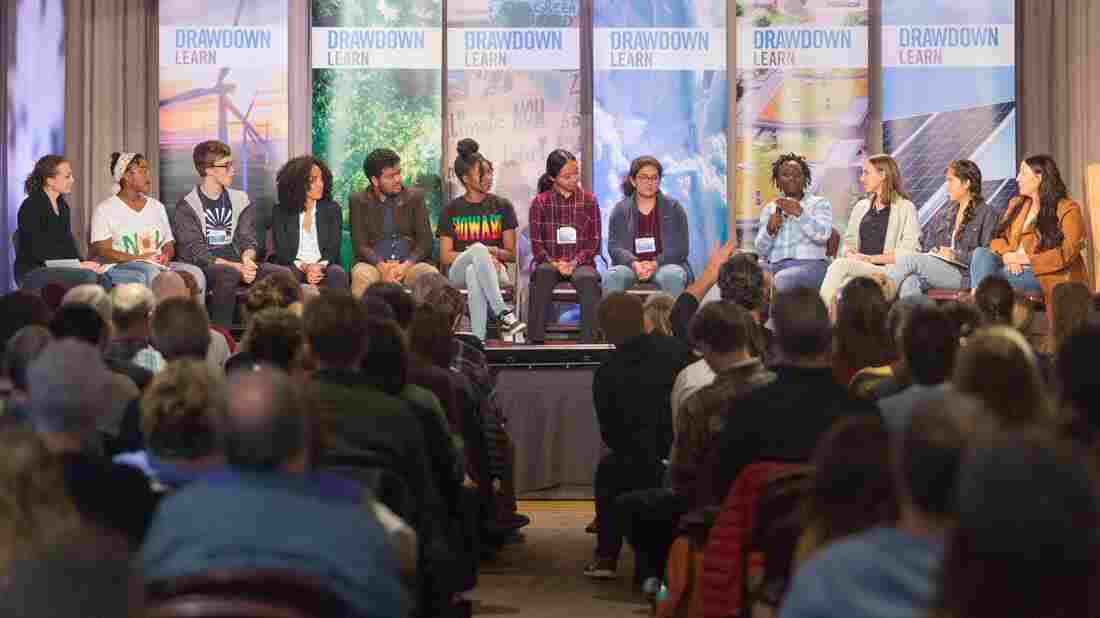 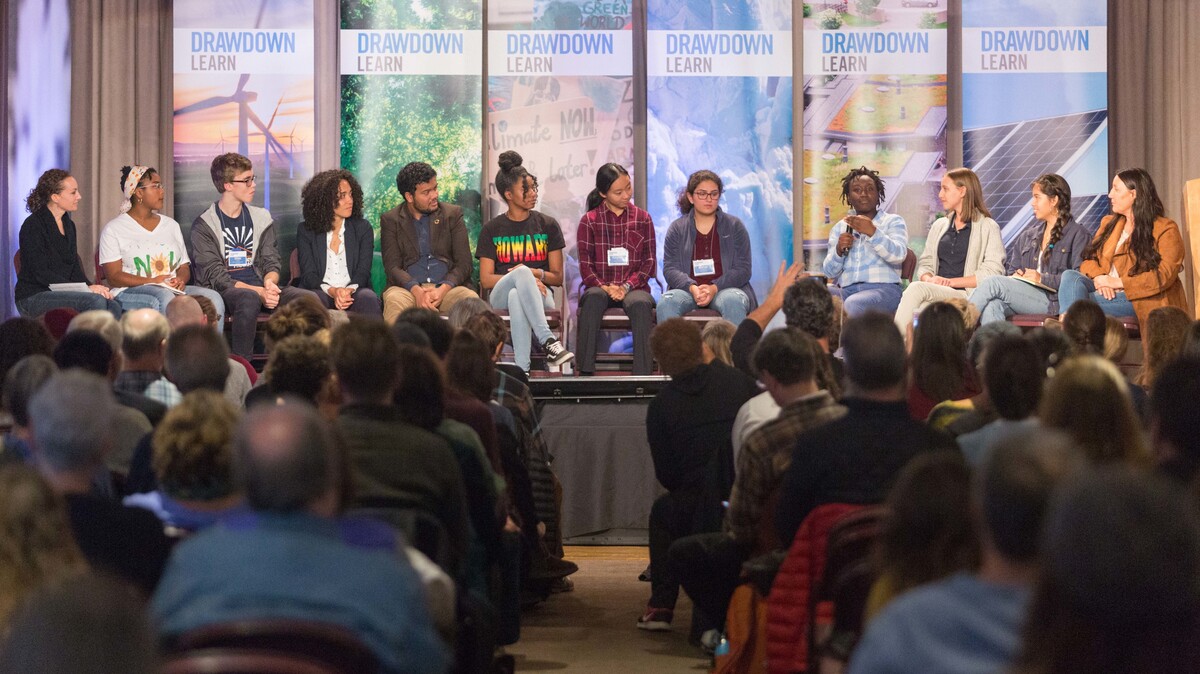 If you want to get students fired up about climate change, poop is a good place to start.

At a conference on climate and education at the Omega Institute in Rhinebeck, N.Y., participants got to see that principle in action. A highlight of the gathering was a tour of the Omega Center for Sustainable Living, which features an ultra-modern, chemical-free wastewater treatment system. It's a long room with stone walls and large windows that uses plants, bacteria, algae and snails to treat the wastewater from 25,000 visitors a year and return it to the local aquifer. It looks more like a botanical garden than a sewage plant.

The system needs adjustment from time to time, notes the institute's CEO, Robert "Skip" Backus. For example, he says, "we had to stop serving so much corn in the dining hall."

Over the years, hundreds of students — from elementary grades through graduate school — have come to see how it works, and it serves as a reminder of the importance of teaching climate change from the point of view of solutions, says Laura Weiland, the center's director: "Unless we actually engage people and have the necessary training and outreach, the critical nature of what needs to happen in the next decade is not going to be possible."

Which, in the big picture, was a key message of the second annual Drawdown Learn Conference, sponsored by the Omega Institute, a nonprofit educational center, in partnership with the nonprofit climate organization Project Drawdown. The conference brought together high school students, teachers, indigenous leaders and policy experts, librarians and scientists.

The gathering took place weeks after students in hundreds of cities worldwide walked out of class to call for action on the climate, and at a time when parents and teachers in the U.S. say they'd like more teaching about climate change. An NPR/Ipsos poll earlier this year found that 84 percent of parents agreed children should be learning about climate change.

The sessions drew upon principles outlined in a 2017 book, Drawdown, produced by a team of researchers that analyzed data to rank the 80 most important solutions for climate change and environmental regeneration, plus 20 more speculative ones. No. 6 on that list is girls' education.

"The classroom is such a powerful place for bringing together the multiple dimensions of this topic," says Katharine Wilkinson, senior writer of the book and leader of communications and engagement at Project Drawdown. "So often, when we talk about climate, we're talking about policy and politics and science and technology. But this is so much an issue of psychology and values and ethics as well."

How To Talk To Kids About Climate Change

Schools, she adds, "are places where all of these different facets of human beings come into one place, and I think teachers have an incredible capacity for helping students grapple with and understand these dimensions."

Those dimensions, as explored at the conference, covered a wide range of approaches, including: vocational training for wind technicians; advanced physics and engineering; theater as a tool for more effective political protest; and law students taking on indigenous land rights and conservation.

Frank Niepold, a former teacher who has been involved with education and outreach at the National Oceanic and Atmospheric Administration since 2005, said that while environmental education efforts date back to the 1970s, things are different now. The momentum is bigger, he says, and it's coming not only from federal agencies like his own, but from libraries, museums and nonprofits. He cited recent progress at the state and district level, including efforts in California, Washington State, New Jersey, Delaware and Maryland. And internationally as well: At the United Nations Climate Change Conference in Bonn, Germany, in June, governments agreed to devote more resources to education and outreach. The country of Ghana, notably, is leading with a national climate education strategy.

The Omega Center's Weiland says it's critical to connect each local action to the global strategy, "so you never feel like you are a drop in the bucket."

Speaking of drops in the bucket, of course many public school districts around the country are feeling like their buckets are empty. Funding has yet to return to pre-Great Recession levels. The pay discrepancies that have driven teachers to strikes and protests across the country, Niepold noted, are pushing science teachers in particular to leave the profession faster than new ones can be recruited.

"We have big structural issues like teacher pay and respect. Education is clearly going to have to be a priority" if effective climate action on the scale that the science requires is going to happen, he says.

"If you talk to [school] strikers, they're going out and doing this work but when they come back to school they're frustrated," says Niepold. "They're feeling like, please help me get knowledgeable and skillful to address this issue. It's an important part of the story."

Kathleen Hall, 17, and 15-year-old Marian Decker were part of a large group from the local Rhinebeck public schools attending the conference. Last spring, their high school competed against dozens of others and won the Project Drawdown Eco-Challenge. Hall and Decker helped organize hundreds of their fellow students, who earned points for actions like taking the bus instead of a car, or starting to compost at home.

They called the conference, and Drawdown's emphasis on solutions, "inspiring," although Hall worried the strong focus on equity and feminism might "push some people away, even if it brings other people in." Her classmate agrees: "Our town is really mixed" politically, says Decker. Hall said she was heading to a conference session hosted by Penn State University, which has become known as a green leader — she is looking at colleges and hopes to study environmental engineering.

A previous version of this story did not make clear that it is girls' education that is No. 6 on the list of the most important solutions for climate change and environmental regeneration.