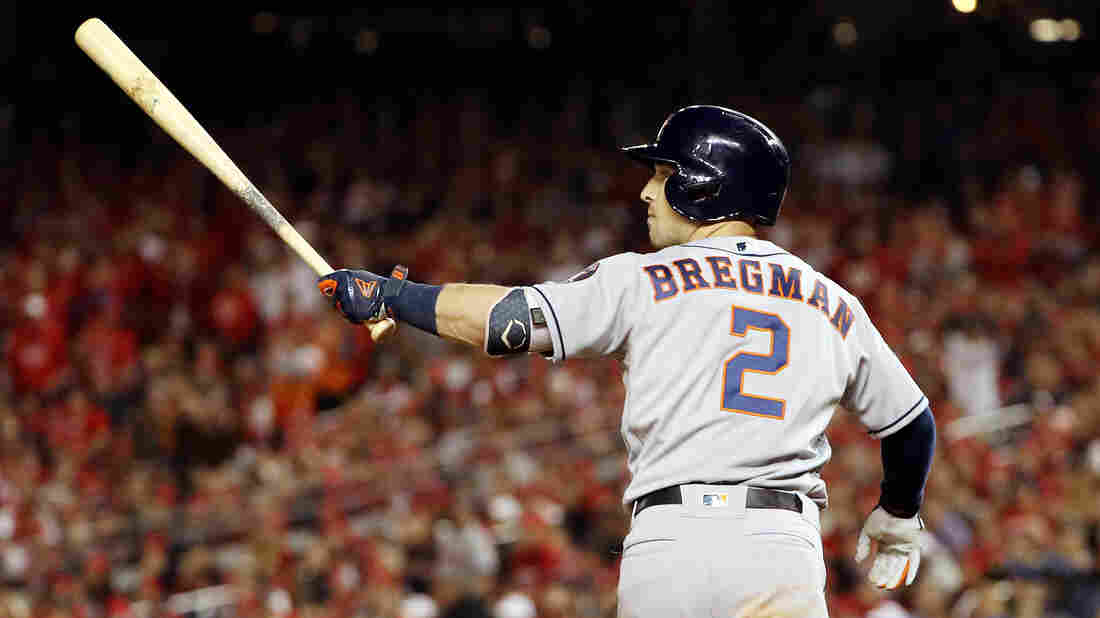 Alex Bregman of the Houston Astros hits a grand slam during the seventh inning in Game Four of the 2019 World Series at Nationals Park on Saturday. The World Series is now tied 2-2. Patrick Smith/Getty Images hide caption 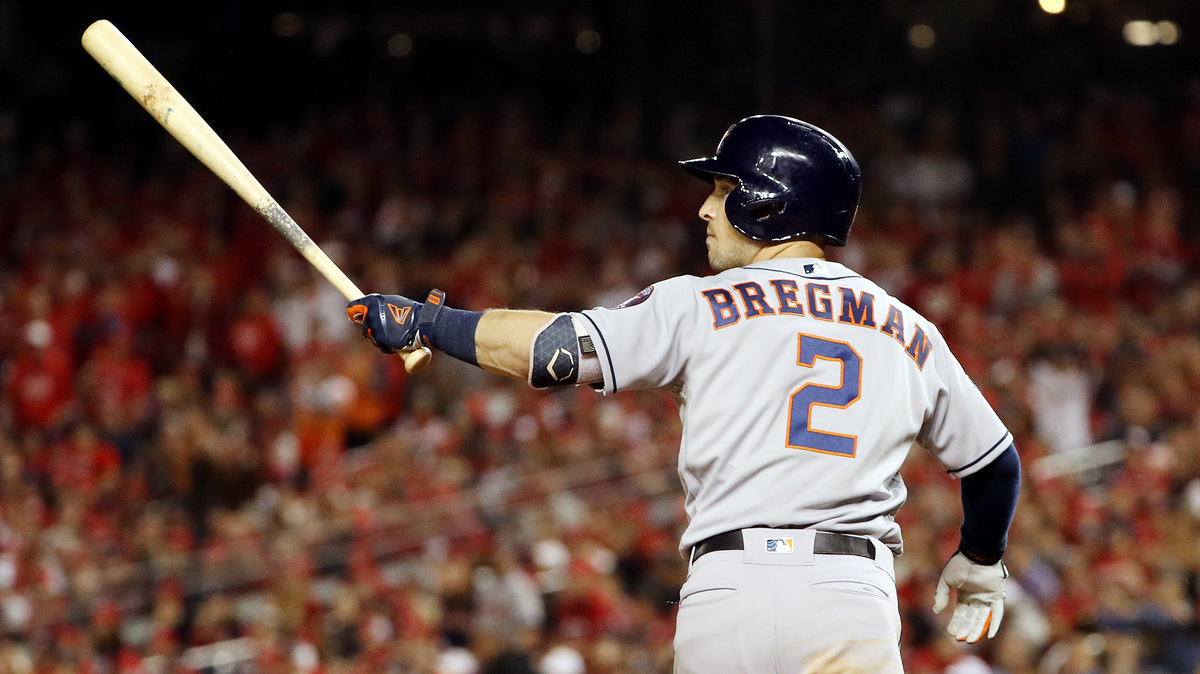 Alex Bregman of the Houston Astros hits a grand slam during the seventh inning in Game Four of the 2019 World Series at Nationals Park on Saturday. The World Series is now tied 2-2.

The Houston Astros beat the Washington Nationals 8-1 in Game 4 of the World Series to tie it up 2-2.

After losing the first two games at home, the Astros came back to win Game 3 in Washington and continued that momentum through Game 4.

Second-baseman José Altuve was the first Astro to get on base in the first inning while facing Washington's starting pitcher Patrick Corbin. Left-fielder Michael Brantley came up next with another single before third baseman Alex Bregman hit an RBI that gave the Astros their first run of the night.

First baseman Yuli Gurriel followed with an infield RBI single that brought in a second run for Houston. The Nationals got out of the top of the inning with a double play from Washington third baseman Anthony Rendon.

The Astros extended their lead to 4-0 in the fourth inning after a home run from catcher Robinson Chirinos that brought in shortshop Carlos Correa who had walked to first.

The Nationals faced rookie José Urquidy as the Astros' starting pitcher, but the Nats didn't score until the sixth inning. Facing Houston's Josh James, the Nationals saw two walks and one out before the Astros brought in Will Harris. Washington scored their first and only run of the game after a groundout to first by left fielder Juan Soto brought in Gerardo Parra.

The Nationals brought Tanner Rainey in to pitch during the seventh inning, but after two walks and one out he was replaced by Fernando Rodney. Rodney gave up a single to Brantley before Bregman stepped up to bat and hit a grand slam, further solidifying the Astros' lead 8-1.

The series continues in Washington with Game 5 on Sunday with the Nationals' Max Scherzer facing the Astros' Gerrit Cole.

Houston's win over Washington on Saturday ensures that the Astros will return home to Minute Maid Park for a Game 6.