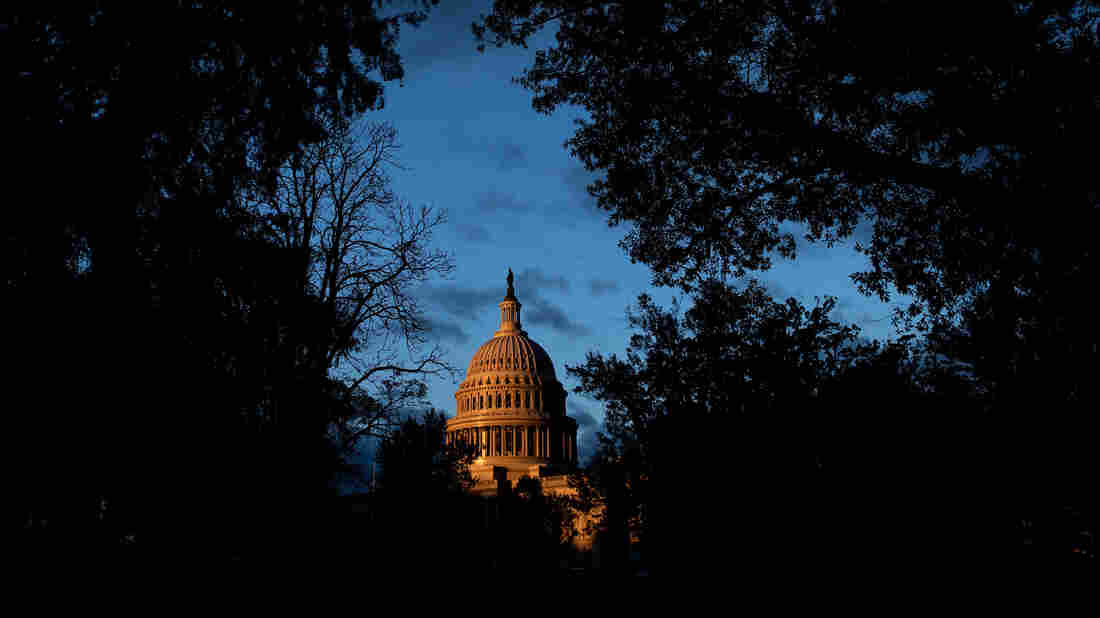 A view of the U.S. Capitol this month. Charles Kupperman, deputy to former national security adviser John Bolton, did not appear Monday to testify in the impeachment inquiry of President Trump. Brendan Smialowski/AFP via Getty Images hide caption 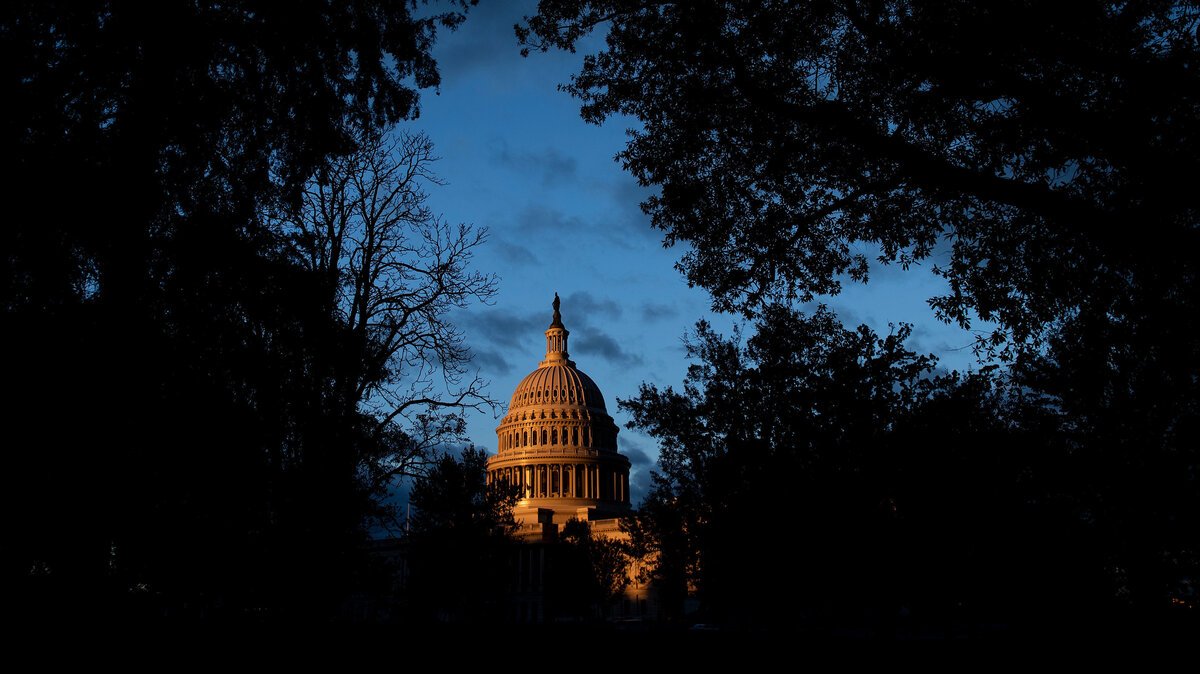 A view of the U.S. Capitol this month. Charles Kupperman, deputy to former national security adviser John Bolton, did not appear Monday to testify in the impeachment inquiry of President Trump.

Investigators in the impeachment inquiry of President Trump hoped to talk to Charles Kupperman on Monday. But the former White House official failed to show up.

As they gather evidence behind closed doors, House investigators had been expected to press Kupperman to corroborate key elements of a top U.S. diplomat's account that Trump built a shadow foreign policy team around his personal attorney, Rudy Giuliani, to pressure the Ukrainian president to investigate a political rival — and that Trump held up U.S. military aid for Ukraine as leverage.

But Kupperman, who had been the top aide to then-national security adviser John Bolton, filed a lawsuit on Friday describing himself as caught between two competing orders. He wants a court ruling on whether he should comply with the House subpoena to testify — or comply with a White House order to stay away because the nature of his job as adviser means he is exempt from the congressional order.

The chairman of the House Intelligence Committee, Rep. Adam Schiff, D-Calif., on Monday rejected what he called a ploy by Kupperman and the White House to play for time and keep Kupperman from appearing. But Schiff also said House Democrats don't intend to wait on this being resolved in court and they're prepared to move ahead with their impeachment inquiry.

"The lawsuit that Dr. Kupperman filed in district court has no basis in law ... we expect the court will make short shrift of that argument. Nonetheless, we move forward," Schiff told reporters.

Other members of Congress earlier on Monday left open the possibility that Kupperman could appear at some point.

"If the court says he has to come, he's more than willing to come," said Rep. Jim Jordan, R-Ohio.

But neither he nor Rep. Mark Meadows, R-N.C., would offer any timing guesses on how long the court process will take.

Kupperman's lawyer, Charles Cooper said in a statement Friday that his client "takes no position on whether the command of the Legislative Branch or the command of the Executive Branch should prevail; he seeks only to carry out whichever constitutional obligation the Judicial Branch determines to be lawful and binding on him."

House investigators called the lawsuit a stall tactic and accused Kupperman of working with the White House to stonewall Congress. They sent him a letter on Saturday saying their subpoena "remains in full force" and said Kupperman is legally obligated to appear on Monday.

"The deposition will begin on time and, should your client defy the subpoena, his absence will constitute evidence that may be used against him in a contempt proceeding," the impeachment inquiry leaders said in a letter to Cooper.

Kupperman's lawyer said the White House had no advance notice of the lawsuit and said it was not discussed or coordinated with anyone from the White House. "We believe the arguments of both Branches are substantial and offered in good faith," Cooper wrote, saying it would not be appropriate for Kupperman to resolve what he called a "momentous Constitutional dispute."

Nicholas Rostow, who served as legal adviser to the National Security Council in George W. Bush's White House, said he expected that the congressional subpoena would take precedence over the White House claim — but he cautioned that the court may take a different view.

"The court may say this is an odd duck because the House hasn't voted on whether this is an official impeachment inquiry, so executive privilege might still apply," said Rostow, who has long worked with Bolton and knows Kupperman. "It's a question the court may have to wrestle with."

People who know Kupperman say they don't expect him to be swayed by politics or ideology. Dennis Ross, a former ambassador and top adviser to Republicans and Democrats on Middle East policy, compared Kupperman to Sgt. Joe Friday from the television series Dragnet, a character known for sticking to the facts.

"Charlie has always been very conservative but also honest and a straight shooter," said Ross, who got to know Kupperman years ago when they both were doctoral students. "He has strong views like Bolton about Russia and Putin. Neither he nor Bolton would have turned a blind eye to what they saw as fundamentally inappropriate and wrong behavior."

Former Trump administration officials say Kupperman is known to follow procedures. He was an adviser to Bolton for more than 30 years and served various roles in President Reagan's administration, including in the White House and on an advisory committee on arms control.

Kupperman worked as an executive at defense contractors Boeing and Lockheed Martin before joining the Trump administration in January. He left the White House on Sept. 20, 10 days after Bolton and Trump parted ways.

Kupperman has expressed some controversial hard-line views in his past work with Frank Gaffney, the founder of the Center for Security Policy, who has advocated curtailing immigration and has repeatedly denounced Muslims, according to a former Bush administration official. But the former official said Kupperman was also known to be "quietly instrumental" in helping to strengthen and build National Security Council staff during his time in Trump's White House.

He started at the National Security Council two months after Bolton's first deputy, Mira Ricardel, was pushed out of her post following an argument with first lady Melania Trump's office.

Despite their political differences, Ross said he never knew Kupperman to be anything but straightforward.

"It'll be the real facts," Ross said. "It won't be something else. It won't be alternative facts."