Accessibility links
Driver Of Truck Found With 39 Bodies In U.K. Is Charged With Manslaughter Maurice Robinson, 25, of Northern Ireland will appear in court on Monday after being charged on Saturday. So far, four others have been arrested in connection with the alleged human smuggling ring.

Driver Of Truck Found With 39 Bodies In U.K. Is Charged With Manslaughter

Driver Of Truck Found With 39 Bodies In U.K. Is Charged With Manslaughter 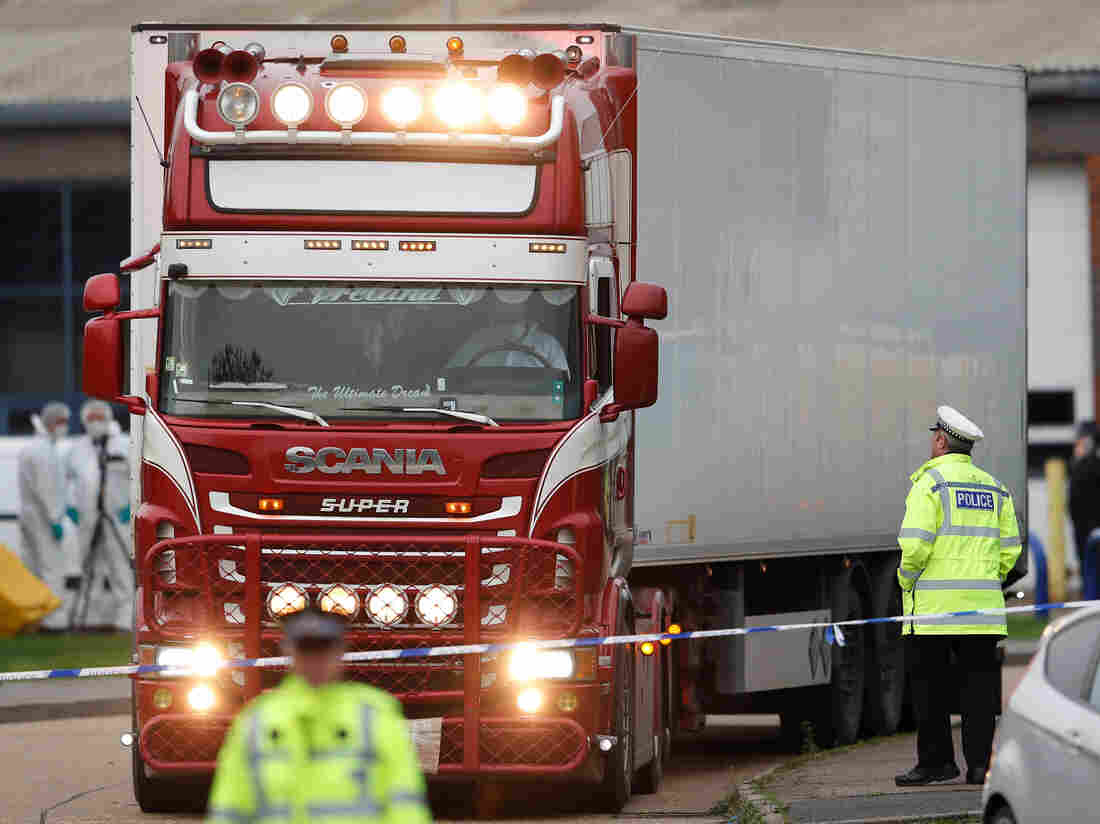 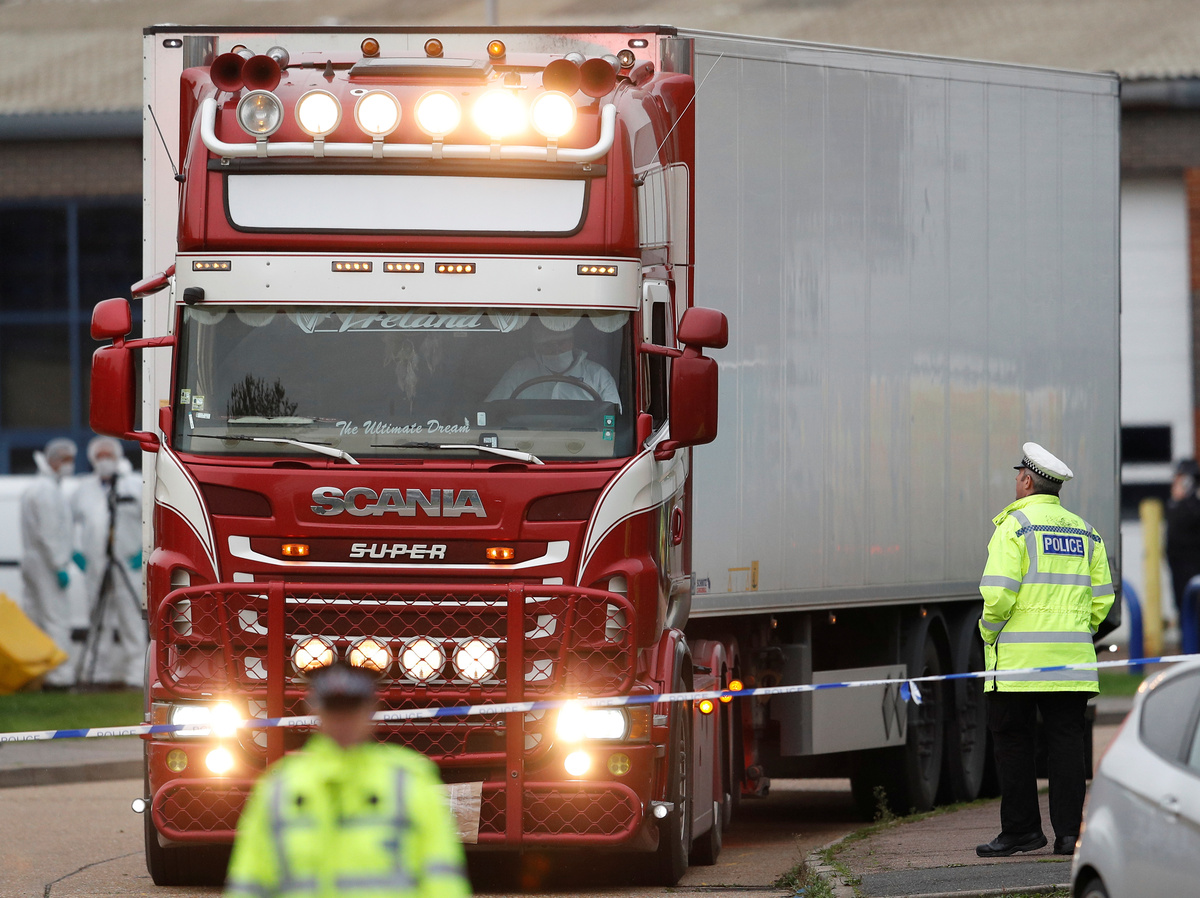 Police move a semitruck container where the bodies of 39 people were discovered in Grays, England, last week.

The driver of a refrigerated truck container that was found to contain the bodies of 39 migrants in southeastern England last week is set to appear in court on Monday to face charges of manslaughter, trafficking and money laundering.

Maurice Robinson, 25, of Craigavon, Northern Ireland, was arrested last week when the bodies were first discovered in Grays, England. He was charged on Saturday.

Essex lorry deaths: Man due in court over 39 deaths https://t.co/XBfKvcgXpi

His arrest was announced immediately after another man from Northern Ireland was arrested at the Dublin airport. Police are calling that man a "person of interest" in their investigation.

Robinson, known as Mo, is being charged with "39 counts of manslaughter, conspiracy to traffic people, conspiracy to assist unlawful immigration and money laundering," officials said.

His friends and family have said he is innocent, according to The Guardian.

Initially, the police said the victims – 31 men and eight women — were thought to be Chinese. However, about two dozen families in Vietnam have reported missing family members to authorities in England, according to the VNExpress website.

Police are conducting DNA tests to try to positively identify the remains, while authorities in the north-central province of Nghe An, in Vietnam, have taken samples of hair and fingernails from people who believe their family members may be among the dead. Thirteen people from one district in the province have been reported missing.

"We are working hard to understand how the 39 victims of this tragic incident have died and to identify all those involved," Detective Chief Inspector Martin Pasmore said, according to The Associated Press. "We remain open-minded as to nationalities of those who have died. We are asking anyone who may have information that may assist us in identification to come forward to us."

Robinson is the latest of several people arrested in connection with an alleged human trafficking ring.

On Friday, police made three arrests — Joanna and Thomas Maher, a married couple both 38, from the northern English town of Warrington; and another man, 46, from Northern Ireland, who has not been named. All three, who were released on bail on Sunday, are linked to the case.

The Guardian, citing sources, said GPS data show the vehicle appeared to have been traveling between ports in France and Belgium to the U.K. and Ireland.