Accessibility links
Stream The Week's Best New Songs From Torres, Julien Baker, Illuminati Hotties : All Songs Considered This week's mix from All Songs Considered somehow took on a dog theme, beginning with a board game from the band PUP, where every move leads to failure and disappointment. But the music's still good! 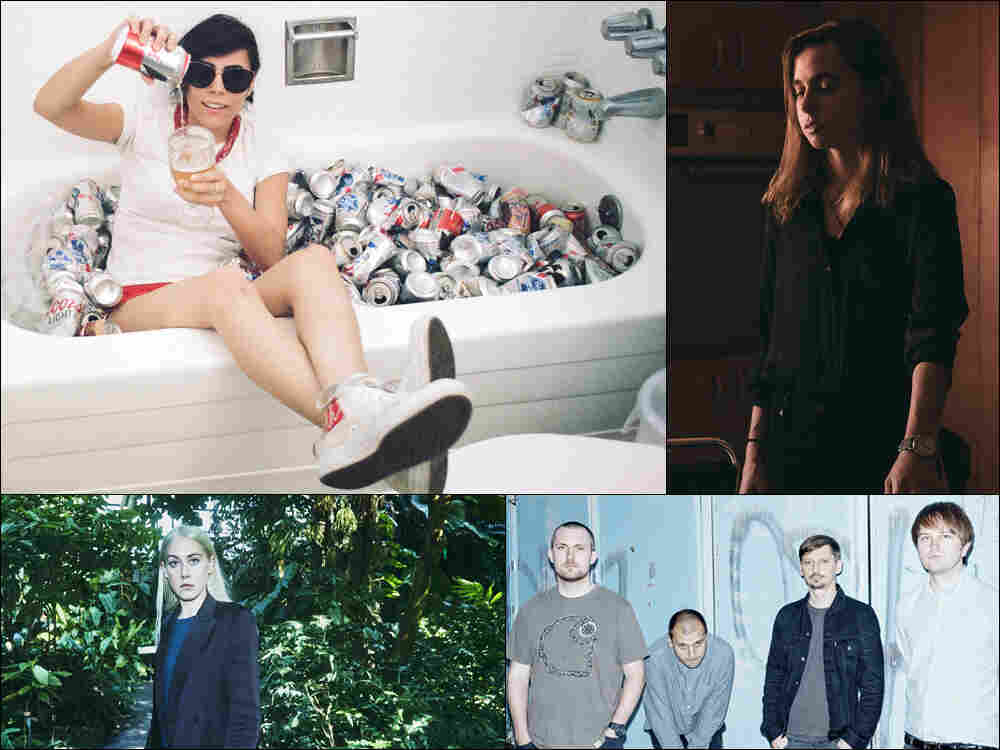 The show has indeed finally gone to the dogs. Lyndsey McKenna and Marissa Lorusso kick off this week's episode playing "Full Blown Meltdown." It's not a song, it's a board game found in "PUP THE ZINE," a magazine from the Toronto band PUP. What follows is a set of songs and artists that quickly felt like best friends.

Illuminati Hotties have a freshly inspired song called "ppl plzer," with all proceeds made from the track going to the to suicide prevention group The Trevor Project.

Frances Quinlan, from Hop Along, has her first solo album; Julien Baker's "Tokyo" is as hypnotic as it is climactic; and Lucy Dacus celebrates Halloween with a cover of the ubiquitous hit "In The Air Tonight" by Phil Collins. (She also explains the connection to Halloween.) We also play the first new song from the just-announced Torres album, Silver Tongue and share music from a new artist to love called Squirrel Flower.

We close with a band from Gdansk, Poland called Trupa Trupa that makes music filled with what band leader Grzegorz Kwiatkowski calls "vital pessimism." It's music with a growl.

It's all dogs considered.

6. Squirrel Flower: "Red Shoulder" from I Was Born Swimming

7. Trupa Trupa: "Dream About" from Of the Sun